All the medallists and extensive analysis from the latest Malbec-only tasting from the Global Masters, featuring the best samples from Argentina and Chile, and a surprising discovery from Spain.

The Malbec revival may be a recent phenomenon, but this single grape has already been through several phases. In fact, during the course of this century alone, it has swung to stylistic extremes, before settling into a happy medium, meaning that the development of Malbec has many similarities to Chardonnay’s changing character over the same period.

What’s the basis for such a statement? It’s an opinion formed from many years of Global Masters tastings for both grapes – and you can read more about Chardonnay’s style today on pages 68-73. As for Malbec, there was a point in the past decade when it seemed that being bigger was definitely better. This applied to fruit sugars, new oak percentages, alcohol levels and, it should be noted, bottle weights too. The result was something heavy in every sense, as well as deeply red, powerfully flavoured, tannic, sometimes slightly raisined, and definitely sweet to taste, mainly due to the amount of vanillin extracted from the brand new barrels. Like it or not, one couldn’t fail to remember it, and Malbec on a label became a shorthand for juicy, rich red wine. Ally that style to marbled steak, and you had a highly successful partnership that catapulted Malbec on to the global stage, but particularly in major wine-importing markets where red meat is consumed widely – so the UK and US.

As for the source of such a memorable wine style, that was Argentina, specifically Mendoza, and its sub-region Luján de Cuyo. This warm region on the outskirts of the city of Mendoza, home to the country’s oldest plantings of Malbec, was ideally suited to producing concentrated reds.

However, with time, the style and sourcing of Malbec changed. Indeed, a few years ago, our Global Malbec Masters was seeing a new type of Argentine red. This was a lighter style, sometimes with peppery flavours similar to Syrah from the Northern Rhône, or a hint of celery and spicy salad leaves, like rocket, suggestive of fruit that hadn’t reached full ripeness. This was partly a result of cooler Argentine climes, primarily a widespread move into the high-altitude Uco Valley, and partly due to the winemaker, who was intent on finding a fresher, tighter, sharper style of Malbec by picking earlier. A less structured red was also evident, achieved by reducing the influence of barriques and handling the grapes in a gentler manner during fermentations – less pumping and pushing of the must will lower the tannin extraction.

The shift in our tastings notes was marked. While common descriptors had included ripe, fleshy black fruit, creamy coconut, dense tannins, warming alcohols, and glass-staining colours only a few years ago, a scan over the judges’ tasting notes more recently would see words appearing regularly such as red cherry and plum, medium-weight, green pepper, and celery leaf. In a fairly short period of time the Argentine Malbec style had shifted from forceful red to restrained wine, and division among the judges was evident as some welcomed the brighter style, others saw the more herbaceous elements as a weakness.

So what about now? Following a day spent tasting mostly Argentine Malbecs from a range of sources within this country, and across all price bands, it appears that this grape has found a middle-ground. Yes extremes in style are still evident, but for the most part, the Malbec making its way on to the market today has ripe, juicy red fruit, firm tannins, a touch of toasty oak, and a pleasant hint of spice. It is neither too sweet, nor too lean. And it is identifiably Malbec, with its deep colour, and firm structure.

From my own perspective, I’m pleased to see Malbec has found a sweet-spot. Although I could understand the urge to experiment with a light, even slightly green style of wine, there are plenty of reds that deliver such delicacy, particularly with the fast-development of cooler-climate Syrahs from the New World. In my view, Malbec’s strength, particularly when sourced from Argentina, is its ability to create a concentrated, structured red, and one that can happily carry high-toast new oak. It is also this type of wine that made Malbec identifiable, and successful. In the same way that most consumers won’t choose a Chardonnay when they want a delicate white, few would opt for a Malbec when they desire a light red.

As for backing away from extremes in ripeness and oak-influence, that is a healthy evolution for the top end examples, where it would be a shame to lose the fresh fruit flavours from high quality grapes, either by leaving the bunches on the vine so long that the inherent berry characters get baked, or through burying their appeal beneath a wave of barrel-sourced scents and tannins.

With such an extended stylistic analysis concluded, what were the sources of Malbec greatness in our 2019 tasting? While this tasting was primarily a health-check on the state of the grape in Argentina, there were some other countries that surprised the tasters for the quality of their Malbec. With the grape’s popularity assured, more places have been trying their hand with Malbec, while its native home, Cahors in South West France, has seen producers work to create a richer style of red from the grape – one that’s more in line with the character achieved with ease in Argentina. By way of example, last year’s Malbec Master was from Château Lagrezette – a historic Cahors property with Michel Rolland as consultant. But this year, although not a Master, the judges were amazed to find a Malbec from Spain rubbing shoulders with respected Argentine names from Norton to Colomé and Salentein. Gaining a Gold in the £20-£30 price band was Bodegas Clunia in Castilla y León, which had crafted a ripe, dense, toasty, juicy and structured red to rival the finest in South America. It was also the highest scoring sample from outside Argentina.

As for those that weren’t from this Latin nation, there were some good Malbecs from Chile – with medals awarded to Viñedos Puertas, Via Wines, Viña Indomita, Concha y Toro, Viña Cremashi, Viu Manent, Viña San Esteban and Morandé. There was also a delicious example from Wakefield Estate in Australia’s Clare Valley, which picked up a Silver, as did, much to the surprise of the judges, an example from Burgenland in Austria, made by Kraft aus Rust, and loaded with plum and cherry fruit, along with a peppery spice, not unlike the wines from this nation’s flagship red grape, Blaufränkisch.

Within Argentina, it was notable to see the breadth of Malbec styles, with this year, the competition’s first ever white Malbec – a fascinating arrival to the category with an oily texture, and peachy fruit.

Among the Malbec Masters for 2019, it was impressive to see Bodega Aleanna pick up this ultimate accolade for its El Enemigo Malbec sub £20, with the rest of this year’s Masters all awarded to wines over this price point, and mostly over £30.

The tasting proved a particular endorsement for the quality of Malbecs being made by Bodega Norton, but also Colomé, Atamisque and Salentein, along with Trapiche and Doña Paula. Interestingly, the latter two producers, who specialise in isolating special sites and bottling single vineyard Malbecs, gained strong Golds for their expressive wines. However, the Masters went to Malbecs that blended grapes from across a broader area, lending the wines a touch more complexity perhaps?

Having said that, among such stars of the day, was the single vineyard biodynamic Alpamanta Estate, which wowed for its fleshy cherry and blackberry frut, as well as tobacco and chocolate notes.

Another Master was awarded to Fincas Patagonicas, whose Black Tears Malbec is soft, dense and just plain delicious. While for me, the ultimate expression of the day turned out to be the famous Catena Zapata Malbec Argentino. The wine, which hailed from the 2017 vintage, was very much in its youth, with masses of taught tannins, but also intense pure blue, red and black berry fruit, and lingering characters of roasted coffee, pepper and plums. Certainly a great Malbec, but also a fine wine that’s capable of standing alongside the most celebrated reds of the world.

Over the following pages you can see all the medallists from this year’s competition, as well as comments from the judges (who are pictured below), and more information about the Global Sparkling Masters, including how to enter. 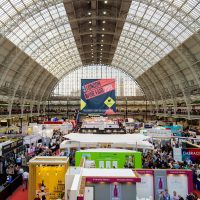 It’s official: The London Wine Fair 2020 has been cancelled in its 40th anniversary year, with the UK’s next national wine show scheduled for 17-19 May 2021. 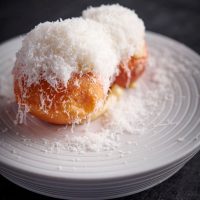 As lockdown in the UK continues, the hospitality industry continues to display ingenuity, from chef-led cook-alongs to wine therapy sessions. 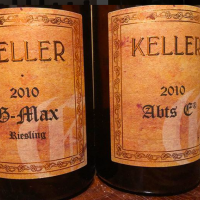 US restaurants are selling their trophy wines to survive Covid-19

A number of top US restaurants have taken to selling off some of the prized bottles from their cellars in order to stay afloat during the coronavirus crisis. 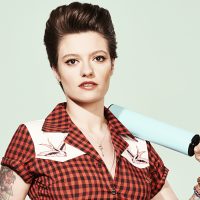 A new BBC cookery show hosted daily by Matt Tebbutt and Jack Monroe will advise viewers on how to make a little go a long way during the lockdown. 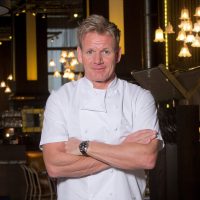 On 31 March, three restaurants under the helm of British celebrity chef Gordon Ramsay in Hong Kong announced their closure, effective from 1 April.

It’s official: The London Wine Fair 2020 has been cancelled in its 40th anniversary year, with the UK’s next national wine show scheduled for 17-19 May 2021.

As lockdown in the UK continues, the hospitality industry continues to display ingenuity, from chef-led cook-alongs to wine therapy sessions.

US restaurants are selling their trophy wines to survive Covid-19

A number of top US restaurants have taken to selling off some of the prized bottles from their cellars in order to stay afloat during the coronavirus crisis.

A new BBC cookery show hosted daily by Matt Tebbutt and Jack Monroe will advise viewers on how to make a little go a long way during the lockdown.

On 31 March, three restaurants under the helm of British celebrity chef Gordon Ramsay in Hong Kong announced their closure, effective from 1 April.