Alain Ducasse at The Dorchester 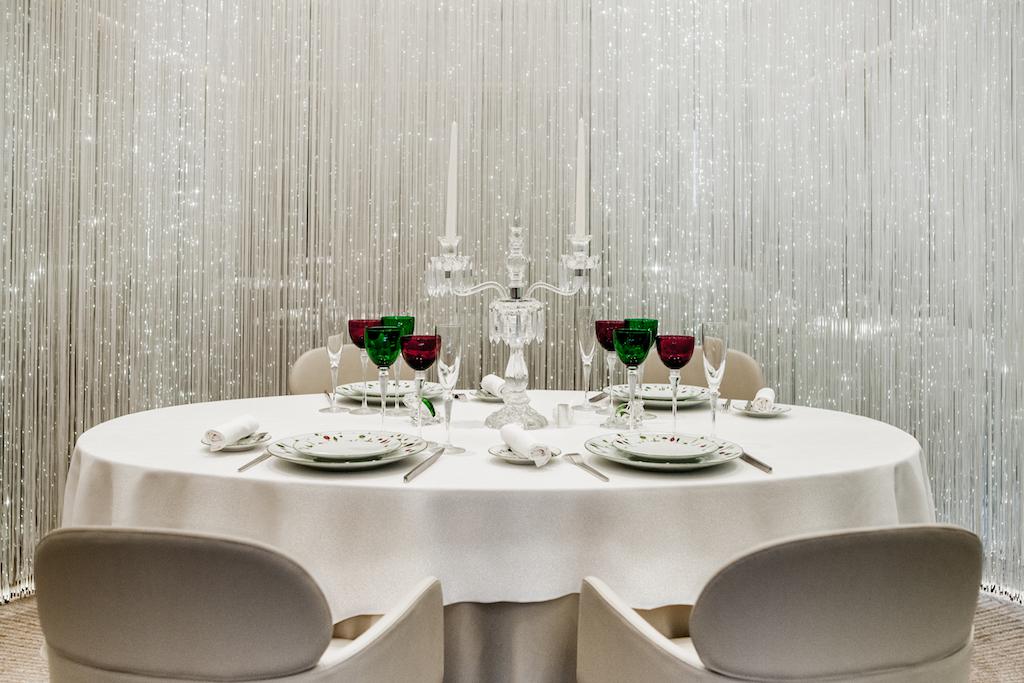 Beyond the celebrity bottles, value is to be found, particularly in the neat Chablis selection. Well over 100 wines roll in below and sometimes well below £100, including a very respectable rested white Lirac at £40 (Domaine Maby).

Belgian born head sommelier, Ruben Desport has been inextricably linked to the Ducasse international instrument of fine dining since beginning his vinous career as a 19 year old intern at Le Louis XV, Monaco. He also helped expand the list at The Grill at The Dorchester, a restaurant replete with its own soufflé menu. He also ascended to the top of the Eiffel Tower, pouring wines against views of the City of Light at Le Jules Verne before returning to terra firma on Park Lane where he currently co-authors the wine tome at Alain Ducasse at The Dorchester with group executive wine director, Gerard Margeon.

The 1,000 bin strong list celebrates classic French appellations while flirting with important pockets of terroir elsewhere. ‘Our focus is on wines displaying true origin and clear varietal expression,’ says Desport. ‘We tend to avoid heavy wines, preferring those with gentle oak influence, heralding purity, freshness and lightness. Most importantly, they must be food friendly.’

Logically, given this is a venue bestowed three Michelin stars, iconic producers are intrinsic, though Desport ensures evolution occurs throughout the list, ‘in relation to our London marketplace and customer’s expectations.’ It is this diversity, he says ‘which allows us to include many New World wines.’ Hence, expect, by the glass, Dom Pérignon, Boekenhoutskloof’s Franschhoek Sémillon, and an Australian Syrah from a wannabe fireman turned biodynamic winemaker. And by the bottle, expect to encounter Château d’Yqeum dating to wartime (1939), a rich seam of Burgundy including Coche-Dury and Domaine de la Romanée-Conti, a dalliance with the USA, big name Spain, including a gutsily Cirsion (Bodegas Roda) in magnum, and starry Italians. Also clocked, the really good still red from the house of Bollinger – La Cote aux Enfants  from Coteaux Champenois.

However, beyond the celebrity bottles, value is to be found, particularly in the neat Chablis selection. Well over 100 wines roll in below and sometimes well below £100, including a very respectable rested white Lirac at £40 (Domaine Maby).

Dishes, by Executive Chef Jean-Philippe Blondet, may include pot-au-feu with oxtail ravioli, Scottish Langoustines with citrus and Earl Grey, and venison rib and saddle with parsnip and peanut, then pudding of ‘Baba like in Monte-Carlo’.

Alain Ducasse at The Dorchester