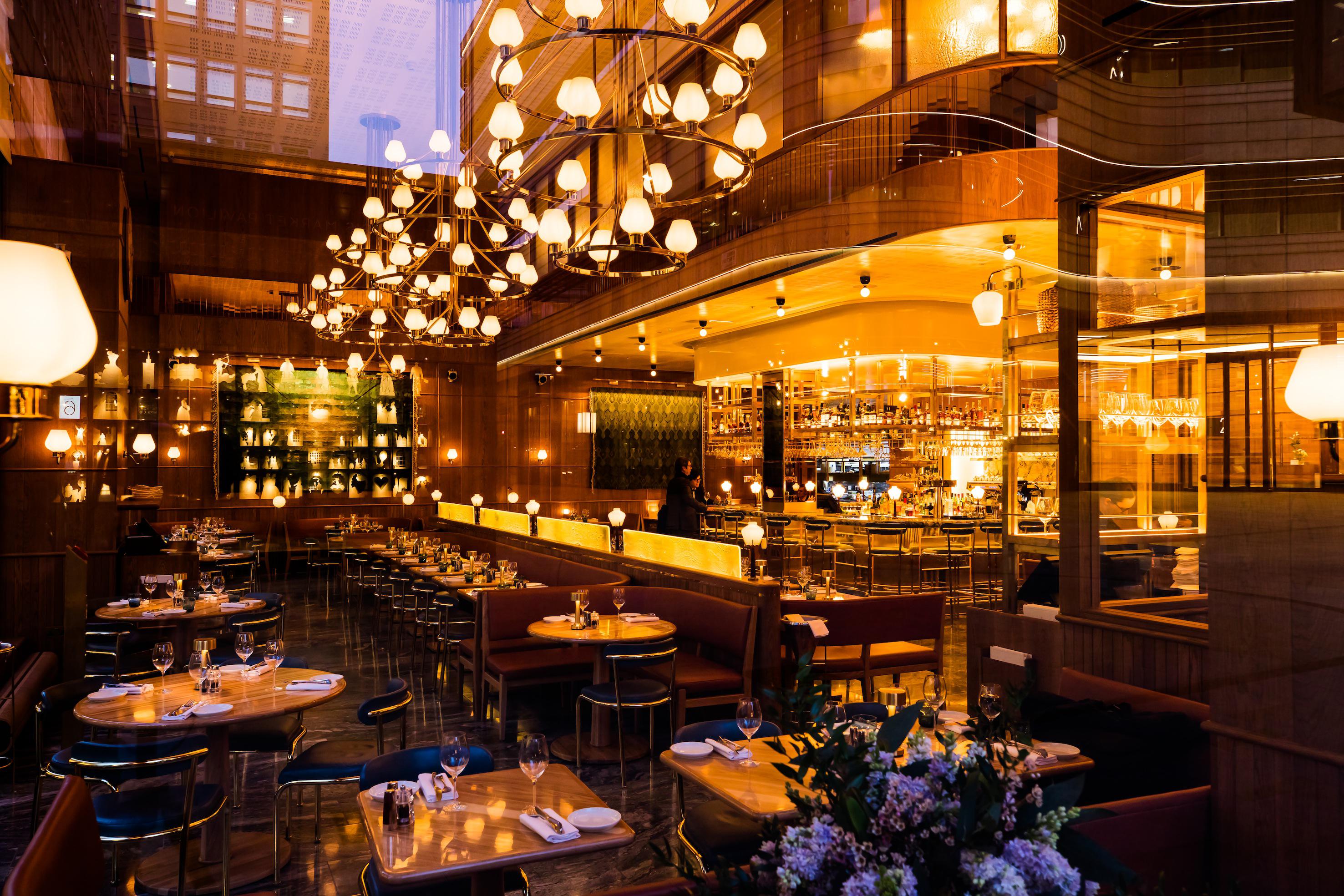 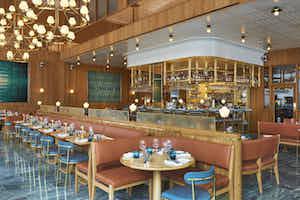 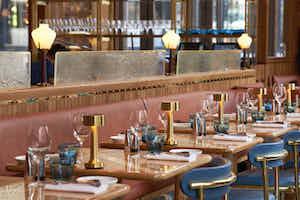 Impeccable, Nordic accented dishes may be partnered with an inspiring selection of aquavit or wines from a neatly laid out list, including Scandinavian winemakers.

Aquavit’s enthusiastic sommelier, Victor Almeida, previously ran his own wine bar in Barcelona, sourcing direct from Catalonian producers. He also worked at Alex Atala’s D.O.M. in São Paulo, and, Skylon, Berners Tavern and Park Chinois in London – ‘completely different places which helped me understand the complexity of the London market and prepare myself to take on this role at Aquavit,’ he says.

At the minimalist but glamorous, marble floored Aquavit, Almeida says he offers ‘a mix of well-known labels and small producers suited to everyone’s tastes.’ To get onto the list, the style of the wine needs first to make sense with the Nordic-accented food.

Excitingly, Almeida is working on introducing a section of wines produced by Scandinavian people around the world, ‘dedicated to these great producers who left their home to chase the dream of becoming winemakers.’

In addition to the regular aquavit masterclasses held at the handsome bar, Almeida is particularly proud of the Wine Mondays programme. ‘During these monthly tastings we pick four wines and pair them with some of our dishes. When we first started we had around 10 people joining us. Today we have over 30 each month, and we have received great feedback. So I suggest people come and spend their Monday with us – we can have a relaxed evening, drinking and talking about wines.’ Themes may include ‘women in wine’ and ‘the cult of natural wines.’

Dishes by chef Henrik Ritzén (formerly of Lutyens) may include a smorgasbord of Jersey rock oysters with elderflower, shallots and dill, perhaps paired with a ‘snap’ of enduring of aftertaste, Aalborg Dild aquavit, or blood pudding with lingonberries, bacon and lardo with, followed by starter of veal tartare with cauliflower and Parmesan, then duck breast with liquorice, carrots and fermented wild garlic as a main course, finishing with sea buckthorn panna cotta with meringue, perhaps dovetailed with a shared half bottle of Swedish Ice Cider (Brännland ‘34˚BX’).

Alongside the usual suspects of classic Bordeaux and Burgundy, there are curios such as, made with minimum intervention and strikingly packaged, LAS Portuguese Pirate Blend from 40 year old Touriga Nacional Tinto Cão and Souzão grown close to Geographe Bay, Margaret River. According to the importer, LAS incidentally referrs to the Luck of the weather, the Art of creating and the Science underpinning creativity.

Unsurprisingly given the name, there is a good selection of aquavits and aquavit-pepped cocktails within these warm wooden walls, such as the Scandi Mule and Aquavit Express, as well as Swedish whiskies, gin and vodka.