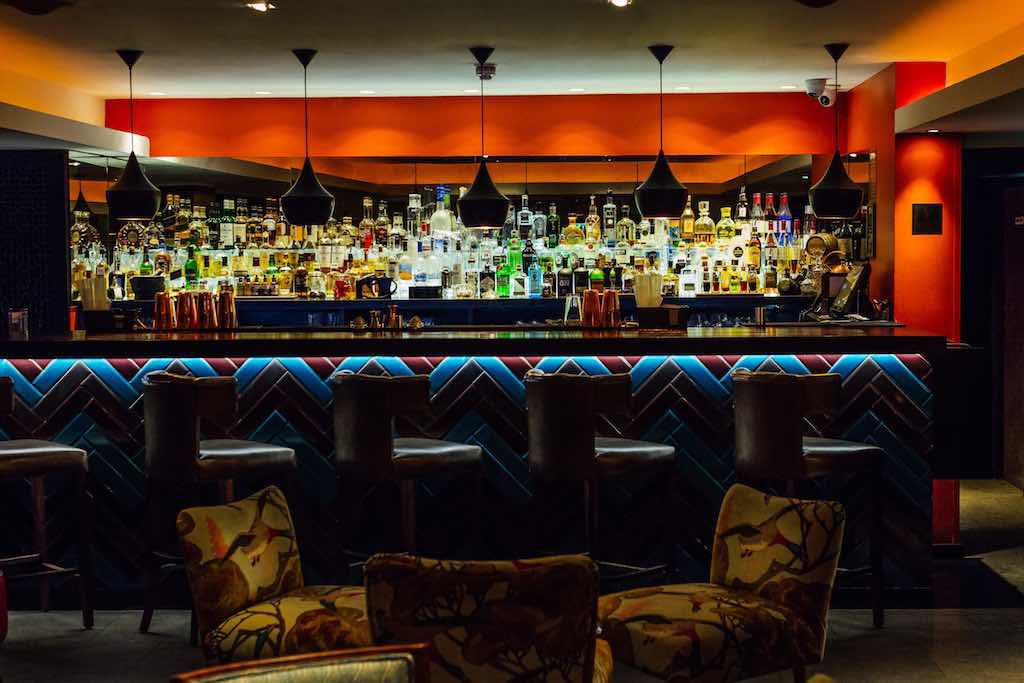 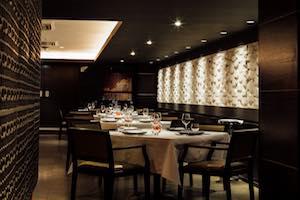 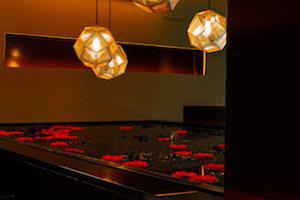 Despite having no windows, the modern Mayfair Indian feels luxurious and spacious, with a balanced list of wines designed to thrive with spice.

Beside a Rolls Royce showroom, a gold fringed doorway leads to the lobby of Mayfair’s ‘Benares’ restaurant, named after the north Indian city sacred to Hindus, Buddhists, and Jains. The chef, Atul Kochhar, became the first Indian chef to win a Michelin star in 2001.

Group wine buyer, Jeepson Lopes, previously of Quilon, is obsessed by ‘balance’, choosing wines based on how they compliment Kochar’s ever evolving Indian cuisine, best savoured from the luxurious private rooms which look onto the kitchen. ‘The traditional spices of our dishes work well with fruity, off-dry, creamy, buttery, well-rounded whites such as Ktima Gerovassiliou Viognier from Epanomi, Greece,’ says Lopes. ‘With reds, we’re looking for something light – think softer styles, such as Muddy Water, Waipara New Zealand Pinot Noir. And Syrah works extremely well with anything coming out of the Tandoor. Especially if it is older – wines with age tend to pair better with spices, which are at the core of Indian dishes.’

Lopes spends much of his time researching and visiting wine regions, being in constant dialogue with wine importers and merchants. ‘We are excited about building a better relationship with our producers through a programme of producer dinners.’

Highlights on the list include, via Coravin, biodynamic, Batàr (Querciabella), produced by industrial designer, Sebastiano Cossia Castiglioni, and bin ends such as Antinori’s Il Pino di Biserno, as well as, for those guests with an adventorous disposition and an extremely robust credit card, Yannick Alléno’s realisation of Le Secret des Grands Chefs (SGC), a blend endorsed by Gerard Basset MW and MS, amongst a good smattering of top-tier Bordeaux estates.

Also note the whisky trolley. ‘In Indian culture, people drink whisky with their meal instead of wine, traditionally,’ says Lopes. ‘We have exclusive whiskies and create whisky cocktails in the lounge.’ This space features a pea-pod shaped boat brimming with flowers; more blooms float in a wide water feature.

Upmarket Indian dining on Berkeley Square. The expense-account corporate crowd occupies most of the tables. Wine service is professional without being overbearing.