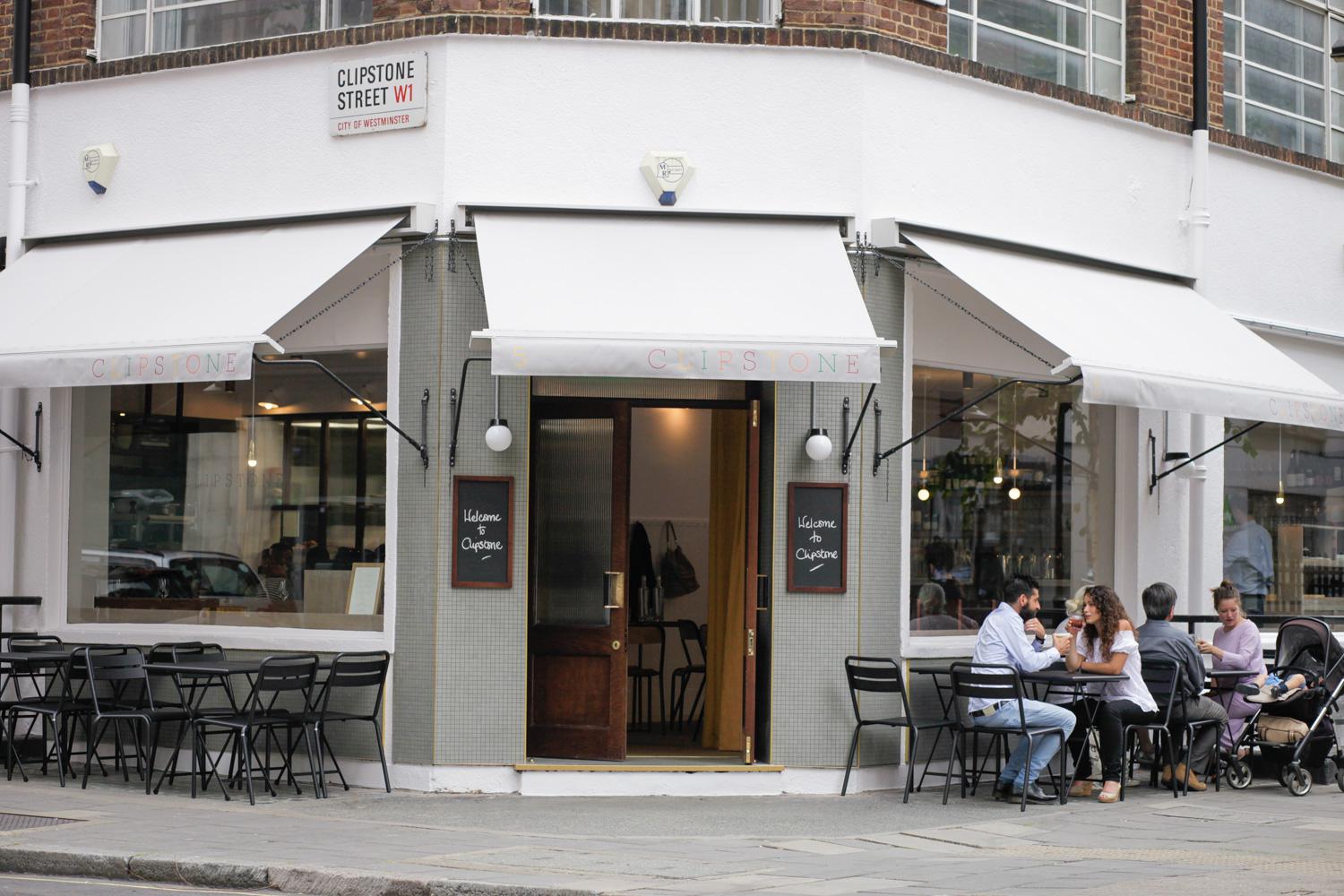 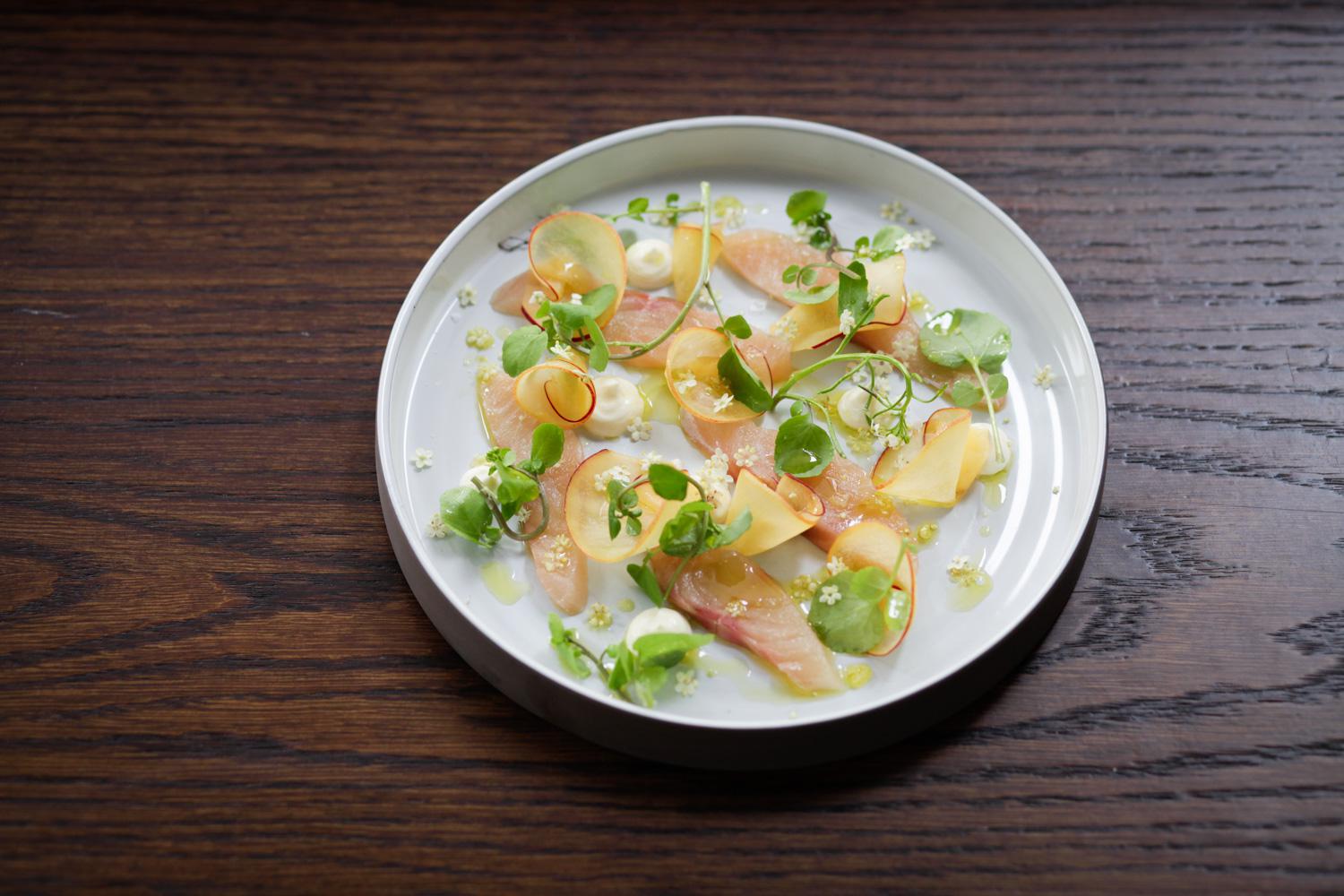 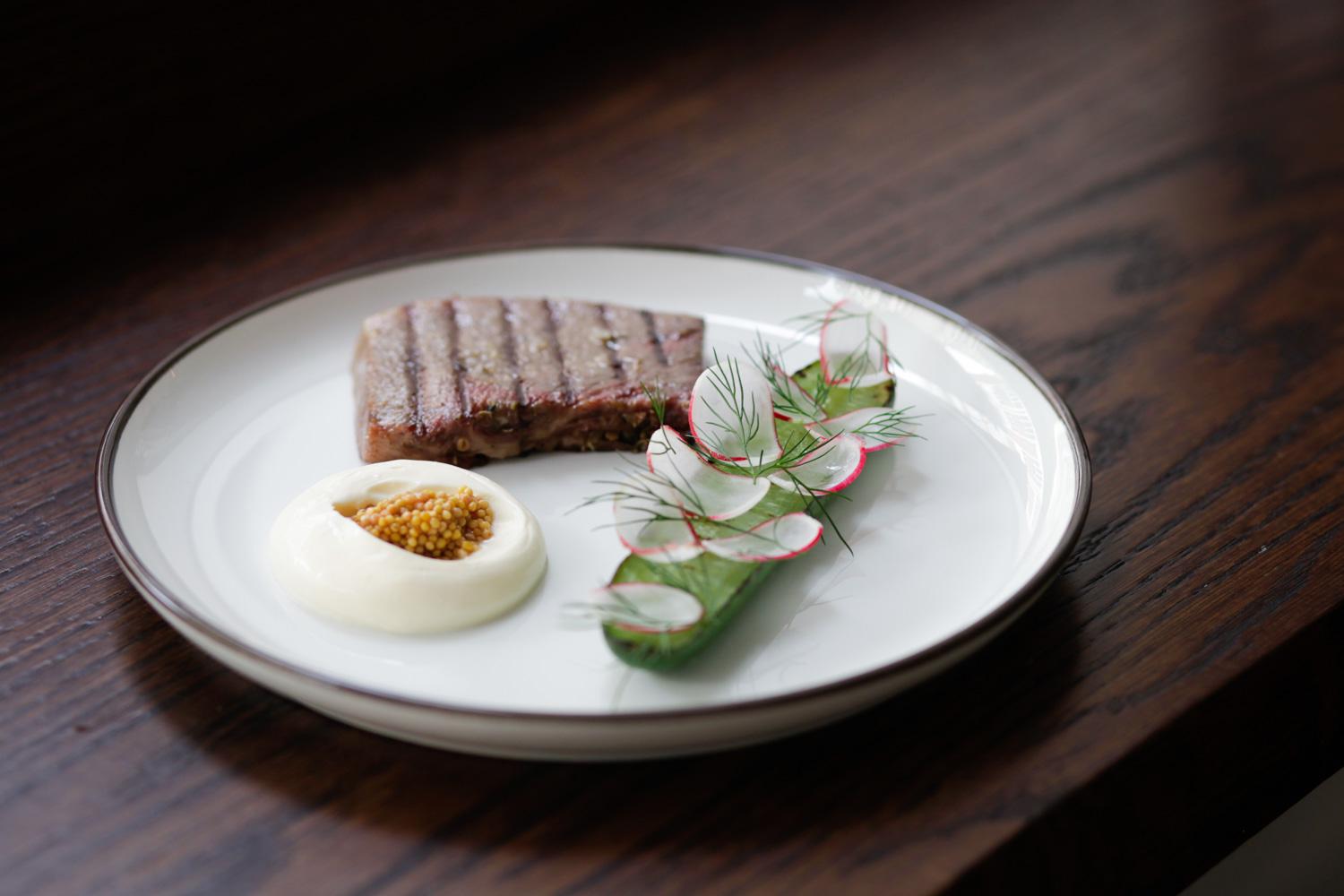 At bright, corner site, Clipstone, wines often benefit from fresh acidity to be act in harmony with an array of house made pickles.

At bright, white corner site, Clipstone, wines often benefit from fresh acidity to be act in harmony with an array of house made pickles. Hence the presence of jasmine-scented Roero Arneis, perky Pecorino from Abruzzo and searingly dry Hungarian Tokaj alongside blushing (red) Bulgarian Mavrud conducted by classical pianist, Ivo Varbanov, and wine matured in the depths of the sea. For the real deal, ask for the ‘Single Bottle List’.

Dishes may include cod tempura with sauce gribiche, BBQ mackerel with fermented mushrooms and pickles, chicken from Sutton Hoo (a region known for its historical artefacts unearthed from around the time of King Rædwald’s reign of East Angles in the secenth century) with salsify and oats, and Brie De Meaux with olive-oil biscuits.

Before his involvement with Clipstone and sister restaurants, Portland and the expanded Quality Chop House, Fryer became professionally smitten with wine at Melbourne’s elegant Italian, Florentino, replete with oils, wood panels and wine wall, under the guidance of head sommelier, Mark Protheroe. ‘From there, I tried to immerse myself in the local wine scene and even managed to produce a couple of bottles – nothing of great note, I was always just happy to have not made vinegar!’ he says. Fryer also worked over at Hammersmith’s River Café ‘with the wonderful Katie Exton’ of Lorne.

To ensure Fryer’s delight, and earn a place on his lists, a wine must first excite him. ‘I understand that’s a very non-specific and un-definable thing to say, but there’s always that light-bulb moment.’ Secondly, it has to sell. ‘There’s a lot of value to recognising your crowd and trying to provide for their tastes. After all, it’s going to be them who foots the bill…’

Other drinks receive wholehearted attention, too, including the Violet Pisco Sour, and House-Made Limoncello.

Here, the menus for both food and wine are short and sweet, with a nice economy to them. One thing you’ll spot instantly when looking at the single-page wine list is its ‘On-Tap’ section.

Keg wine has come on great guns in the past year or two, such that suppliers like OW Loeb, Roberson and Bibendum can offer a good range of remarkably high-quality wines from talented winemakers.

The rest of the list makes short but compelling reading – surely the best kind. Equipos Navazos ‘I think’ Manzanilla stirs the appetite nicely. Otherwise you can choose from three or for of each colour from the ‘Traditional’ of the ‘A Bit Different’ sections.

Among the reds, Marcarini’s Langhe Nebbiolo is decent value for a major Piedmont name, at £48.

The team say the list is set to change as the restaurant ‘beds in’, but with the wine-focused team behind it, you can be sure that when it does, it’ll be no less appealing.