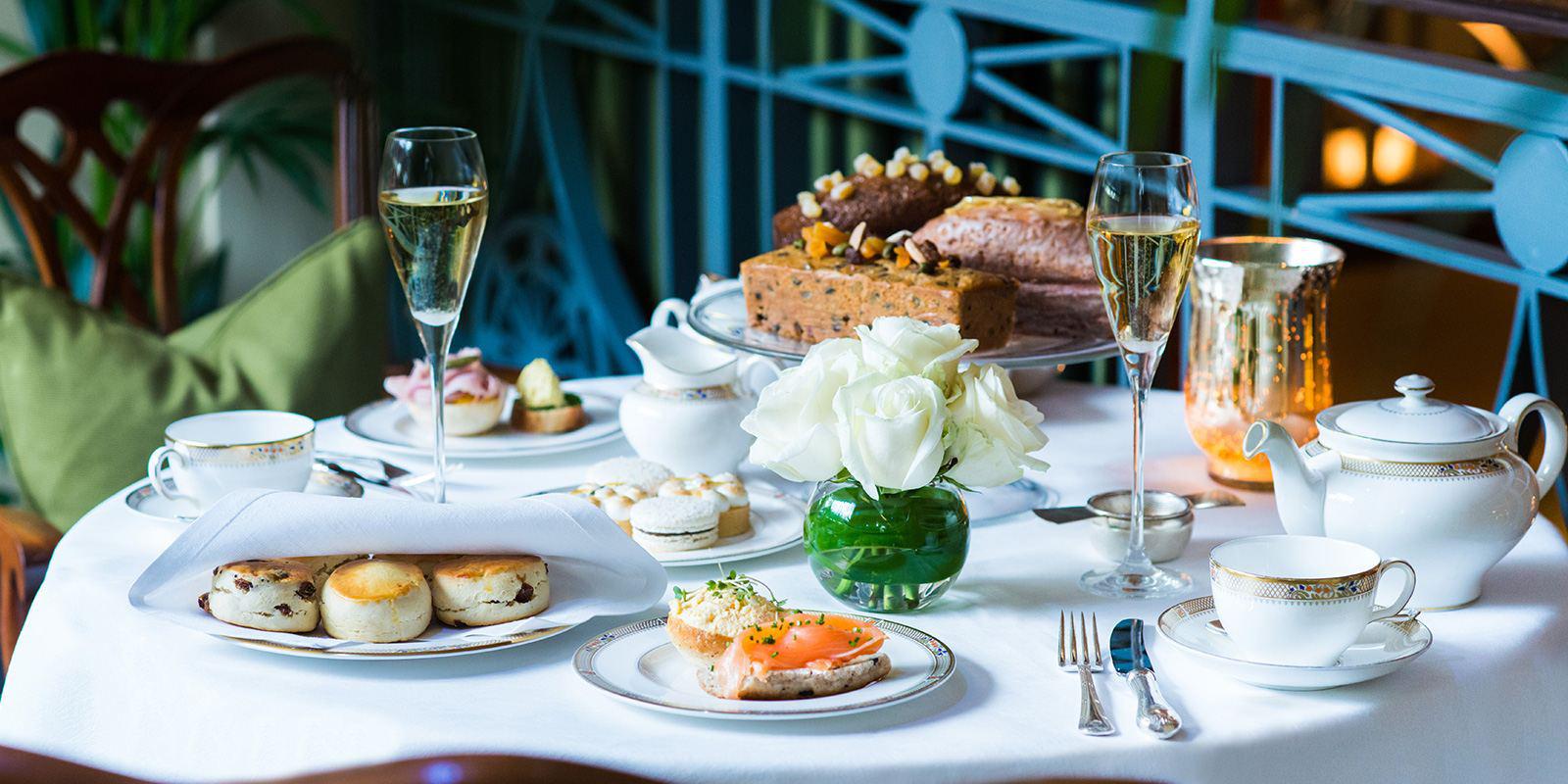 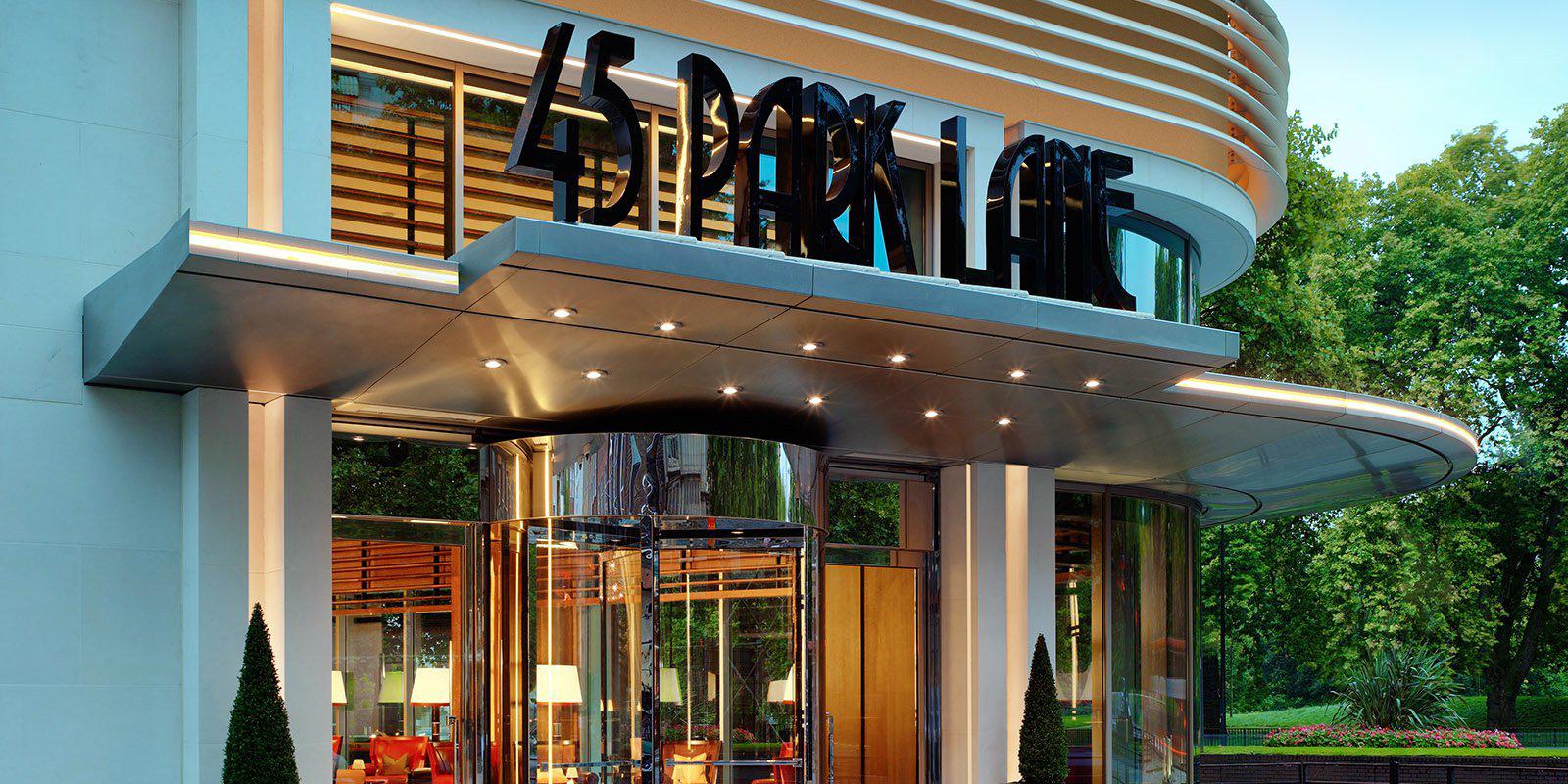 A regular programme of wine producer and guest chef dinners brings intrigue and freshness to this very high-end, artistic steakhouse off Park Lane, where the music is always interesting, and negronis and Champagne flow from trolleys...

“As you step through the curtains of CUT, receive a glass of Champagne poured from our trolley, walk past the Damian Hirst art; the lights are dimmed, Wolfgang Puck’s favourite tunes are playing, with huge candles lifting the spirit of the room… you are set for a fantastic evening,” says head sommelier, Frederic Marti. “You want to feel at ease when you are enjoying good wine and delicious food and I think we have the balance just right. We have live music every weekend which has become part of the DNA of CUT, and I think that small touch helps guests leave the business and hyperactive stress of London at the door.”

Since joining 45 Park Lane after working as sommelier at Pollen Street Social then Typing Room at Town Hall, Bethnal Green, where he later became General Manager, Marti has been working to incorporate more “modern” wines, expanding an already enviable selection of bottles in a selection featuring Marcassin Pinot Noir, Screaming Eagle, and Colgin IX Estate from North America’s West coast, “from which executive chef David McIntyre hails,” he says. “These really pair well with the modern American dishes he creates.”

Dishes may include “wonderful Scottish scallop Carpaccio with cucumber, young onions and wasabi-kosho ponzu” which Marti pairs with Champagne. “I had an incredible bottle of Krug Clos d’Ambonnay Blanc de Noirs 1998, but I really wasn’t sure how it would pair with the complex flavours of the dish, but it turned out to be magical,” he recalls. “I think there are many options aside from red to pair with a steak, such as USDA prime Creekstone ribeye, including sherry, sake, rosé wine and rum… But one of my favourites is the Negroni cocktail which is celebrating 100 years this year. We have a Negroni trolley up at BAR 45 which keeps vintage spirits in an American oak barrel allowing the liquid to slowly absorb the barrel’s flavour –the fuller taste of the cocktail is a really nice pairing with high-quality unique meats.” The Negroni is, in fact, the favourite cocktail of flamboyant founder chef, Wolfgang Puck, though he also loves Bordeaux. “And I have a bottle of Château Lafite kept on the side for his next visit to London,” says Marti.

McIntyre and Marti welcome top chefs throughout the year as part of a special series of collaborations within the CUT kitchen. “We recently welcomed James Knappett and Sandia Chang of two Michelin-starred Kitchen Table,” says Marti. “While James was in the kitchen with David, Sandia and I had a lot of fun working together to pair wines with their six-course menu. The trick for us when choosing the wine pairing was choosing bottles which celebrated David’s modern American cooking and complimented James’s strong focus on British ingredients and flavours.”

Marti considers himself fortunate when it comes to sourcing from a “web of contacts allowing us to bring something extra special to our guests.” He also travels widely, having recently undertaken a revealing wine-focused trip to Oregon, “allowing me to meet iconic producers, realising the beauty and richness of terroirs in that State – and I was blown away by the quality of the fruits, the involvement of the winemakers, and the vibrancy of the wines. A real treat.”

Marti also hosts bi-monthly wine dinners, “most recently with Champagne Lanson. Fun to pair dishes with varying styles, really getting guests engaged with the story of the vineyard.”

Marti and his team also handle the wine service across 45 Park Lane’s rooms and suites, where “guests tend to drink high-end Bordeaux such as Pétrus – in fact, we sold three bottles just last week…”

The restaurateur grandfather of Head Sommelier, Matteo Ramazzina apparently taught him how to open a bottle of wine before riding a bike. Of his starry career, Ramazzina says: ‘working with wine is pretty much all I’ve ever done. I started working in France and Switzerland, then moved to London in 2004 where I had the honour of working with the likes of Morton’s Club, Maze by Gordon Ramsay, and The Ritz. I joined Dorchester Collection’s very own 45 Park Lane two years ago.’

CUT at 45 Park Lane, replete with Damian Hirst butterfly art and rock and prog rock soundtrack, ‘boasts one of the most extensive, refined and extensive North American fine wine selections in UK,’ says Ramazzina, proudly. ‘We managed to secure a good allocation before the devastating Californian bushfires last year. So we are still able to offer some legendary wines at great value,’ he adds.

One of Ramazzina’s commitments is to maintain an easily approachable, yet top-end wines by-the-glass programme, ‘with several fine wines served on constant rotation.’ These may include Massican’s ‘Annia’, a Tocai-Friulano blend from Napa, and, from the Barossa, Henschke’s Keyneton Estate Euphonium Shiraz.

In order to earn a place on Ramazzina’s list, a wine has to be approachable, ‘and ultimately a crowd pleaser – for as much as sommeliers are keen to feature the wackiest wines out there, they should be customer friendly first, and unique after.’

Of particular interest is Cut’s ‘60 bottles under £60’ selection, including Angels & Cowboys’ Merlot Blend from Sonoma County. Large formats meanwhile, may include a magnum of Lanson Special Réserve 1982, billed as the only such bottle ‘left on the planet’, as well as a jeroboam of Super Rhône, Chêne Bleue ‘Eloise’. Other Old World wines may include the selection of Mouton dating back to 1971 and various Vega Sicila. Also note the instances of Italo-American collaboration, Luce della Vite, and Franco-American, Opus One.

Of the palate of engaging and depthful of biography, Austrian celebrity chef, international restaurateur and occasional actor, Wolfgang Puck, Ramazzina says, ‘he has one of the most flexible palates I’ve ever encountered, and a penchant for great wines, regardless of region, grape or price he could be seen enjoying a bottle of mature, super Brunello then a moment later, open a magnum of bold, luscious Syrah, Sine Qua Non.’ Indeed, Ramazzina includes, in his list, a fine chapter on the latter, crafted by ‘the eccentric’, Manfred Krankle.

Another positive feature of the restaurant is the roving drinks trolley – and indeed the pristine bar above the restaurant, where a blotter dry, lip stingingly cool vodka martini is assured…

Lots of tempting magnums. You could dip into wines from the rest of the world, but with a selection like this, the real fun lies in the US.