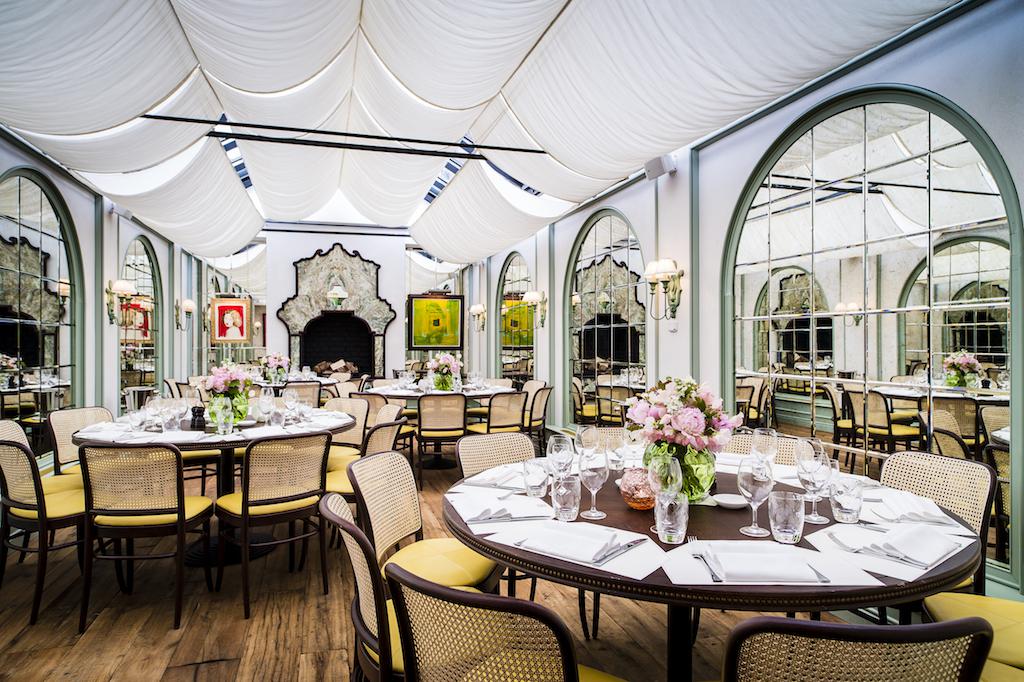 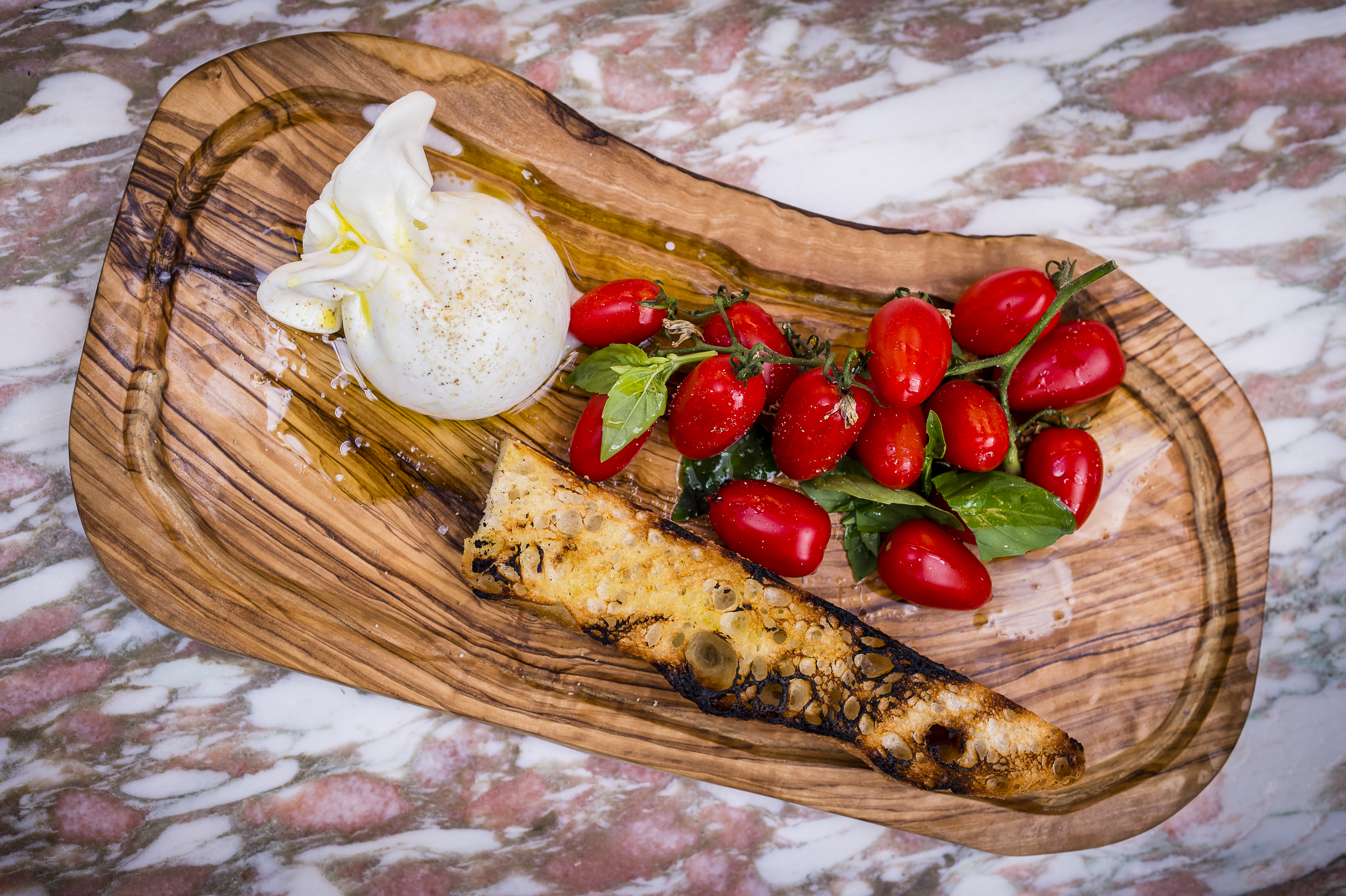 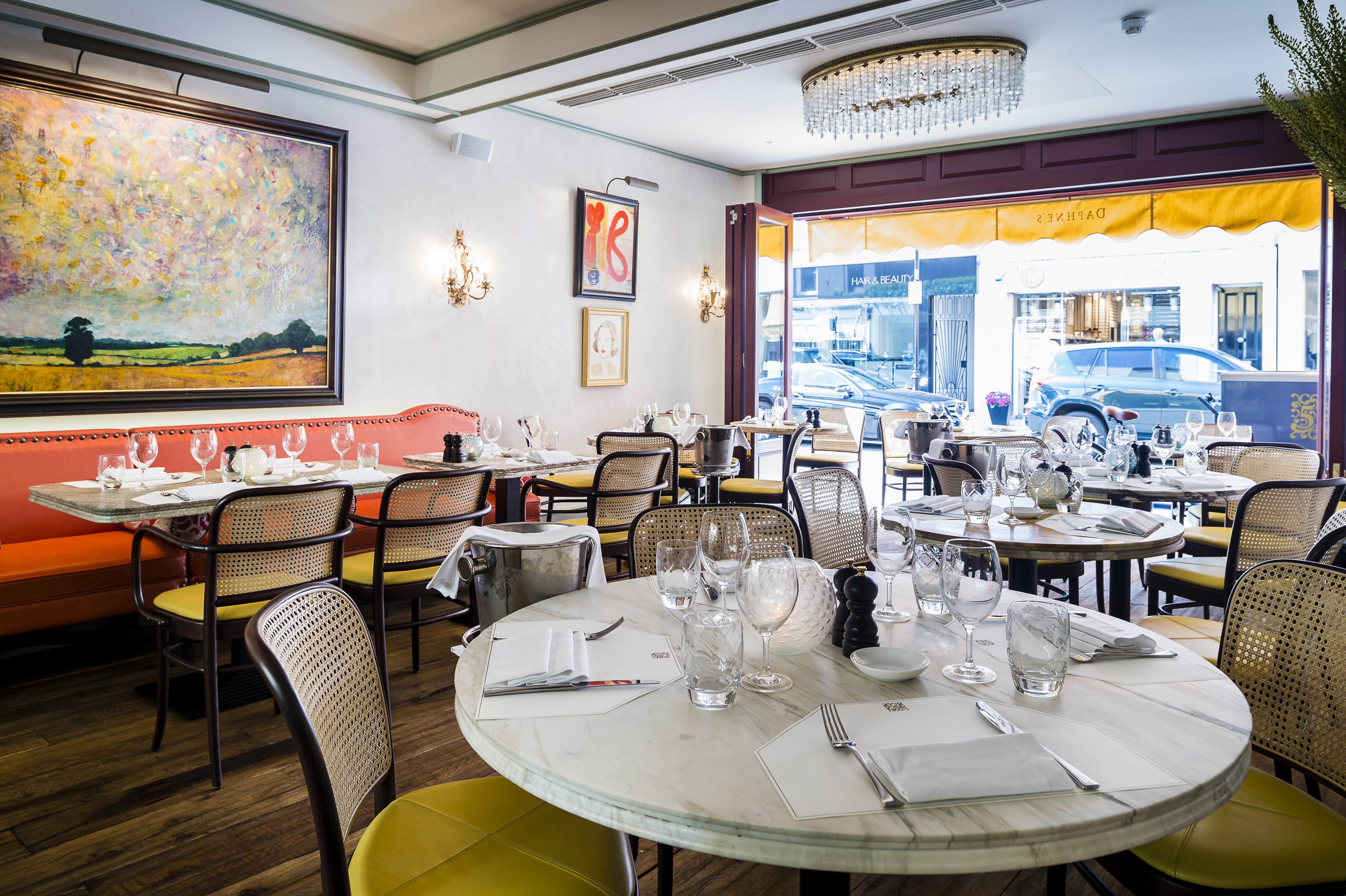 A focus on women in wine brings added dimension to a characterful and well laid out list at this attractive and uplifting Grande Dame of Chelsea.

Thrice married theatre agent, Daphne Rye, who discovered Richard Burton and helped Honor Blackman, founded this Chelsea institution in in 1964. The pink marble-topped bar counter is a delightful place to sip a Daphne’s martini, and even eat at, while vintage Italian 1950s Murano glass chandeliers and boldly colourful modern art adorns the walls of the dining room and conservatory of this the couth, bustling grande dame.

The vinous selection by Naples-born general manager, Gabriele Esposito has recently been given another dimension with the help of Caprice Holdings’ Group Head Sommelier, Guillem Kerambrun. ‘After long discussions with the restaurant team about its clientele and neighbourhood, we decided to shape a specific list around female wine producers,’ he says. Of the selection entitled, ‘Women Behind The Bottle’, which features such wines as Cornarea Roero Arneis (Francesca Rapetti), Domaine Drouhin’s Roserock Oregon Pinot Noir (Véronique Drouhin) and Sangue d’Oro Moscato Passito di Pantelleria (Carole Bouquet), Kerambrun says, ‘every bottle has been carefully considered on its own merits.’

Many a wine trip or meeting confirmed to Kerambrun that women in the world of wine were not being endorsed in the way they deserved.  ‘For the moment, our Women Behind The Bottle list represents around 25% of the whole menu, which lists 190 bottles in total. Each listing is weighed up for its place on the list, and tastings are an essential part of the process, be they in London or in the vineyards themselves.’

Overall, Daphne’s list bears a strong Italian influence to this list, marrying well with the seasonal Italian cooking. ‘However, it’s not unusual to list other countries – and would be expected by our customers,’ says Kerambrun. Hence red Bordeaux are frequently ordered, such as the Côtes de Castillon Domaine de l’A by Christine Derenoncourt, which may be paired with Head Chef, Michael Brown’s Cornish lamb with smoked aubergine, artichokes and Salsa Verde.

Also note the extensive line-up of Sassicaia and fetching array of fizzes.

Incidentally, Daphne’s has a sister restaurant on Paynes Bay in St James, Barbados.

Plenty for Italophiles here as you would expect, with a smattering from the rest of the world. Sassicaia gets its own dedicated section.