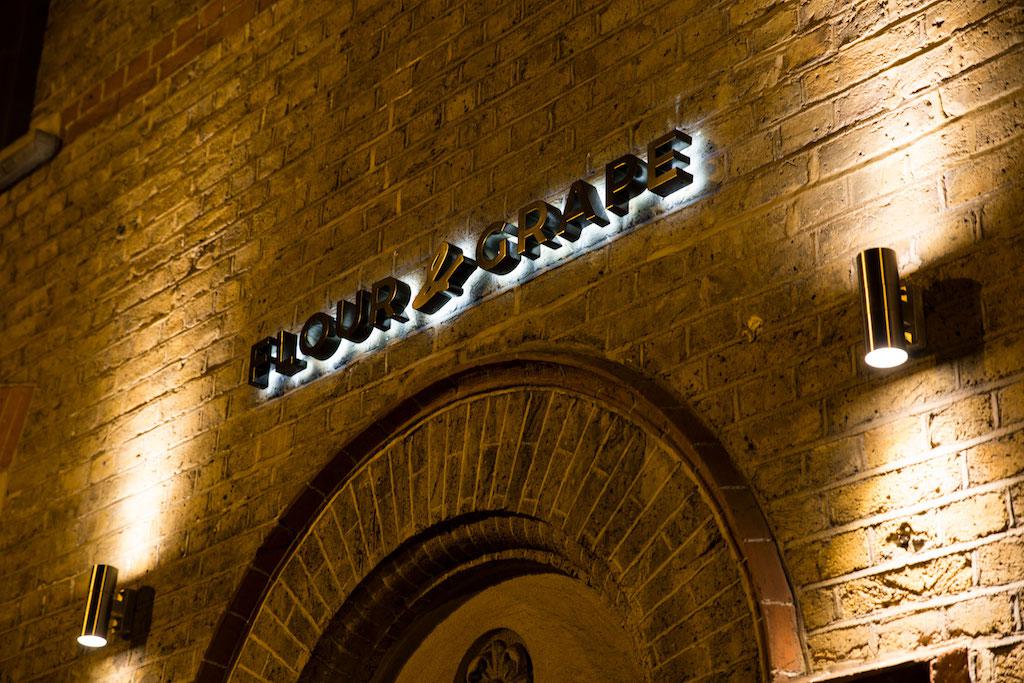 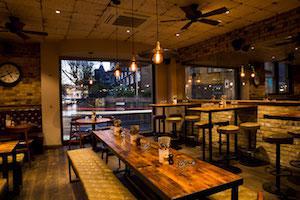 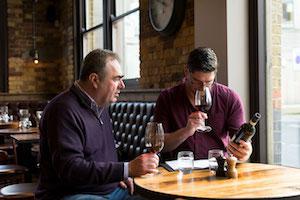 Featuring a neat key corresponding to a tricolored map of Italy, the wine list is crafted by proprietor and executive chef, Nick Crispini (formerly of Theo Randall, Park Lane) and consultant, Philip Harris.

The antithesis of a chain Italian, Flour & Grape offers pristinely fresh pasta and often exhilarating Italian vinos in the now stripped back, but not minimalist, cosily darkened site formerly known as Antico, near Bermondsey Antiques Market.

Featuring a neat key corresponding to a tricolored map of Italy, the wine list is crafted by proprietor and executive chef, Nick Crispini (formerly of Theo Randall, Park Lane) and consultant, Philip Harris. ‘In a concise list, flavour is paramount,’ advises Crispini, ‘and given the diversity Italy offers in grapes and regions, that should be reflected, but a wine has to stand on its own merits. We seek to offer variety, irrespective of grape, region, producer or current trend while still retaining affordability…’

Guests may begin with a local G&T comprising Jensen’s gin and Bermondsey tonic, a Kernel IPA, or glass of Franciacorta from Antinori while pondering which small plates by head chef, Adam Czmiel to begin with, be they homemade ricotta and beetroot, pork tenderloin  tonnato, or a selection of salumi including prosciutto crudo and truffled mortadella. Following on, pastas include rigatoni with duck ragu, prunes and juniper, mafaldine (also known as Reginette) ribbons with tiger prawn, prawn bisque and basil, or fazzoletti (literally translating to handkerchief) enveloping spinach, mascarpone and nutmeg.

The list is easily navigated, with headings such as ‘light and perky’ pulling focus on Ciro from Italy’s toe, Calabrian, described as ‘similar to an Albariño but lighter bodied.’ Crispini comments, ‘we’re pleased regions such as Calabria and Molise are represented but those wines earned their place rather than satisfying a quota.’

‘Charming medium bodied whites’ meanwhile reference a Greco di Tufo by ‘Loggia della Serra’ which ‘reminds one of the Amalfi coast near Naples without having to leave SE1.’ Colli Tortonesi Timorasso (Walter Massa) is listed under ‘sensual full bodied whites’. Crispini says: ‘these wines are true to Italy which is why you’ll find grapes like Frappato and Timorasso rather than Merlot and Sauvignon Blanc.’

‘Tasty reds even better with food’ include ‘Tuscan charmer’ Morellino di Scansano (Terre di Talamo). And from the ‘reserve list’, invest in your palate’s pleasure with the always enjoyable Petrolo Galatrona, offering ‘a good balance of acidity, ripeness and tannins [which] add to its upfront charm.’ Proving good things come in small packages, there is even a half of now rested Ornellaia which ‘can be enjoyed now, as this wine in its youth was a brooding beast…’

Crispini and his wine savvy team pay particular attention to temperature, incidentally. ‘Good wine should to be treated with respect so that’s why you won’t see any on display. We store and serve our wines at the correct temperatures directly from our cellar.’