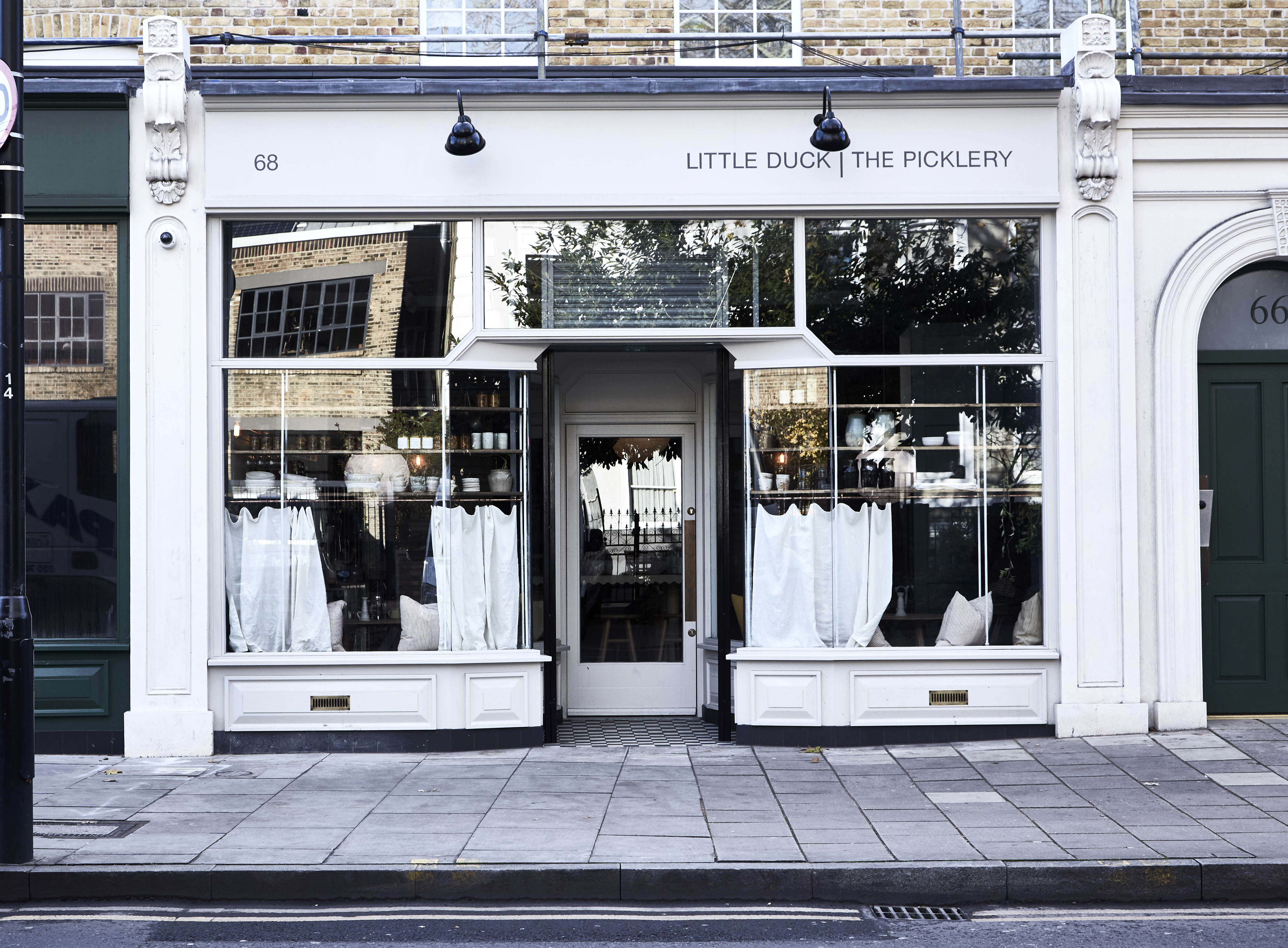 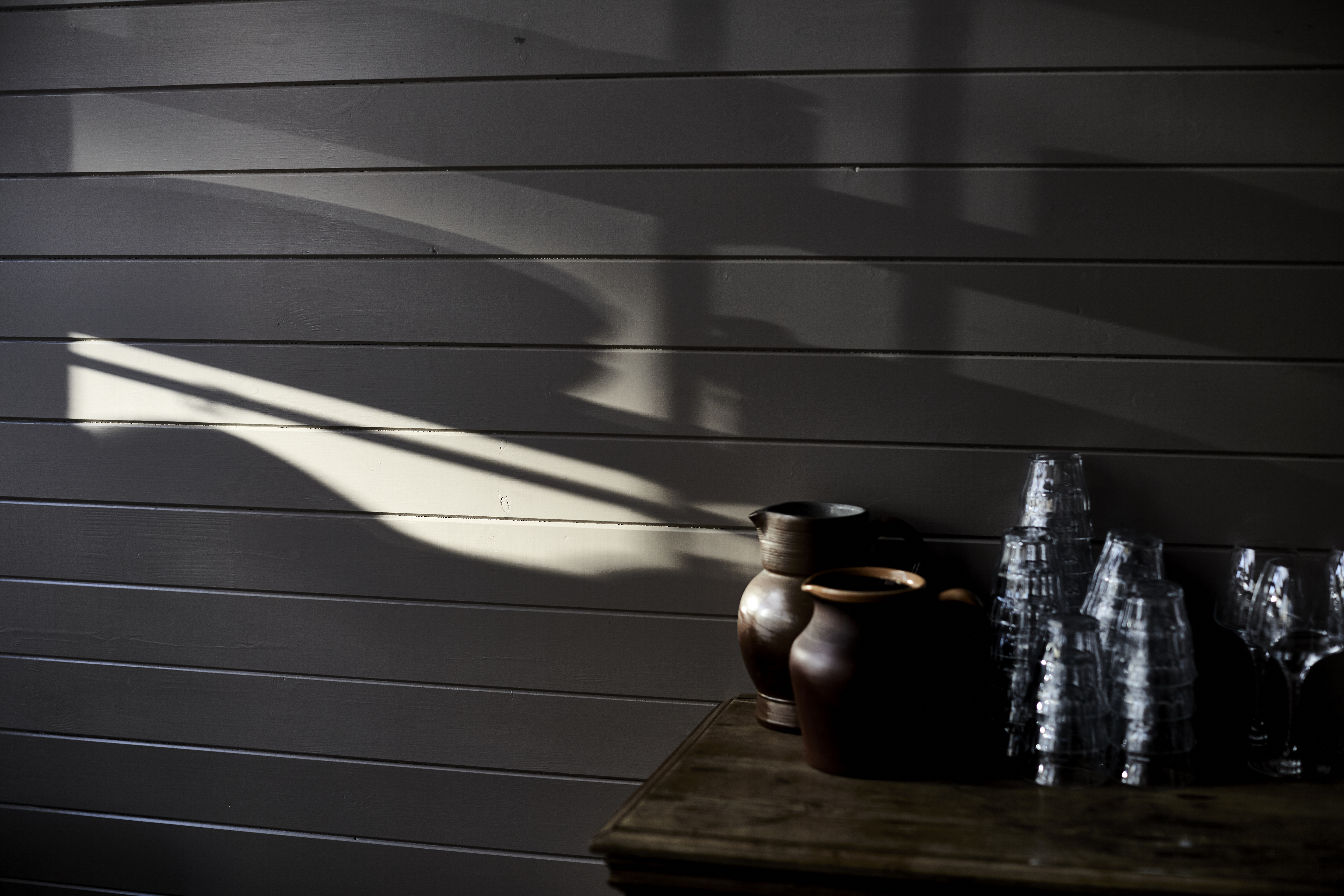 A short stroll from the Dalston Eastern Curve Garden is Little Duck The Picklery, the sister venue to Soho’s Ducksoup. It is home to wares, “teeming with probiotics” says Rory Moore, the chief creator of a range of bright, nourishing drinks such as rhubarb kombucha, cucumber drinking vinegar, and sand carrot and Szechuan pepper, available within the cute kitchen space, or gently branded to take away.

Taking an approach to ingredients which is as transparent as the clear frame of his glasses, Moore, who studied journalism and enjoys recounting wine producer’s biographies, also authors the blackboard list which changes weekly, of naturally-inclined wines. Founder, Clare Lattin, who finds rolling pasta therapeutic and has tattos of domino tiles on her wrist, echoes the freestyle approach. “Let’s open that, we’ll say – come and get it while you can.”

Dishes by Helen Woodcroft are prepared at a huge, heavy slab of terrazzo which had to be assembled on-site given its scale, and may include house pickles of spicy daikon kimchi, carrot with nigella seeds, turmeric and ginger, and watermelon radishes, perhaps offered with Terbianc’s orange Pet Nat fizz from Emilia Romagna (Cinque Campi). Noting the match of vinegar and vin, Moore mentions that he has observed vinegar in a dish often “brings out the brightness” in a young wine. Next, the often thought to be wine-unfriendly ingredient of artichoke, here served with blood orange, oregano and sheep’s ricotta, finds unexpected harmony with a wine made by two former Londoners in Franconia, “using bat dung as fertiliser in the vineyards!” recounts Moore. Made from micro-lots, the wine, Fledermaus 2naturkinder Weeping Wife, upgrades workhorse, Müller-Thurgau combining it with oak-bevelled Silvaner.

Finally, a very pretty in pink galette latticing end of season forced rhubarb with the scent of almonds and richness of clotted cream could be matched with a twitchy, invigorating house blend of nine red and white grape varieties by Catalonian producer, Toní Carbó. Allowing easier, tighter, lighter transport from producer to venue, Moore purchases all house wines in either keg, “or bag in box.” Come summertime, expect deeply-hued rosés, possibly bled by the saigné method.

“Things in life should be simple to enjoy,” says the serene-seeming Clare Lattin. “And Little Duck is an easy, simple place, where you don’t need to book weeks in advance. Rather than going to Pret a Manger and using plastic, you can spend £10 here on a lunch of a plate of nourishing, homecooked good food – without costing the earth…”