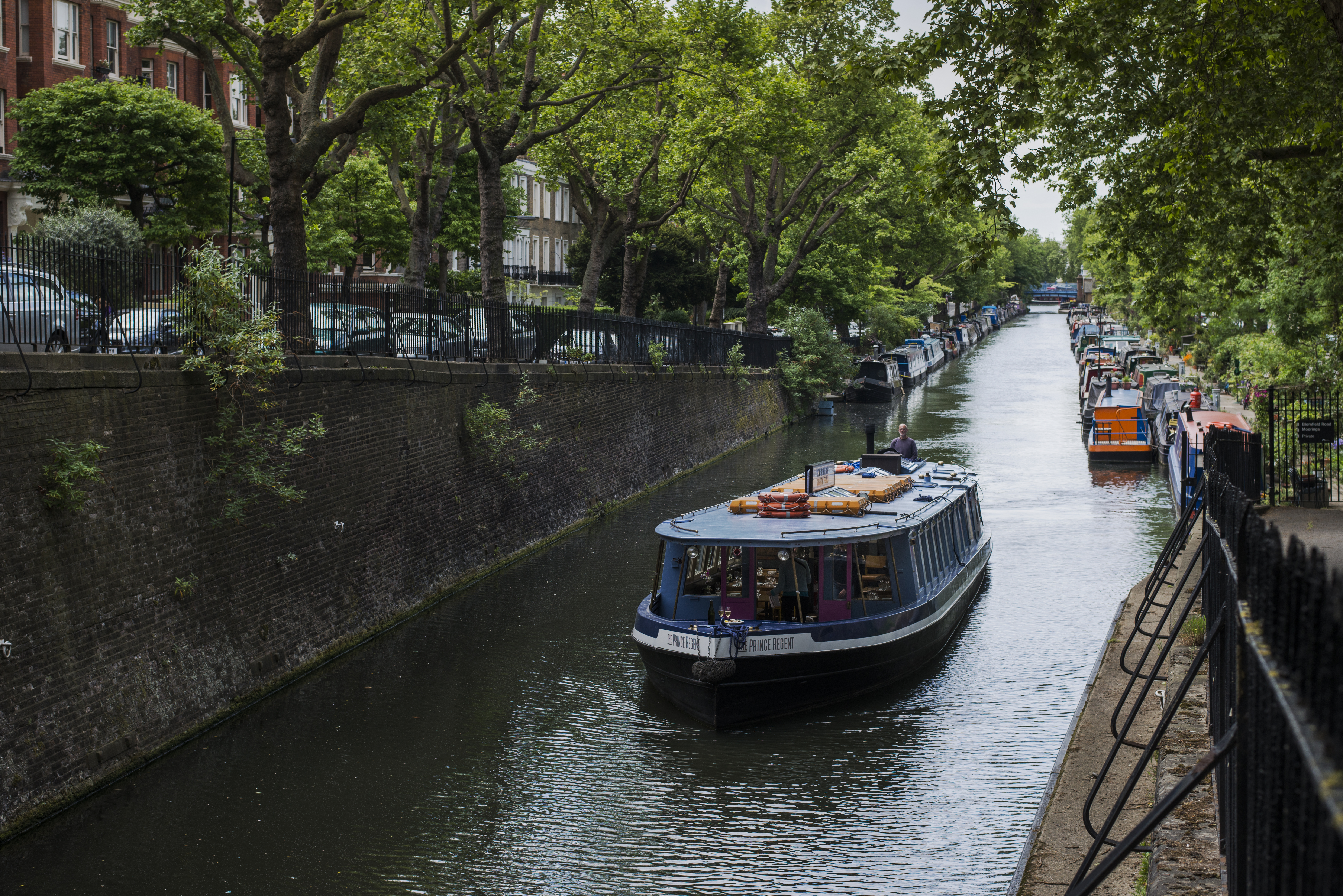 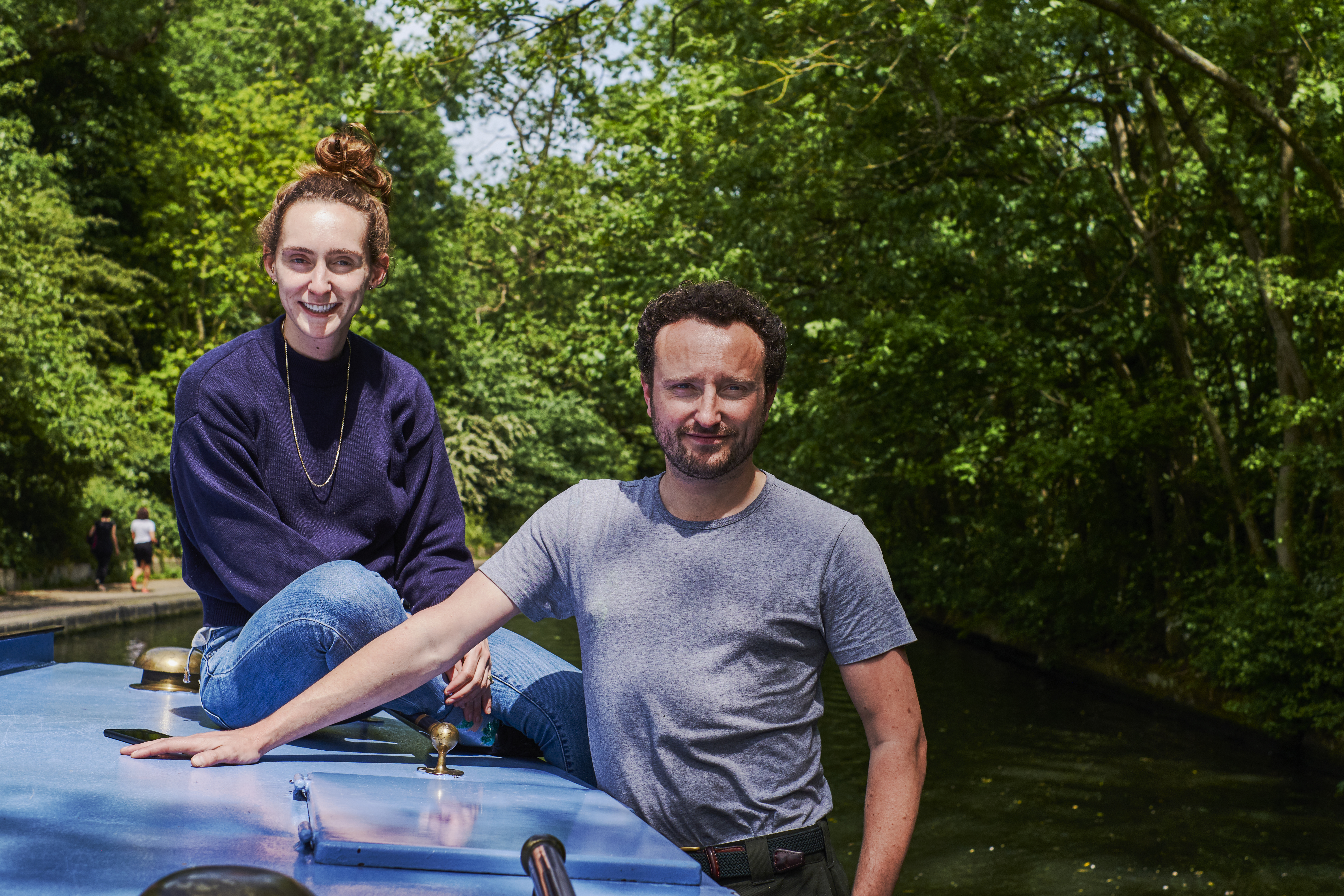 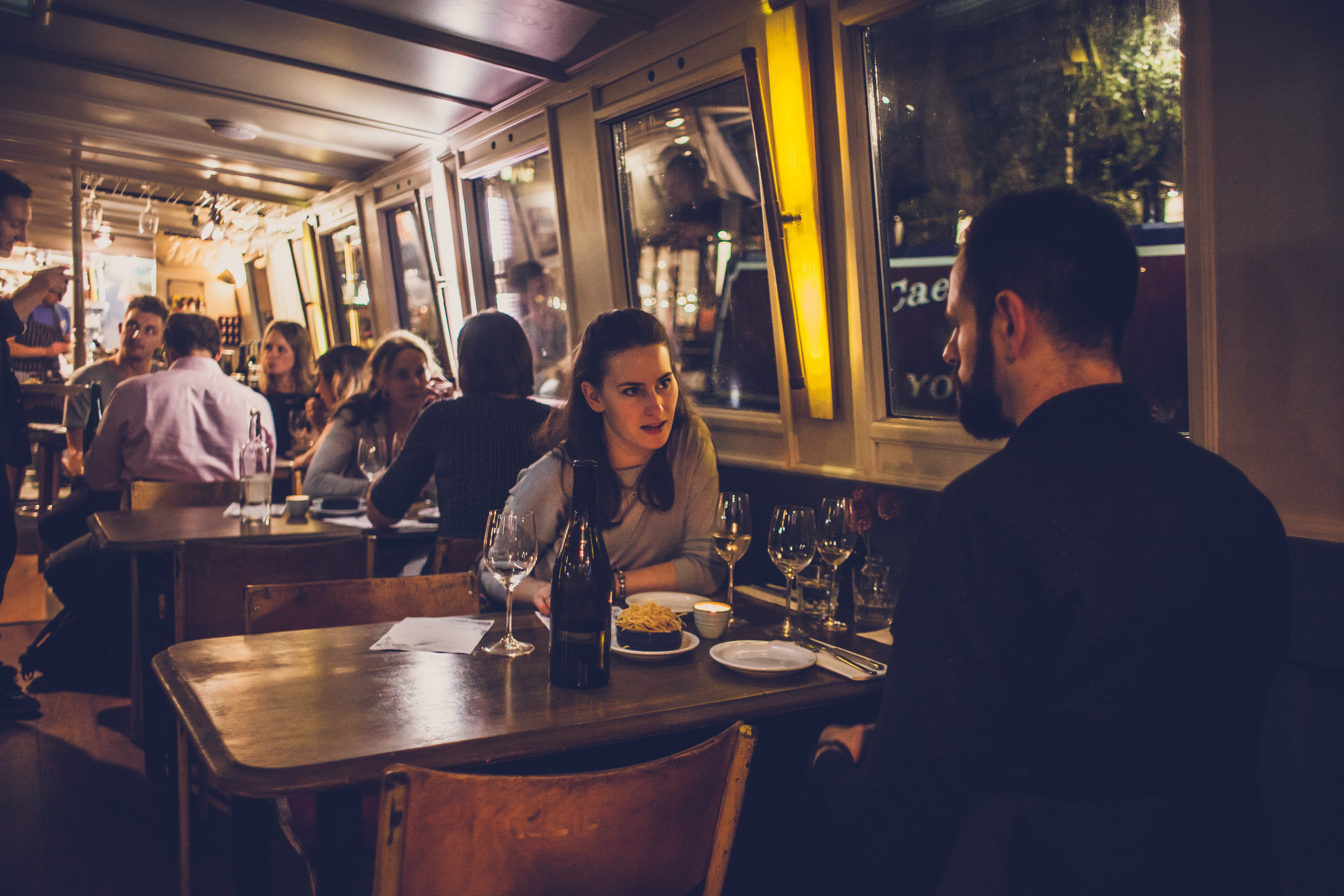 Expect a warm welcome and savvy pours from the happy, well-informed crew of The Prince Regent.

“All killer no filler” is how Harry Lobek, manager with sister, Leah, of London Shell Co. describes their list of contemporary European wines served aboard The Prince Regent.  The beautifully menu (by front of house manager, Lucy Kilpatrick) celebrates English wine, including Hampshire’s Hattingley Valley with whom the Lobeks are working on an own label, as well as Tillingham, a “low-intervention, natural fermentation, zero sulphur producer in Rye,” says Harry.

Operating from the Paddington station proximate mooring, lunchtime, and, come the evenings, navigating towards Little Venice, the venture is a massively popular response to the higher costs faced by operators on land. The Lobeks aim to keep passengers “entertained and surprised” with a selection of Madeira, sherry (including those bottled by progressive Spanish wine and sherry collective, Equipo Navzos) and mature wines, says Harry, adding, enigmatically, “choice is something we both restrict and encourage.”

Named after the vessel, the “Wines of Prince” section of the list offers “Princely Wines for those who like to push the boat out,” says Harry amusingly, such as a stony Albariño with a decade under its belt, (Pazo Senorans) – “a great place to find a bargain, try something new.”

Dishes may include salt hake ragu with gnocchi or on toast, “superb with Jura reds, or Mencía  (Raul Perez)” says Harry, and in summer, tranche of turbot alongside vintage Champagne.  “Acidity and a gelatinous texture,” says Harry. He also enjoys matching fortified wines with soup. “A real pacesetter for the rest of your day, having read up on Victorian eating and drinking it seems to crop up a lot. Dry Sherry, especially Palo Cortado is superb with crab served in a langoustine bisque.”

To maintain good bottle order, Harry shares that the boat has a large underground storage space located near the mooring. “Like a swan, everything looks calm and peaceful on the water, but underneath our legs are going like crazy trying to keep the business and the wine list going…”

Prior to a life afloat, Harry divided his time between acting and working in restaurants, touring the UK and South Africa with “War Horse” (National Theatre) as well as working as sommelier at Pollen Street Social and behind the bar at Vinoteca, Soho. And “before packing it in to work at 10 Greek Street,” Leah worked in insurance.

Keep scanning the horizon for the opening of the siblings’ second (static) vessel, The Grand Duchess.