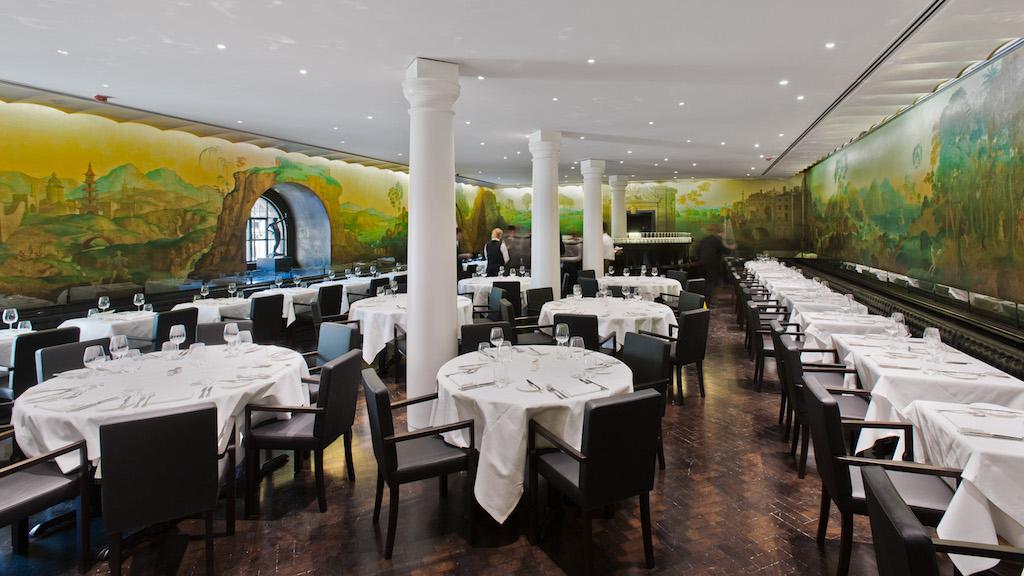 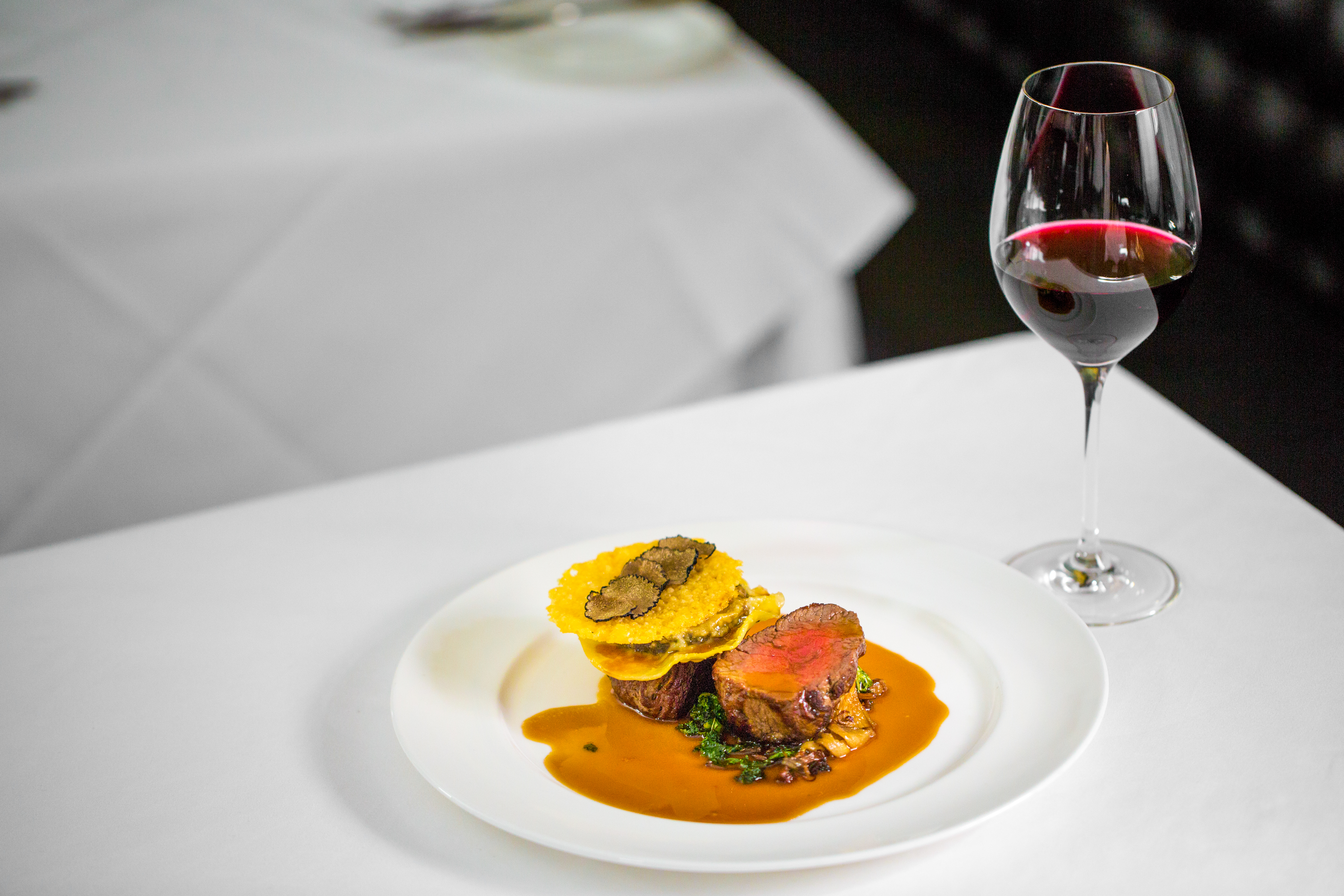 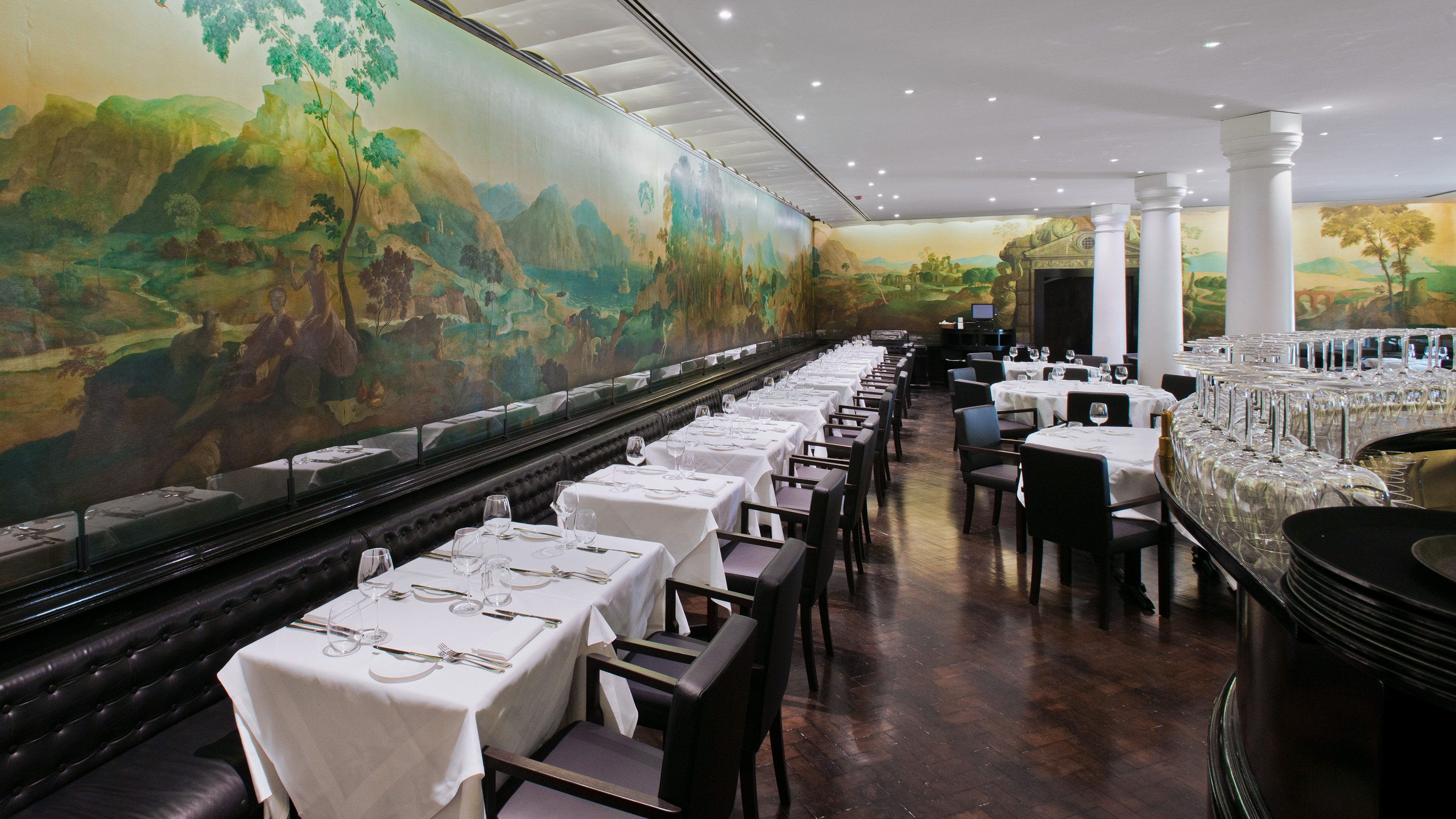 Under the care of Gustavo Medina, Rex Whistler's cellar continues to carefully invest in wines to drink in the artful environment.

Gustavo Medina believes managing, maintaining and selling a traditional wine cellar is both “a privilege” and “great fun.”

Named after the artist and member of the “Bright Young Things” who realised the fantastical wraparound mural, ‘The Expedition in Pursuit of Rare Meats’ here, Tate Britain’s Rex Whistler dining room has long been a haven for wine aficionados on account of its well-curated cellar.

Gustavo Medina has risen to become head sommelier alongside restaurant manager, Matthew Randall, and CEO of Tate Catering, Hamish Anderson. “Many of the wine team “have been at Tate for years,” says Medina, and visits are made annually to Bordeaux and Burgundy to secure wines en-primeur, with regular meetings with new suppliers to continuously evolve the list.

Medina underlines the importance of accruing a large cellar in modern times. “The reason we buy stock to lay down is to help build and secure reputation,” he says. “We have a few wines on our list which cannot be found elsewhere, and a larger collection that cannot be found elsewhere at the price we are selling them. Both would not be possible if we took the traditional next day delivery route.”

The dining room only opens at nighttime for special events, such as Matthew Jukes’ Best Wines of Australia tasting and dinner, an evening with Pierre Koffmann, or the restaurant’s third successive Barolo dinner with Silvia Altare alongside Azelia, Castello di Verduno and Scavino. “We are primarily a lunch-only restaurant and half bottles play a key part in the wine program,” says Medina, hence such finds as: Maximin Grünhauser Abtsberg Kabinett, Conti Costanti Brunello, and, featuring reed dried grapes, Molino Real from Malága. “They are not easy to source, so having the capacity to buy as and when parcels come up (and then cellaring them) is crucial.”

Recently, Medina re-structured the list to include a section on vegetarian and vegan highlighted wines, such as Grossett Polish Hill Riesling and Beaucastel Châteauneuf-du-Pape – available by the half bottle, bottle and magnum.

Opened in 1927, when it was known as the Tate Gallery refreshment room, and restored in 2013, the Rex Whistler restaurant at Tate Britain showcases consistent wine producers at the top of their game at arrestingly good prices which include service. The handsome room, which is not overly formal takes its name from the English Artist commissioned to paint the fantastical wraparound mural for the room entitled, ‘The Expedition in Pursuit of Rare Meats’, depicting the story of a royal party travelling the world in search of exotic foods.

The seriously stocked and properly cared for cellar, which, given the prices and vintage choices, basically says ‘Drink Me’, has been built up by Hamish Anderson and his team. Anderson began his hospitality career as a sommelier at Bibendum, the original Conran restaurant in the Michelin building today overseen by Claude Bosi. Now CEO and wine buyer for Tate, Anderson also writes about wine, with his book ‘Vino: Great Wine for Everyday Life’ selling more than 15,000 copies. Anderson also pens columns for the Saturday Telegraph Magazine and features for Telegraph Men. In recent years, he mentored Gustavo Medina who oversees the Rex Whistlers wine list on a daily basis.

According to restaurant manager, Matthew Randall, who joined in summer 2016 following several years working in five star hotels in Scotland, London, Canada and Dubai, visits are made annually to Bordeaux and Burgundy to secure wines en-primeur, with regular meetings with new suppliers to continuously evolve the list.

With exceptions, such as the ‘Wines of California Dinner’ last year, coinciding with the Hockney Exhibition, and the annual Burgundy wine dinner, the restaurant is open lunchtimes only. Hence the wide range of half bottles, such as Nyetimber Rosé, Maximin Grünhauser Riesling, two decades old Château Musar, and Ridge Montebello, allowing guests a wider selection at a time of day when they may wish to drink less.

Begin with vintage Champagne close to retail price then while away the afternoon with good, rested Rhônes, Bordeaux, Burgundies and Californians, alongside starters which may include duck with Tate coffee cure, root vegetables, winter leaves and mustard dressing, then roast halibut with Jerusalem artichokes, spinach, hazelnuts and red wine veal sauce, culminating with ‘Epicuriana’ of Nahua chocolate, honeycomb, hazelnuts and goats’ milk ice cream, perhaps with a glass of 1980 Samos nectar from a lovingly curated selection of stickies.

NB. £15 per bottle or free corkage for each BYOB when purchasing a subsequent bottle from the list.