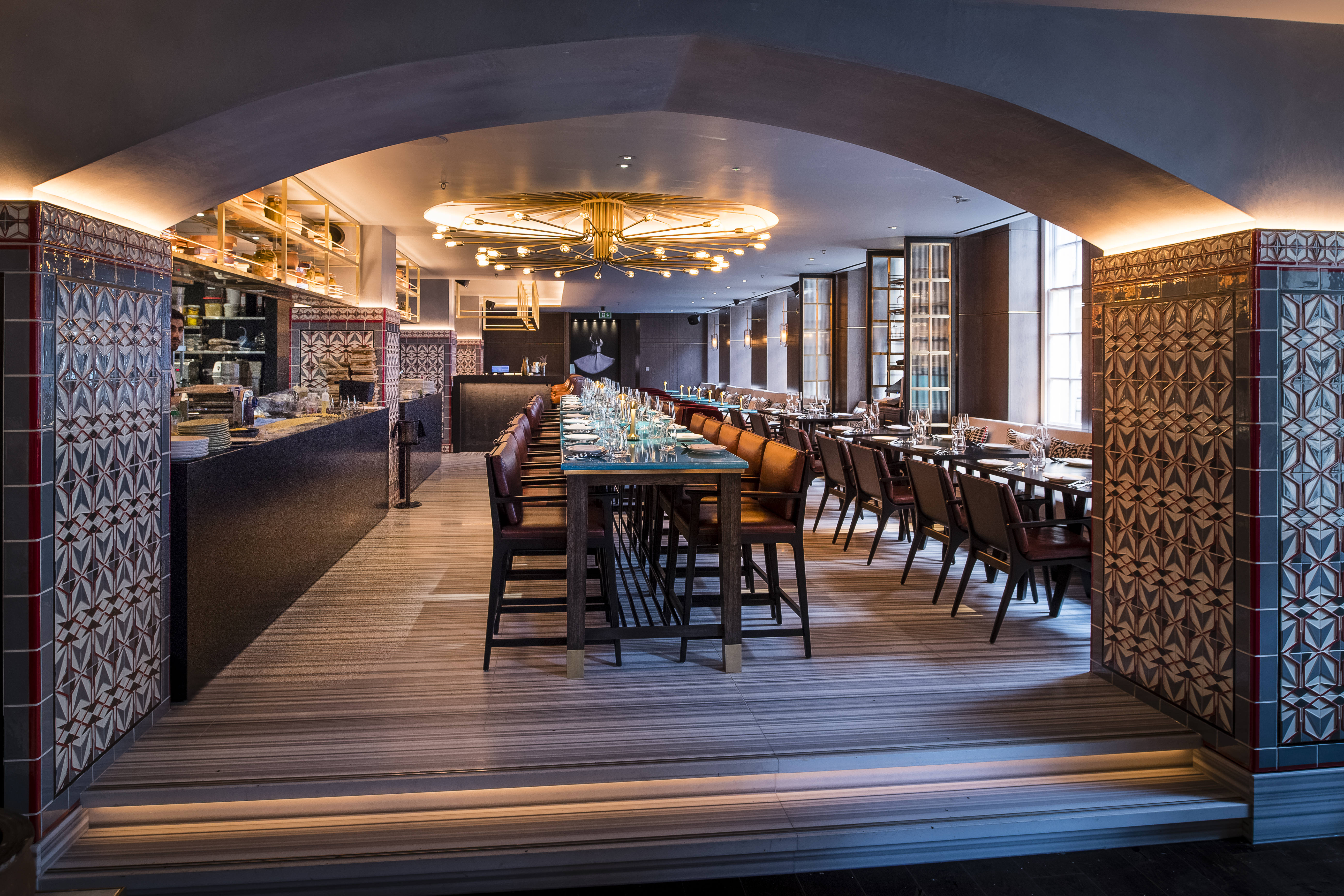 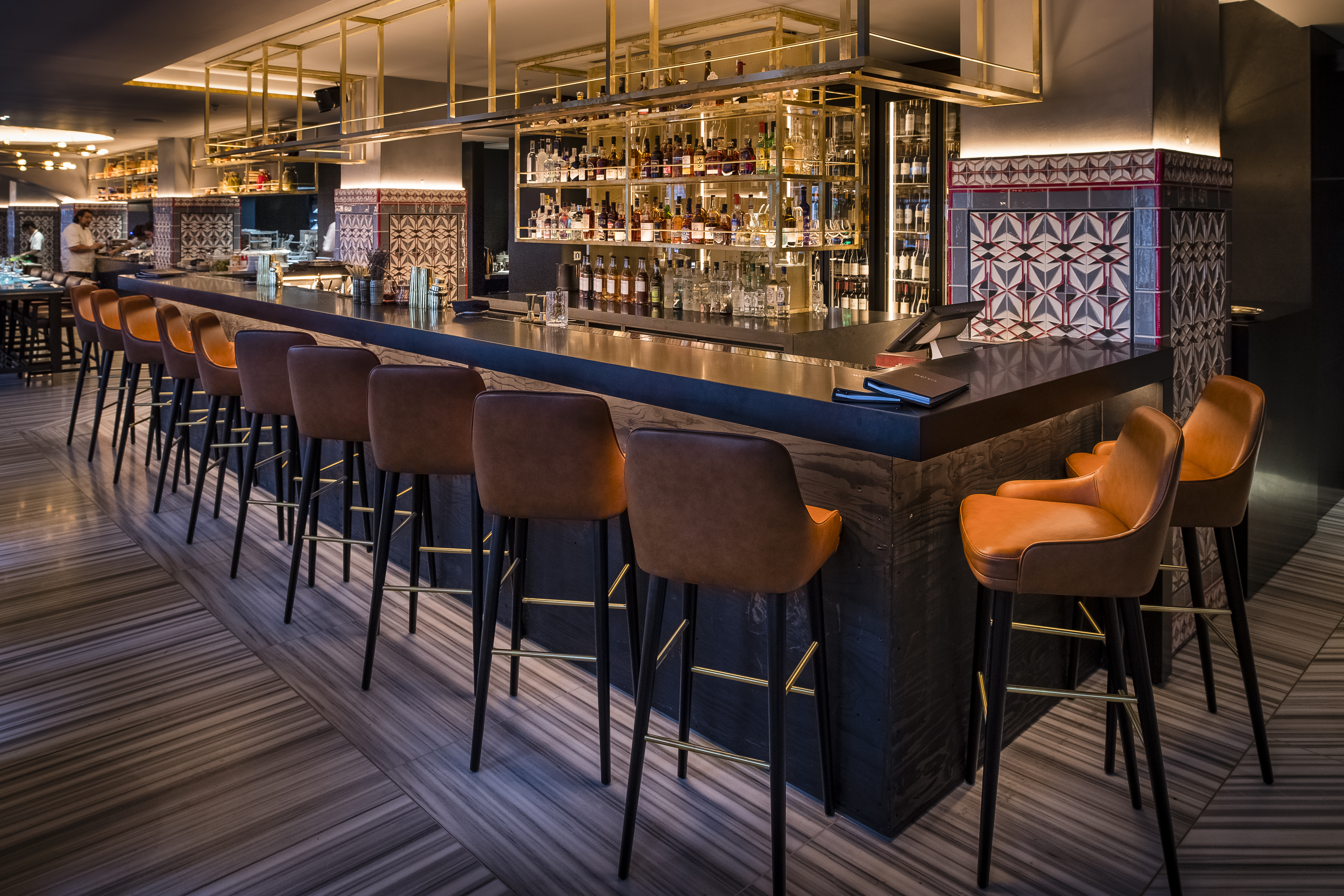 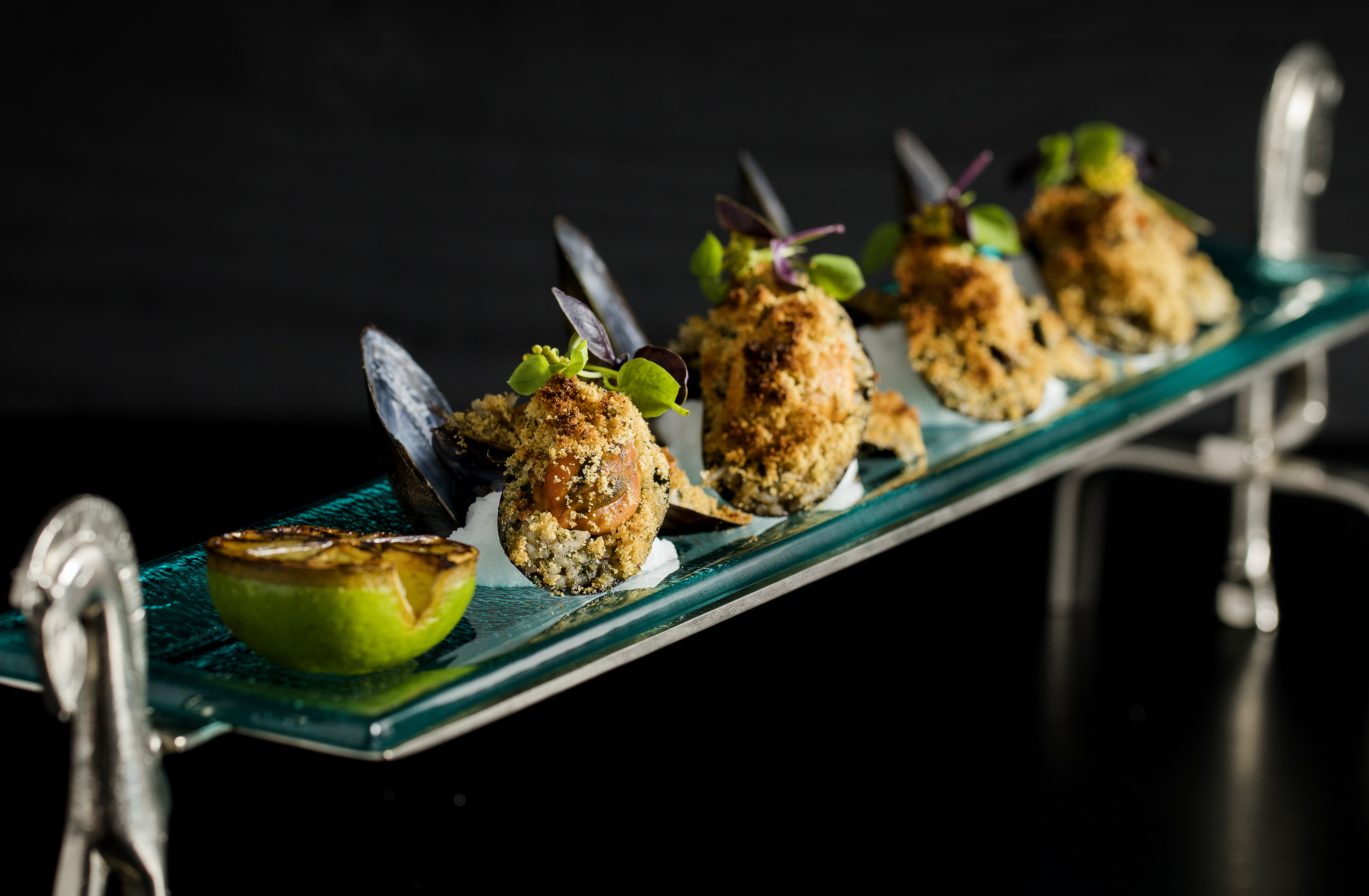 The first European version of Rüyas aims to elevate Turkish cuisine to the level of French cuisine with glamour and fun.

Lorenzo Abussi jokes that Rüya’s frontage is so extensive it stretches over two postcodes. Meaning “dream” in Turkish, Rüya is great fun: a glossy restaurant, lounge and bar with open kitchen and bakery, a DJ booth, and in-house roving saxophonist, located opposite the old USA embassy.

Born in Sardinia and raised in Rome, polo-necked head sommelier, Lorenzo Abussi previously worked in Dubai, initially for Jason Atherton at Marina Social, before joining the first Rüya a short stroll along the waterfront. In London, he worked with Pierre Koffmann.

Abussi’s list features an expanding selection of over 25 Turkish wines, as well as older Sassicaia, an abundance of Burgundy including a kindly priced Aligoté with bite, fragrant finds from Alsace and posh North Americans, as well as 20-year-old Château Talbot by the glass.

Dishes by executive Chef Colin Clague whose CV includes the seven-star Burj Al Arab, Zuma and Caprice Holdings, are realised by an almost entirely Turkish troupe using a Robata grill, “Char Kebab” and Josper. Abussi sums their philosophy: “The idea is to elevate Turkish cuisine to the level of French cuisine.” These include starters of filo wrapped Feta with carrots, courgette and walnuts; thinly-sliced raw seabass with mustard, apple and shaved radish; and cupped in crispy baby gem leaves, beef tartare with bulgar. All match well with house white, Narince (Buzbağ Kayra). Abussi describes this as “like a light Sauvignon Blanc of Vinho Verde.”

An Adana Kebap of well-spiced minced lamb and burnt tomato needs a deeper red “to bring a bit more support and get through fat which our cooking brings out fat,” says Abussi. Hence the Grenache/Mourvedre from Selendi, made with a “Château mentality” by Andrea Paoletti, a consultant to Ornellaia and Avignonesi.

Do stay for puddings such as Künefe baked kadayif pastry with melted Majdule cheese, rose and orange blossom syrup and pistachio ice-cream. “The weakest part of a meal is often dessert, so we have our own pastry chef,” says Abussi. “And now we have guests coming purely for desserts such as our hazelnut crème baklava!”

Cocktails by Francesco Medici, who adores his in-house rotary evaporator and relishes running masterclasses, are inspired by Anatolia’s seven regions. Try the Rüya Negroni featuring Turkish coffee infused Antica Formula. And be open to sipping Raki (aka “Lion’s Milk) with your meal, a refreshing double distilled grape and aniseed drink, here served in ornate ice well. There are nearly 20 versions at Rüya including oak barrel aged Efe. Indeed, an entire wall is given over to raki alambics beside the private dining room showcasing a cabinet of Cristal, beyond a door shipped from Afghanistan.