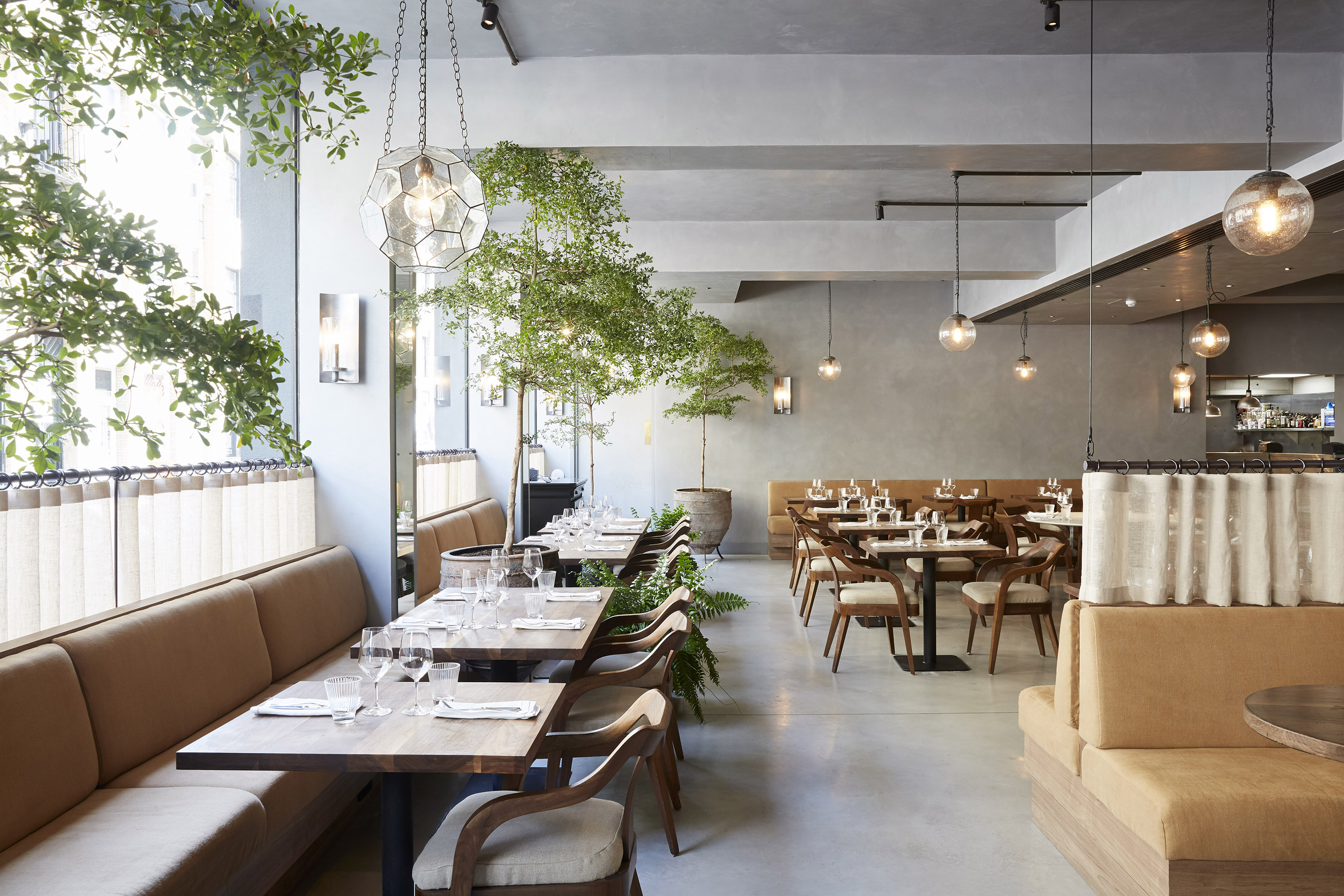 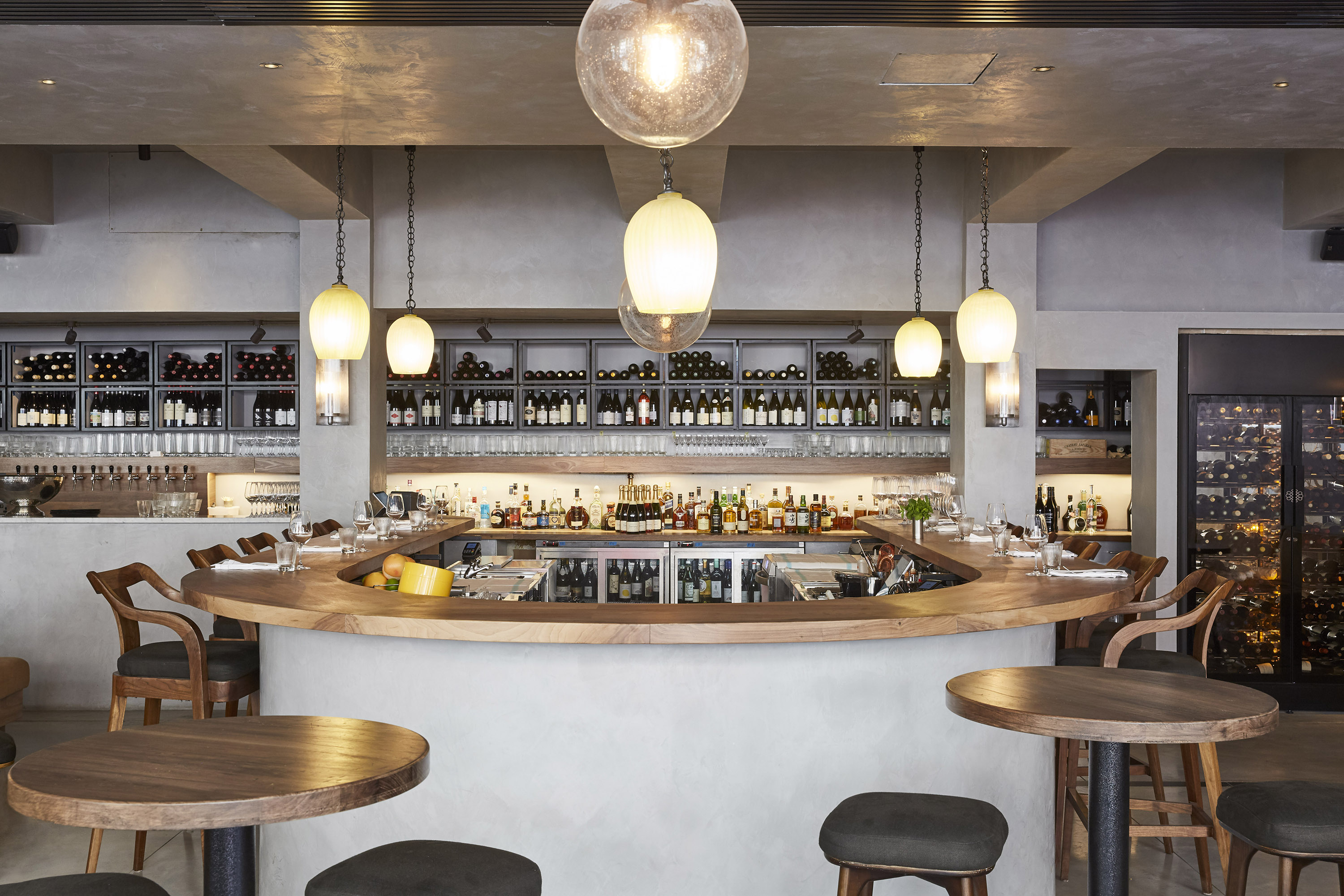 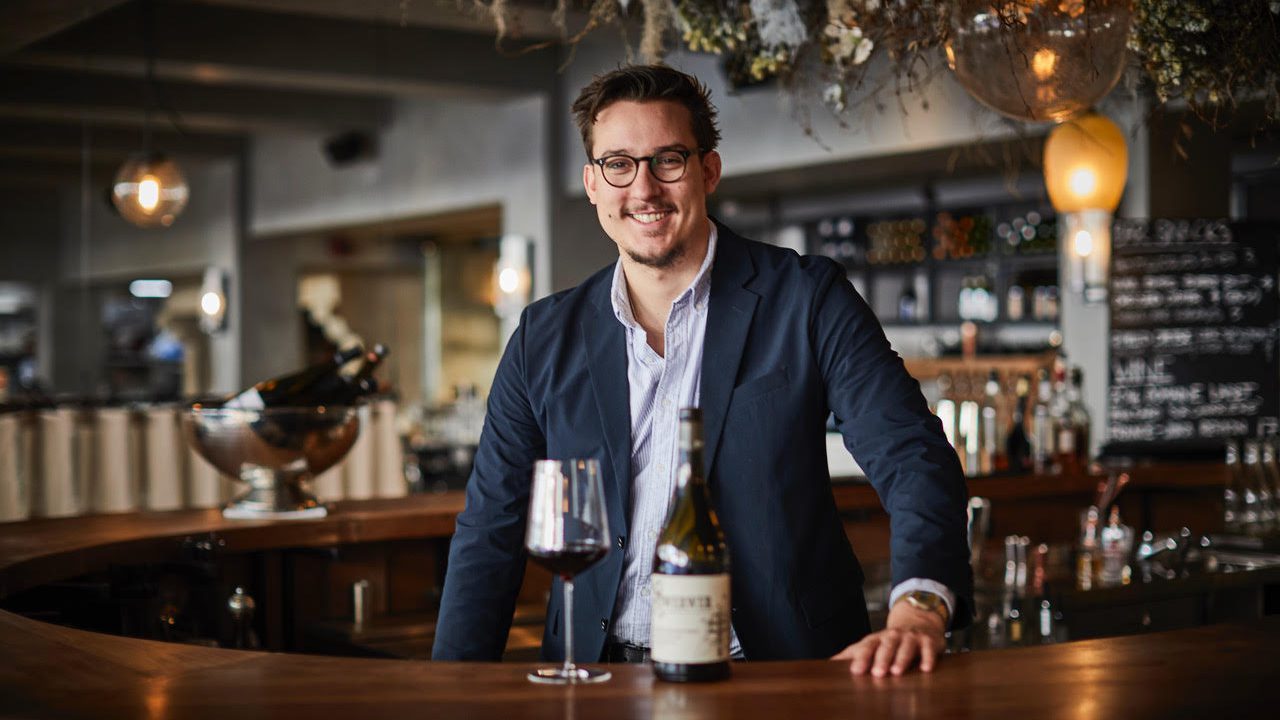 Man of the moment, Albert Blaize has created a textured list to best cope with dishes deeply smoked on an open hearth.

Formerly Eyre Brothers, an Iberian restaurant whose ghost remains in the threshold’s mosaic text and inexplicably leftover glossy black Berkel slicer (now used to issue translucent slithers of Tabasco pepped smoked pig’s head), St Leonards, Shoreditch is the second restaurant together by Jackson Boxer and Andrew Clarke. Brunswick House came first over a decade ago within the Georgian mansion of that name in Nine Elms, saved from the wrecking ball; Scottish-focused Orasay in Notting Hill is their latest opening.

Group drinks director, Albert Blaize previously worked at Serge et Le Phoque and The Clove Club, although his taste for wine arose from the insistence of the landlady at the Belle Epoque wedding venue, Knutsford to enrol him on a wine course. Otherwise, Blaize may have continued to programme computer games in “centre of the universe”, Runcorn.

At Phoque, Blaize opened his list with a Dali quote, while at St Leonards, the selection, clasped in soft leather, features the words of Beastie Boys rapper, Mike D: “Wine is similar to music in that it’s a purely experimental realm, and it’s a purely subjective practice. Ultimately it’s all about how you react to that music or wine.”

Blaize, who curated the selection for Selfridge’s sustainability-driven wastED pop-up with Dan Barber (of Blue Hill, Manhattan and Blue Hill, Stone Barns) is fascinated by food and wine (and indeed cocktail) matching, authoring a list which refreshes alongside, and brings seasoning to, dishes often characterised by acidity and deep smoke. “The wine list needs to respect the bold flavours of the kitchen,” he says.

The menu of Clarke, whose appearance is “full Viking butcher chef” according to Blaize, may feature, from the hefty marble altar to crustacea, Carlingford oysters with blood orange and fennel, and, served in a skillet, roast endive, crab and lardo, perhaps matched with Dajoar Zenit (Bender). “Dajoar means back to the old days” notes Blaize of the southern Mosel Riesling subject to spontaneous fermentation. Its texture apparently also makes it a good match with smoked vegetables from the open hearth (logs are kept in the private dining room also serving as “woodshed”), such as long-roasted celeriac.

With smoked gurnard with lemon yoghurt, chipped buddha’s hand and sorrel, Blaize may select Skerk’s Friuli Malvasia, an “orange wine, not too funky and super-round, barrelled for one year.” This he sources from fancy merchant, bar and importer, Passione Vino opposite.

On achieving Flint Wines’ Top Young Sommelier of The Year (2018), Blaize won the opportunity to make and sell his own perfumed, balanced and already very approachable red blend of 2017 974 Château Pesquié (Ventoux). You may be lucky enough to sample it alongside “our version of faggots”, lamb caillette with braised split peas, and “a cliff of deliciousness”, king cabbage with pork fat and XO crumb side.

As well as sinking teeth into the lists of Brunswick House and Orasay, Blaize is enhancing the liquid assets of St. Leonards’ sizable horseshoe bar so he may offer fine-tuned cocktails with dishes, while stepping up his “fun-first” civilian-focused writing projects…