The Dining Room at The Goring 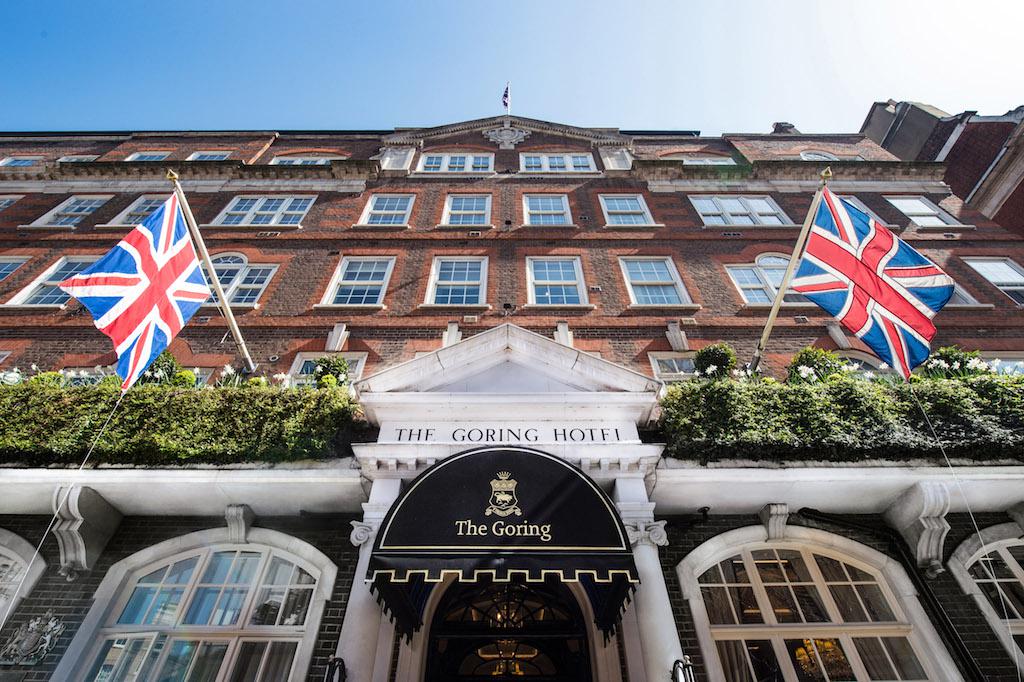 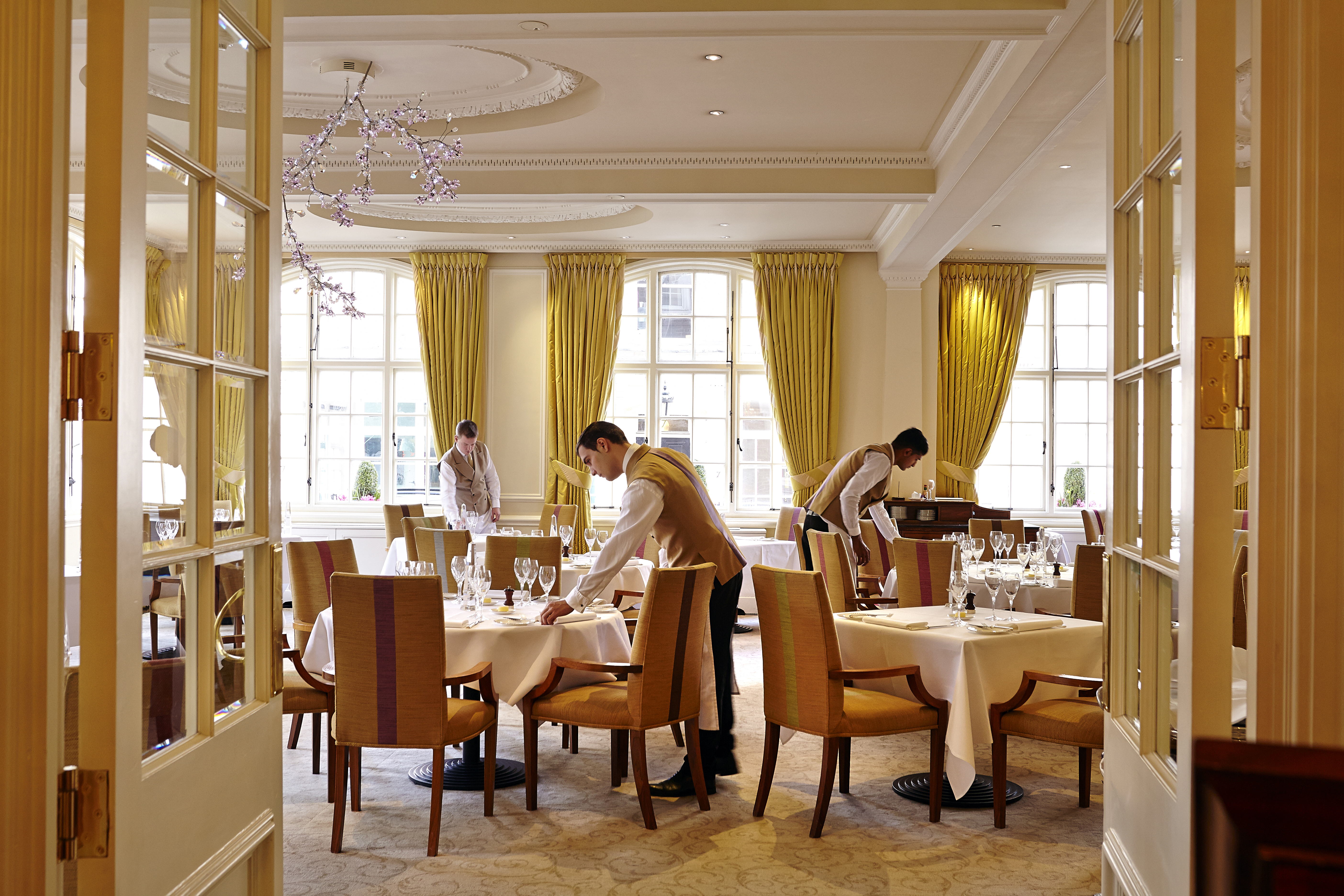 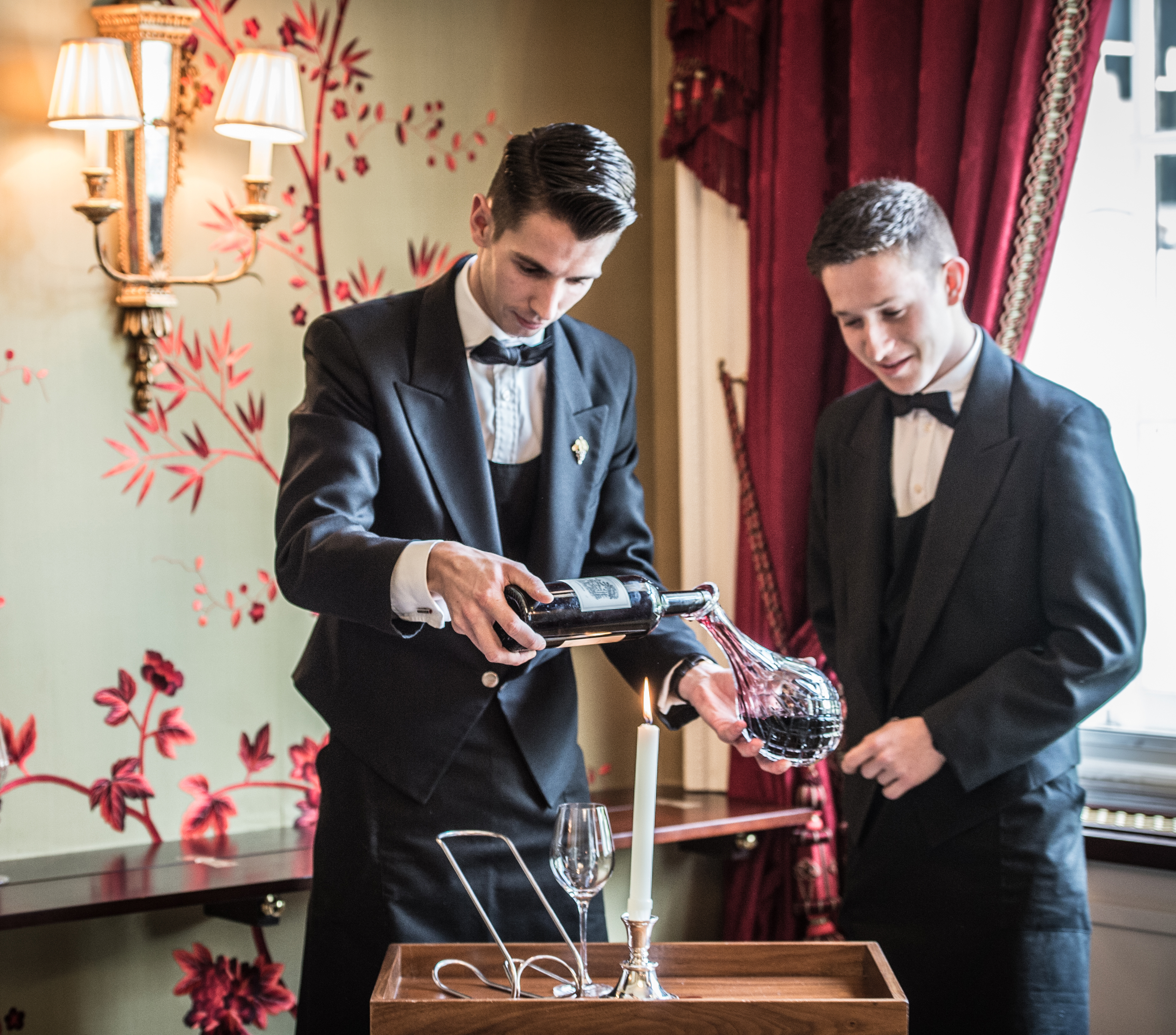 A royal warrant-holding bastion of Britishness, The Goring embraces Bordeaux and Burgundy while holding a flame over the new world and emerging regions.

Brittany-born sommelier, Jean-Baptiste Lemoine began at Alain Ducasse, Monaco before rising the ranks at The Goring, an independent, family-run five-star hotel with royal warrant and a pretty lawn extending so near to Buck House that it could be considered another wing of the palace. It is overseen by CEO Jeremy Goring whose dynasty is shown in silhouette on the dining room’s charger plates.

Lemoine, who fantasises about owning a vineyard in Provence, “where I could focus on making simple, authentic wine,” oversees a strong sommelier team purveying a largely France-focused collection which “becomes bigger and bigger,” he says. “We are one of the very few lucky places in London to buy a lot en-primeur, year-after-year.”

However, Lemoine continues to “move slowly” towards the New World, with a recent visit to South Africa’s Hamilton Russell. “Their Chardonnay and Pinot are always fantastic.” Although not an automatic fanatic of Pinotage, he found the version fom Ashbourne, to the east of the estate, “a perfect example of how Pinotage should be.” Meanwhile, at Klein Constantia he savoured winemaker, Matthew Day’s lighter take on Vin de Constance, “and pure, precise Sauvignon Blanc made with the help of Pascal Jolivet.” Expect to encounter listings from Brazil, Canada, Croatia, the Czech Republic, Morocco, Slovenia, Turkey, Uruguay and of course England given this institution is a union jack flag-waver.

Dishes may include the evergreen favourite starter of the late Queen Mother, “eggs drumkilbo” (lobster cocktail), or Autumn vegetables with cave aged Cheddar dumplings and chestnut and thyme velouté, then main of saddle of roe deer, salsify, creamed spelt, venison sausage, and Delica pumpkin. “Recently, chef introduced duck with poached rhubarb and I found a simple wine from Bairrada, Portugal which is 100% Baga (Filipa Pato). The wine’s juiciness and light structure is spot-on with the duck.” Finish with warm Eccles cake of soft blue Beauvale cheese and apple vinegar, perhaps with a glass of Madeira.

“Lunch and dinner are very different at The Goring,” notes Lemoine. “At lunch, guests tend towards lighter reds like Beaujolais, Cabernet Franc from New World, or crisp, un-wooded Chardonnay, while at dinner, they have more time, going for mid-to-top-end Bordeaux and Burgundy and increasingly, American wines.”

Lemoine advises guests seeking value to make inroads to Rhône reds. “Their prices don’t change much and they are consistent in quality, whether you like an easy drinking St. Joseph or full-bodied Châteauneuf.”

A room’s mood has a substantial effect on wine’s enjoyment, says Lemoine. “It is for me primordial. No one wants to enter a quiet restaurant or wine bar. The people, decoration, seating and of course food has to be balanced. The longer people stay, the more they’re enjoying their time!”

Brittany-born head sommelier, Jean-Baptiste Lemoine began his career in Monaco (Alain Ducasse) before rising through the ranks at The Goring, a particularly characterful five star hotel with a royal warrant and pretty lawn and so close to Buckingham Palace’s gardens that it could be considered another wing. Setting standards of luxury, on opening in 1910, it was the capital’s first hotel to offer both central heating and individual bathrooms serving every bedroom.

Lemoine’s favourite wine on the list is Hermitage by Jean-Louis Chave, which also heavily features cannily purchased then rested red and white Burgundies and red Bordeaux, often in large formats. ‘One of my best memories was the dinner at The Goring hosted by Château Margaux,’ recalls Lemoine. ‘I had to try every single bottle of Margaux and Pavillon rouge from 1996. 1998. 1999, 2001, 2004, 2008 and 2009 to make sure they were in perfect condition. Just fantastic to compare vintages.’

‘But we are also trying to explore the world,’ insists Lemoine, hence wines from Brazil, Canada, Croatia, Turkey, Slovenia, Uruguay, the USA and Morocco – as well as England, of course, given this institution is a British flag-waver. He has also become ever more interested in Port, ‘following few days in the Douro valley – one of the most picturesque places I have ever been.’

Despite the rarefied surroundings, Lemoine tries to ensure a sense of affordability. ‘Starting at £33 a bottle, we’ve always had some very reasonable wine priced at The Goring with moderate marks-up. This is basically how we’ve built a strong relationship with our guests who know they’re not going to break the bank by coming to The Goring.’

Still family owned and run, with friendly and obliging service, the hotel is overseen by CEO Jeremy Goring, part of a dynasty shown in silhouette on charger plates in the dining room, while the larger than life Managing Director, David Morgan-Hewitt has been an ebullient presence in this haven of Belgravia for over a quarter of a century.

The Dining Room at The Goring