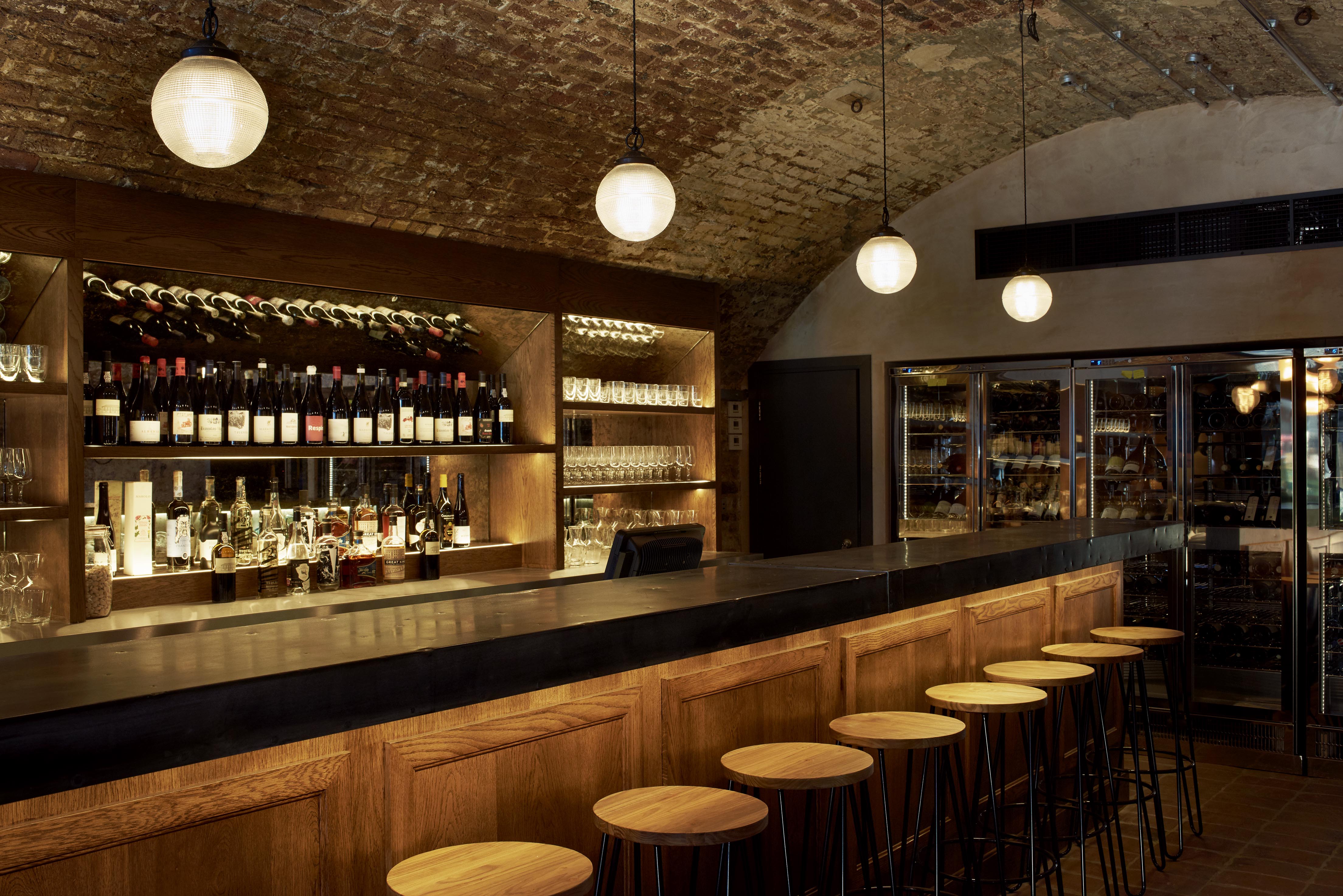 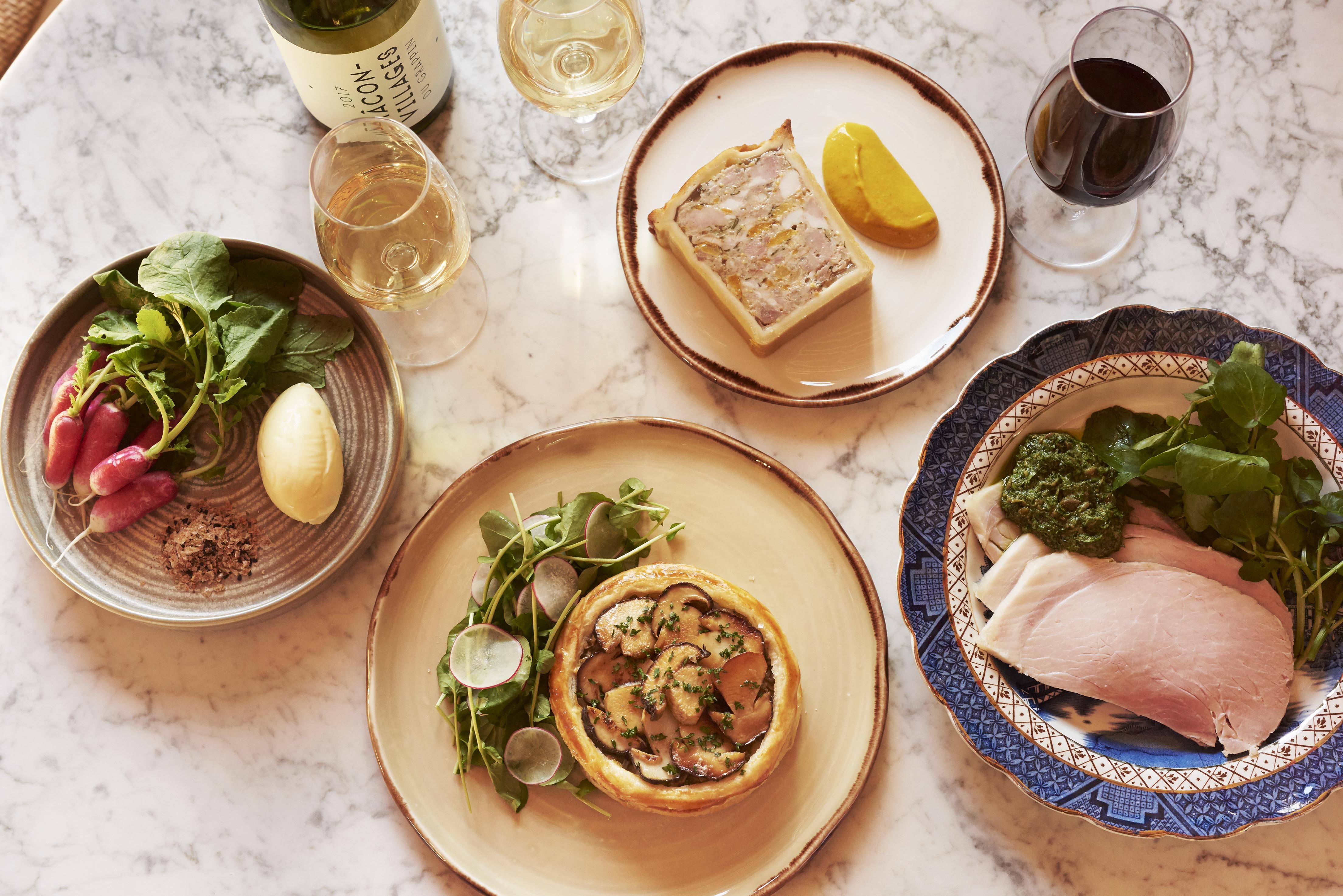 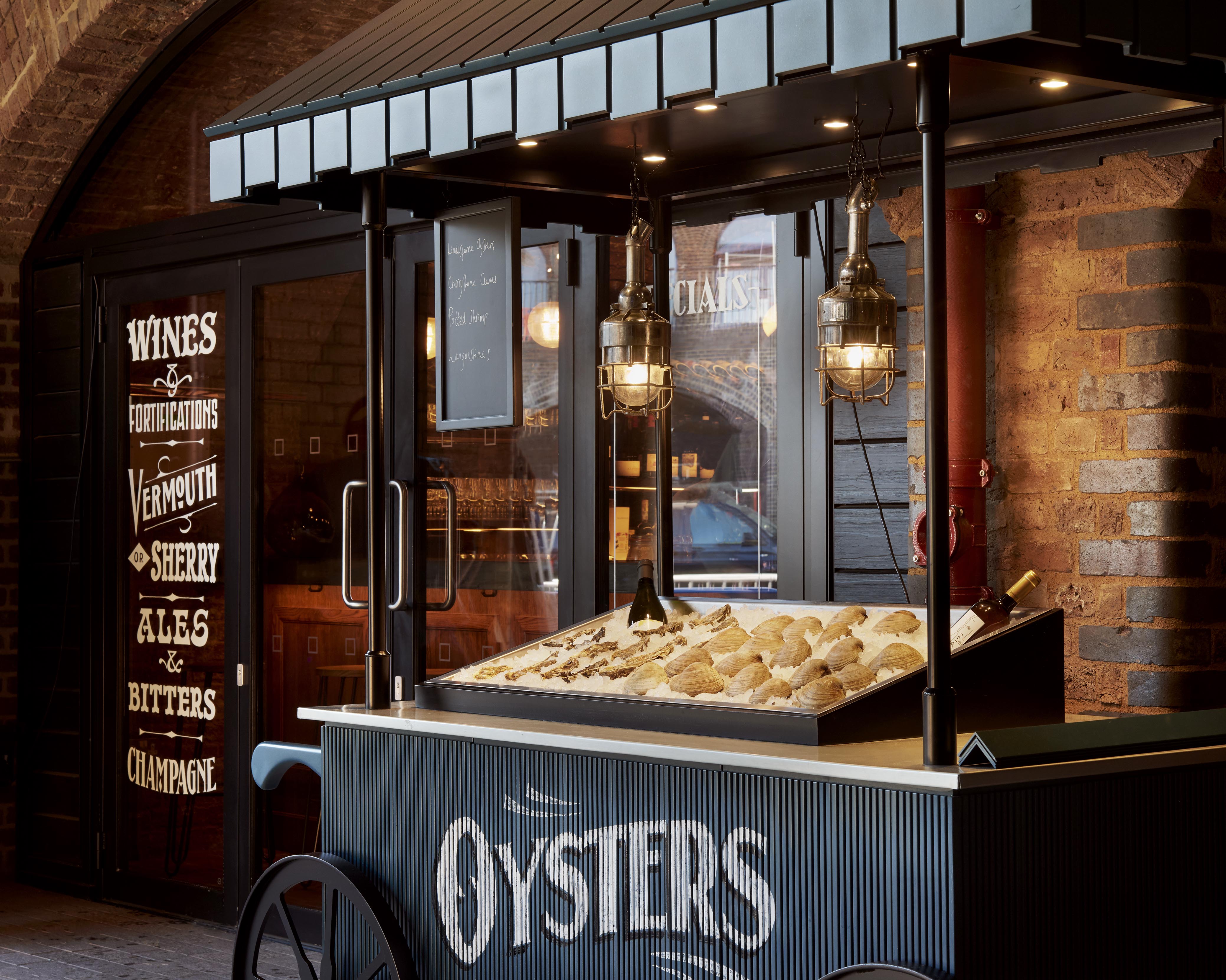 Housed in original brick arches built to store coal, and with a glamorous counter and large terrace, The Drop is brought to you by co-partners, Sam and James Hart of Barrafina and Quo Vadis fame and their friend, Crispin Somerville, with whom they run El Pastór taquerias.

Comms director and leading light on the project, Sophie Orbaum likens it to “a more modern Gordon’s Wine Bar,” while Aimee Hartley, publisher of the Above Sea Level magazine was intrinsic to setting the tone for how to convey The Drop’s approach, from writing the website and producer bios to picking wines. She says: “I put something together that felt very them – a fresh take on the classics. Smaller, craft-led producers working in a gentle way in the vineyards and the winery.” Hartley also compiled the fledgeling little brown book, “which has anything from slightly wilder wines from the Jura, through to old Riojas from the 1970s, and some delicious grower Champagne. All on a cash margin.”

In addition to native oysters from the jolly-looking cart outside, dishes by Karan Ghosh (formerly of Thomas’s Café at Burberry) may include homely mushroom consommé, braised ox cheek with horseradish mash, and a very flavoursome pear and frangipane tart with custard cream, possibly matched with a glass of Bera Moscato d’Asti selected by Orbaum’s brother, Sam who got his role at The Drop through an internal promotion “that had nothing to do with me whatsoever (directly or indirectly),” says Sophie. Finish your time in the substantial culinary quarter, which also includes the largest Barrafina thus far above, with a drop of bright, Californian Fernet Francisco Ruibarbo before heading to the sweet-smelling churros stall opposite.

Un-ticketed monthly “drop-ins” occur monthly, including the “Tartiflette and Alpine” event and Braai and South African wine night featuring a keg of Yellow Belly Chenin Blanc by Craven, and The Huntsman Shiraz from Stellenbosch producer, Journey’s End whose MD, Rollo Gabb is also a Director of Hart Bros.