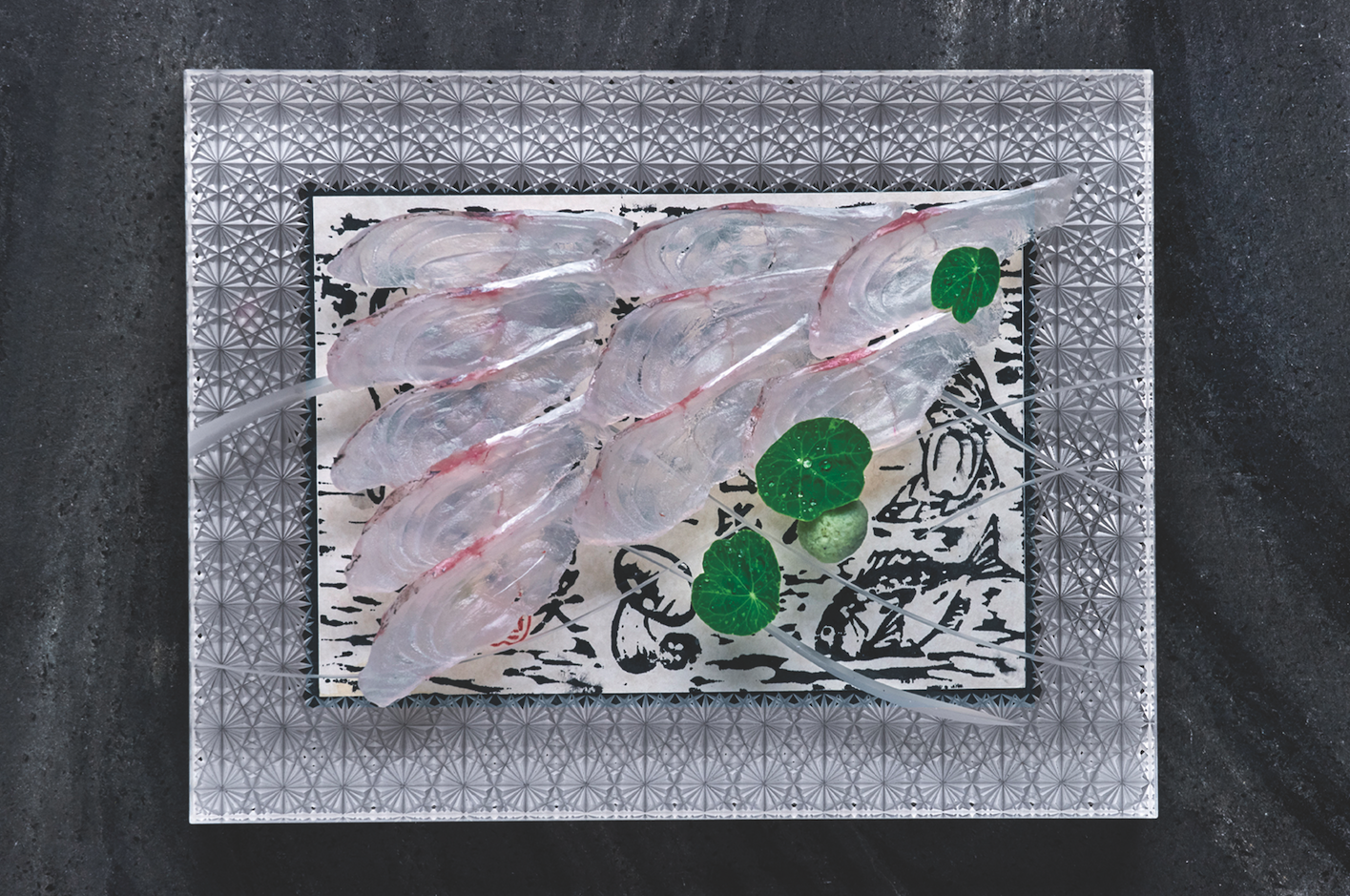 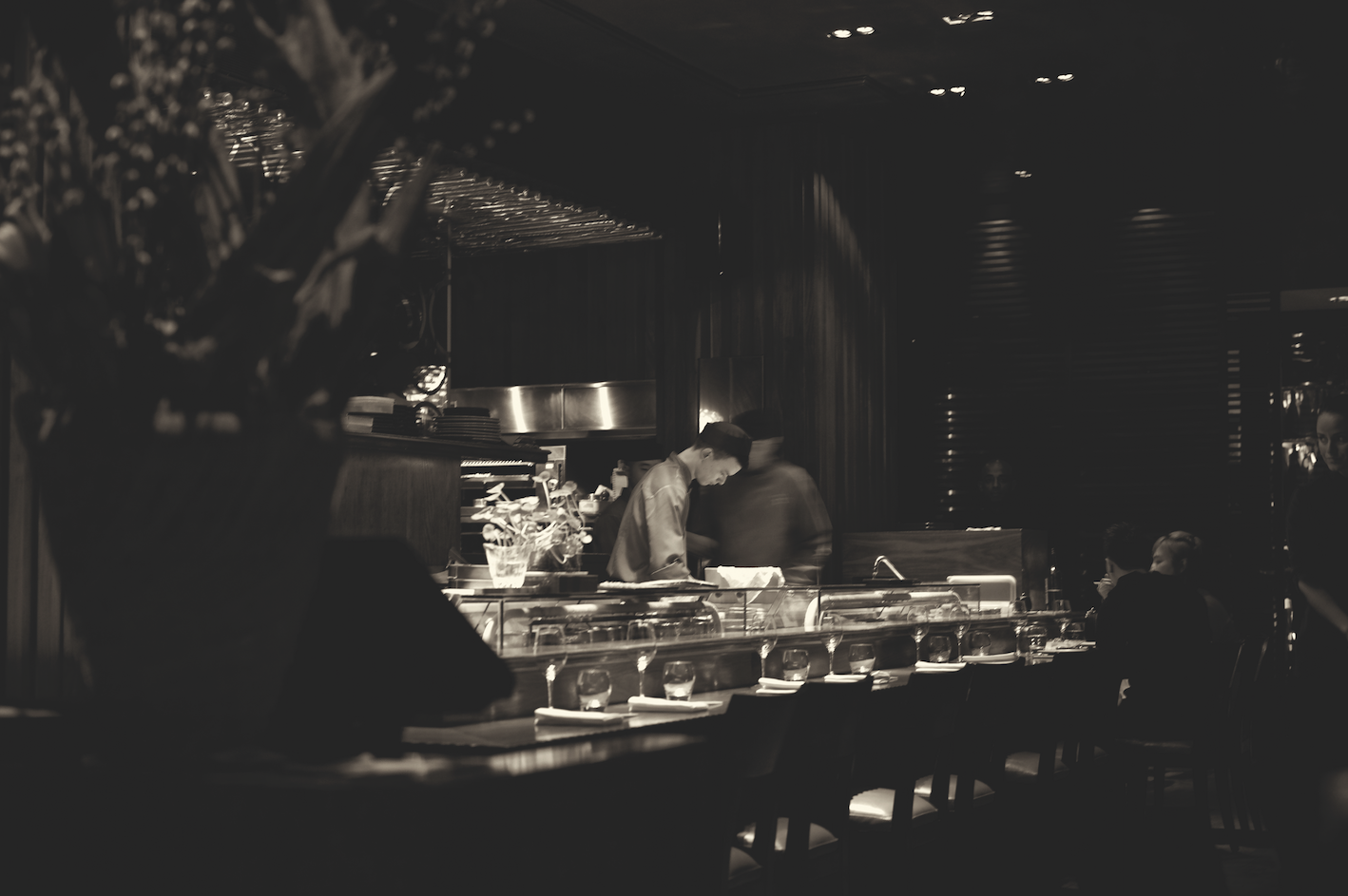 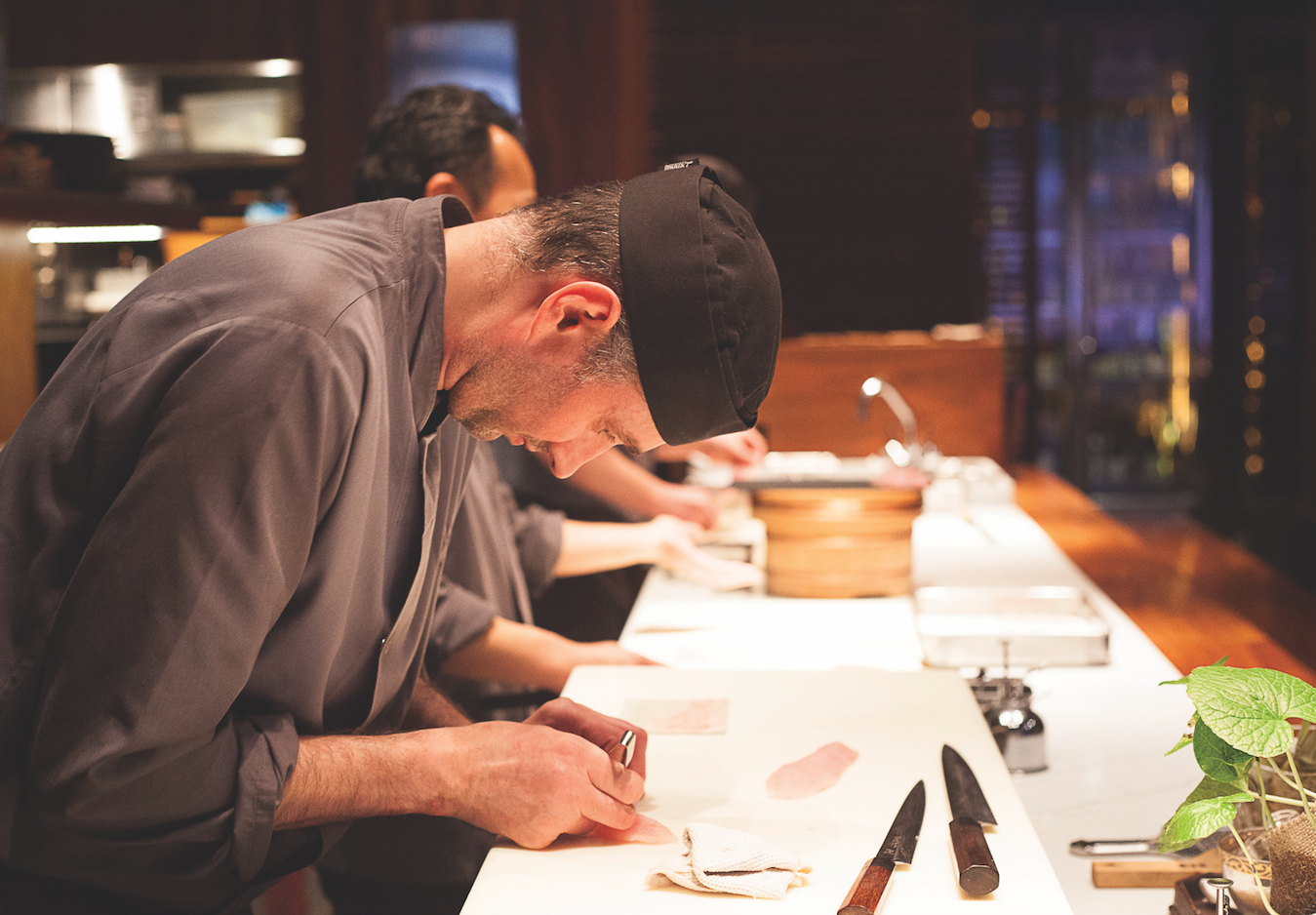 Umu is an art-enriched ode to refinement, where culinary talent has been polished over time, almost like sake rice.

At the discreetly-located Umu (Japanese for “born of nature”) head sommelier, Ryosuke Mashio, who has been at the mews restaurant for over a decade, believes a sommelier’s chief attribute is “to be good at listening”. Mashio oversees a wine list printed on rice paper like stock comprising over 1,000 bins including Japanese wines, and at 120 references, likely Europe’s leading sake selection.

Mashio takes considerable care devising pairings with the cuisine of head chef, Yoshinori Ishii (formerly head Chef at the Japanese Embassy for the UN in Geneva and New York) who is also a skilled potter, calligrapher, flower arranger and fisherman – with all of those talents clearly on-show at Umu.

Indeed, Ishii, who “loves English fish,” was so troubled by what he perceives as the poor quality of produce available to London’s restaurants, that he works with fishermen to ensure fish are caught using “ike jime” methods affording a swift and apparently less stressful death. If you ask him, Ishii is happy to show the rudimentary apparatus for dispatch. The gustatory result, according to one critic from Tatler, appears to be, “fish is so fresh it’s practically still swimming.”

Ishii enjoys opening the Kyoto-style kaiseki procession of plates with sparkling sake in Zalto glasses, such as Suzume’s Asti-like 5%, and informs that the style is used to celebrate winners of the F1 Grand Prix at the Suzuka circuit, Japan.

Mashio pairs sakes with an artful sashimi selection arranged on Norwegian driftwood and accompanied with a dab of Hampshire-grown wasabi. Describing the first match as sacrilegious – “I might be killed in Kyoto for this” he chooses a blurry, Yuzu-infused version reminiscent of posh Orangina (Ume No Yado) with thinly-sliced white fish including turbot and Cornish mackerel. To go with richer specimens, including an impeccable sea urchin and meltingly tender Spanish toro tuna loin, which Ishii notes is subject to daily variations – “every day is a different story for tuna” with mineral, aged, pure Akitabare Suirakuten Daiginjo.

Served cooler than either sake, Mashio chooses Wittmann Estate’s Spätburgunder (Pinot Noir) from a biodynamically-farmed estate dating to 1663 with outstanding freshwater eel from the largest lake in the British Isles: Lough Neagh, Northern Ireland. Arranged as if swimming up the plate, River Severn elvers adds texture and drama and gives a slightly melancholic insight into the lifecycle of the Anguilliformes.

With charcoal-grilled Wagyu beef, Mashio may pour an aged version of Castello Romitorio’s “Romito” (meaning hermit) made by neo-expressionist, colour-embracing artist, Sandro Chia, who restored the 12th century Montalcino fortress at which it is made.

Incidentally, subject to there being a suitable terroir, Mashio mentions that, if stranded on a desert island, he would want to plant Chardonnay and sake rice.