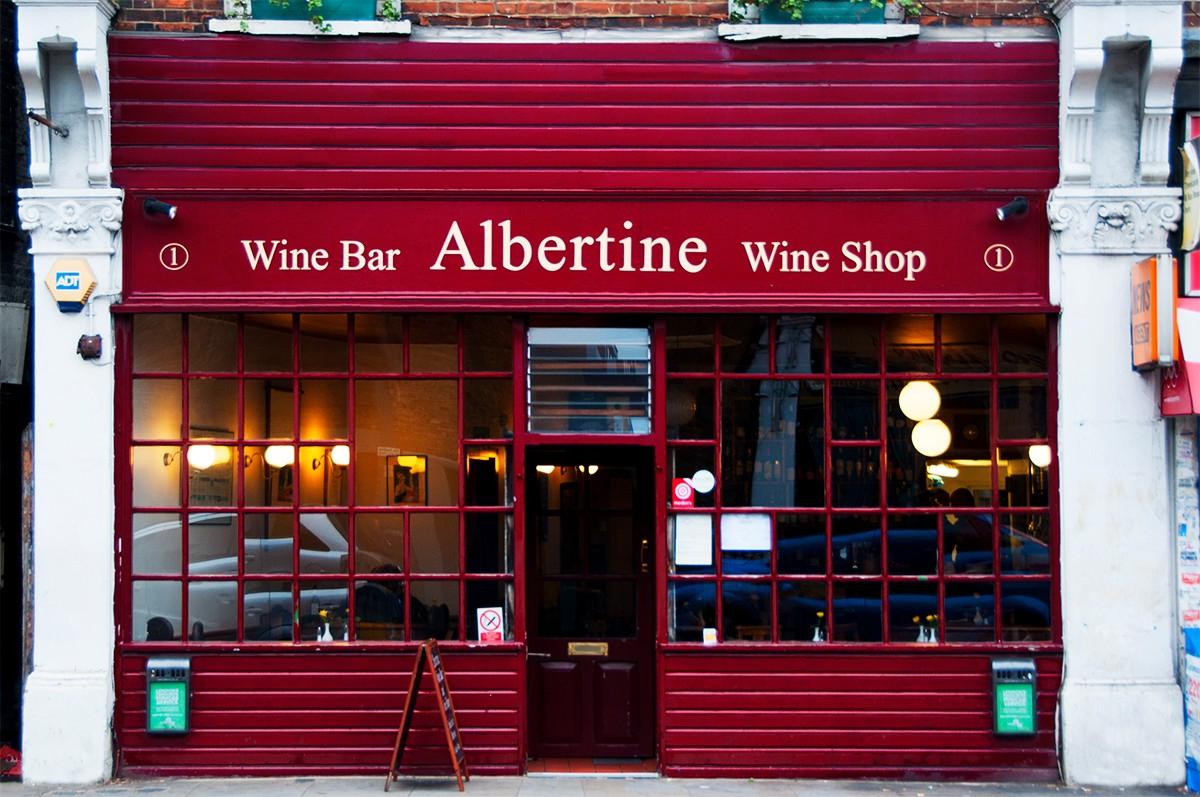 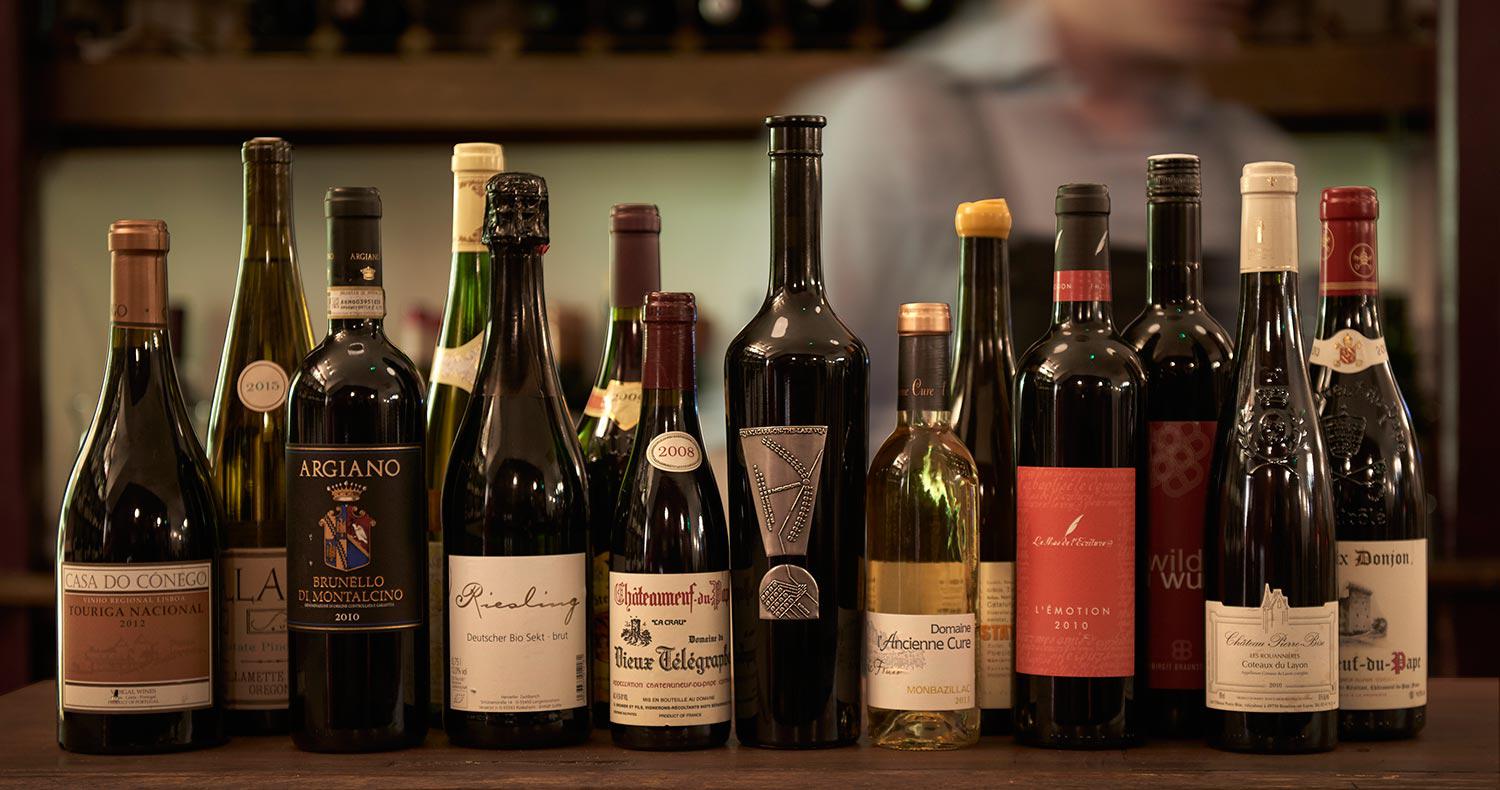 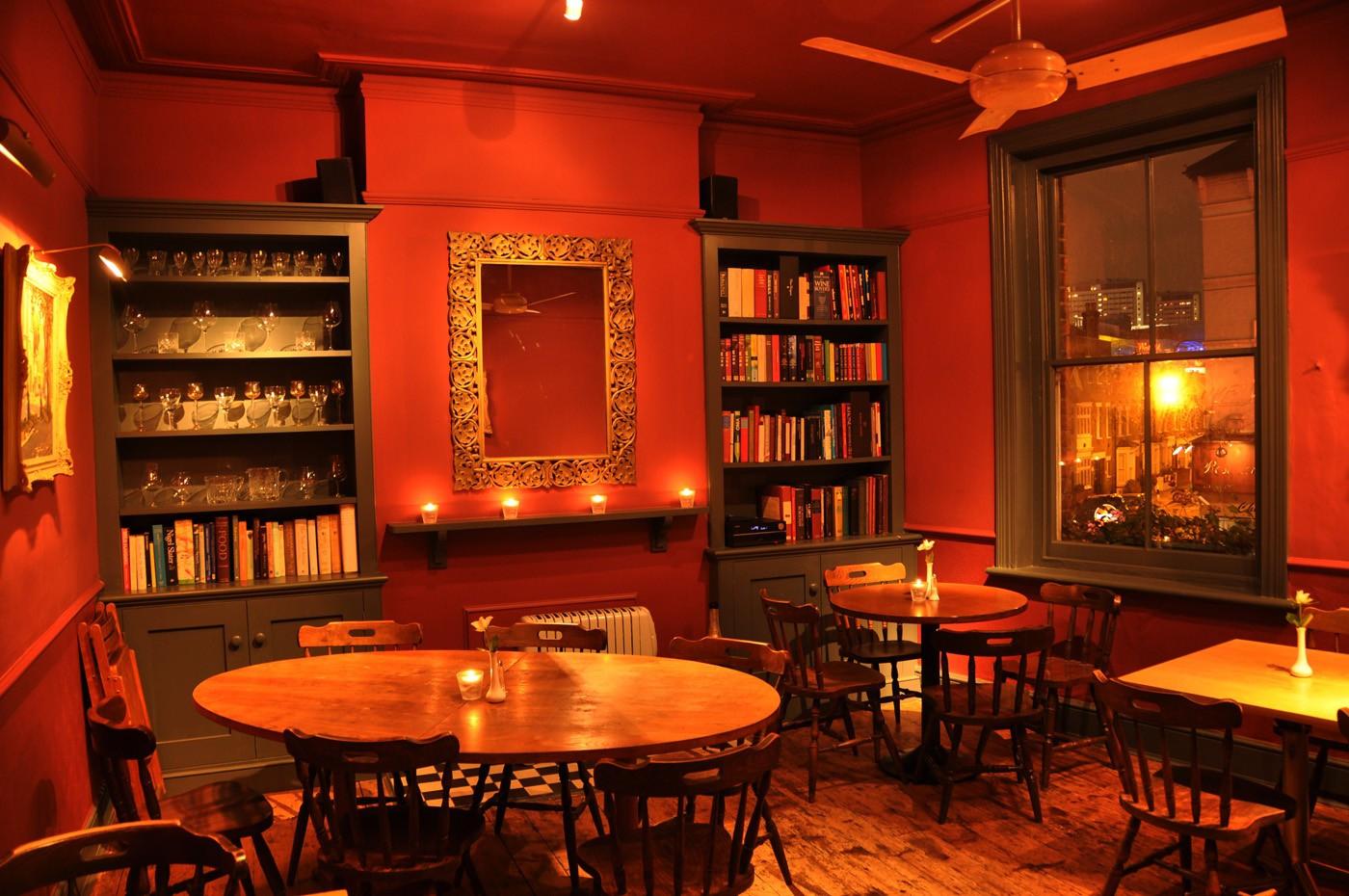 An 'Eastenders' institution, Albertine reopened under the tutelage of Allegra McEvedy, offering a diverse and interesting selection of bottles that you can also buy to take home.

Named after a ruinously enchanting protagonist from Proust’s In Search of Lost Time, Albertine is famed for being the venue in which the first EastEnders script was penned. The former chicken shop was transformed into an archetypal wine bar by Sarah McEvedy in 1978 and later taken on by Giles Phillips, who, until retirement, had been a familiar face within since 1983. Although dreams are not always best converted into reality, in 2017, Leon co-founder, Allegra McEvedy, the daughter of the original owner, reacquired it, wary it would otherwise fall prey to potentially callous property speculators.

I met Rob Freddi, Albertine’s half Italian/half French manager and chef, on what he reminded me was the anniversary of Italy’s liberation from Nazi occupation. “Like The Overlook in The Shining, Albertine has a direction of its own,” he says, “and it’s my role to make sure it keeps going.” Although featuring a new kitchen, Freddi was keen to preserve the bar’s lived-in look, right down to the mirror garlanded with plastic grapes, and the righting, creaking pews. “Allegra remembers picking the benches up from a reclamation yard with her mum when she was eight,” I’m told. “We never wanted it posh,” he adds. “And people from Mayfair come here because they don’t always want posh.”

Freddi, who previously worked at Rochelle Canteen, Native and McEvedy’s Blackfoot has brought a more worldly feel to the drink-in list and take-away wall line-up, which, under Philips was unwaveringly Francophile, “and also entirely made of male producers.”

Rather than reliving a past which was no longer anything more than the history of another person, Freddi prefers an international outlook of small producers, and enjoys “challenging guests a bit”, hence the “approachable and bit more challenging” precise orange Spätburgunder Sekt, and offer of “Grillo rather than Picpoul,” alongside a polished, but Italian of soul, entry-level Chianti from an estate “which has followed organic viticulture for a decade” (Villa Calcinaia, Villa Capponi)

McEvedy, who recently finished filming CBBC’s “Restaurant Dream Team” with Fred Sirieix tastes every new dish, instilling it with “her big flavours, delivered with minimal fuss.” Rather than the once signature sausage and mash, “which can be better enjoyed at home,” dishes, ordered off a menu charmingly and relevantly attached to a side of a wine crate, may include appetising melted lardo and chilli toasts, wild garlic croquettes with wild garlic flowers, and the famous Gaston Gérard chicken leg cooked in Comté, as well as an excellent cheeseboard ordered from a colour-coded blackboard. “Being something of an institution, guests immediately notice when we change recipes,” notes Freddi, “so we have to adjust dishes gradually.” For special occasions, small groups can reserve Phillips’ former sitting room and share larger platters.

Not wishing to exist in a realm where fools outnumber the rest, Freddi hopes to collaborate more with other indie wine bars in the near future, facilitating the import and sharing of a palate of Champagne, for example. Keep an eye open for monthly wine tastings (recently Greece) and ask about studying here for the WSET.

Something of an institution in wine-media circles, The Albertine Wine Bar in Shepherd’s Bush is famed for being the spot where the creators of EastEnders wrote the soap’s first script, with its famous pub the inspiration of its name.

Opened by Sarah McEvedy in 1978, it was later taken on by Giles Phillips, who had been at the helm since 1983 up until his retirement. This year, the bar came full circle, reopening under the leadership of Junior Bake Off judge and Leon co-founder Allegra McEvedy, the daughter of its original owner.

With McEvedy at the steering wheel, Albertine has upped its focus on food, but retained its reputation for wine, offering a diverse and interesting selection of bottles that you can also buy to take home.

Its 150-bottle list is described as a “romp around the world, showing off the best grapes, producers and techniques on the planet”, presenting both smaller producers and emerging wine talent alongside legendary producers.

Its by the glass list runs at about 20 wines at a time on a rotating cycle, along with its wine list that changes frequently. Check its website for the latest.