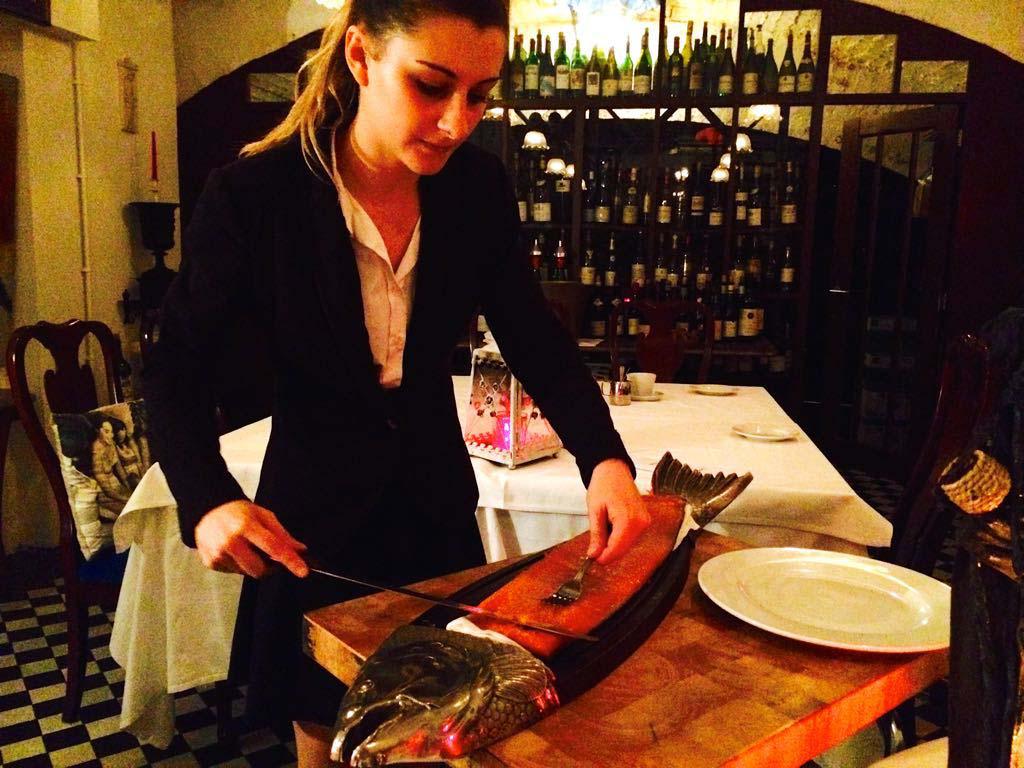 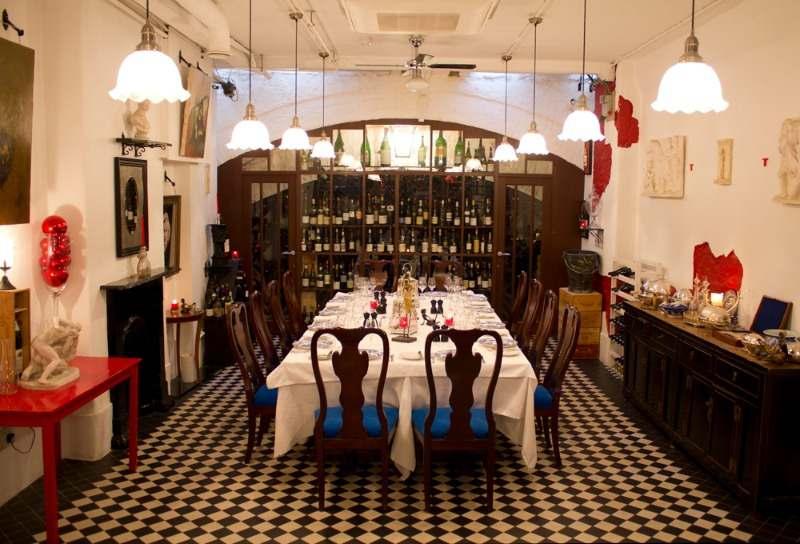 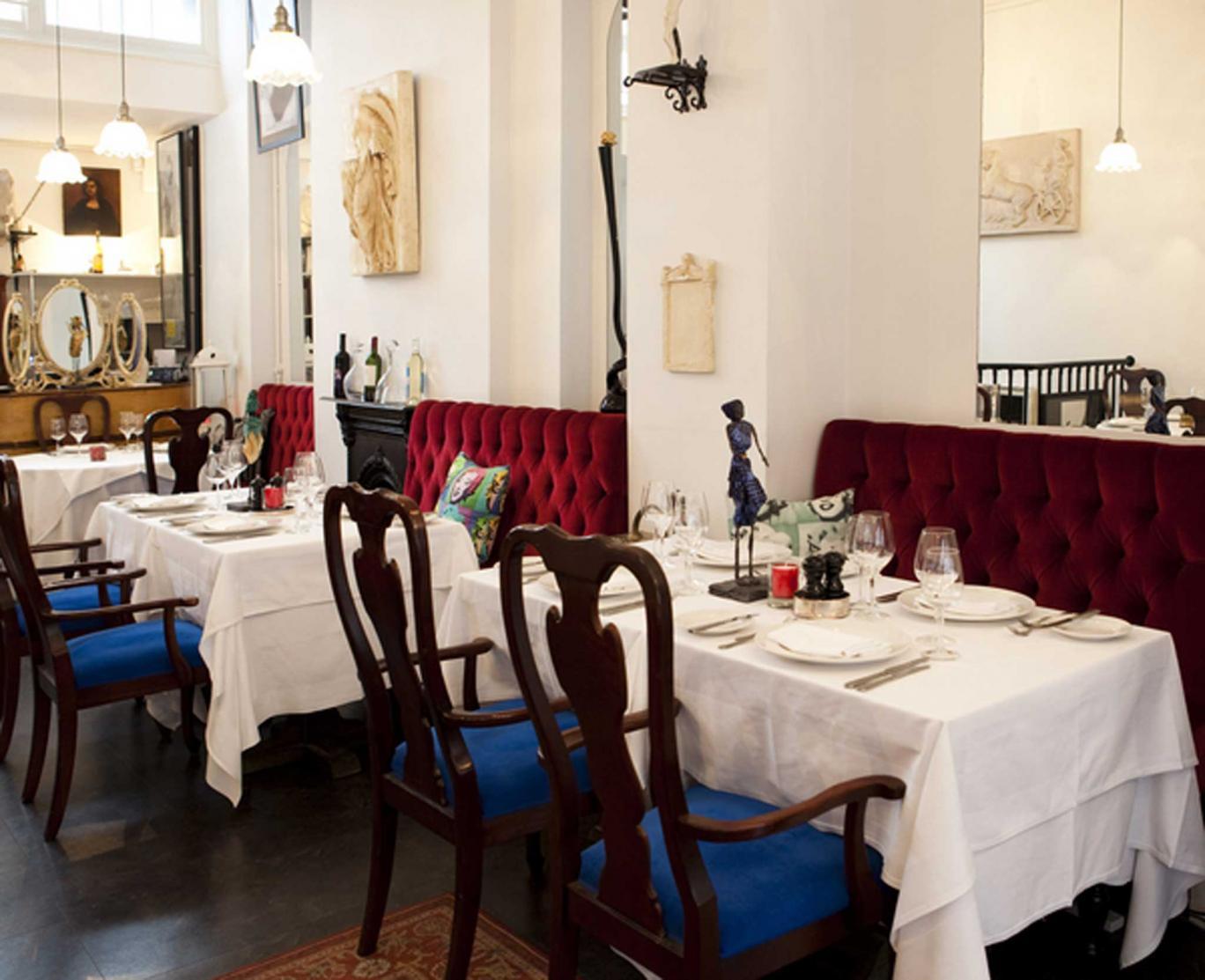 A unique restaurant with dishes often prepared at the table by the elegant, philanthropist, raconteur-restaurateur, Otto Tepasse.

Start with a demi-douzaine of escargots, followed by the twice-baked cheese soufflé aux morilles, steak tartare cut at the table with optional pan-seared duck foie gras and truffle sauce or Oscietra caviar. However, every meat-eating gastronome should come to Otto’s at least once to experience the fruits of the historic duck press, an incident involving a free-range bird raised by three sisters in the Loire to a nineteenth-century recipe. A speciality of Paris’ La Tour d’Argent where Tepasse worked as a trainee chef, then The Savoy in London under Victorian celebrity chef, Auguste Escoffier, the specimen is roasted rare as its carcass juices are extracted with an ornate press then added to a glossy, boozy jus. At Otto’s, Tepasse encourages guests to turn the screw of his 1927 press while wearing a Viking helmet. For those diners craving lobster, there is also the option of “Homard à la Presse”. Both experiences require advance booking.

Despite only being founded in 2011, Otto’s feels like a timeless operation where starting with a sherry (Manzanilla Barbadillo) and then ending with Malmsey Madeira seems the right thing to do. Rather than glasses, Tepasse prefers to offer wine by the half bottle, hence the tempting selection including William Fevre Chablis, Guigal Condrieu and Faiveley Mercurey red. The rest of the list is largely classical, too, led by Bordeaux and Burgundy and the Rhône. Notable is the rich selection of sweet wines, including renditions of S.A. Prüm and J.J. Prüm which share the common ancestor, Matthias Prüm, drawn from Otto’s homeland. Meanwhile, the spirit selection includes 1964 from single vintage Armagnac producer, Château de Léberon.

Incidentally, back in the late 1970s, Tepasse worked at Mirabelle, Mayfair (established 1936) when it was “the greatest restaurant in London”. He says, “I ran a station after two weeks with practically ten words of English with a Greek Commis Waiter who had been working there for 35 years. The youngest Chef de Rang had been there 22 years and that’s just after half the team had gone to open Annabel’s…”

Quirkiest French restaurant in town? Almost certainly. Coming here for canard à la pressé, or indeed for the lobster à la pressé, is becoming something of an institution.

Exceptional, short fine wine list put together by Otto himself, a flamboyant German who struts the room with some panache. Although there are a few selections from Otto’s motherland, including a half-bottle of trockenbeerenauslese priced at £1,950, this list is predominantly a love letter to France, topped with a fine selection of Madeira.

‘Entrées’ may include beignets of veal brain with tarragon jus, followed by a ‘plat’ of fillet of Scottish beef prepared table-side, with optional seared fresh foie gras for a modest supplement, or indeed the signature duck breast and leg served in two courses from the press invented in the 19th century at Paris’ Tour d’Argent (book this delicacy in advance).

In the restaurant’s words: ‘Our duck press was specially made for Hotel Provencal in Juan-Les-Pins in the early 1900s as a one-off piece.’