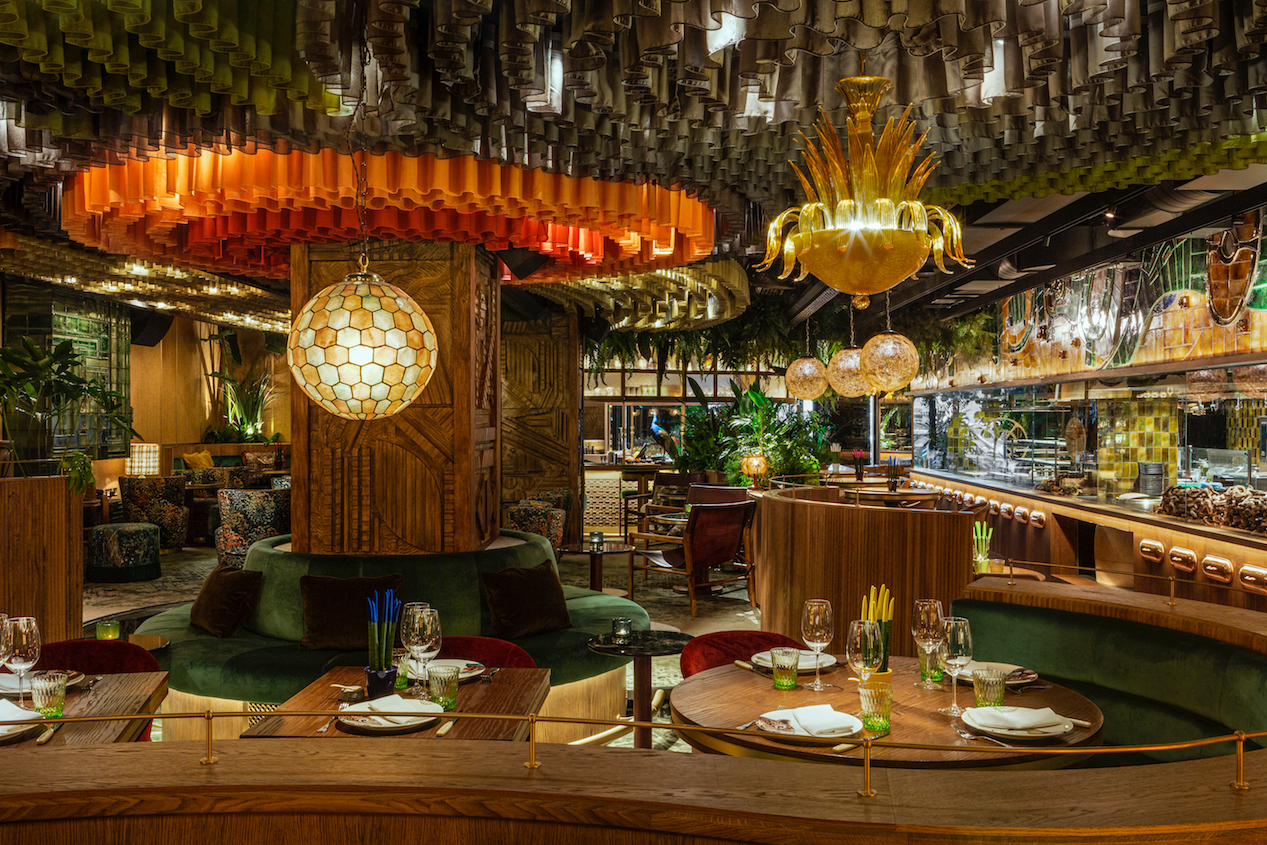 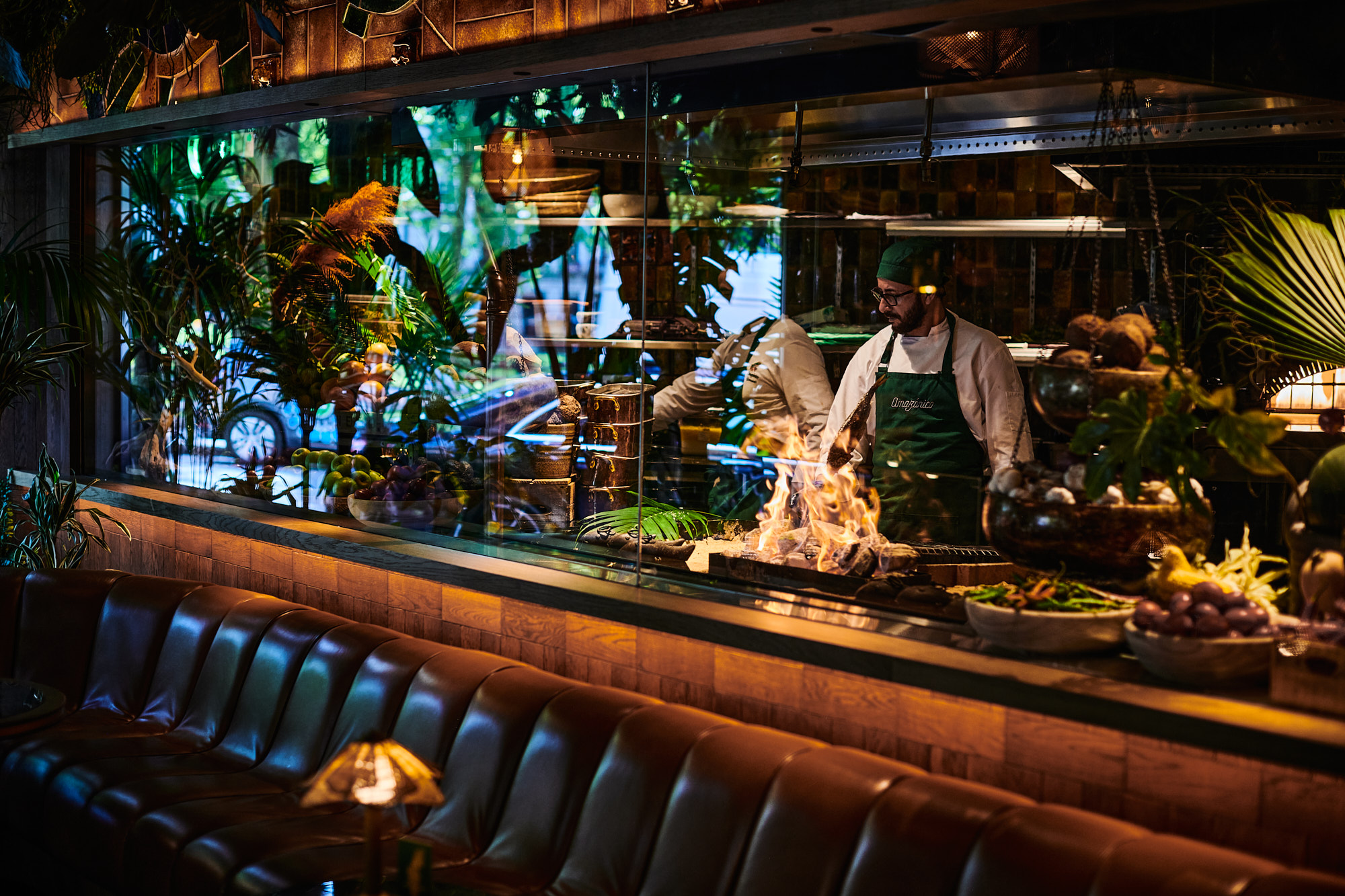 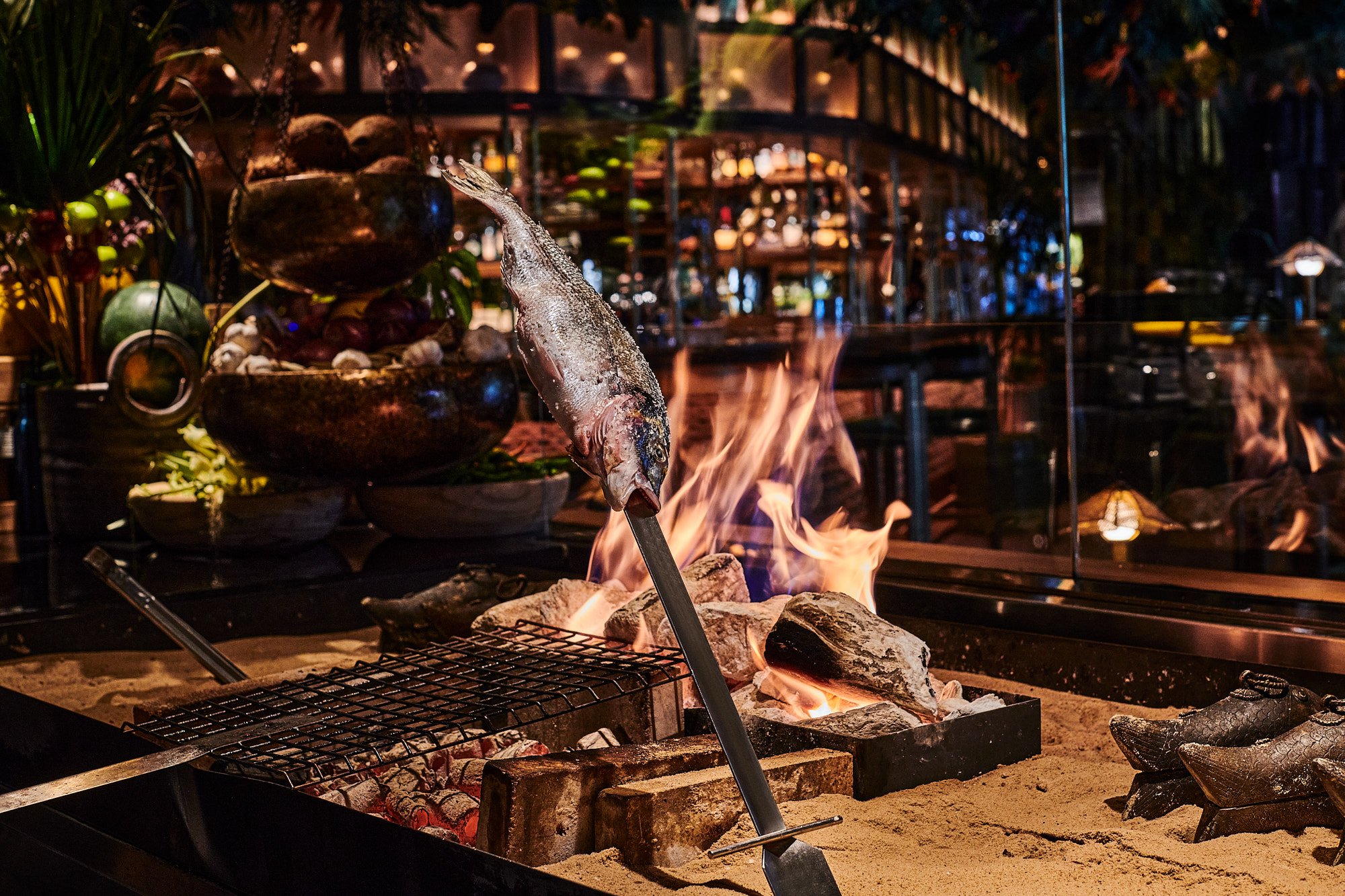 Celebrity Spotting
A complete night out
Flights of Rioja, both the rare and accessible
A sommelier team led by leading sommelier, Vincent Pastorello

The sequel to the instantly successful Madrid mothership, Amazonico is one of the most flamboyant, fun, and also slickly-run restaurants in London.

At Berkeley Square’s exuberant Amazonico, adorned with plants, fires and stuffed peacocks, global wine director Vincent Pastorello, oversees up to seven sommeliers in its 1,208m2 site. Located in the former Allied Irish Bank in the vicinity of Annabel’s, Hakkasan, Park Chinois and Sexy Fish, Amazonico is one of five restaurants operated by Marta Seco and Sandro Silva, and the sequel to the wildly popular iteration in the Spanish capital, which fast courted a celebrity clientele.

With caution when it comes to sourcing, Pastorello replenishes stocks at all levels in the 600-bin list, including hallowed bottles such as the £7,200 La Tâche consumed as part of a three-bottle-bill totalling £12,500 over one New Year’s Eve.

The Paris-born Pastorello always underlines the importance of using simple vocabulary when describing wine, breaking down the concept of “terroir” as “a real sense of identity of where the wine comes from”.

Pastorello worked at a two Michelin-starred restaurant in the French capital before moving to London to discover global wines and learn English, working, aged 18, at Orrery, then Claridge’s by Gordon Ramsay, with its “fantastic number of celebrities”. He later helped open Maze, as assistant head sommelier. “But, in the back of my head, I wanted to go to Australia, whose wines were very different to anything I’d tasted in France.”

Over five “life-changing” years in “second home” Melbourne, Pastorello worked at the “three hat”-winning Vue de Monde then, as head sommelier, at Rockpool, with its “bigger guest volumes and big, international wine list”, thriving under pressure. On his days off, he visited nearby wineries and vineyards.

Pastorello fulfilled his aim to work at a three Michelin-starred restaurant, in London, at Alain Ducasse at The Dorchester. “A three-star restaurant is in a special league, requiring precision in fulfilling guests’ high expectations,” he says.

He subsequently oversaw the reopening of The Grill at the hotel, as well as The Promenade, its two bars, and the vast banqueting division ranging from “a chef’s table of 10 guests to 1,000 in the ballroom.” He also designed the kitchen cellar.

It was a former operations director of Alain Ducasse who called on Pastorello to, as global wine director, instil wine culture across the Amazonico sites. “We opened Amazonico London and Dubai with a month in between,” he recalls. Although guests come to play in this “lifestyle restaurant”, wine has become very important. Reflecting the nationality of the founders, expect, direct from the bodegas, flights of Allende, a bodega started in 1989, which has become one of Rioja’s leaders in three decades, Vega Sicilia and Roda. Elsewhere, small Champagne houses vie alongside Cristal, and there are line-ups of Château de Beaucastel, Le Pin and Petrus and Harlan. With Amazon-influenced dishes realised by Vito Reyes (ex Ceviche), wines often curl around the bright dishes rather than simply cut through with acidity.

During lockdown, Pastorello worked on the openings of Coya, which is under the same umbrella as Amazonico, in Monaco and Mykonos, as well as conducting team training online. The layout of the restaurant has also been redeveloped, meaning a formerly secret club room has become a lounge, to make space for upstairs tables.

When not working, Pastorello enjoys baking, football and hosting team lunches at home. “Everybody is tasked with making a dish and bringing a wine for that dish.”