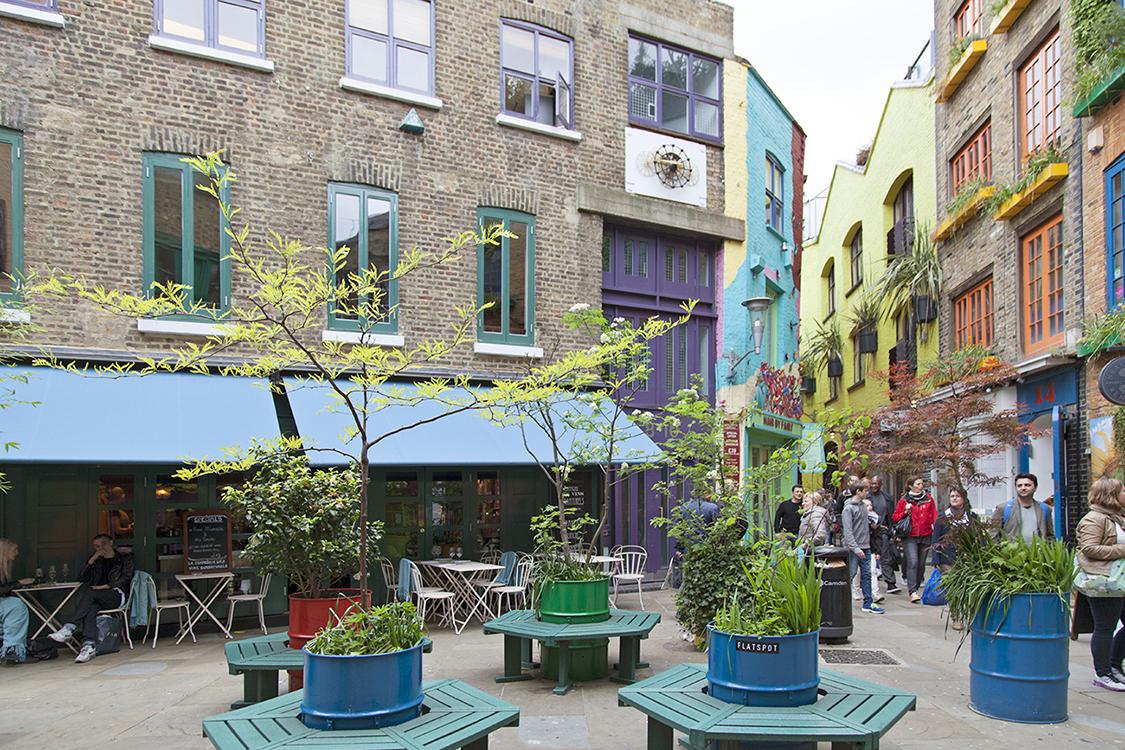 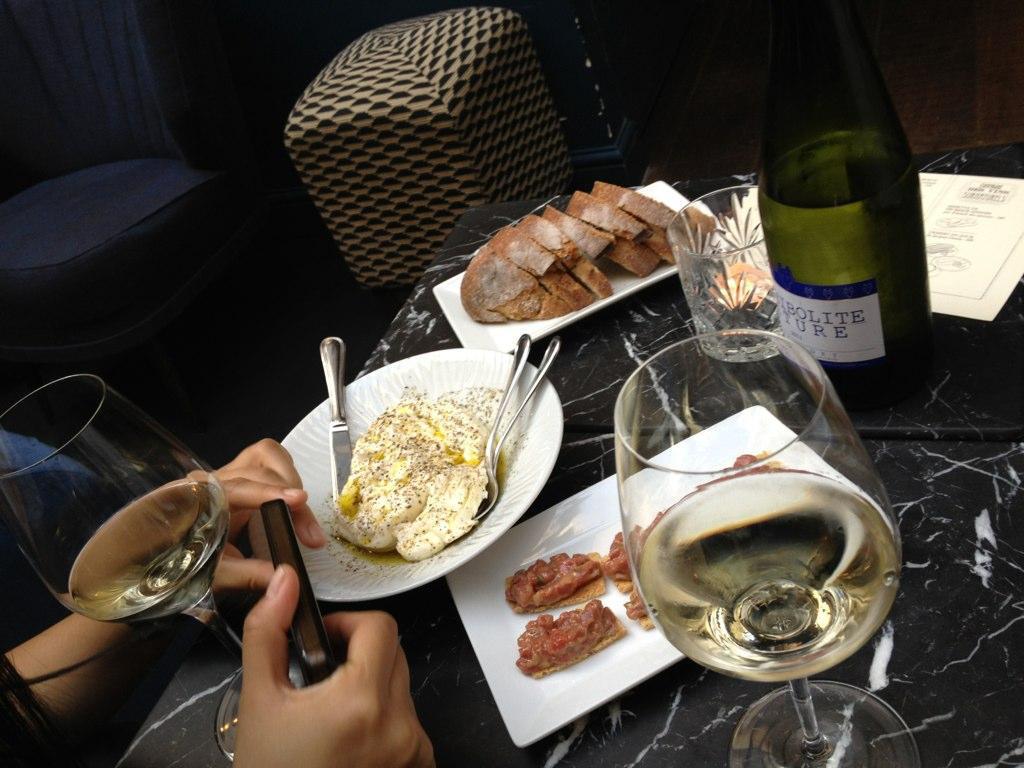 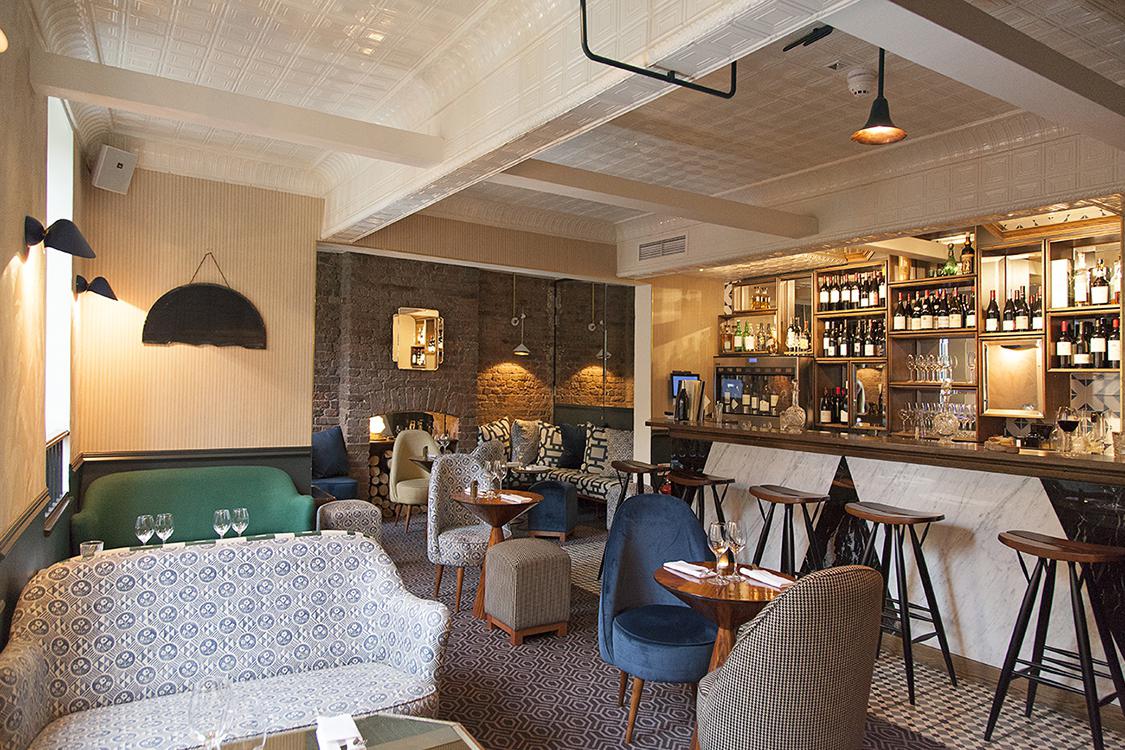 Part of the Experimental Group, CVS is a remarkably vinously well-equipped colourful haven off a courtyard, overseen by the dedicated gardener and baker, Roman Jaën.

Inquisitive group wine director of Jaën authors a deep and sometimes mischievous list at the softly lit, two-floor wine bar and counter that is Compagnie des Vins Surnaturels, Neal’s Yard. The location is named after the 17th-century MP, Master of the Mint, Groom of the Bedchamber and, no doubt, wine lover Thomas Neale.

Harking from Burgundy which, under normal circumstances, he returns to monthly, Jaën previously worked for Pierre Gagnaire at Sketch and helped open the European debut of The Peninsula, Paris.

Recently, Jaën concentrated on developing his impressive range of grower Champagnes, respectfully listing the terroirs of the growers. He also increased the detailed Burgundy selection, seeking out young-gun producers. Of the sometimes vertigo-inducing prices such wines can attract, Jaën notes: “People always talk about price but less so about quality, and the last vintages from 2014 on have been so good, coupled with better winemaking and technological precision. You can feel the improvement when you’re there.”

From elsewhere in France, Jaën builds impressive flights of wines from Grange de Pères, “which was one of the first fine wines I tried”, and, showing value, features Alsace picks from Boxler, Ostertag and Weinbach, perhaps best savoured alongside head chef Julien Guesdon’s foie gras, miso and kasha.

From Spain, he looks beyond Rioja and Ribera del Duero to bottles such as amphora-aged Priorat, Terroir al Limit, which could accompany beef tartare with herring and colatura, or a pitch-perfect pigeon pithivier. With crème caramel and vanilla cream, try ancient Madeira or Quinta do Noval’s 2000 Colheita, “bottled in imperial just for me”. Finish with filter coffee from the nearby Monmouth Coffee Company.

Appealing to brave customers and visiting sommeliers alike, Jaën promises a free bottle of the day’s ‘Mystery Wine’ if a glass of it is deduced correctly.

Jaën also looks after the lists at the Experimental Group’s “bed and beverage” hotel at London’s Henrietta Street, replete with Basque-influenced sharing plates, Venice’s 40-bedroom Il Palazzo Experimental in the former HQ of La Adriatica shippers, and Verbier’s Experimental Chalet. He takes pleasure in exploring the vinous territory of Switzerland, where he discovered fragrant Domaine de Beudon Gamay from biodynamically-grown grapes gripping the granite mountain overlooking the chalet. Back in England, he applies “the smallest margin I can” to Swiss wines, including bottles reaped from the one-hectare site tended by Olivier Pittet. “When I do something I like to do it in depth,” says Jaën.

Jaën describes the atmosphere of the 60-cover venue, including counter, as “chilled by day, with loud 1990s French hip-hop and American jazz by night”.

During lockdown in Dorset, Jaën learnt to bake proper sourdough and, compared with hospitality, had an “enjoyably restful” time gardening.”

When not on business for the Experimental Group, you might see Jaën at Quality Wines, “which has a wine for every wallet”, or rekindling his love of judo

The bijou haven that is Compagnie Vins Surnaturels is brought to you by the enterprising Experimental Group, a collection of well-made, gently lit, textured venues established by friends in Paris in 2007 which now includes bars, wine bars, clubs and even “bed and beverage” hotels beyond the City of Light, in London, Ibiza, New York, and – coming soon – Menorca and Venice’s university district, Dorsoduro.

Inquisitive group wine director, Roman Jaen, who wears an anti-Hugo Boss top which reverses the brand’s logo, has authored a truly fascinating, sometimes mischievous list promising a free bottle of the day’s “Mystery Wine” if a glass of it is correctly deduced, at the two-floor venue in  Neal’s Yard. This secluded, characterful, cobbled courtyard takes the name of seventeenth-century MP, Master of the Mint, and Groom of the Bedchamber, Thomas Neale.

Harking from Burgundy, Jaen, who has been with Experimental for three years, helped open the European debut of The Peninsula in Paris; his CV  also includes Pierre Gagnaire and Sketch Lecture Room and Library, as well as restaurant experience far further than Europe in Melbourne, Australia.

Jaen enjoyed exploring the vinous territory of Switzerland so much while working on the list at the Experimental Chalet, Verbier, that he will show a little rare stock of a nearly decade old, fragrant Gamay made with decorum from Domaine de Beudon to appreciative guests in London. From vines sown amid a richness of herbs tugging into the vertigo inducing granite mountainface overlooking the Chalet, the biodynamic grapes tended by twin daughters are lowered down from the “vineyard in the sky” via cable-car. Jaen describes this as, “the most precise wine I tried.” It brings accuracy and acidity to both a “redefined” vitello tonnato of Basque veal with cooking jus and samphire, and tonnato quenelles, and pitch perfect pithivier of near tear-inducingly tender quail.

Despite the small scale of the lounge bar and restaurant which evokes a most covetable Heal’s furniture showroom, Jaen has a fondness for very big bottles, such as Quinta do Noval‘s Tawny from the millennium, “which they bottled in Imperial just for me.” This dovetails with an excellent, scoopable tiramisu sponge cake with mascarpone.

It has quickly become one of the best wine lists in London. Plush, homely and comforting in character, CVS is filled with velvet chaises longues and, happily, takes bookings.

The wine list is a labour of love. French wines make up the bulk of the list, with copious offerings from Burgundy and Champagne, where a light is shone on small growers, and the Rhône, although there is much else to please the most obsessive oenophiles. As its name suggests, there is a dedication to the natural wine movement, and a strong leaning towards the south of France in a hat tip to Biarritz-born Oudill’s homeland.

Notably, tasting notes and descriptors about the wines have been deliberately omitted from its list, leaving the sommelier free to tailor recommendations to a guest’s tastes. A seriously good list.