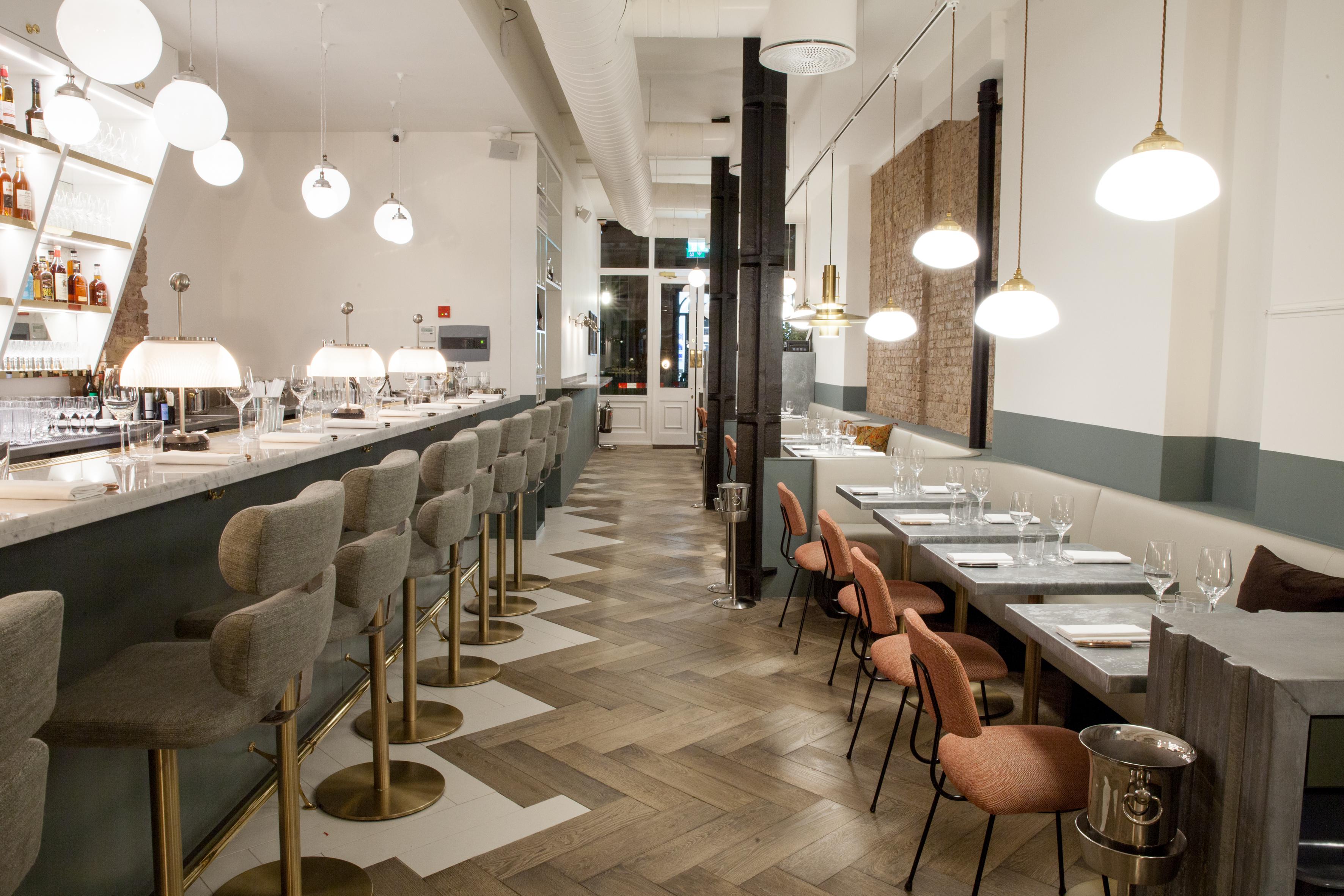 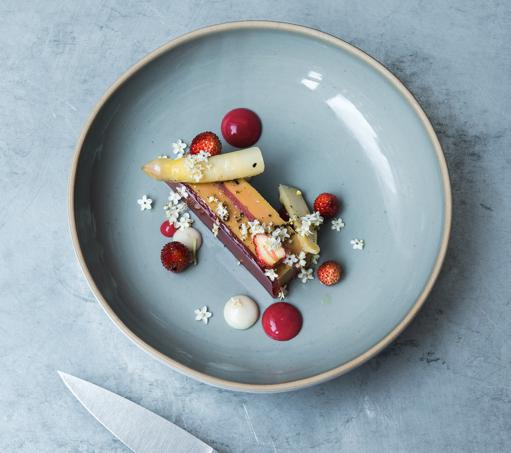 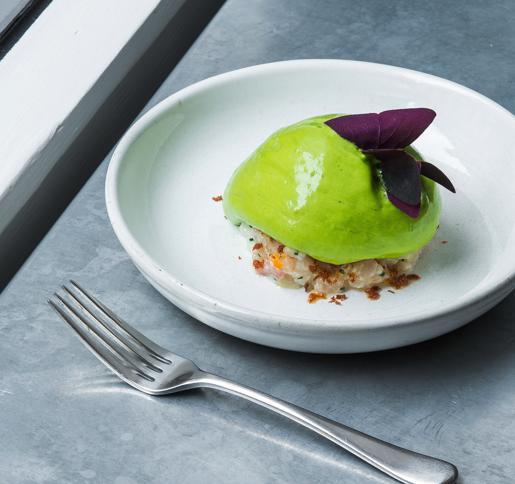 From Montpellier’s seaside Sète, Maurane El Mokkeddem is head sommelier and assistant manager. She says the “uncomplicated” venue has “bistro energy” thanks to her “young team.” With a finger tattoo reading “forever”, El Mokkeddem previously worked at Trinity, Clapham with Sara Rossi. At Frenchie, she sees her role, and that of her “lovely soldiers, Joris Coradello and Jeanne Bobinet” as helping guests “create memories, discover their first biodynamic wine, or first vintage from a new winemaker.” Of teamwork, El Mokkeddem says, “work together and go further, work alone and you may face a wall you can’t climb.”

Dust-free bottles include, from century-old vines, Mont Baudile’s Bourboulenc, the London exclusive, 2011 Margaux du Château Margaux, and aromatic, indie orange Slovakian (Slobodne Vinárstvo) whose “honeycomb” works with pumpkin and ricotta tortellini. These hang in iron racks facing the open kitchen, punctuated by starry lights, while magnums, “which Frenchie is hooked on” temptingly stand behind banquettes. These may include an older vintage of Henri Milan’s Provençal red. Also expect the odd New World bottle including Kevin Grant’s Ataraxia, and retro Napa (Ashes and Diamonds). While there is osmosis between the lists in Paris and London, don’t expect English wine at Frenchie, Paris!

Aside from wine, cider such as unfiltered Wignac Le Goupil rosé brings “subtle elegance” to the signature bacon scone “nibble” with maple syrup and clotted cream. Other dishes from menus ranging from pre-theatre to the five-course tasting menu, may include a starter of foie gras with forced rhubarb and sorrel which El Mokkeddem partners with Californian Broc Love Rosé (Valdiguié, Trousseau, Zinfandel), main of steamed cod, mussels, cauliflower, dill and whey, then yuzu Mont Blanc, and English/French cheeses.

Note the “Frenchie barrel” at the bar, “bringing a vanilla touch to the house-aged Boulevardier.” And stay for excellent coffee (Dr Strangelove San Salvador).

While Frenchie London prepared to reopen, El Mokkeddem helped open Frenchie Pigalle and travelled around Occitanie and Provence visiting vineyards, breweries “and even a beekeeper.”

The sommelier team of Bastien Ferreri (formerly of Hibiscus and Murano; the buyer and restaurant manager here) Jonathan Raggett (ex Clove Club) and Julie Barbero (ex Hibiscus) can be relied on to take you on a proper vinous journey. There is a clear emphasis on organic, biodynamic and minimal-intervention. Around 10 icons are listed by the glass, in addition to a lively list of accessibly priced wines you’ll find hard to choose from. France, naturally, dominates, with a lesson in artisan white and red Burgundy, Loire and the ‘Big South’ alongside some stars from Alsace and Jura – Josmeyer, Ganevat and Tissot among them. A section of white and red ‘World Wild Wines’ will please the natural wine geeks, while as far as orange wines are concerned, this may well be the motherlode, containing as it does Gabrio Bini’s Zibbibo and Sepp Muster’s Erde.