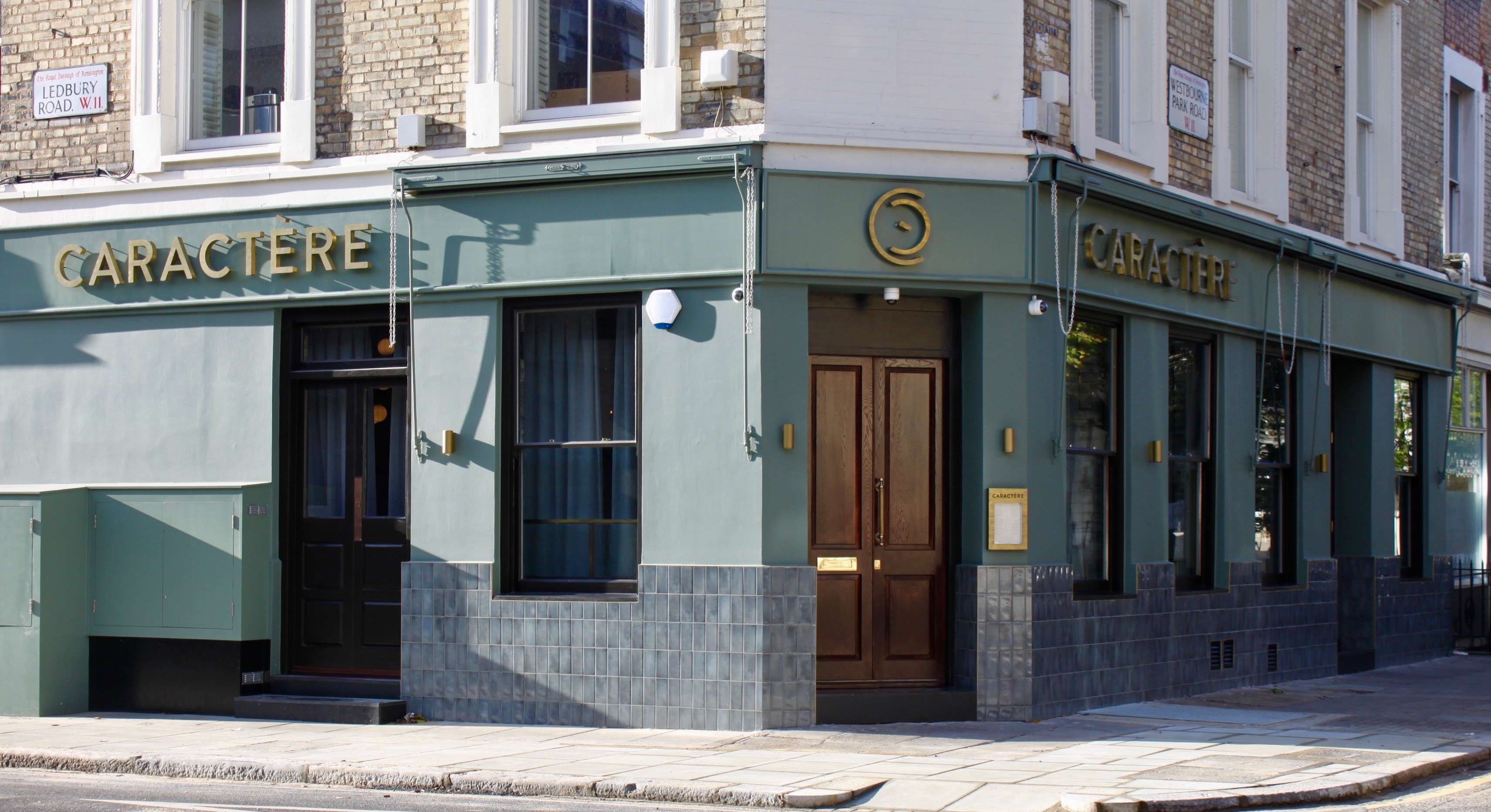 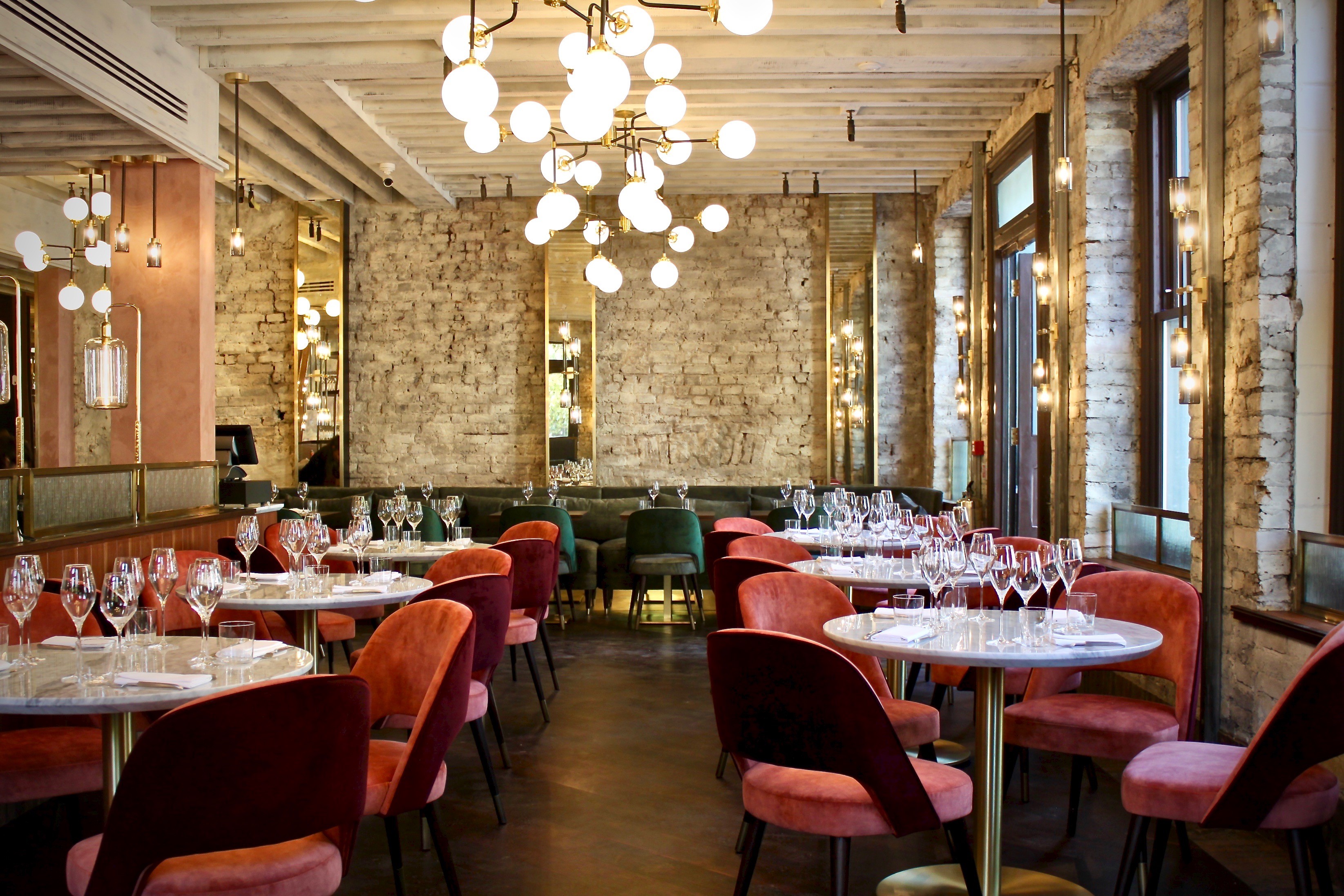 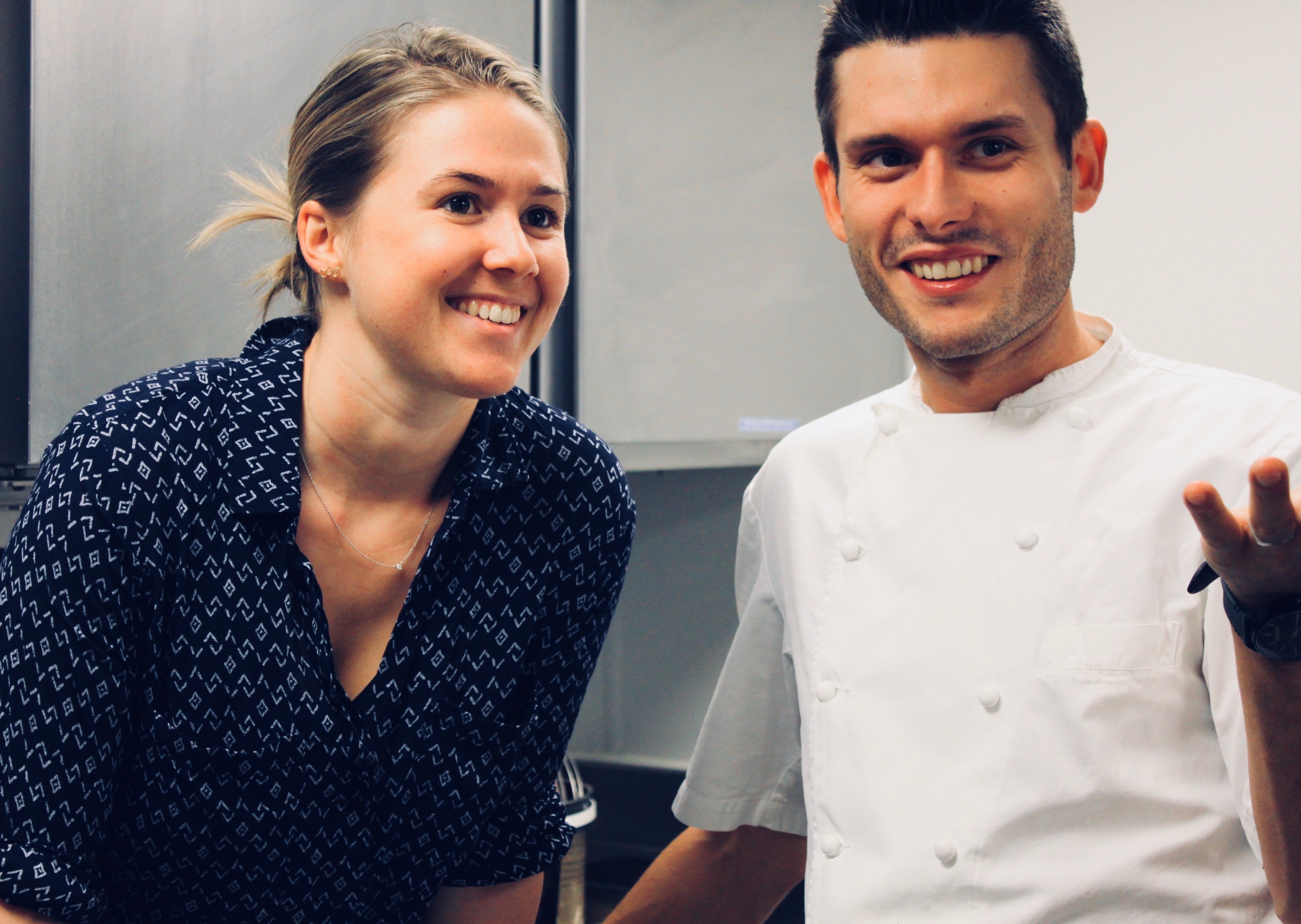 With brick walls and gold maps of the Seine, Caractère is a romantic restaurant located at the end of a mews near The Ledbury. It was conceived by partners in life and business, Emily Roux, the daughter of Michel Roux Jr. and a Champagne fanatic, and Diego Ferrari, a lover of mature, powerful Bordeaux, who was the Head Chef at Le Gavroche for three years. Both their dishes and the wine list by Monaco-born, Genoa-raised sommelier, Romeo Bisacchi, evenly honours France and Italy.

Bisacchi strived to study his guests’ needs during the first year of trading, gradually increasing the labels to 270. “Every month is in movement as I check what the market is offering,” he says. Bottles include the biodynamic, Les Héritiers du Comte Lafon, reasonably priced maturing Claret in Cantemerle or Lacoste Borie, and winsomely meek Dolcettos and Barberas, plus starry Barolos and a Bordeaux impersonating Tuscan Cabernet Franc (Duemani). When explaining his list, Bisacchi mentioned he enjoys extolling the virtues of more satisfying options, recommending a floral Arneis over arguably dreary Gavi di Gavi, for example.

“Ingredients move the balance,” says Bisacchi when matching wines with the unusually categorised menu, where “Subtle” headlines vegetable-focused small plates, “Delicate” refers to fish mains, and “Greedy” leads on to puddings. A favourite match is, from the “Robust” section, the dry-aged, “soft, juicy” duck with stuffed red onion, salsify and hazelnut paired with single cru Barbaresco (Gallina, Piero Busso), perhaps followed by raw blue Stichelton cheese with baby leaf salad and 1997 Warre’s Port.  Be sure to leave room for a digestif such as Bloomsbury Pastis which magnifies star anise, cucumber and Sussex hops.

“You live it seven days a week,” says Bisacchi of hospitality, hence when not at Notting Hill, you may encounter him admiring stock at wine shops before fastidiously checking prices online. “The internet is moving wine prices,” he says, noting that Italians producers are more likely to be gentle in raising their wine prices compared to the more instantaneous French. He also enjoys sinking the odd ale alongside a roast in a traditional pub – “the best Sunday option.”

Before coming to London, Bisacchi worked at Florence’s three Michelin-starred, Enoteca Pinchiorri, where he recalled owner, Giorgio Pinchiorri would share knowledge of his cellar, “narrating how he discovered Masetto, buying the first vintages…”

During the lockdown, Bisacchi organised weekly zoom meetings where both front and house presented to a theme. “This improved everyone’s knowledge about different allergens and how dangerous they can be, about the processes of wine and spirit production, organoleptic characteristics and pairings.”

Previously Bumpkin, the romantico Caractère with brick walls and maps including Paris with the Seine picked in gold, is a petite amble down a mews from The Ledbury. It was opened by partners in life and business, Emily Roux, daughter of Michel Roux Jr. of Le Gavroche, and Diego Ferrari, who was Head Chef there for three years. As with dishes, the clean list by Romeo Bisacchi, who was born in Monaco and raised in Genoa, equitably honours the French and Italian heritages of Roux and Ferrari.

“I’m starting to understand what guests like and just added 40 labels,” says Bisacchi, whose restrained cellar, racked left to right “because that’s how you read,” is evenly priced, including a dainty Bourgogne Blanc from reputable Etienne Sauzet, “made with younger vines”, a reasonable maturing Cantemerle and winsomely meek Dolcettos and Barberas, plus starry Barolos and a Bordeaux impersonating Tuscan Cabernet Franc (Duemani). When explaining his list, Bisacchi mentioned he always suggests floral Arneis over arguably anodyne Gavi di Gavi.

“You live it seven days a week,” says Bisacchi of his vocation. When not in Notting Hill, you may see him admiring stock at Hedonism before checking prices online – “the internet is moving wine prices,” he says.

Incidentally, with jollity, Caractère’s entirely Italian front-of-house, including Maître d, Eugenio Simonelli from Fiuggi, a town near Rome famed for its “miraculous” waters, lay trattoria-esque red checkered tablecloths for their own meals…