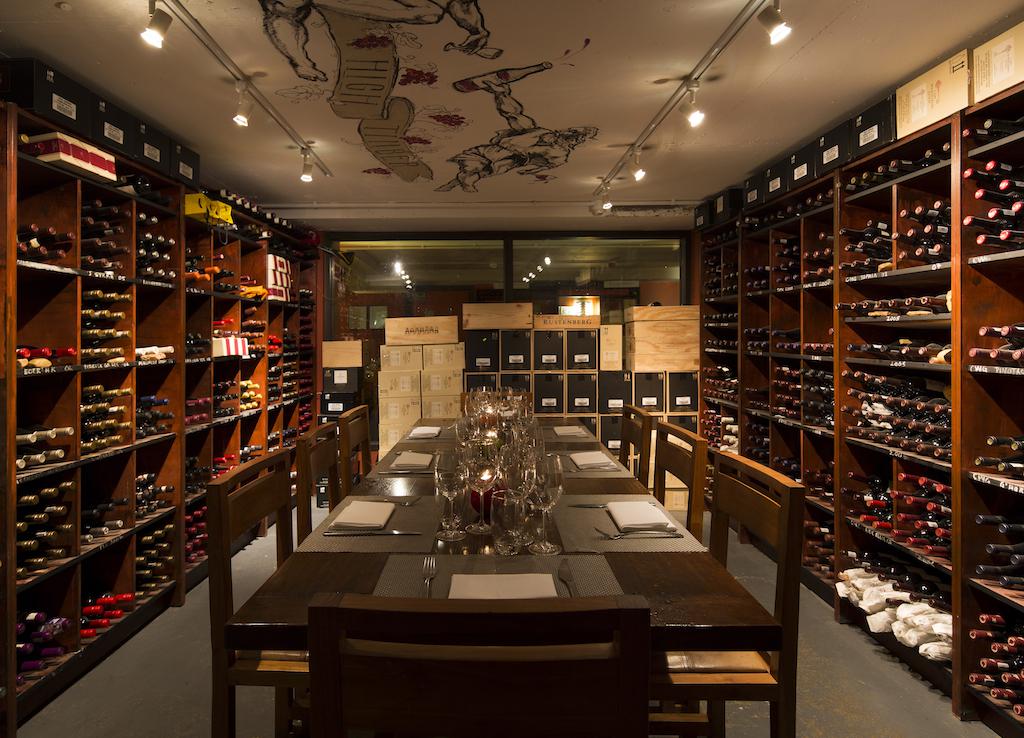 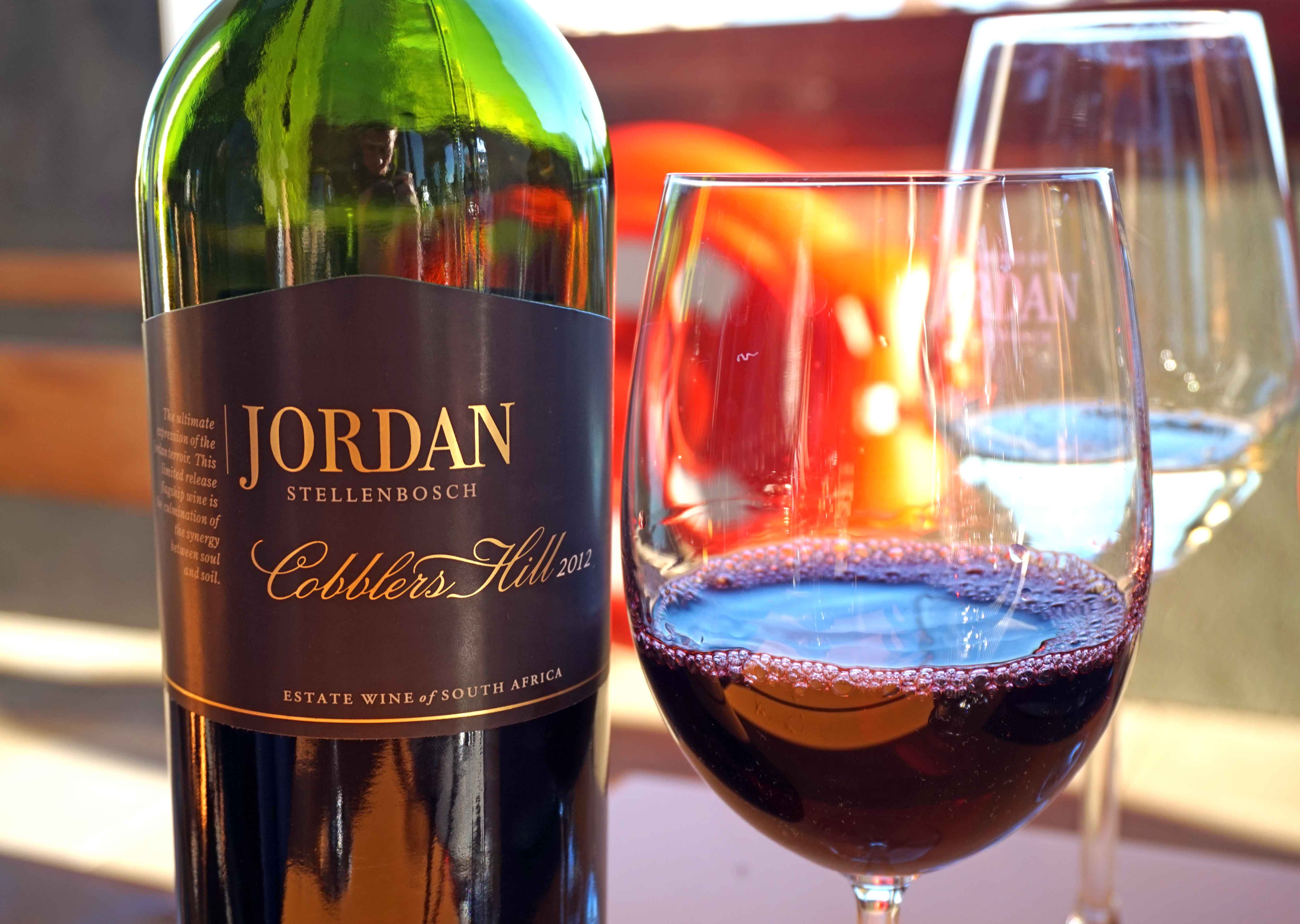 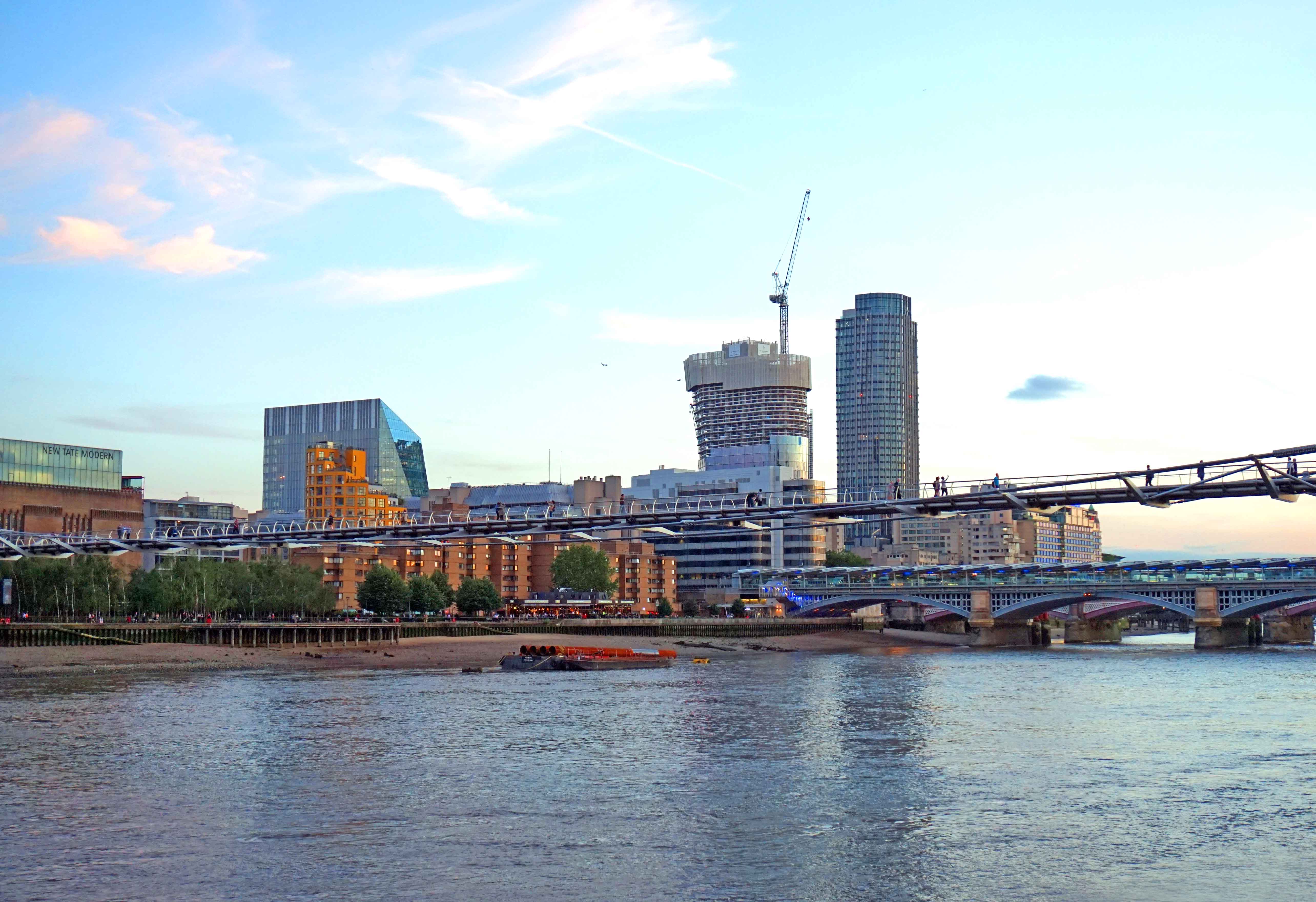 In collaboration with Stellenbosch winery, Jordan, High Timber celebrates the best of South Africa, with “some unicorns, some just delicious and some made especially for us.”

Neleen Strauss was already working hard to sell South African wines pre-Covid, and in response to the news item reporting that the country’s wine exports had fallen by 23% in 2019, retorted, “ok, I’m on my way to work. Will work harder!” And then came the decision of the South African government to ban homeland alcohol sales during the lockdown. In response, she offered 40% off on all High Timber’s South African wines. “Customers were quick to jump at the Kanonkops and old Meerlusts, as well as the sexy newcomers like Restless River and Erika Obermeyer. Jordan Nine Yards sold out in a week!”

Strauss is the mine host of the art-rich Thames-side High Timber restaurant, in collaboration with Gary and Cathy Jordan of the eponymous Stellenbosch estate, hence Jordan Chameleon white is the house pour, and in time, High Timber will showcase wines reaped from Jordan’s East Sussex vineyard project. Bottles are showcased alongside souvenirs collected from vineyards including rocks and the odd porcupine quill. Expect lots from the Cape Winemakers Guild Auction and an “immodest quantity” of Kanonkop Paul Sauer 2015, “the first South African to get 100 points.” There are also some bottles from other territories, including renditions from Strauss’ favourite Champagne producer, Billecart-Salmon, a Grand Cru Alsace Riesling from Julien Schaal who also has impressive holdings in South Africa, and in magnum, Leflaive Chassagne-Montrachet. The list is updated often, with at least one new producer showcased via a chalkboard each month. Indeed, Strauss’ favourite new discovery is Springfield Albariño, which is “totally delicious and totally pairs with our fish dishes.”

Book in for regular producer dinners, such as the particularly raucous one hosted by Chenin Blanc fanatic, Ken Forrester. “What happens in the private room… History taught me it’s safer for all involved not to write about Ken,” admits Strauss, adding, “the most memorable event saw a slightly mad customer burn corks to give each guest two black cork marks on their cheeks. Mobile phones got banned at speed!”

Adhering to the philosophy of, “honest cooking, great flavours and the chef’s distinctive South African touch,” dishes by Mircel McSween may include the signature homemade biltong croquettes with peppadew ketchup, or grilled octopus with broad beans and chakalaka sausage, followed by rib eye with truffle mustard, then comforting Malva apricot pudding.

Of the London wine business, Strauss loves “the easy access to the trade people and the relationships that strengthen each year.” Less enjoyable, however, are “the influencers and life designers”

In addition to wine, Strauss is a big fan of aperos. “I’ve decided Negronis made with South African Bloedlemoen gin pairs very well with watching elephants in the bush at a watering hole. The bitterness of the drink matches the sweetness of the moment.”

During the lockdown, Strauss took up running.

“My guests are all perfect and I wouldn’t change them for the world. Unless they pronounce Riesling as Riseling…” says Neleen Strauss, the witty and provocative mine host of High Timber, overlooking the Tate Modern and the infamous glass flats. She recalls a clever question posed by a guest: “When Jesus turned water into wine what type of grape would it have been?”

Strauss operates the art-rich High Timber in collaboration with Gary and Cathy Jordan of the eponymous Stellenbosch estate. It is therefore of little surprise that  South Africa is the focus, vinously. Packed with examples of prized terroir and the odd porcupine quill, the cellars, which you can arrange to dine in, feature winning lots from the Cape Winemakers Guild Auction as well as backup Aperol to help moderate Strauss’ wellbeing. Her most prized wine is Kanonkop Paul Sauer 2015, which she has bought in immodest quantity, thus depleting the UK allocation. “Not the most expensive, but the first South African to get 100 points. But not selling them yet.” However, Strauss points out the provision of wines from “all over the world”, including renditions from her favourite Champagne, Billecart-Salmon Champagne, and, in magnum, Leflaive Chassagne-Montrachet, and Conterno Barbera d’Alba.

Strauss updates her list fortnightly, with “specials paired with London’s very special weather” such as “organic pale ale in a tumble dryer!”

Book in for regular producer symposiums, integral to the dynamic here off High Timber street, with one recent raucous one hosted by Chenin Blanc fanatic, Ken Forrester. “History has taught me it’s safer for all involved not to write about Ken” admits Strauss, adding: “the most memorable event from last year was a slightly mad customer who started burning corks and gave each guest two black cork marks on their cheeks. Mobile phones got banned at speed. Memorable!”

Starters, by chef Bart Wegrzyn, who has risen the ranks from chef de partie, may include homemade biltong croquettes with peppadew ketchup, or grilled octopus with broad beans and chakalaka sausage, followed by veal schnitzel with caper mash, sweetcorn, coriander and chili, then spongy Malva apricot pudding.

Of the London wine business, Strauss loves “the easy access to the trade people and the relationships that strengthen each year.” Less enjoyable, however, are, “the ‘influencers’ and ‘life designers’ and ‘new buzzwords flying around like Namib dust, promising everything to make you the most looked at restaurant in the world…”

Overlooking the obelisk of the Tate Modern, the also art-filled High Timber is adeptly authored by interactive restaurateur, both in person and online, Neleen Straus in collaboration with Stellenbosch estate, Jordan. Of this friendship, Strauss notes, ‘I must have been very good in a previous life to deserve them! To have their Chardonnay as ‘house’ is a simple pleasure.’

High Timber celebrates South Africa wines to the extent it probably has a more comprehensive and patriotic cellar than the embassy, with ‘some unicorns, some just delicious and some made specially for us.’ Indeed, given Strauss’ connections, sourcing ‘rare and aged vino is easy’.

However, Strauss points out the provision of wines from ‘all over the world’, such as Alsace Riesling (Julan Schaal), Domaine Leflaive Chassagne-Montrachet in magnum, Billecart-Salmon Cuvée Elisabeth Rosé 2000 and first growth Bordeaux, otherwise, she says, ‘the City would get bored with us if we only did one country.’

Beneath the main dining room complete with good soundproofing despite the plate glass frontage are two cellars, and it is possible to dine among the bottles as a group. Replete with samples of rocky terroir and porcupine quills, the red cellar is more complex and fun, advises Strauss, ‘our menu being strong on meat.’

Producer symposiums are integral to the dynamic here on High Timber street. Strauss recalls one of the first with Meerlust (an estate located near Cape Town airport). ‘It started off all proper: 18 guests on the big table in the private room. For some reason we had a wine writer in. After the mains one regular, a futurist at an accounting firm, decided guests should introduce themselves and tell us what they like. This all went according to plan until a young lady said she really likes singing, and would we mind if she sings us something? Go on then. She had a stunning voice. However, her song choice was about necrophilia, and for five minutes people who did not know each other listened to a woman belting out intimate notes about having sex with the dead. She gave the Monty Python team a run for their money, and the evening turned progressively funnier! The wine writer’s subsequent headline was: Swinging the South African way…’

Strauss, who is also an outspoken fanatic of Aperol, toes a fair line when it comes to corkage, incidentally. ‘I don’t care much for it. Allow one bottle, don’t charge corkage and if it’s a killer wine just ask for a little snifter…’

High Timber is the brainchild of Gary and Kathy Jordan, of Jordan Wine Estate, and the co-founder of City of London restaurant Vivat Bacchus, Neleen Strauss and the first time a South African winery has ventured into the London restaurant scene

Three things come together to create High Timber; London’s most experienced South African restaurateur, Stellenbosch’s most awarded wine estate and one of London’s most prominent up and coming chefs Mircel McSween.

The property will hold around 40,000 bottles on site.

“We will have the best South African collection in Europe, rare vintages and names not available anywhere else.” said Gary Jordan.