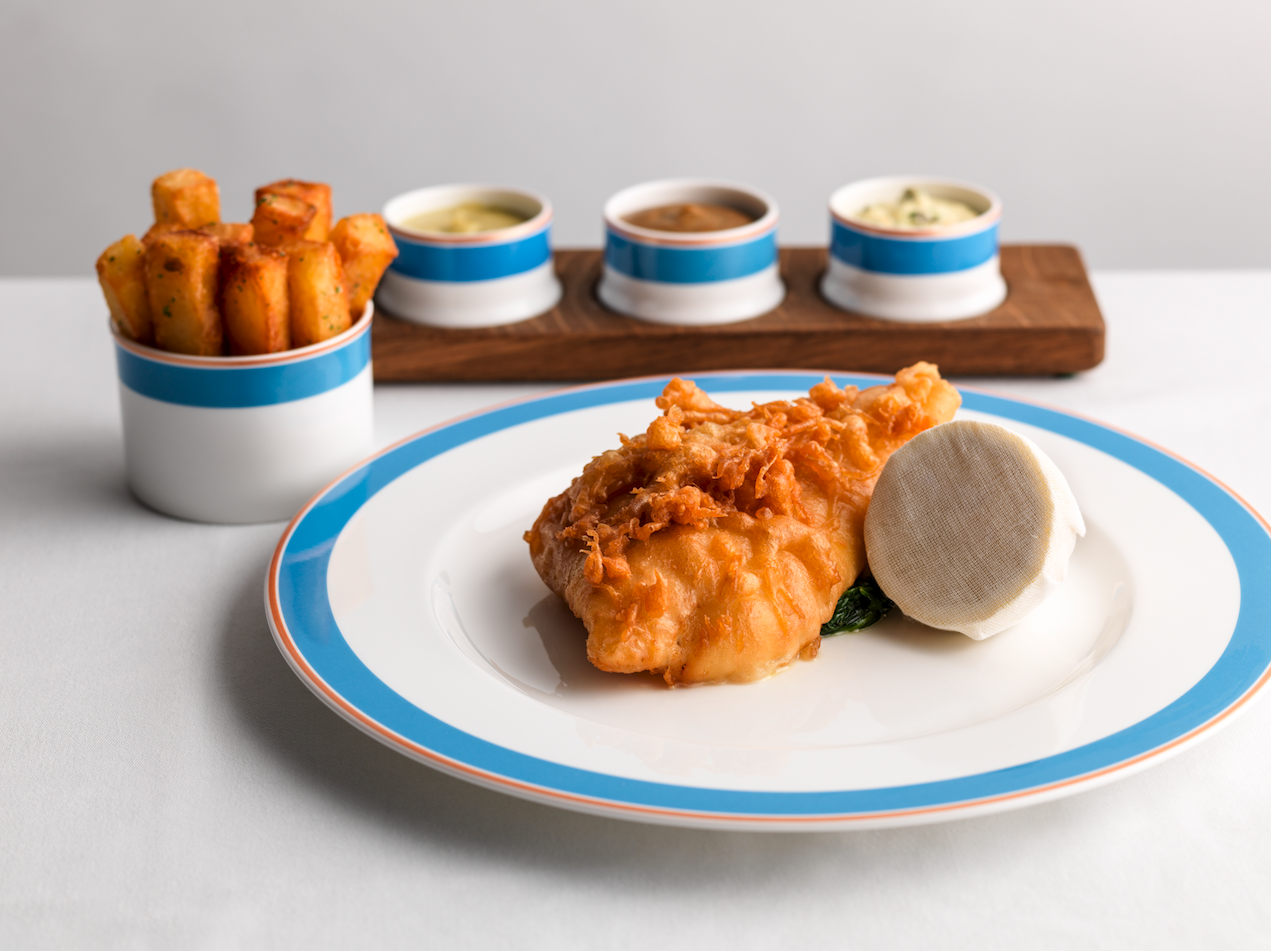 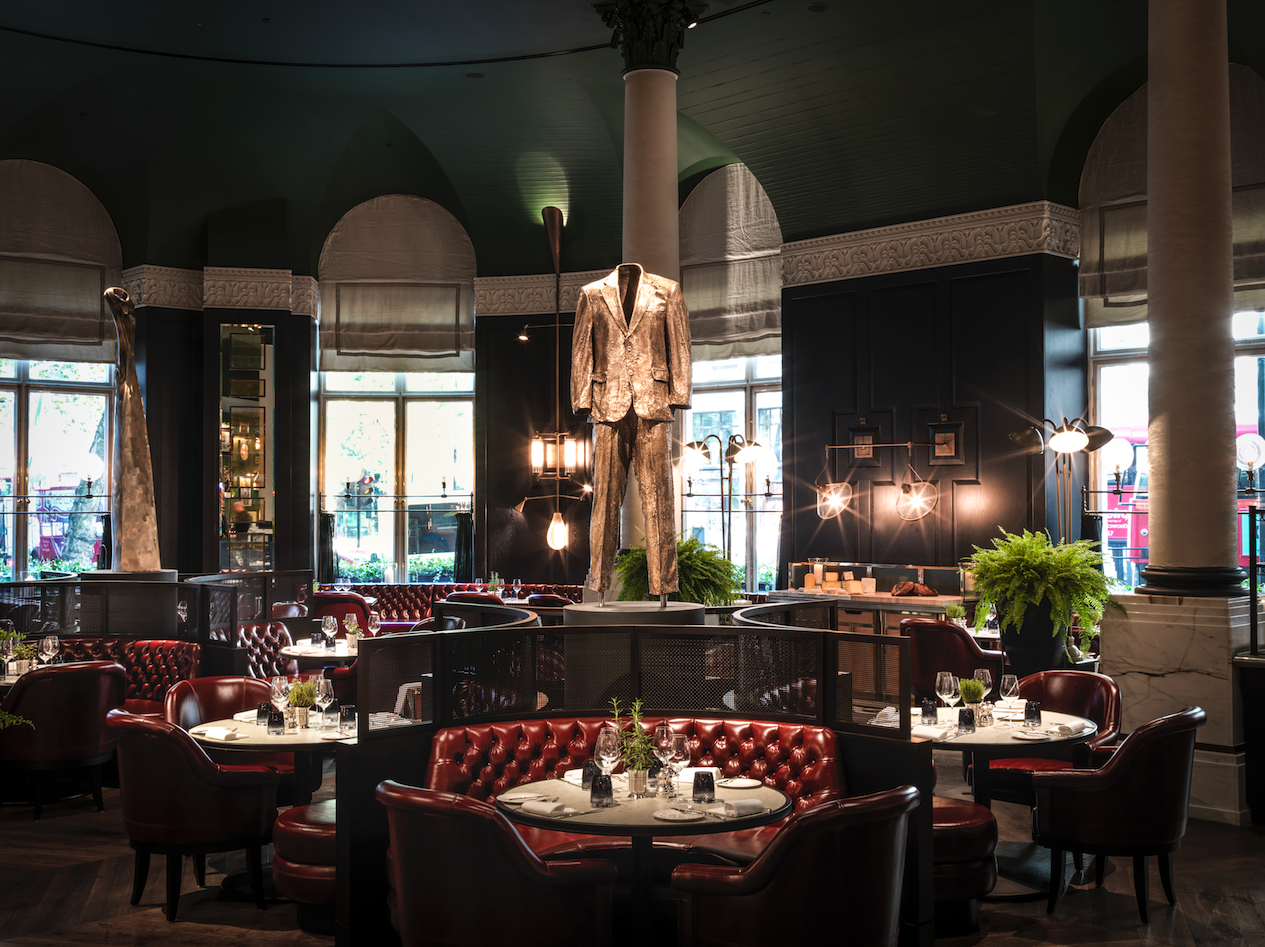 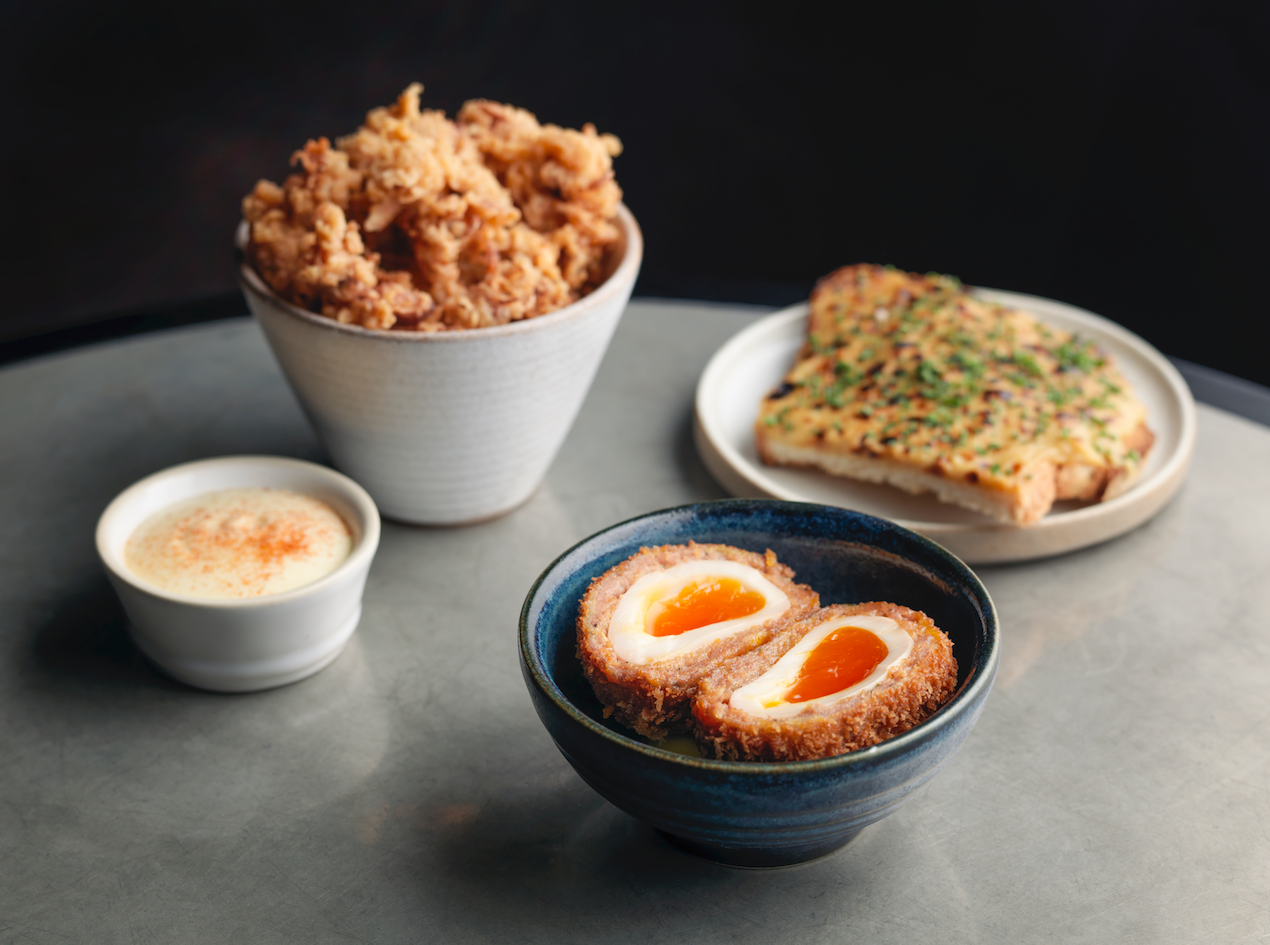 Charles Beaini’s list provides a juicy distillation of the globe alongside chef Tom Kerridge’s “very relaxed, down to earth” philosophy.

Charming Charles Beaini, Wine Executive for Corinthia & Kerridge’s Bar & Grill, is delighted to be back at work, “able to pour our wonderful selection for the many supportive, great guests.”

Beaini leads a team of five sommeliers including head sommelier, Oliver Espersen, all of whom “help guests spend their bucks in the best possible way.”

Paris-born with roots in Lebanon, Alsace and Perpignan, Beaini has fashioned a “very alive” 45-page globetrotting wine list which opens with the restaurant’s motif: the paw print of Tom Kerridge’s former dog, Georgie.

A maths and physics graduate, Beaini is the protégé of the former restaurateur of Bayswater’s Angelus, Thierry Tomasin and manager Ronan Hunter, “who helped me shape up.” He joined Tom Kerridge at the two Michelin-starred Marlow pub with rooms and jacuzzies, The Hand & Flowers, before opening the large London debut featuring two bronzes by Kerridge’s sculptor wife, Beth Cullen-Kerridge.

Emphasis is on homegrown produce, with numerous of English and Welsh wines. “We often ask guests if they would like to start with something homegrown and they get intrigued,” notes Beaini. Indeed, of wine and food matching, he is “chuffed” that the simple dish of fish and chips “made it to a five-star hotel.” This may be paired with Element 20 Chardonnay, Pinot Gris from Litmus, Surrey, its, “creaminess and verve with lime, lemon zest and golden apple is perfect to handle the accompanying pease pudding, tartare and Matson curried sauce named after Tom’s long-gone local chippy.”

Beaini gives preference to “delicious and rewarding” wines from producers who “want to work with nature.” Although his list delves into the classic fine wine areas, perhaps to “preserve value for money” compared to Burgundy, Beaini often guides guests towards lesser-known areas, be they alternative “light, young, ethereal” Pinot Noirs from Southern Germany, including Mimus (Weingurt Dr Heger) from Württemberg “which has the wow factor.” Other picks could include Moravian Müller-Thurgau (Forks & Knives, Milan Nestarec) or Swiss orange wine (Disobedience, Mythopia). Expect, given his wife, Heidi’s origins, an emerging selection from South Africa, too. “My father-in-law who is a farmer raises and slaughters beef, and it was a great honour to be allowed to hold the tongs to the braai, seeing the fat turn golden.” Comparing the broad landscape of wines to music, Beaini says, “you can listen to classic rock but also appreciate amazingly eclectic band preaching a song which makes you hum.”

When not at work, Beaini enjoys bouldering, “working out the map of how to climb up” and reading about business, music, psychology and art “which is fantastic fuel to help develop a guest-host connection.”

Of the lockdown, Beaini mentions the knit of his entire family bond tightened, “and my now ten-months-old can devour a peach faster than I can a bottle of wine!”

Before celebrity chef, Tom Kerridge became teetotal some five years ago, his “very versatile” palate saw he was “driven to try new wines from any origin,” says sharp-suited head sommelier, Charles Beaini, who has followed that philosophy on his 700 bin strong list.

There is a particular emphasis on homegrown produce, including an abundance of fizz, Welsh red, and a Surrey sown noble harvest sweetie – which could work well with a signature soufflé of banana with gingerbread ice cream and spiced rum sauce. “We are keen to grow this even further,” says Beaini, adding, “there is still a lot to explore and we are really excited by English sparkling and still wines.”

Compared to The Hand & Flowers, the wine list at Kerridge’s Bar & Grill is much larger, “reaching as many places in the world as possible.” Perhaps in honour of the origin of the charismatic, media friendly manager of The Corinthia Hotel, Thomas Kochs, there are no fewer than 30 from Germany. ‘But both lists share the principle of being terroir-led.’