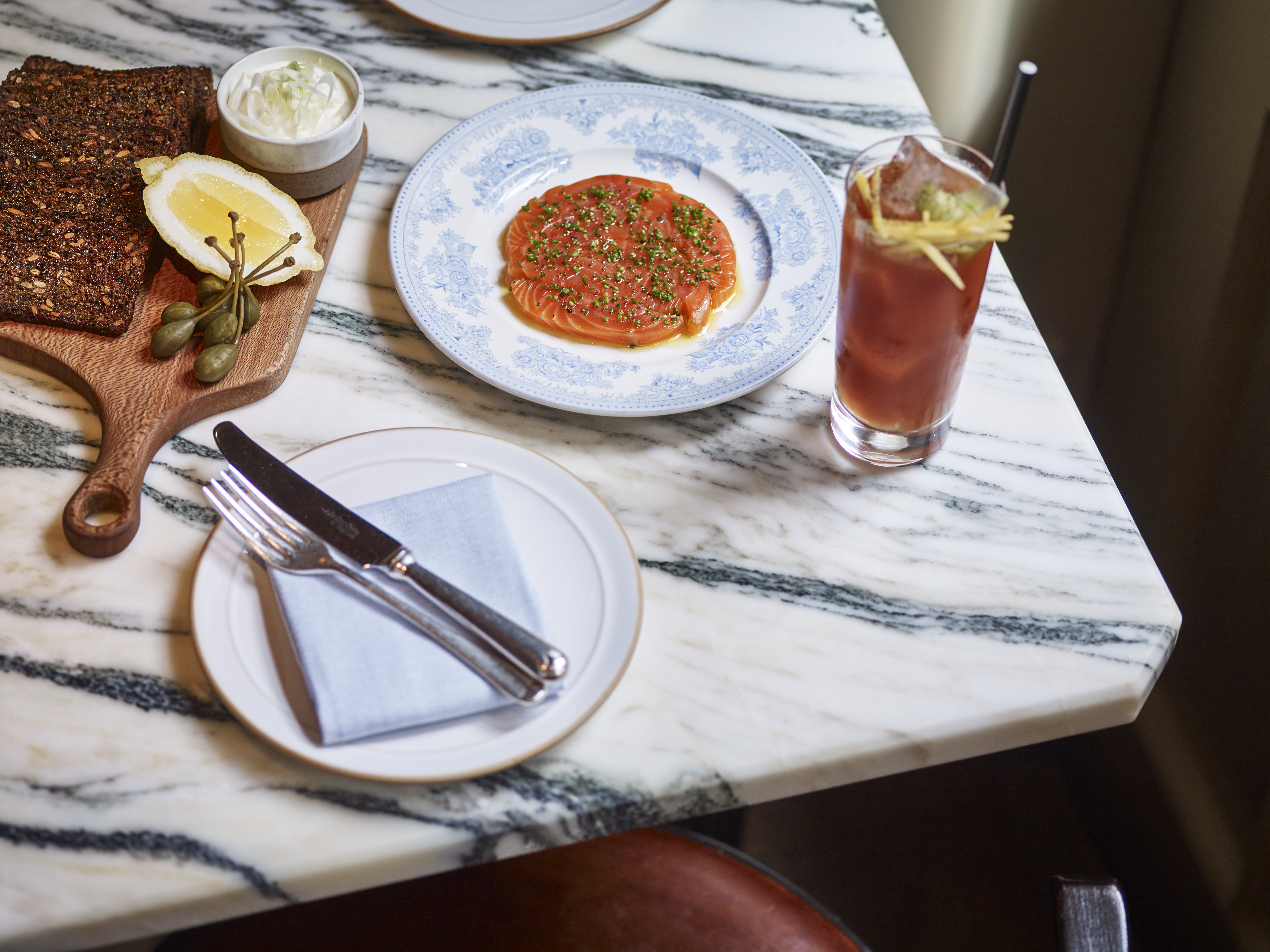 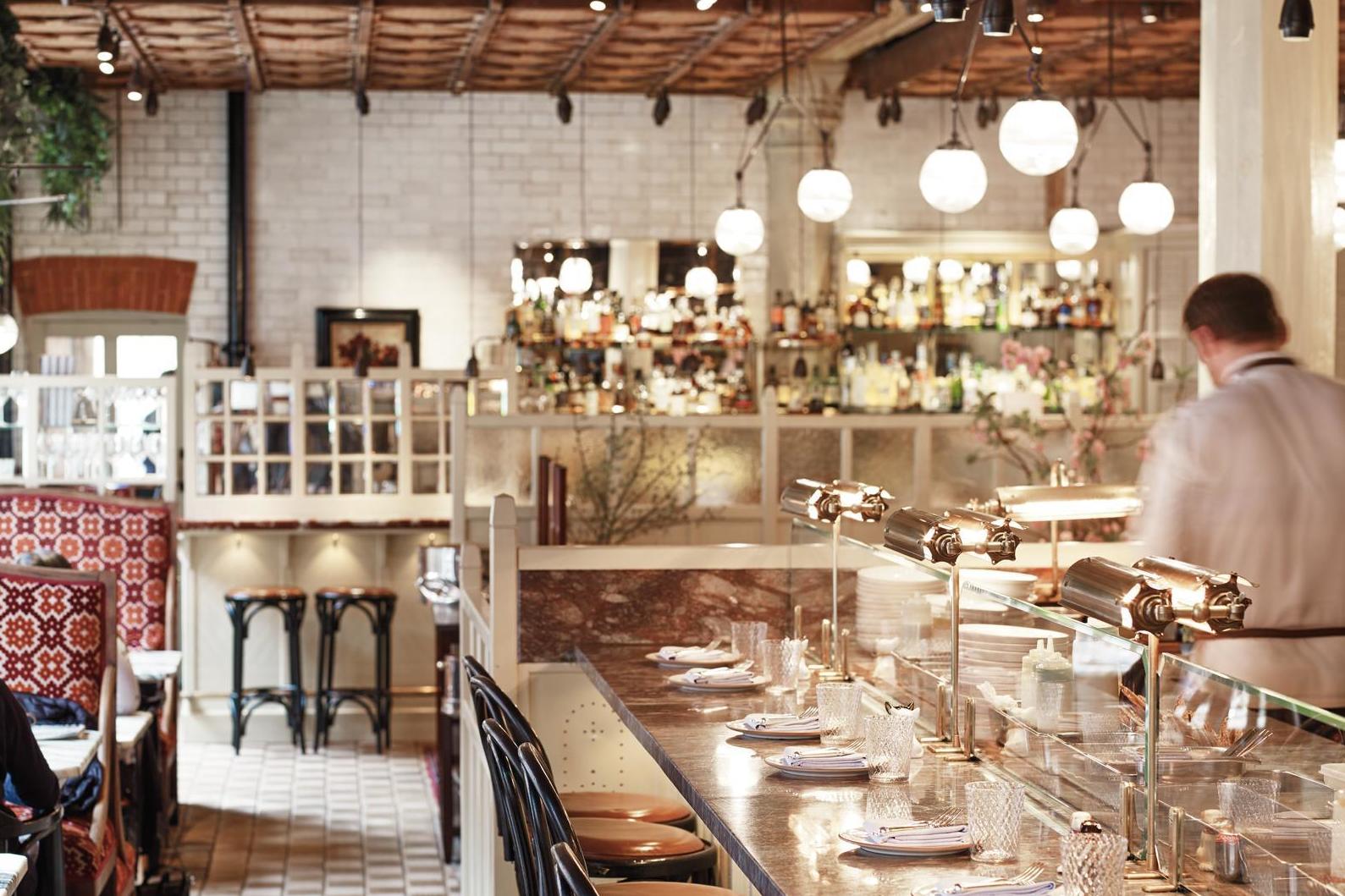 Piacenza-born powerhouse, Beatrice Bessi, a popular figure in the industry, began working in hospitality at age 14, later to support her studies in computer science and engineering. However, despite her fervour for it, late-night bartending had to come to an end when her daughter, Michelle was born, with Bessi enrolling in the culinary academy named after Gualtiero Marchesi, the oft-quoted “founder of modern Italian cuisine.” Placements ensued at the likes of legendary restaurant, Le Calandre, Padua, “where I fell in love with working with wine which gave me the power to be in charge of a situation.” On hearing of the opening of 67 Pall Mall in London, Bessi sought out co-founder, Ronan Sayburn and decided to work towards her advanced Master Sommelier certificate.

Although crying upon leaving 67 last October, Bessi seized the opportunity to be the head sommelier of London’s classy Chiltern Firehouse, alongside suave Global Wine Director for André Balazs Properties, Romain Audrerie, whose own interest in wine was sparked when studying political science in Bordeaux, during which time he worked on catering jobs including the leaving do for the outgoing winemaker of Haut-Brion.

Bessi describes her role at the Firehouse, where up to 250 covers dine per night under a lattice ceiling of firehose, as “more than knowledge and service – it’s making sure the lists, including the four by-the-glass lists, are correct and covering the right areas, as well as pushing the sommelier, bar and waiting teams towards education and therefore empowerment,” including a trip to English sparkling wine partner, Nyetimber.

Having come from a wine club where she could “taste everything from around the world,” Bessi is gradually expanding the selection from Uruguay, Armenia and Georgia, and Savoie, Jura and Switzerland each time the list is reprinted, every 15 days to keep things fresh. Indeed, Romain and Bessi launched a winter fondue in the courtyard paired with Alpine wines. “The idea is to have very appealing alternatives to classic Burgundy and Bordeaux.” That is not to say those regions are ignored. In fact, Chiltern Firehouse maintains a direct relationship with Château Pétrus where vintages such as 2006, 1981 and 1979, “are recorked and relabelled only for us.”

Although Bessi and Audrerie “agree on almost 99% of the same wines,” she describes her taste as, “more cooler-vintage focused, while he likes bigger international wines.” The latter may include extremely rare renditions from North America, such as Bond Quella, Bryant Family Vineyard, Dalla Valle Maya’s Vineyard, Sloan Proprietary Red, and Screaming Eagle.

Bessi is also growing the selection from Austria and Germany. “Can you believe we’ve never had an off-dry Riesling here?” she posits. She is also opening up the wine programme, making good use of the attractive private dining room for 12 beyond the fireplace snug and bar counter to host Bordeaux and Napa events, as well as masterminding a larger charity dinner to benefit Australian producers. “It’s one of my favourite countries,” she says of the latter, “and I’m going in October on the James Busby trip. Being a single mum, it will be my first time outside Europe.”

Romain Audrerie is Global Wine Director for André Balazs Properties, including Marylebone’s Chiltern Firehouse. He first discovered a love for wine while studying political science in Bordeaux, working on catering jobs alongside including the leaving party for the winemaker of Château Haut-Brion.

Audrerie encourages his team of sommeliers to consider wine as a medium to “create a relationship” with guests “and find out what occasion brings them here.” Although their needs might be conservative, such as “the usual Bordeaux/Burgundy, and needless to say Provence Rosé requested in the courtyard,” Audrerie keenly offers more far-reaching options. These may include Assyrtiko from the Greek Islands (indeed, he dreams of owning a small vineyard on Santorini) and Vermentino from Sardinia, perhaps with squid from the plancha with rye and broccoli pesto, or chargrilled cauliflower ‘zhoug’ and ricotta.

His last coup was getting his hands on a vertical by Napa icon, The Promontory, “a rare Cabernet from Harlan” via a small importer, “proving much less expensive than the ‘official’ merchant.”

Audrerie has been a supporter of English sparkling wine for many years, “establishing a strong relationship with a small Herefordshire operation called Castle Brook.” He is keen to take his team and some of the chefs “to visit the estate and pair its fabulous vintage cuvée with the asparagus from the neighbouring Wye Valley!”

Both being two global ambassadors for Portuguese culture, Audrerie mentions that executive chef, Nuno Mendes (also of Mãos) is a fan of the wines from his close friend, Dirk Niepoort. “Dirk introduced the Nat’Cool series which is a natural extension of a sea change in style at Niepoort since the 2013 vintage towards less extracted, fresher wines which are still packed with personality. With Nat’Cool, Dirk puts the emphasis on organic, low-alcohol, minimal additions, bottled in the specially designed litre bottle and sold at an accessible price. The red is a funky, transparent, peppery and crisp Bairrada red made from one of Dirk’s favourite grapes, Baga.”

Of the wine business, Audrerie, whose dream is to meet Lalou Bize-Leroy, mentions he is “delighted” to see an increase in female sommeliers. “The Chiltern Firehouse team has always been proactive in making sure that an equal balance was a rule from the start.” However, other aspects of the trade prove frustrating. “I am annoyed to see so much money being spent by wine suppliers on expensive brochures, journalist trips, wine consultants and other trolls instead of investing this money into educational trips and training programmes for sommeliers.”