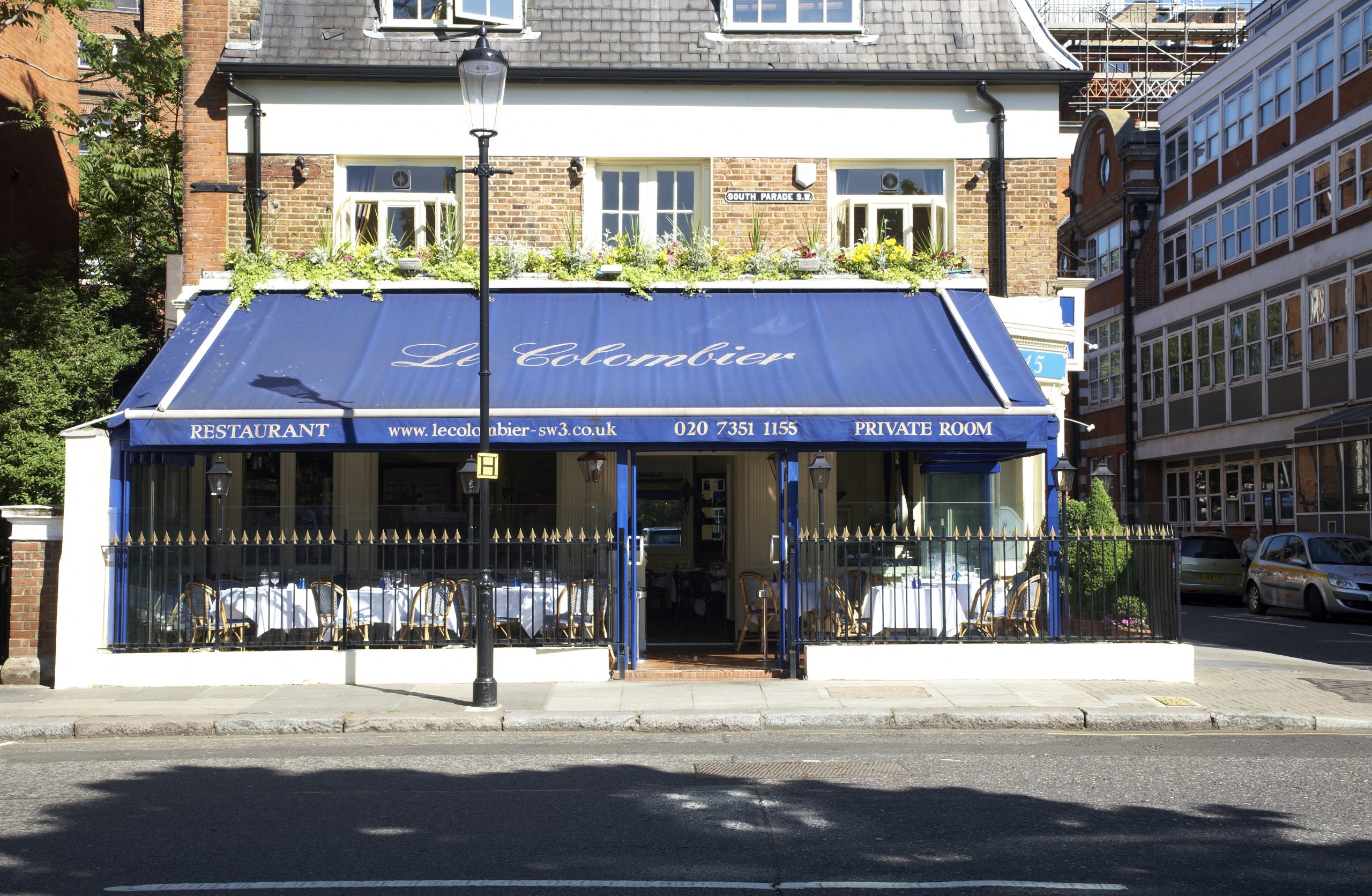 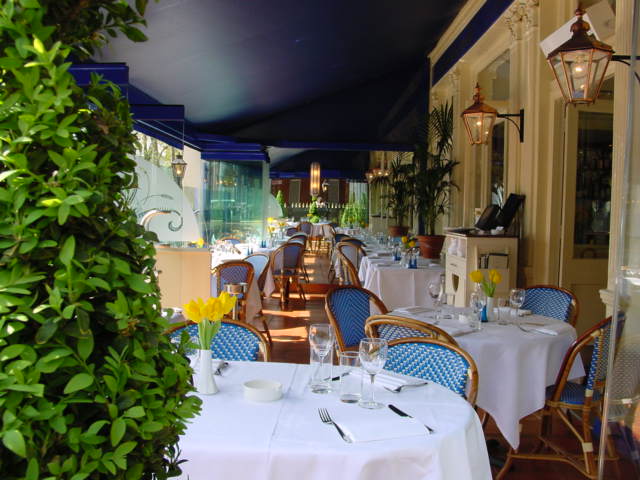 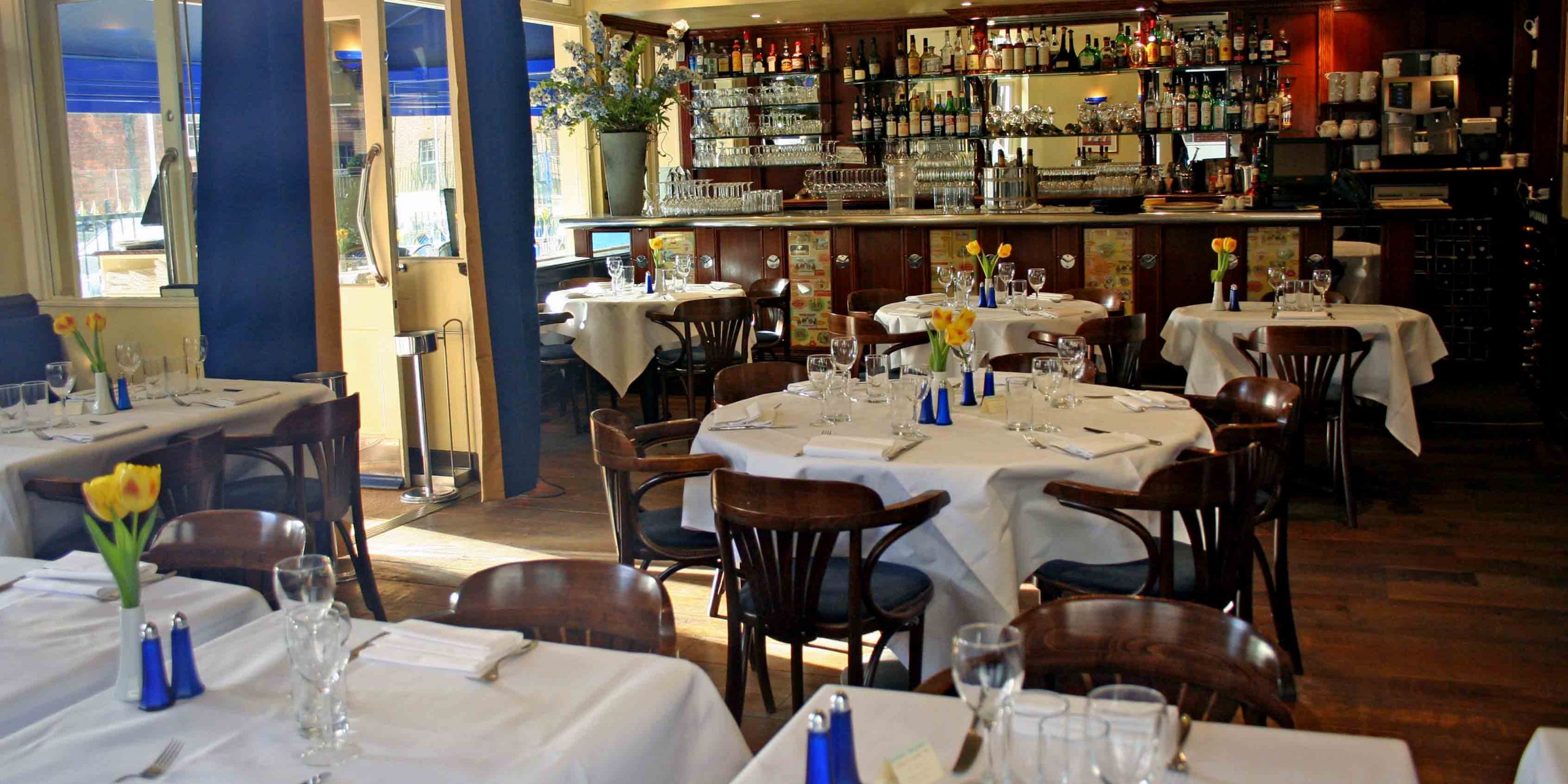 “Le Colombier is a bit like a Club with no fee,” says owner, Didier Garnier of the gleaming Chelsea Square staple with arguably the best value French-led wine list in London.

“We’re not on social media and only take bookings by phone,” advises Garnier. Additionally, he shies away from PR, and doesn’t see the need for sommeliers. “I don’t want to be told what to drink by a 25-year-old when I’ve drunk all my life,” he reasons. Located in the former Prince of Wales pub, Chelsea Square, for 22 years Garnier has run the gleaming brasserie with a glamorous terrace. He previously oversaw Brasserie St. Quentin, Brompton Road, from which he still receives regulars.

With manager Olivier Sachet, he nurtures a 350-bin list of “names that ring a bell”, from Bordeaux, Burgundy and the Rhône. Both men have strong connections with Angers in the Loire, though they met in London. “Olivier came to Brasserie St. Quentin 30 years ago as a commis waiter,” says Garnier. “My one and only employer,” responds Sachet.

Le Colombier’s list features a gentle cash margin. “We’re not a restaurant run by an accountant who sees the guest as a credit card,” says Garnier. Sachet adds: “And we don’t want wine in the cellar – we want it on the table.”

The pair are proud of their 60-strong half-bottle selection which may include Figeac, Fombrauge and Beaucastel. “It’s hard work to get all these halves,” says Sachet.

At the other end of the spectrum, Garnier likes Le Colombier to be known as “the magnum restaurant”. To that end, big bottles range from budget Bandol (Jean-Pierre Gaussen) to the double magnum from Château Montrose.

Standard formats include Burgundy domaines Perrot-Minot and Lucien Le Moine, as well as Bâtard-Montrachet from Boillot. From Bordeaux, Château Talbot is extremely popular.

“Then we end up with the big ones,” says Garnier. “Cheval Blanc, Latour, Haut-Brion, Mouton.” Such finery is marked close to retail price, with an instance of Château Grillet actually being below that mark.

The house Champagne and core wines are imported direct, supplemented by a dozen suppliers.

“As our customers are loyal to us we’re loyal to our suppliers,” says Garnier. Bottles are kept in the large cellar beneath the terrace, meaning the restaurant can accept whole pallets, which they pay for promptly. “My supplier is not my bank,” says Garnier.

While Garnier, Sachet and assistant manager Nicolas Balsalobre are happy to offer guests advice, Garnier notes: “Our clientele often know our wines better than we do – they have cellars you wouldn’t believe.”

On that note, guests are welcome to bring their own bottles for the corkage of the cost of a bottle of house wine. “And there’s no limit to the number of bottles they can bring,” says Sachet. “We have 25 corkage customers a week.”

French dishes are realised by two head chefs, both called Philip, and may include snails with garlic cream and puff pastry, steak tartare, grilled lobster, and Dutch veal chop with thyme. To end the meal with, there is Mandarine Napoléon liqueur pudding.

The wine list remains as good as it was before the lockdown, says Garnier, and the duo happy that they are enjoying decent custom. “We can’t complain too much, especially at this bad time,” he adds.