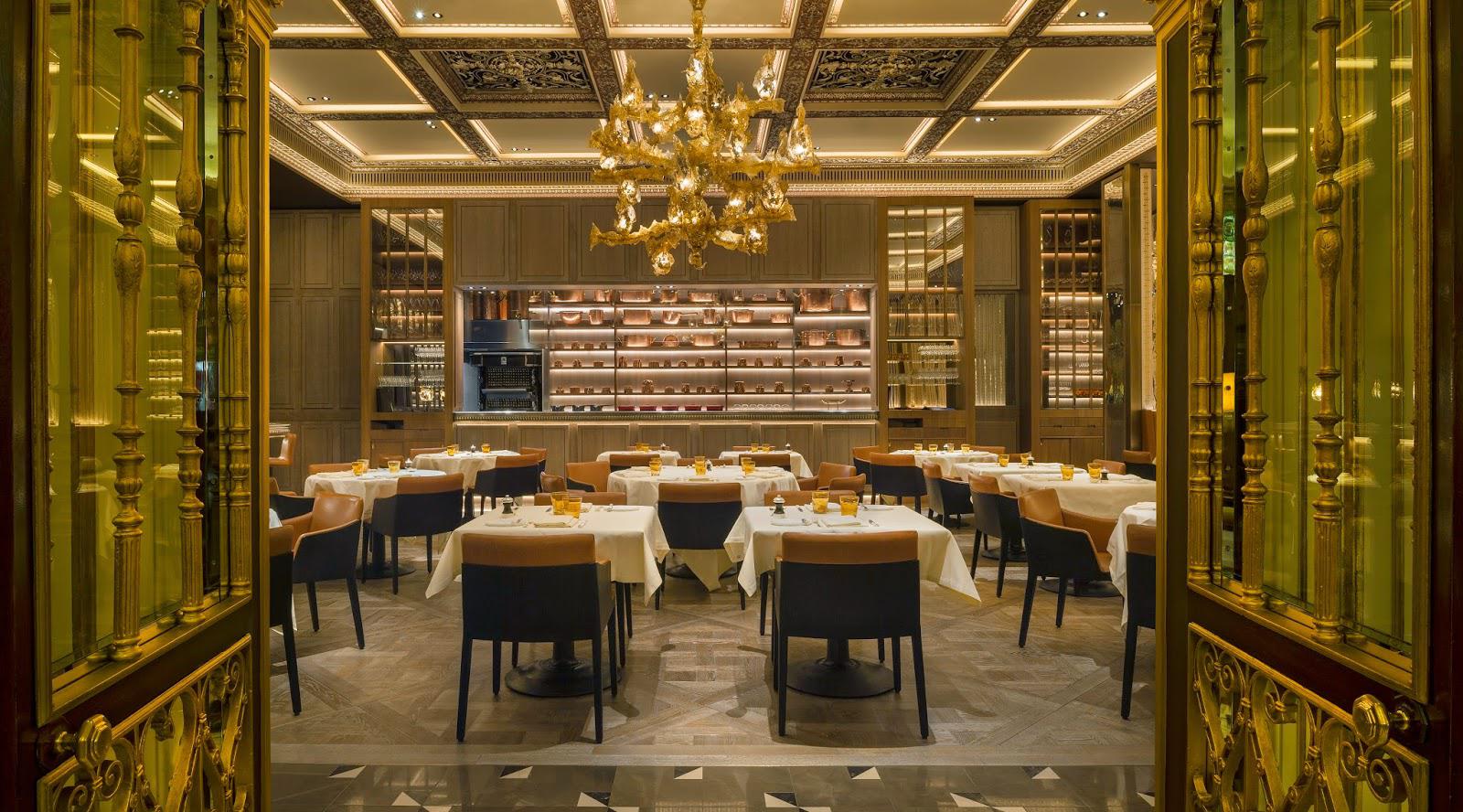 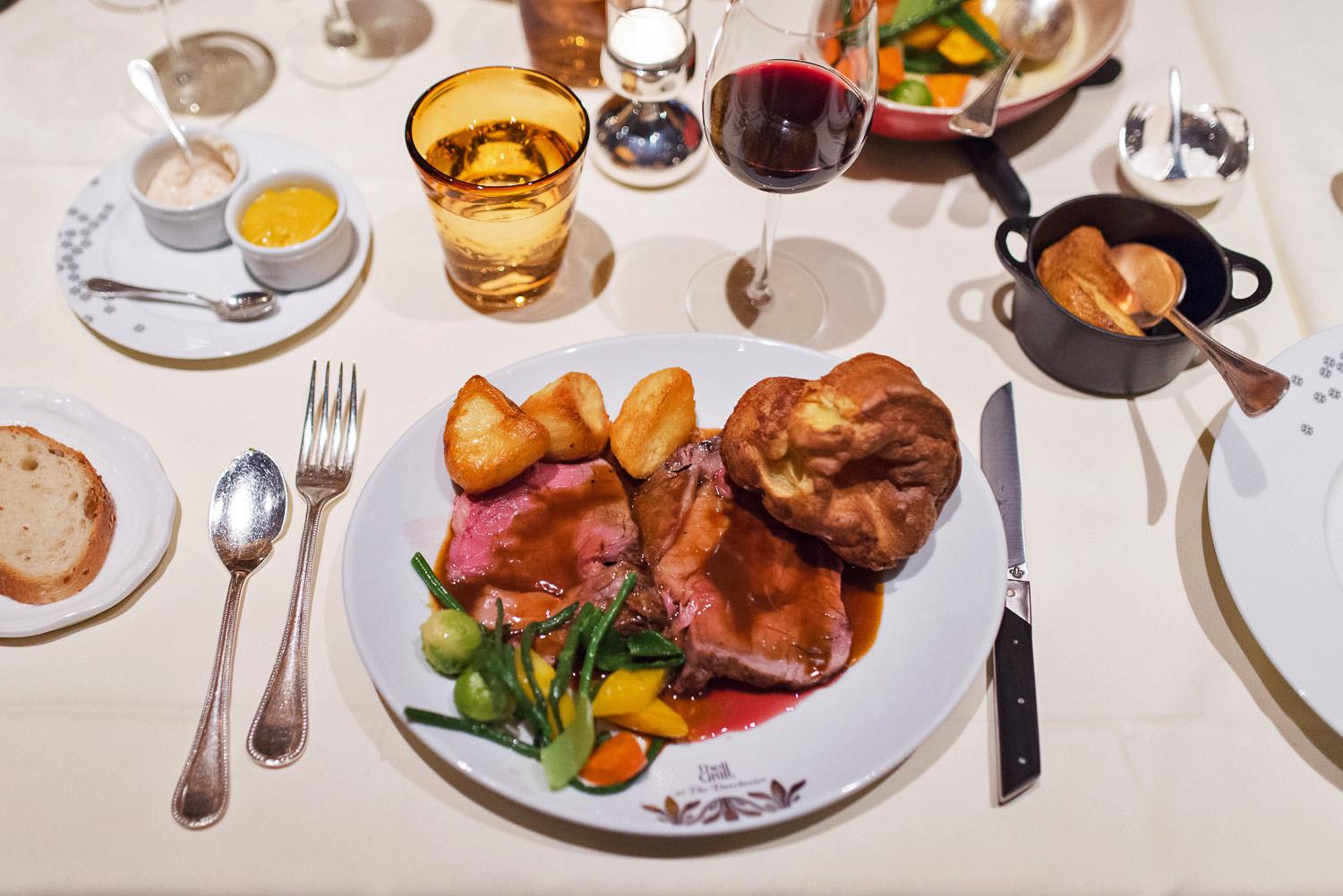 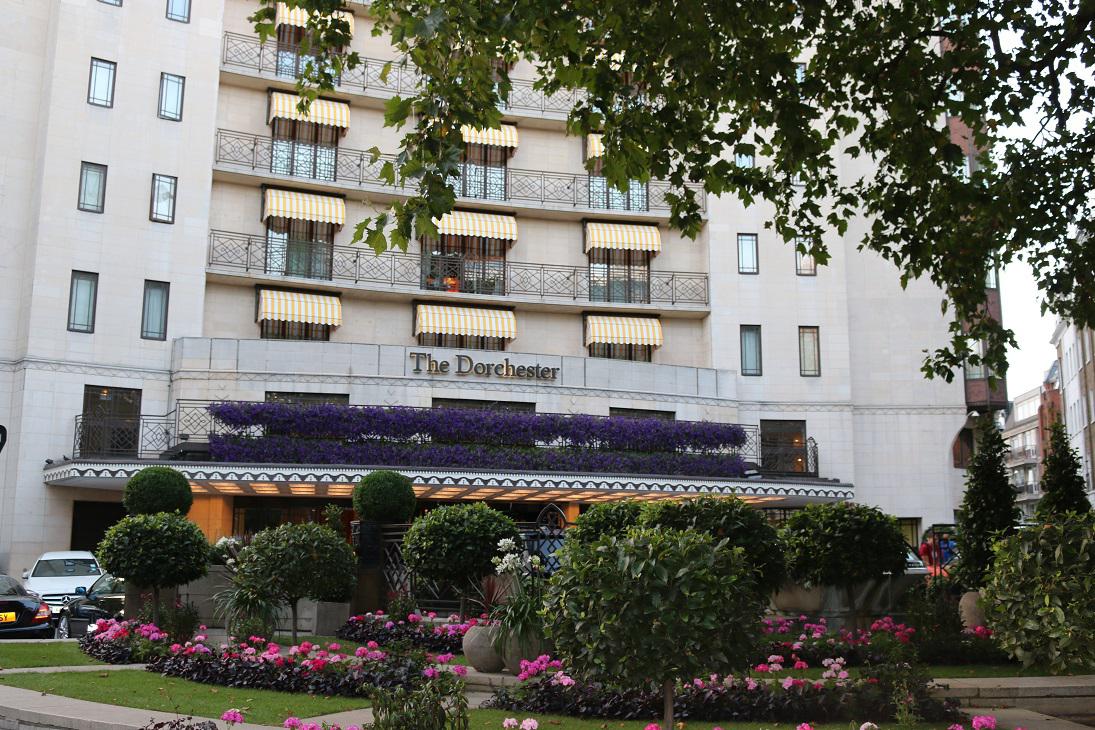 The Dorchester Grill has been revitalised under the auspices of head chef, Tom Booton and now features, with kitchen view, a dedicated wine room of vinous icons.

The forthright head of wines for the art deco Dorchester hotel, Christopher Delalonde MS has control over the vinous supply for The Grill and its wine vault, the promenade, bar, room service and events.

Accessed via full-scale electric escalators with a view to the substantial, liner-like kitchens is the shiny wine vault, replete with a luxurious oriental carpet, pure white lighting, a long tasting table and calibrated racks. Describing it as a “beautiful tool”, the Senegal-born Delalonde explains that components used to show off some £100,000 of stock were “tailor-made in Italy and shipped and assembled here.”

Of the chic space, Delalonde, who is also an avid swimmer, jokes, “I call it my office.” His obsessions, when applied to service, include, “correct temperature and glassware.” Of the latter, Delalonde is a fanatic of both classic Riedel stemware and the Zalto-esque, angular, Mark Thomas range.

Noting guests to The Dorchester are perhaps, “not expecting Canadian Blaufränkisch,” Delalonde ensures his selection is, “not too esoteric.” Very much present are Delalonde’s personal preferences for Pinot Noir, Nebbiolo, then Syrah, renditions of which he finds particularly pleasurable companions when watching France become victors in international rugby games. There is also Pétrus back to 1979, renditions of Romanée-Conti, Masseto and plentiful Champagnes. Indeed, Delalonde, who was sent to boarding school in Champagne and has tasted back to 1945, is “a great advocate of finishing a meal with white wine or Champagne because of its acidity.”

Adjoining the vault is the Chef’s Table which has served as a dedicated Krug room.

Meanwhile, The Grill above has renewed identity signed by head chef Tom Booton and his young (all below 30-years-old) brigade. Served on plates by Peckham potter, Laura Hughes, dishes may include prawn scotch egg with warm tartare sauce and pickled gherkin, the glazed veal sweetbreads with lentils, maitake mushroom and celeriac, a lobster thermidor tart main and weekly-changing “Bird of the Week” come Sunday. Guests may also try Booton’s take on the Double Decker confectionary bar at the six-seater Pudding Bar, as well as soft-serve ice-cream and doughnuts.

Of Booton, Delalonde says, “he’s 26 and I’m 46. I like his style and rural charming character. He’s living his dream which he deserves, and responds and delivers.”

Delalonde describes his sommeliers, including The Grill’s Eugenio Egorov as the “VAT” of a dining room. “They are the real Value Added Tax, bringing dimension to the bill.” Success is defined thus: “If a guest remembers you, what they drank, and the experience…”

Delalonde has been a sommelier since 1992, beginning at 18 at Paris’ Bistrot du Sommelier under multi-award-winning sommelier and now podcaster, Philippe Faure-Brac, “where he won the best sommelier in the world.” In London, he worked at Gordon Ramsay, Claridge’s, The Square with Philip Howard, Boundary, Medlar and The Bleeding Heart,

Of his role, Delalonde says, “I learn something new every day.”

During the lockdown, Delalonde learnt patience, self-motivation and, practically, more about Microsoft Excel.

Deep lists of Burgundy and Bordeaux, as you might expect at this most traditional of London venues, with a smattering from the rest of the world. Headed up by head sommelier Ruben Desport and wine director Vincent Pastorello. Intended as the flagship eatery of what its founders conceived as a ‘perfect hotel’ when it opened in April 1931, The Dorchester Hotel’s Grill Room has weathered several incarnations. Today’s scheme by Bruno Moinard, who has also worked with Château Latour, is more restrained while still suffused with glamour. Alain Ducasse’s protégé chef, Christophe Marleix, oversees the kitchen and open-plan pass, while Ruben Desport is in charge of the cellar. With starter of chilled langoustines with apple on creamy, chilled celeriac spaghetti, try Vintage Tunina from the undulating Collio, northern Italy. And, drawing from the extensive sweet soufflé menu – billed as the first of its kind in London – choose the Diplomatico rum and raisin version with Passito di Pantelleria, Sangue d’Oro. If dining on your own dime, opt for the reasonable set lunch.