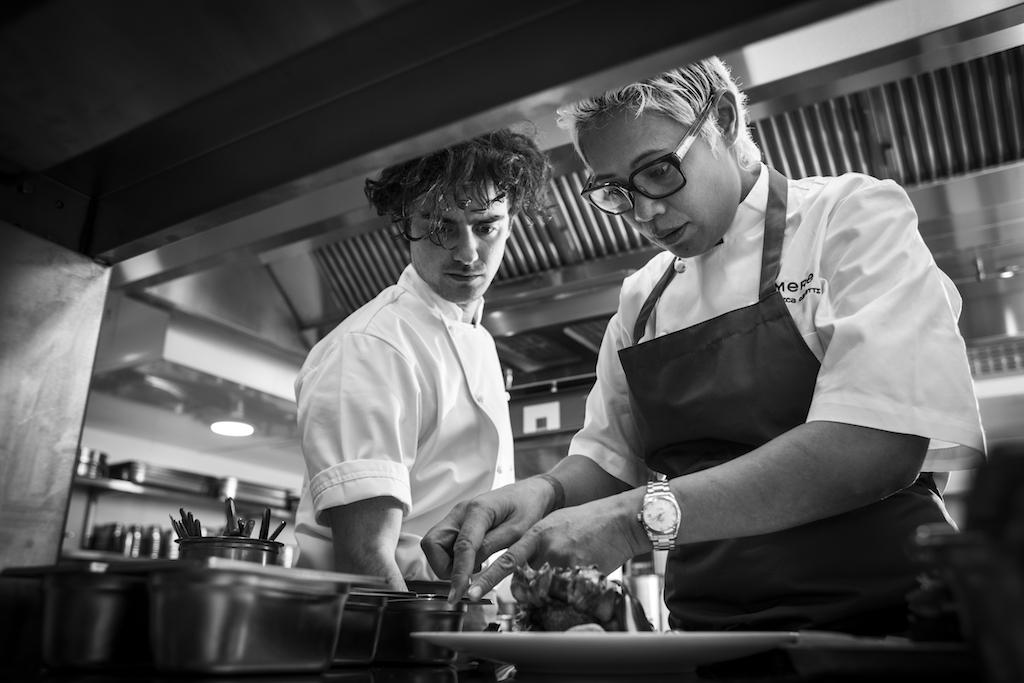 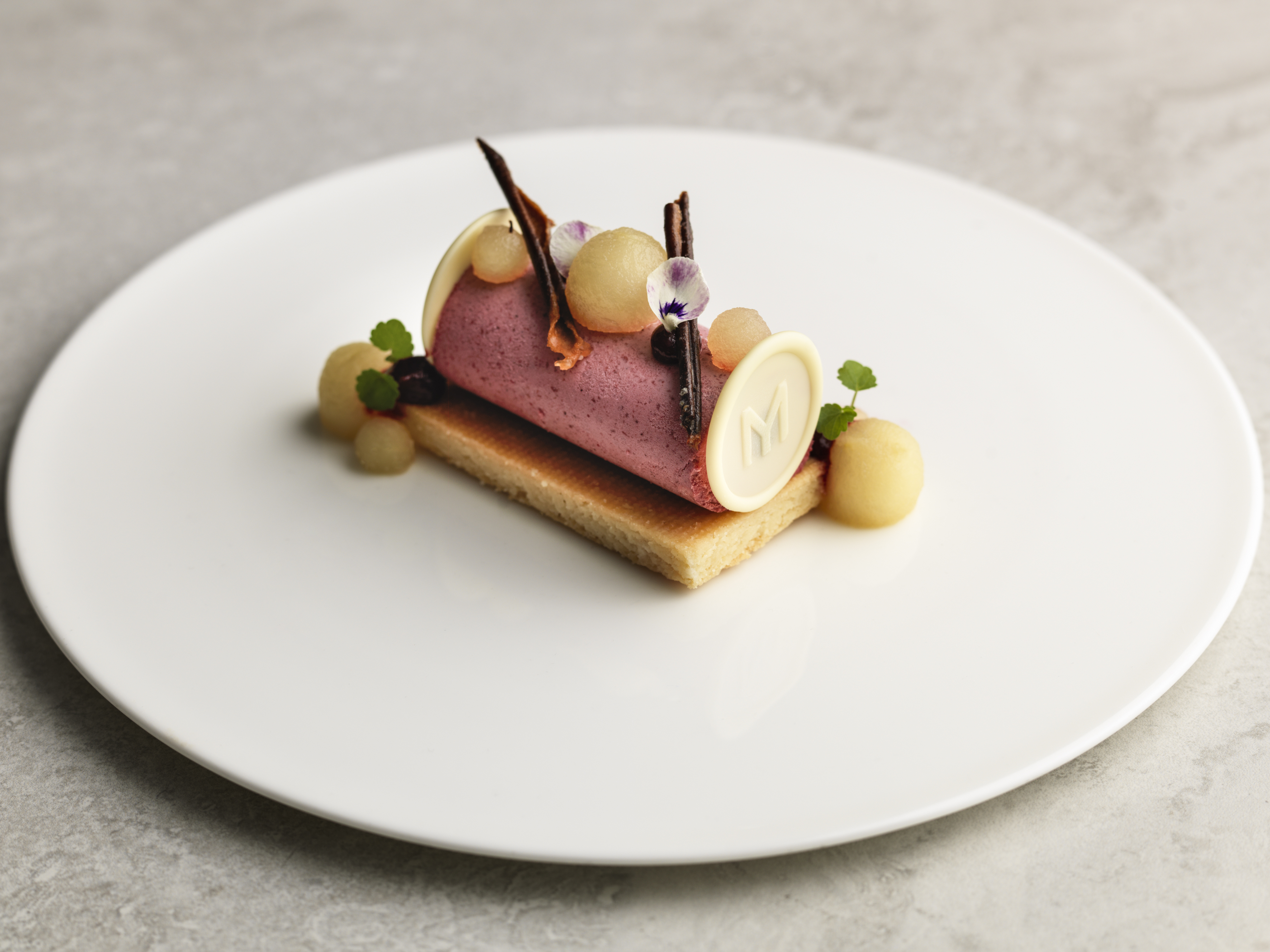 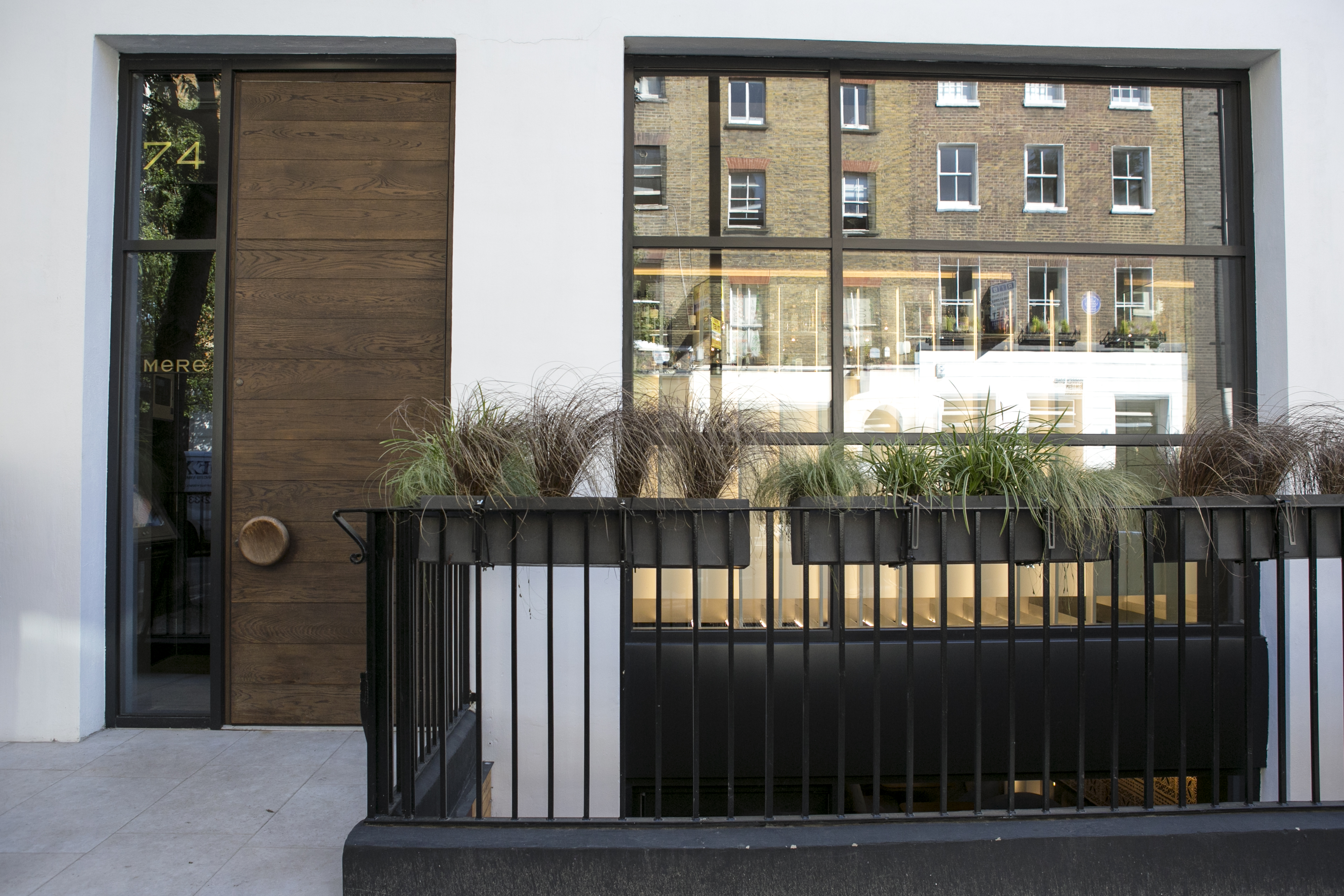 With calibrated lighting and acoustics, Mere is the chic Fitzrovia restaurant and bar run by Monica Galetti, a firm-but-fair Masterchef judge, and husband, David. Both worked at Le Gavroche, Monica as head chef, and David as head sommelier (he also worked at Paris’ Tour d’Argent).

Born in Paris and raised in Bergerac, head sommelier, Alexandre Corvez initially enrolled on an accountancy course. However, on noting that the same school also offered a degree in wine, Corvez followed his friends onto that course, “falling in love with St. Émilion and Saumur.”

Corvez moved to London aged 20 in September 2015 ostensibly to work in a pub for the rugby world cup and improve his English, but instead, “ended up in an amazing wine bar in Central London, The Cork and Bottle” where he tasted “Australian Shiraz, North American Merlot and South African Chenin Blanc” for the first time. “I learnt Syrah is not only from the Rhône, and there’s more to Malbec than Cahors.”

Corvez worked on the opening of Mere with then head sommelier, Sandra Bein (previously assistant sommelier at Le Gavroche), “discovering some of the greatest Austrian wine with her which I have kept on the list and added to.” He also brought new wines from southwest France, “including Poulsard.” His time at Mere was punctuated by a nine-month sabbatical at Hide over both restaurants, “where I tried Château Margaux, Clos de Tart, La Coulée de Serrant, Vega Sicilia, and Biondi-Santi back to 1945 as well as older vintages of Montebello – wines I read about when I was 15.”

When decanting fragile bottles in front of guests, Corvez shows respect. “It feels like I am opening a piece of history. I love it. An experience.”

Corvez’s minimalist wine list, clasped in cork folder and featuring the custom-made “Mere” typeface for headings, is neatly organised by country and grape variety. It shows a fondness for white Burgundies, with “power, length, and lovely honey, buttery flavours,” as well as flamboyant Sémillon from Napa (Forlorn Hope) and incisive dry Furmint (Dobogo). Also represented are Bordeaux red blends from the USA, with TD-9 by Shafer poured by the glass Sweet wines find favour with desserts such as dark chocolate sphere with salted caramel and tonka crème Anglaise with the multi-vintage, Rutherglen Muscat/Syrah, “which smells and tastes of cinnamon, vanilla, caramel and chocolate, echoing the dish.”

Corvez recalls the words of a happy guest. “Your tasting menu journey took us to the third dimension.”

Despite his partner’s disapproval, Corvez, “likes to build things out of wood, such as the wine bar and TV stand made from wine boxes” when not working.

Incidentally, Mere boasts its own Blanc de Blancs Champagne, “Sur Mesure” 2009 in collaboration with Duval Leroy, Vertus, which is also available to take away. Sipped from the restaurant’s British-made, William Yeoward stemware in front of the bar’s circular artwork made of Champagne caps, the result is impressive.

As well as carpentry, during the lockdown, Corvez studied towards the Advanced Certificate (Court of Master Sommeliers).

Mere is the mother’s name of the patron, Monica Galetti, the sometimes fearsome Masterchef judge and former senior sous chef of Le Gavroche turned TV luxury travel presenter and restaurateur. She runs the chic Fitzrovia dining room, textured bar which is worth its own visit, and private dining room complete with live kitchen TV feed, with her quietly confident husband, David, a former head sommelier of Le Gavroche, who also worked at Paris’ Tour d’Argent.

Their sommelier, Sandra Bein (previously assistant sommelier at Le Gavroche) was raised at her parent’s five-star hotel in Austria, later working in the Tyrol. “Passion is what it’s all about,” she says of her minimalist wine list, clasped in cork folder and featuring the custom-made “Mere” typeface for headings. “What’s important is that it’s easy and understandable,” she adds. Hence organisation by grape variety, “from good value, easy-drinking wines to classic appellations such as Sancerre and Châteauneuf-du-Pape, to a delicious Pinot Noir Reserve from Kamptal,” says Bein, “my list changes often.” Austrian wines abound given Bein’s background.

Bein’s two page Reserve List makes fun browsing, and must “not be overlooked,” says Bein, including renditions of Bordeaux and Jura (where David is from) from the 1960s, alongside the wines of Coche-Dury, and rested Riojas.

Over 50 wines are available by the glass, including nearly half-century-old Lafite via Coravin, as well as a thoughtful range of fortified potions such as, from the heatwave year 1976, Kopke Port. Mere boasts its own Blanc de Blancs Champagne, “Sur Mesure” too, blended in collaboration with Duval Leroy, a house Bein recently visited, whittling down 60 base wines and playing with dosage. And this is available to take home very reasonably. The result, sipped from the restaurant’s British made, William Yeoward stemware, perhaps in front of the bar’s feature artwork made of Champagne caps is impressive: Rubenesque and moreish.

Dishes, realised by Canadian head chef, Renee Miller who grew up in Muskoka; two hours drive north of Toronto, soar on the palate. ‘The moment the most exciting and surprising pairing is Scottish roast scallop with beluga lentils, bacon and guanciale with Youngblood Grenache from Barossa Valley, a Grenache Noir produced with only 30% of whole bunches, so it’s super light, very pale in colour and in my opinion just the perfect match,’ says Bein.

Look out for Mere’s wine dinners. “Last year we kicked off our first anniversary with Carol Duval-Leroy from the eponymous Champagne houses, then we had Nigel Greening from Felton Road (Central Otago), and Michael Moosbrugger from Schloss Gobelsburg (Austria) with us.”

Mere (the name of the restaurant deriving from the French for mother, and the patron’s mother’s name in Samoan) is the pristinely composed bright, spacious Fitzrovia dining room, comfy bar and private dining room with kitchen TV feed, described as the ‘second child’ of Monica Galetti, sometimes fearsome Masterchef judge and ex senior sous chef of Le Gavroche, and her notable of eyewear husband, David (ex head sommelier of Le Gavroche, who also worked at Paris’ Tour d’Argent).

Sommelier, Sandra Bein (also of Le Gavroche, where she was assistant sommelier) grew up in the industry at her parent’s five star hotel in Austria, later working in the Tyrol. ‘Passion is what it’s all about,’ Bein says of the tactile wine list, wrapped in a cork folder and featuring the bespoke ‘Mere’ typeface for headings. ‘What’s important is that it’s easy and understandable,’ she adds. ‘With escalating prices globally, wine is getting expensive,’ notes David. Hence it is organised by grape variety, ‘from good value, easy drinking wines to classic appellations such as Sancerre and Châteuneuf-du-Pape, to indigenous Rotgipfler and Negroamaro,’ says Bein.

Bein and Galetti make available around 50 wines by the glass via Coravin, such as: Chapoutier’s Hermitage Blanc ‘89, Echezeaux Grand Cru ‘92, and indefatigable Madeira. The Galettis also created a sur-mesure Blanc de Blancs house Champagne in collaboration with Duval Leroy, whittling down 60 base wines and playing with dosage. The result, sipped from the restaurant’s British made, William Yeoward crystalware, is seriously impressive: Rubenesque and moreish.

As well as the odd toothsome wine from the Jura (where David Galetti was born), Austrian wines abound, given Bein’s background, in addition to artisan cider (including an ice cider – perhaps a nod to Canadian head chef, Renee Miller) and perry. Note the art in the bar, too, a huge resin swirl depicting a fizzing flute from above, with Champagne caps set as convincing bubbles. Also, the bottles of Chartreuse, Benedictine and Cuvée du Centenaire Grand Marnier on the bar’s shelves glinting in the light from the floor-to-ceiling window.

Dishes, nearly free from adjectives on paper, are subtle initially, but then soar on the palate, and may include tender octopus with fennel, caper condiment and nduja, perhaps with Joh Jos Prüm Kabinett, then roasted breast of squab pigeon, black apple butter and hispi cabbage with a heat-wave reniditon of Cabernet from Mas La Plana, Penedès. For pudding, go for the pineapple custard tart with rum and coconut sorbet.

Named after her Samoan mother, Mere is a joint venture between Galetti, who many will recognise from her stints as a judge on MasterChef: The Professionals, and her French sommelier husband, David, who she met while working at Le Gavroche.

Mere’s wine list is grouped by variety rather than region, with a strong selection from New Zealand via the likes of a zippy, lime-laced Wild Earth Riesling 2016 from Central Otago and a Chenin Blanc from Gisborne’s Millton Vineyards. These sit alongside Old World favourites from Burgundy and Bordeaux, and Mere’s eponymously named own-label grand cru Champagne, from Duval Leroy. Its by-the- glass selection makes use of Coravin, and half bottles are also available. This is a wine list that, much like Galetti and her approach to classic French cuisine, has thrown out the rule book as to what’s expected of a fine-dining experience, albeit a casual one.
By Lauren Eads, 2017