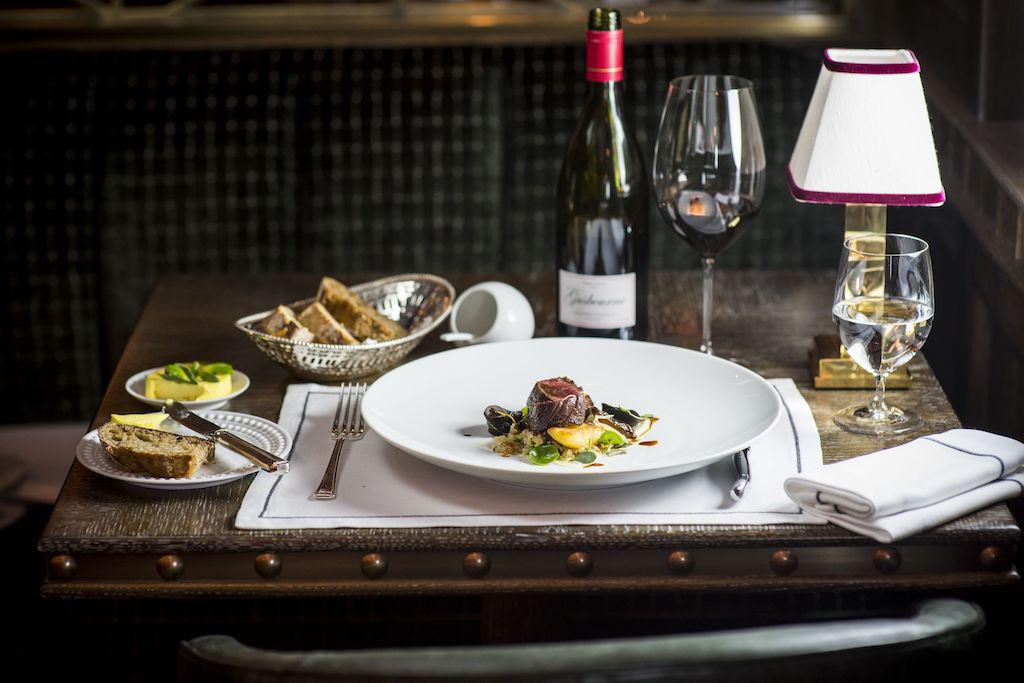 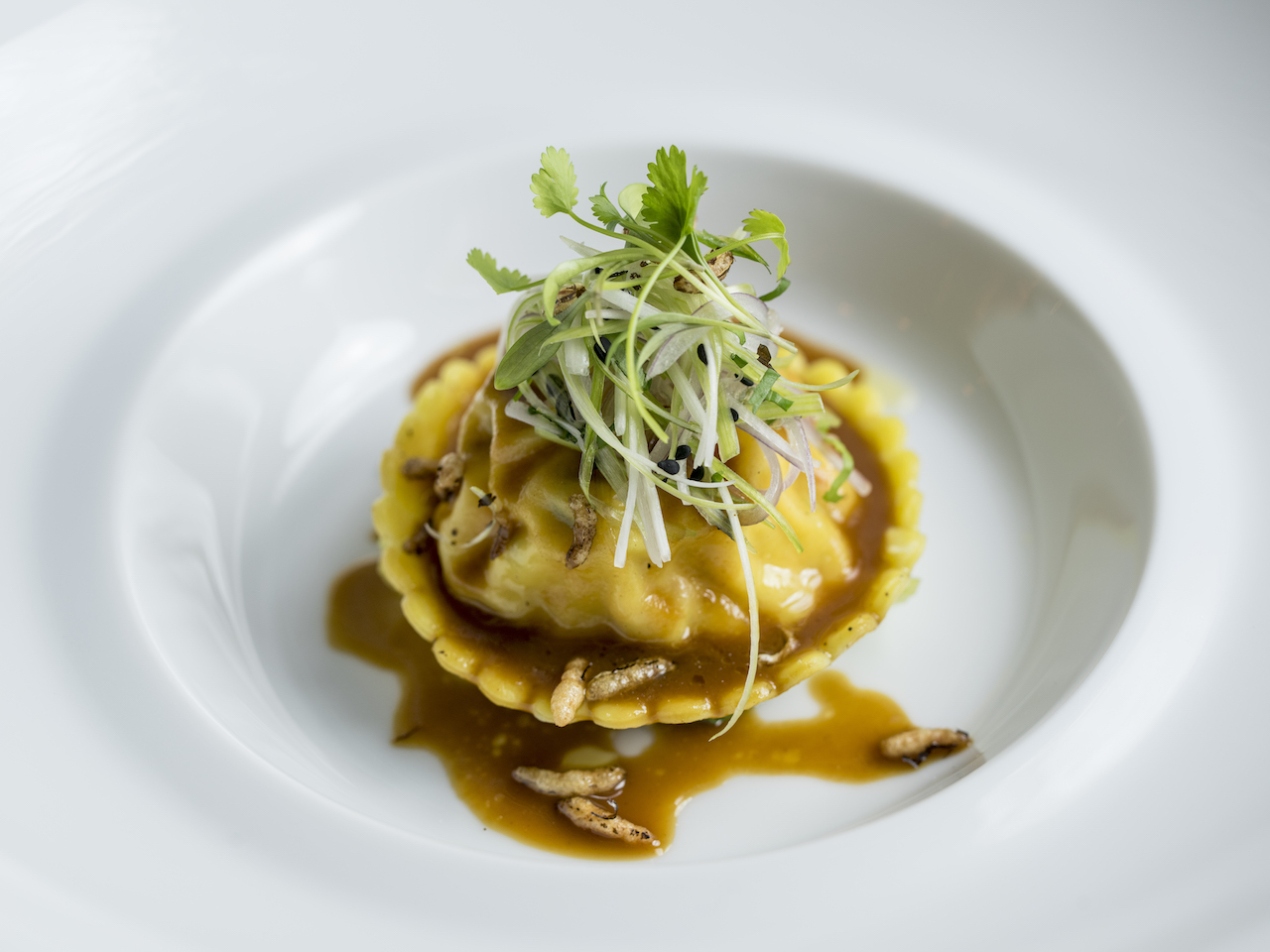 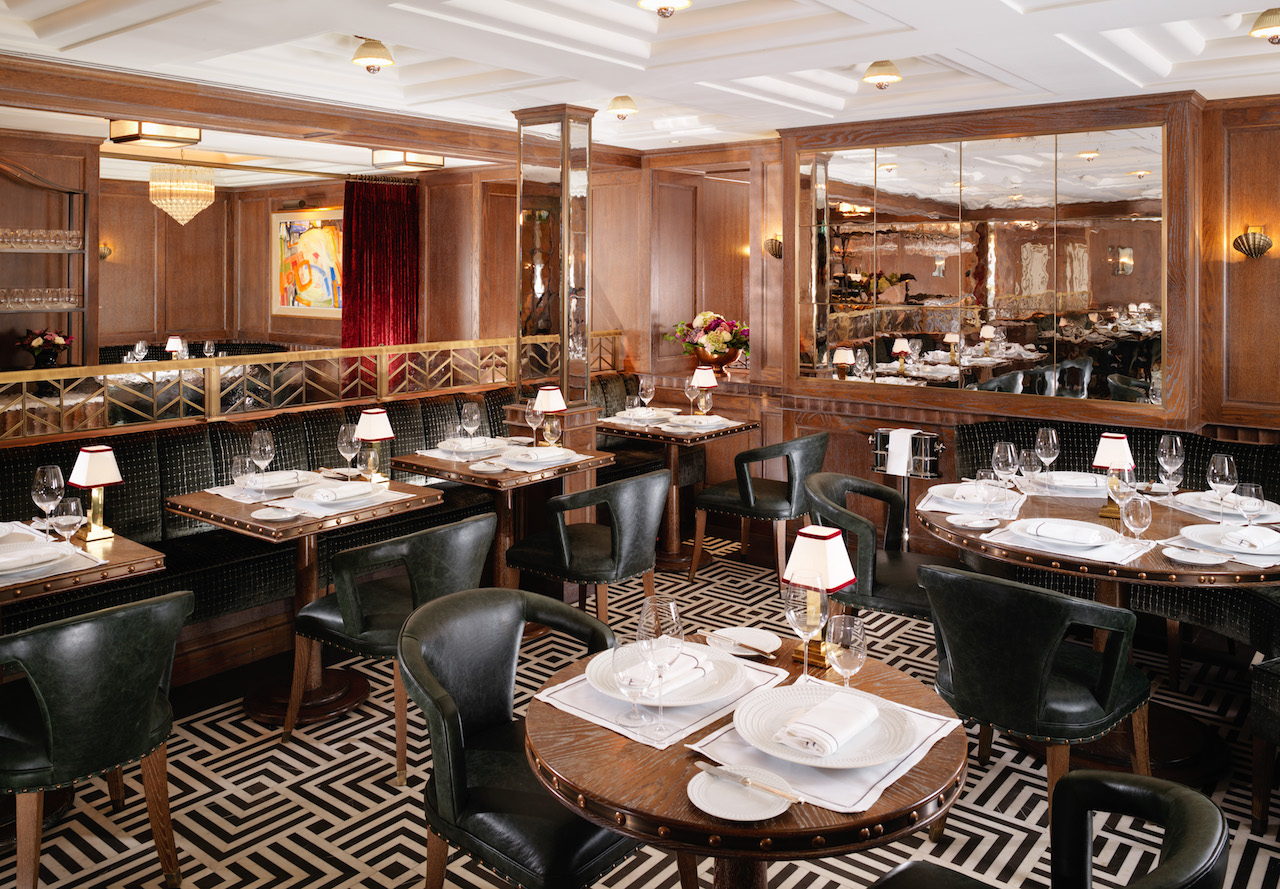 Having joined 67 Pall Mall as assistant head sommelier for the opening of The Club Room, “returning home at 3am each night while studying to become a Master Sommelier,” Svetoslav Manolev returned to native Bulgaria to recharge his batteries. “As sommeliers, we do this job because we like what we do, so mustn’t burn-out and lose enthusiasm,” he cautions.

During that time, the lover of Syrah received a bequest from Andreas Rosendal, then Director of Wine for Flemings Hotel including Ormer restaurant, to take over the role. In so doing, he made gentle changes, expanding options by price of wines-by-the-glass and adding a concentrated selection of bottles for those in the wine trade to discover when dining within, such as, with relatively low margin applied to Pure’s Assyrtiko, “from very old vines on Santorini” as well as the “pomaceous” Pinot-Auxerrois reaped from Grand Cru-grade sites tended by Josmeyer in Alsace. He lists only one Bulgarian wine, the Bordeaux-blend Enira Reserva from the Thracian Lowlands, a property whose ownership includes Stephan von Neipperg of Château Canon La Gaffelière. “The 2014 is very good,” he appraises. Meanwhile, Ormer’s friendship with both Nyetimber and Devaux continues, with “dinner with Devaux” slated to become a regular event, “including large formats.”

Although much time has been devoted to study, resulting in Manolev winning the Dom Ruinart cup “which I keep locked in my office” on passing the Court of Master Sommeliers with a notably high score in record time, you may find Manolev fly-fishing as a pastime, “which is more dynamic and tactical than just sitting and waiting at the side of a river.” He also loves hiking Bulgaria’s mountains. “I call up friends and we go out for a day or two with flasks of rum if it’s winter because beer would freeze at -30 degrees.” And, although well-travelled, the land of Japan is very much on Manolev’s agenda for sake discovery. He also aims to try, from his birth year, the fabled 1986 Klein Constantia from the first harvest of the estate’s renaissance, “which is only available at the winery.”

Andreas Rosendal, Director of Wine for Flemings, has accomplished the feat of delivering a generally approachable list at Ormer, despite the Mayfair environs. Rather than categorise bottles by region or style, they are bracketed by price, from £30. The selection is searching, ranging from Chinese Cabernet (Pretty Pony, Kanaan) to Devonian and Kentish still Pinot Noir (Sharpham and Gusbourne), an Indian fizz (N°47, JCB), Peruvian Malbec (Queirolo), and sweet, non-vintage Uruguayan Tannat (Atlantida) as well as, resulting from a “very big decision”, natural wines, all vying for attention alongside classic territories. Rosendal is particularly proud of his Nyetimber showcase, dating to 1992 and starring magnums of 1996. Fascinated by numbers, equations and statistics, Rosendal details where bottles slumber: “one cellar, two vaults, 14 fridges, two cabinets and one Eurocave. But of course, you always wish you could have more space…”

Rosendal’s previous capital form includes Sweden’s self-proclaimed smallest five-star hotel, Sigtuna Stadshotell, and in London, The Greenhouse – which has one of Europe’s largest lists, as well as Sat Bains in Nottingham.

Flourishing with flashes of acidity, dishes are devised by Shaun Rankin, founder of the first incarnation of Ormer, Jersey (now Samphire), and realised by memorably named Kerth Gumbs (who worked at Jason Atherton’s Esquina, Singapore). These include Jersey crab with Granny Smith, lime, vanilla and peanut, followed by Challans duck with BBQ foie gras, pomelo, cabbage and granola. If equipped with a bulging budget, Rosendal recommends 1999 Cheval Blanc accompanies the latter. “Needless to say, the wine is beautiful on its own. But due to the vintage, the tannins have a slightly dry edge. However, when brought together, the wine becomes super-smooth and almost silky.”

Finish with Yorkshire rhubarb with white chocolate, candied ginger and pistachio, possibly with a glass of Riesling Kabinett (Schloss Schonborn). “As long as I can keep my Mosel Rieslings then I’m happy,” says Rosendal, who post-service is a kombucha rather than lager fan. Also, look out for an appearance of Rankin’s treacle tart which once won BBC’s Great British Menu.

Producer dinners have included the collaboration with Marchesi Mazzei, “which consisted of us being allowed to pillage their cellar and get seven vintages of Siepi and nine of Castello di Fonterutoli which we offered by-the-glass after the masterclasses.”

When not at Flemings, find Rosendal at Chelsea’s Medlar, or 10 Cases, Seven Dials.

Bar three wines, Ormer’s calibrated list focuses on wines which are clean and precise in flavour – more vin than vinegar, with the term ‘orange’ only appearing in comparison to the citrus fruit in tasting notes rather than method of production. This is ably overseen by personable, Andreas Rosendal, Master Sommelier candidate and Director of Wine for Flemings. His previous form includes The Wesbury and Restaurant Sat Bains.

Rosendal has created an approachable and appealing list, especially considering the environs. ‘Being in Mayfair, and considering we have more than 30 wines below £40, the list has been incredibly well received,’ he says. ‘I think that guests simply like to have options and do not want to feel pressured to choose the most expensive wine on the list.’ Prices range from the early £20s per bottle to £4,500 (plus service charge) for Petrus ‘90. ‘Still, we sell more Bordeaux and Burgundy at the upper end of the price range than we do house wines,’ he adds.

Now in the restaurant’s second year, Rosendal mentions his team has learnt much since opening day. ‘That is why we have expanded our list, adding 30% more wines and making it more diverse and interesting. We now have wines from more than 22 countries, including Syria and Uruguay by the glass and Armenia.’ Ormer also can lay claim to having one of the largest selections of English wine in UK, including library stock from Ridgeview, Gusbourne and Nyetimber. Indeed, Nyetimber’s ‘10 Classic Cuvée is poured by the glass from magnum, while ‘the first sparkling they made: the 1992 Blanc de Blancs’ is also in reserve alongside single vineyard, Tillington, says Rosendal.

On working with Rankin, Rosendal finds it ‘simply amazing’ to watch him at work in the kitchen. ‘The produce he is able to bring from Jersey is just world-class and his cooking really brings out the best of these ingredients. When it comes to the wine, it has been a lot more straightforward than I anticipated. All of Shaun’s dishes are well defined and balanced to start with, making the flavours really clean. Therefore, I find that pairing wines with his food comes really naturally.’

Starters, realised by Kerth Gumbs, may include lobster ravioli with crab and tomato bisque, shallot salad and coriander, or an excellent beef tartare with smoked oyster mayonnaise and salted egg crumb, followed by salt baked sea bass with Parma ham, black olive caramel and saffron, or ‘secreto’ of Iberico pork with calamari, chorizo and apple chutney. Owing to its victory on BBC’s Great British Menu, Rankin is rightly celebrated for his original treacle tart served to returning soldiers from Afghanistan. This joyous pudding could dovetail with a soupçon of 20-year-old Moscatel from Valencia, or even sweet cider from Asturias…

The best seat in the house, incidentally, is the semi-private table in the heart of the restaurant, located beside the wine display.

Finally, remember to make time for a cocktail in the velvety bar next-door, where spirits include the exotic, marmite spirit, Baijiu from China.

An ormer, for those who don’t know, is a ritual mating dance of the lesser white-toothed shrew…

It isn’t really – though like the lesser white-toothed shrew, it is Jerseyan. It’s actually the name of the prehistoric-looking mollusc, and culinary delicacy, known in other parts of the English-speaking world as abalone… and Michelin-starred Shaun Rankin’s restaurant in Jersey, of course, which has just spawned a London version in the fine dining nexus of Mayfair.

Fine and good – but what about the wine list? Well quite.

Andreas Rosendal is your head sommelier here. He has previously worked as head somm at Michelin-starred Brasserie Chavot and as assistant head somm at the two-star Restaurant Sat Bains in Nottingham. He also looked after the largest list in the UK for a time – at Wine List Confidential favourite The Greenhouse.

He’s working with considerably fewer than 3,600 bins at Ormer Mayfair – just 150 for the moment, but with the capacity to grow to around 300.

For Mayfair, this makes the list very approachable, as do the prices, which determine the order of the wines – so wines in the £20s, then the £30s (according to Rosendal, these sections are selling very well), then £40 and upwards, then the ‘Library’ wines. If you do have money to burn, the Library section offers Guigal’s 1990 La Landonne for £1,240.

Pride of place is given to English sparkling, with an extensive range of Nyetimber and Ridgeview (as well as Devaux Champagne) available by the bottle – Nyetimber’s 2009 Classic Cuvée is ageing very well, while you can also sample wine from the Sussex estate’s very first vintage – the 1992 blanc de blancs. Gusbourne and Denbies also get a look in – the latter’s soft, juicy Pinot Noir Dunkelfelder blend makes for a very pleasant pairing with Rankin’s turbot dish.

Beyond these shores, France and Italy are fairly well represented while you’ll find the odd bottle from lesser-known regions such as Naoussa in Greece (Diamantakos Estate) and Vale de São Francisco (Vini Brasil) in Brazil.

The geeky oenophile who really likes to dig deep into a list might be a little disappointed, but this pick-n-mix selection just about makes up for in breadth what it lacks in depth.