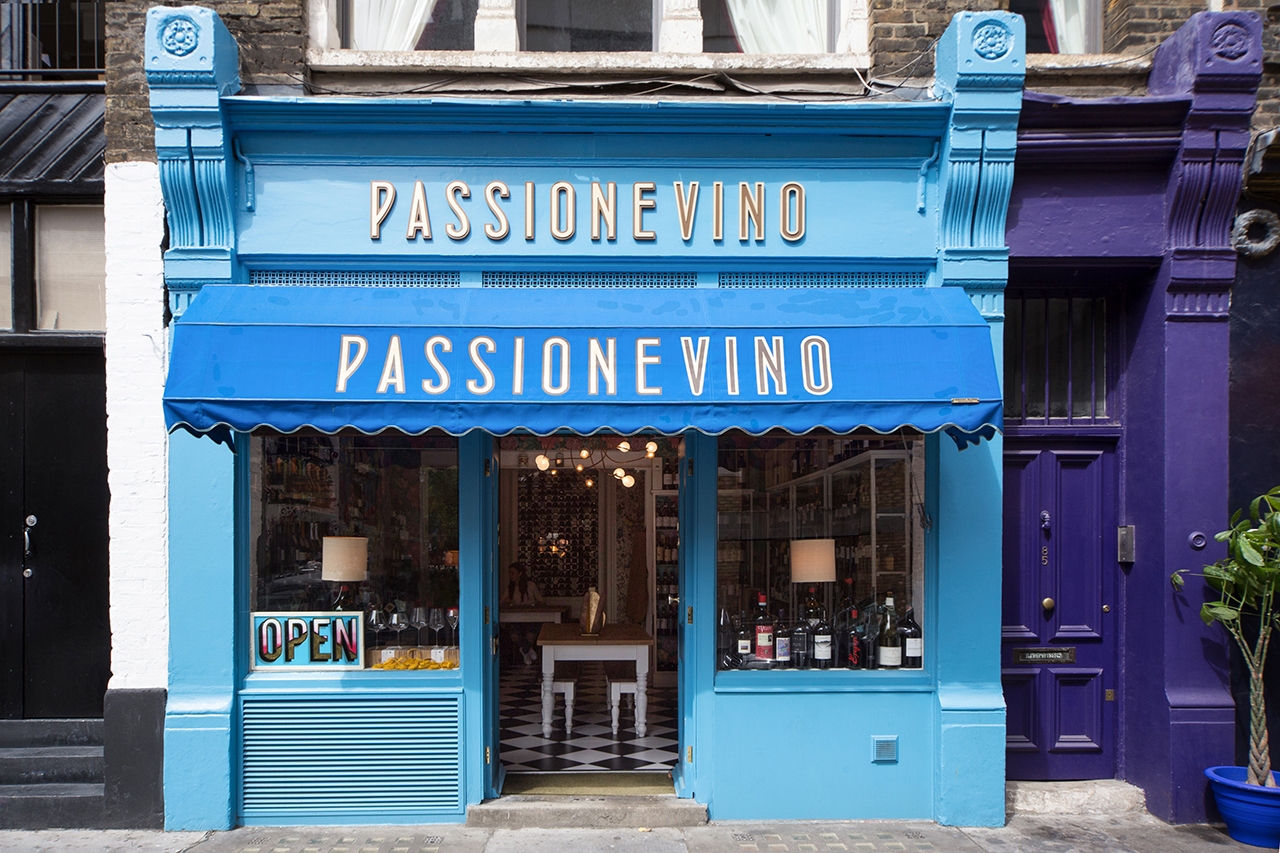 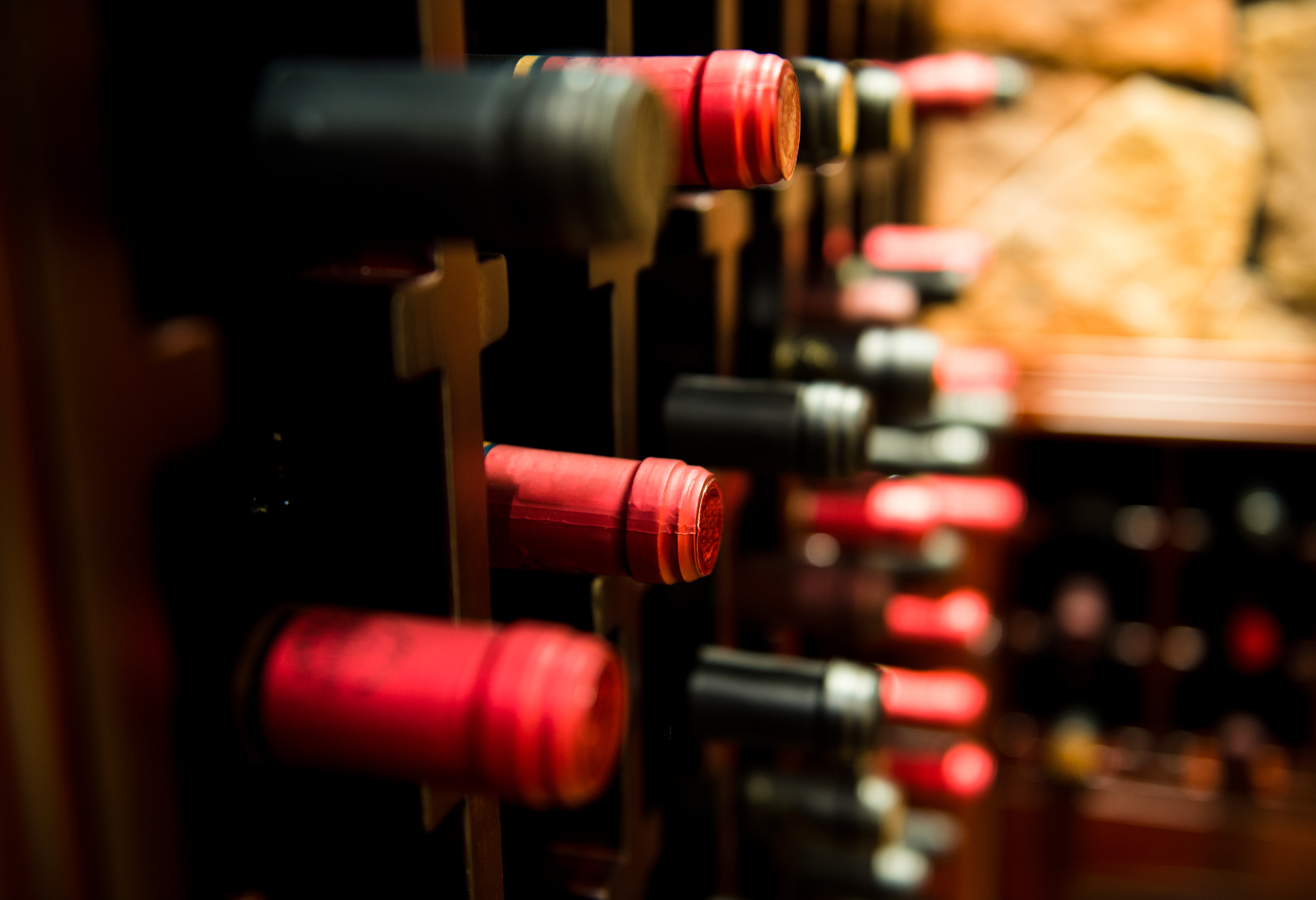 Dusi’s agencies are “small, artisan, indie and genuinely 101% Italian.” He prefers not to use the albeit applicable word “natural” because it has been “wildly abused and ridiculed by hipsters who think all you need to make wines is a straw hat, dirty trousers, sandals and a jumper with holes in it.”

Don’t come to Hackney’s flamboyant Passione Vino for cocktails, beer, or even sparkling water for the undivided mission of proprietor and flaneur, Luca Dusi is to source the finest, hidden pearls of Italian oenology within Italy’s “middle ground”, i.e. the swathe betwixt “screw-capped litres of Montepulciano and the famous and obvious…”

With business partner, Federico Bruschetta, Dusi signed the first producer, Carussin, at a sultry Vinitaly in 2003. “I met Bruna Fera who was talking to a dog she’d rescued from the road which intently listened to her.” Her wine, a Barbera d’Asti proved inspirational, “with shades of red like her hair.” From that moment, wine became much more than alcohol. “It’s about history, geography and the personality who fought the elements for 12 months then transformed it into something amazing.”

Today, the shop and wine bar, and beyond that, on-trade business showcases a roster of around 70 estates with hand-drawn producer portraits gracing the brick “hero wall” of his tasting room which is replete with a tulipwood counter. Elsewhere, wallpaper writ large with flowers and butterflies celebrates nature. When uncorked within, the often artfully labelled bottles are subject to a modest £10 mark-up, to be savoured alongside an increasingly developed menu which might include Venetian whipped dried cod, cuttlefish stew with winter vegetables, and fresh Bigoli with white sausage ragu, alongside staples such as lean Strolghino salami from Anselmo Bocchi and unpasteurised Monte Stagionato cheese.

In 2020, Dusi “finally found a stunner of a Frascati” from La Torretta “aged in chestnut and another in terracotta amphora,” and a controversial, impeccable Puglian Pinot Noir.

During the lockdown, as well as being in demand to conduct spirited Zoom tastings, Dusi never closed the shop. “Swiftly and promptly we changed our attitude towards commerce, modifying the website and pushed home deliveries nationwide, which proved to be more than a lifeline.”

If you’re eve feeling blue and can’t make it to the venue itself, keep an eye on Dusi’s Instagram account (@lucapassionevino), via which he theatrically and hilariously promotes his wine of the week. Rest assured, says Dusi, “you can pay me a million, but I’ll never transfer positive energy to a bad bottle.”

Driven to source “the finest, hidden pearls of Italian oenology”, from resurrected Lambrusco to a taut rosé from Calabria, Luca Dusi is the memorable mind behind Hackney’s flamboyant Passione Vino. Formerly “a studio with a dark room in the basement,” the motto of his shop and wine bar is, “Vision. Dedication. Style.”

In style terms, Dusi gilded the lily when it comes to the shop and bar’s particularly fulsome décor featuring aggressively floral wallpaper. He describes the vision: “I knew the effect I wanted to trigger – bold and loud, but not hipster – so asked my friend, Toby Sander, a product designer, to help me out.”

The seed of Passione Vino was sown in the late 1990s when “Italian wines had the reputation of being cheap and cheerful in this country,” he says. “Think two-litre, screw-capped Montepulciano-style house wines – or the famous and obvious.” However, when Dusi and business partner, Federico Bruschetta met Bruna Ferro by chance, “the super-genuine producer of Carussin Barbera d’Asti which we fell in love with” they decided to “crack open our piggy bank and visit lesser-known wineries, enlisting 13 to begin with.” Today, realised in portraits in the middle bar, Passione Vino dedicatedly imports the wares of 75 producers, including seven of Carussin’s wines.

Dusi’s agencies are “small, artisan, indie and genuinely 101% Italian.” He prefers not to use the albeit applicable word “natural” because it has been “wildly abused and ridiculed by hipsters who think all you need to make wines is a straw hat, dirty trousers, sandals and a jumper with holes in it.” Indeed, making wine “isn’t about fashion, and neither is it easy, but an art based on experience and effort.”

Often artfully labelled bottles on Passione Vino’s shelves are available to take-away or drink-in subject to a mere £10 mark-up. “If I am in a good mood everything goes by-the-glass, otherwise we always have at least 10 whites and 10 reds available.” Alongside, expect lavishly equipped meat and cheese platters, smoked burrata, vitello tonnato, and “dusty knuckle” bread with balsamic and olive oil.

Dusi recalls a memorable producer event, albeit held elsewhere. “In 2007 at Hotel du Vin, Newcastle we hosted a dinner featuring wines made as part of a drug rehabilitation programme at San Patrignano, Rimini. Some guests thought they were at a charity dinner and left upset. We tried to help them understand it was foremost about the wines, but in this case the producer wasn’t a traditional farmer. But those who stayed had a mega-good time…”

Dusi describes himself as a “wine socialist”, rallying against supermarkets which stock wines which “squeeze the maker and cheat the client with something which is probably a good wine but a bad example of, for example, Barolo.” Even more annoying, he says, are producers poised “to find a compromise in order to supply such a demand.”

He also mentions he sees wines as shapes, with “oaky Shiraz is as round as a football, while aged Nebbiolo is a long conical shape beginning from the narrow end.”

Dusi loves London which is “quite perfect for drinking wine – any wine” because “it’s never too hot or too cold.”