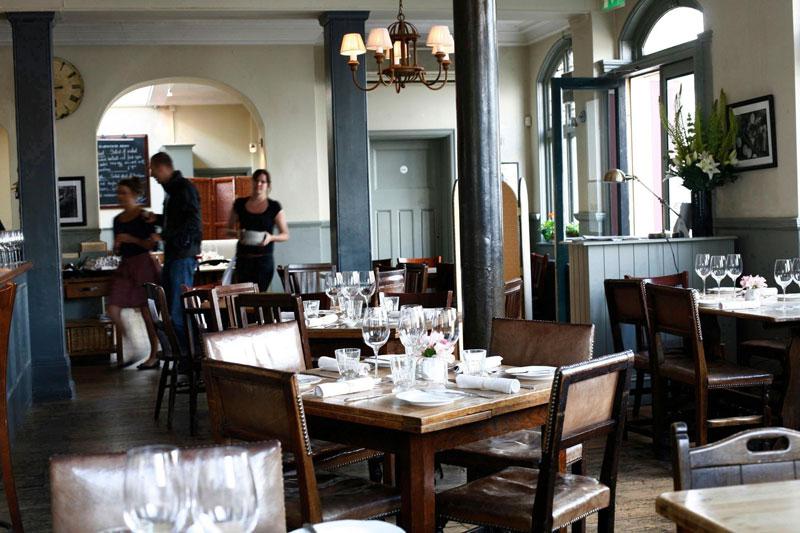 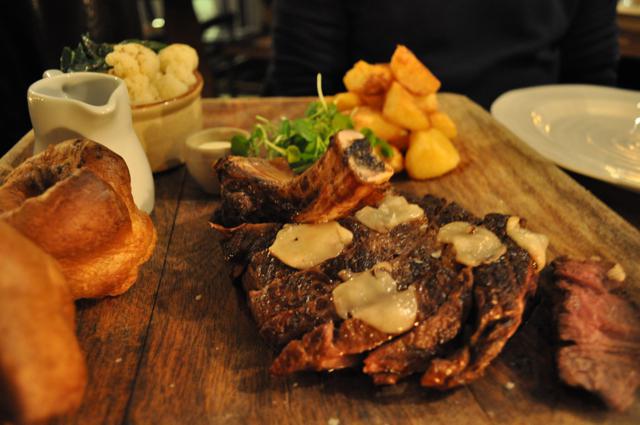 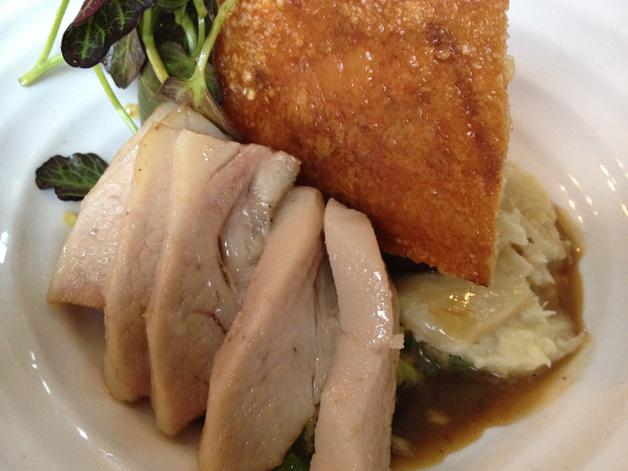 Currently London’s only Michelin-starred pub, the Harwood Arms was founded in 2008 and is co-owned by chef Brett Graham who founded The Ledbury.

An “indie” sommelier,” Anja Breit oversees the broad list at London’s Michelin-starred pub, The Harwood Arms, which celebrated its post lockdown reopening by offering complimentary sparkling wine from Hattingley Valley. Located just far enough from the match-day parts of Fulham, it is co-owned by Brett Graham of Notting Hill’s two-Michelin-starred The Ledbury (RIP), and the game-for-game, Mike Robinson of The Woodsman, Stratford-upon-Avon. Within, taxidermy beasts hang in homage to the fallow deer which Robinson delivers to the kitchen. Although reservations are highly sought, the counter by the fireplace is kept for walk-in drinkers craving ales, deer rissoles and world-famous venison scotch eggs.

Rather than commit to a core role, “because I wasn’t sure if I would get kicked out of the country on account of Brexit”, Breit,from Germany’s Black Forest, pursues many career facets. Hence she both trains staff and works a day a week on the floor at The Harwood Arms, teaches wine and food matching at Le Cordon Bleu, and also appears on the floor of Le Dame de Pic and Chez Bruce, all while studying for the Master Sommelier qualification. Previously, Breit was head sommelier at The Ledbury, later guiding the opening wine list for Core by Clare Smyth, and performing marketing for Burgundy specialist, Flint Wines.

Tenderly-priced Italians are the most popular choices at The Harwood Arms, with premium picks including Flaccianello delle Pieve, as well as Mount Eden Cabernet, Ridge Montebello in red and white, the many rested Bordeaux, including Lafon-Rochet, Duhart-Milon and Lagrange, and the odd world-class Burgundy, such as warm year Vosne-Romanée (Léroy) which sold for £650. Of the relatively gentle mark-ups on such bottles, Breit advises, “you shouldn’t punish people for wanting to drink well.”

Overall, full-bodied wines best suit meaty fare such as, realised by head chef, Sally Abé and Sean Garrett, fallow deer with beetroot, blackcurrant and kromesky (croquettes), hence the presence of, from Australia, The Armagh, and the St. Joseph from the four hectares tended by Aymeric-Paillard, scion of Champagne man, Bruno Paillard.

More unusual options include Vita Vinea’s qvevri-fermented Georgian Saperavi, “which can be compared to smoky, dark-berried Syrah,” and the magnum of BIG Cabernet by South Africa’s Blank Bottle.

On whites, Breit longs to include more Rieslings to harmonise dishes like devilled crab tartlet, as well as house-cured salmon. She already lists a version from “young, blonde, gorgeous” Eva Fricke, “former head winemaker of Leitz in the Rheingau,” whose “hands look like those of a winemaker.” Meanwhile, the chefs adore the Jura, including the wine of Julian Labet. “From two or three rows of vines, this amazingly precise, mineral wine evokes Grand Cru Chablis.”

Although not underestimating the amount of commitment required, Breit dreams of making her own wine, recalling the tentative visit to Plumpton College with Sergio Verrillo when they both worked at maze (RIP) who went on to vinify Essex Pinot Noir at London’s Black Book urban winery.

When not at work, Breit enjoys.” She also rates Brat restaurant for its “fantastic sherries and mineral-driven wines.”

When released from lockdown in Germany, Breit worked at Württemberg’s Weingut Schnaitmann for her “sanity.”

Located off Fulham Broadway, it offers a fantastic list worthy of a Michelin-starred pub, with some cracking Burgundy and Bordeaux, alongside much more, and is very fairly priced, too. Overall, it stocks around 200 bins, with its fair prices at the heart of its ethos.

The restaurant earned itself a Michelin star in 2010 – the first London pub to do so – a title that it retains to this day. Its menu champions British produce, much of it grown in their rooftop garden, with a focus on game and wild food. It offers a set-priced menu for lunch and dinner priced at £37.50 for two courses and £46.00 for three, which is very reasonable considering its Michelin-star calibre.