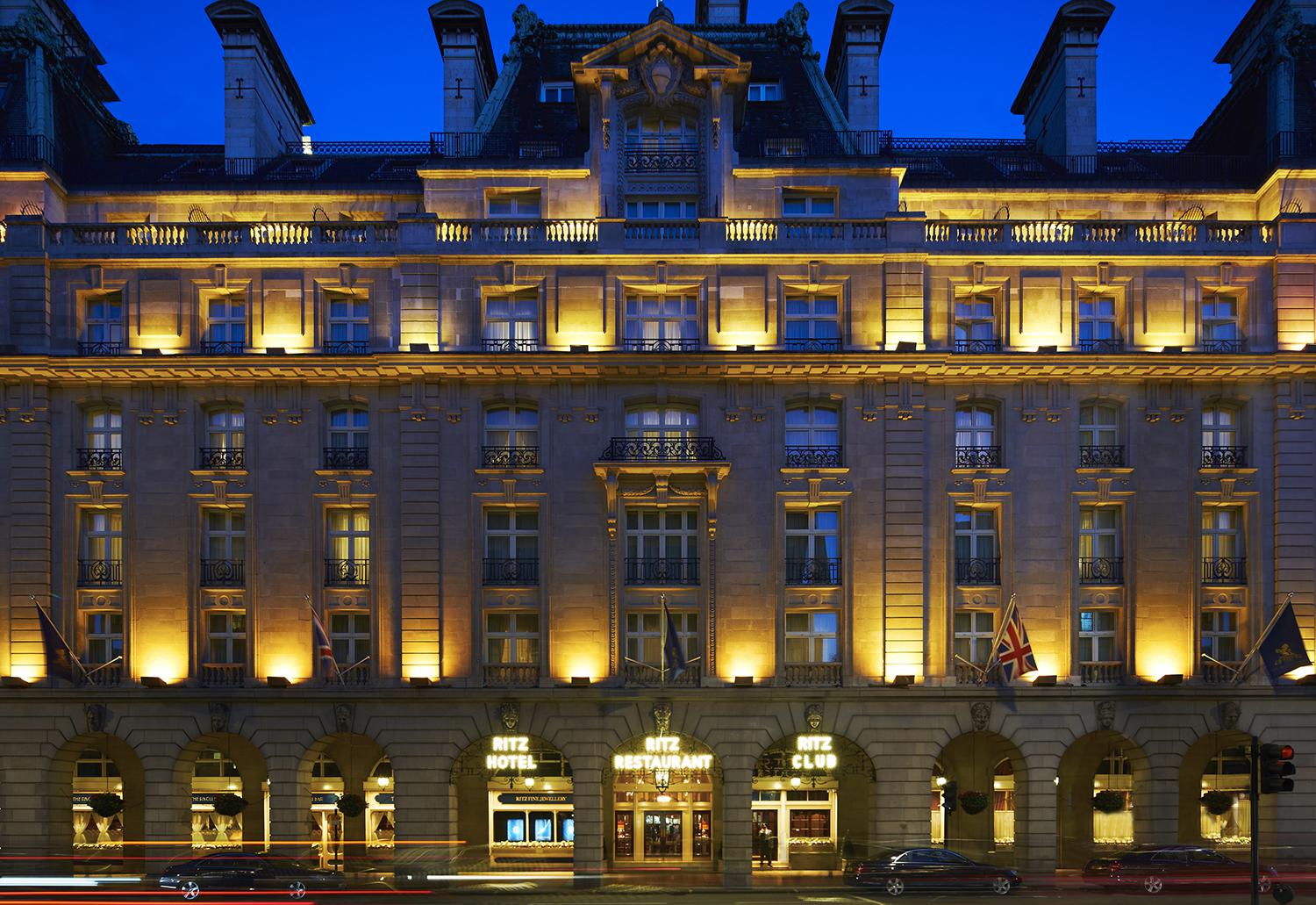 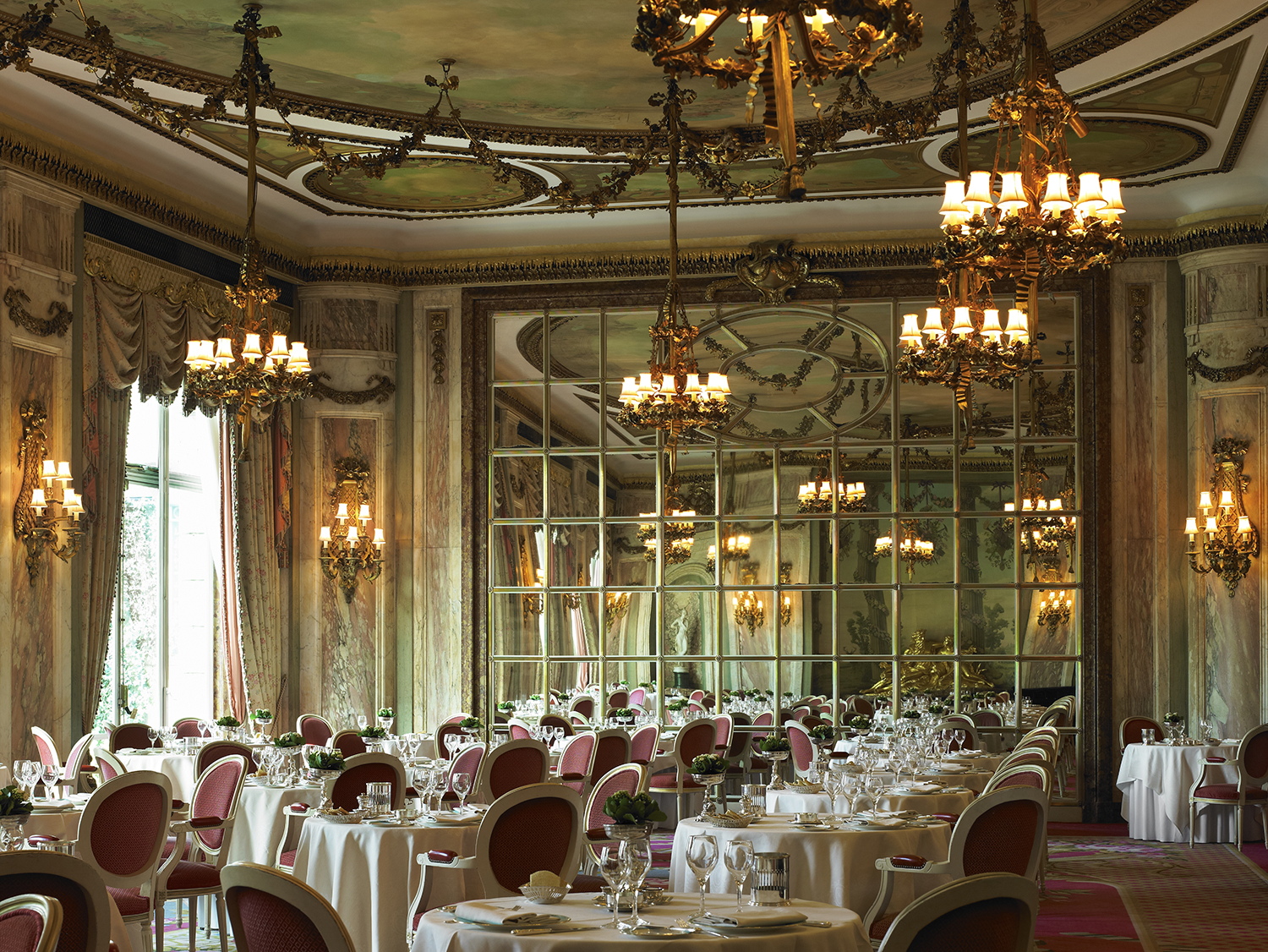 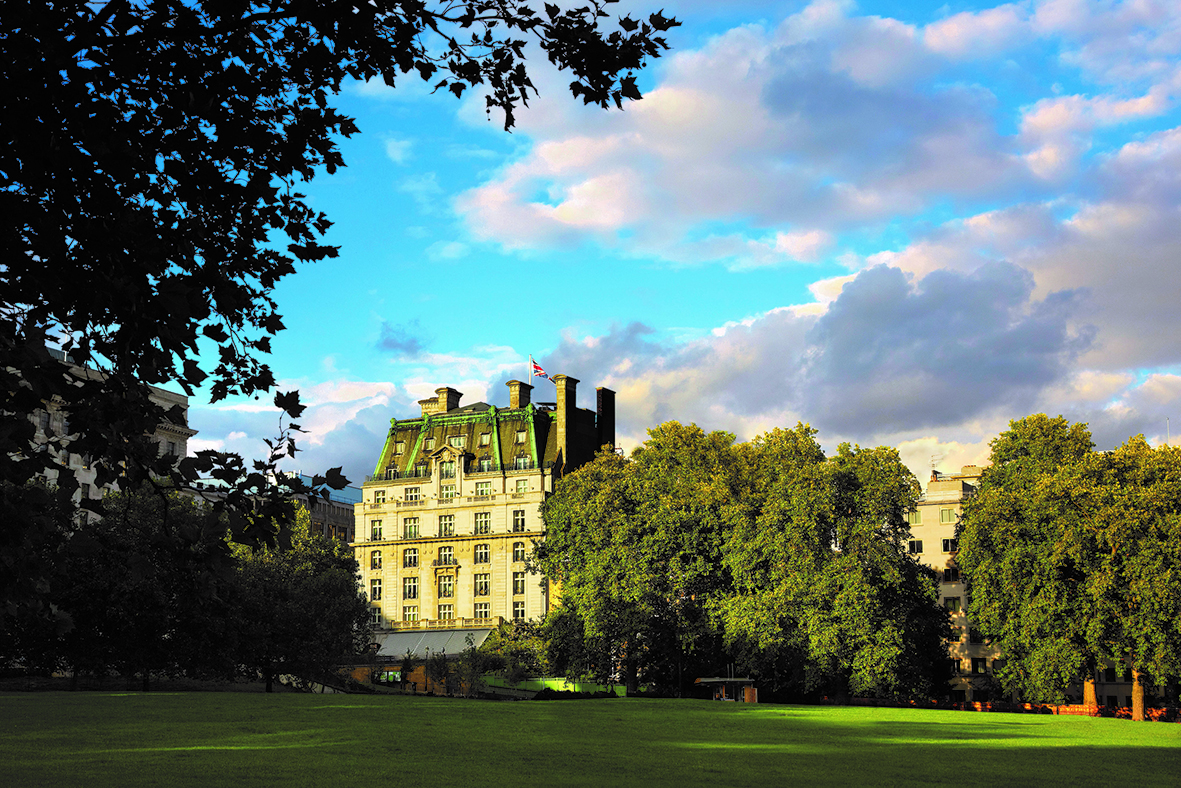 The Ritz is a London palace hotel with eager new owners and a team pushing at every level to become the best in the world.

During the lockdown, the Barclay brothers completed the sale of the famous hotel to the 40-year-old Abdulhadi Mana Al-Hajri. Early signs of the new tenure are positive, according to the head sommelier, Matteo Furlan, who is Villa Sandi’s Best UK Sommelier. To reinforce its place as a world-beating restaurant, the wine list is growing significantly, subject to more modest mark-ups, and with a more encompassing reach. Hence, joining Champagne and English sparkling wine, the all-Italian sommelier team can finally pour Annamaria Clementi Franciacorta alongside such standout dishes as umami-rich panna cotta of Parmigiano Reggiano with shaved truffle and truffle sauce. And, given Maître-Sabreur Furlan is a certified Cava sommelier, expect Spanish sparklers to join too.

Furlan grew up close to Venice, gaining an insight into hospitality early at his family’s restaurant. On coming to London, he joined J Sheekey then Hakkasan’s HKK (RIP) under Tobias Brauweiler MS, “who suggested I go for the Court of Master Sommeliers”. Brauweiler, himself previously at The Ritz, spurred Furlan to send his CV to Giovanni Ferlito, the receptive head of wine and beverage. Furlan describes the volcanic crater-proximate vineyard, Monte Rosso tended by his Etna-born Master of Culinary Arts-accredited boss as “heroic”.

The Ritz’s ‘Livre du Vin’ is now available on an iPad, a decision taken by the hotel’s ‘Green Committee’. It includes wines from China, Israel, Japan and Uruguay, as well as orange wines, which appeared on the list after Ferlito’s visit to Imereti. Sourced directly from the wineries, the standout classic collections are the crown jewels, encompassing Lafite, Mouton and, in some cases at near-retail price, Romanée-Conti. Six recently added collections include Costasera Amarone from Masi, which Furlan visited before the lockdown, running to 1988. Also consider Scharzhofberger from Egon Müller back to 1983, and the vertical of Cervaro delle Sala to 2008, “to prove Italian whites can age”. Sweet wines and Sherries are taken particularly seriously too, with scarce sips “served by the spoon” (10ml), including pre-phylloxera Pio X 1903 Moscatel.

Both the wine list, which is available throughout the building, and menus, include the service charge, meaning the £40 starting point for a breezy bottle of Narince Diren from Tokat in northern Turkey feels like a bargain in the context of the gilded, Michelin-starred Green Park dining room. Delve deep, and you might find relative snips from the likes of Coche-Dury and Domaine Huet.

A testament to the legacy of Auguste Escoffier, dishes are pristinely realised by executive chef John Williams MBE, a “Geordie from a hard, working-class background”, who is chairman of the Academy of Culinary Arts, and the mind behind The Ritz cookbook. He is also a wine collector. “Chef and I taste the food and wine together, and he loves to listen, changing a sauce or adding something so we can do a really good pairing,” says Furlan.

New for this year, Furlan added a UK-focused craft beer selection. He is also working on improving the low- and no-alcohol category, pertinent given the hotel’s owner is from Muslim Qatar. He is also greatly looking forward to the refurbishment of the capacious but aesthetically unprepossessing cellars.

During the lockdown, Furlan delved into the world of “low-carb cuisine”, having been overly hedonistic in the first weeks away from the floor. “Like many sommeliers, I emptied my cellar during the lockdown and practised my bar skills – everything was allowed at dinner!”

When not at work, cheese lover Furlan enjoys the atmosphere of Gordon’s on Villiers Street, London’s oldest wine bar.

On my last visit, Etna born head sommelier and Master of Culinary Arts, Giovanni Ferlito brought lunch to a close by opening a 1978 Colheita Port (Barros) with a feather. Ferlito is one of the most inquisitive wine minds in the capital, zealously having added nearly 150 new listings to his already globe-trotting and discrimination-free, 93-page ‘Livre du Vin’ in the past year, including wines from China, Croatia, Japan and Uruguay, two new collections from Château Lafite and Domaine de la Romanée-Conti, and scarce sweet wines ‘served by the spoon’ (10ml) such as the pre-phylloxera Pio X 1903 ancient Moscatel (Gonzalez-Byass).

Both list and menus prices sensibly include the service charge, meaning the £40 starting point for a breezy bottle of Narince Diren from Tokat in Northern Turkey feels particularly bargainous in the context of the gilded Michelin-starred, Mayfair dining room. And there is abundant interest often well below £100 per bottle, be it Barolo, aged Madiran, Priorat, Pinot Noir from the USA, or a homegrown bottle of sparkling Gusbourne.

Around 100 wines are now available by the glass, including the new page of Contemporary Wines, featuring a wine from Etna; indeed, Ferlito also tends his own volcanic crater proximate vineyard, ‘Monte Rosso’ with two friends 600m above sea level, though he is too humble to list it at his own workplace.

Orange wines appeared on the list post Ferlito’s visit to Georgia’s Imereti region where he learnt about the role of qvevris, and a young incarnation by the producer, Iago Bitarishvili was the favoured, earthy match with truffle dusted salt baked celeriac with goats cheese. Also, a fan of sherry, Ferlito, a past winner of the Copa Jerez with senior sous chef, Michael Nizzero, matches 30-year-old Apóstoles Palo Cortado with this dish from the ‘Menu Surprise’. Other intriguing matches could include almost 10-year-old Galician Albariño with langoustine and bronze fennel, and winning Cabernet, ‘Jia Bei Lan’ from Ningxia winery, Helan Qingxue with venison, parsnip and pear.

Hence, Ferlito and his far from robotic team of seven sommeliers, relishes being able to positively challenge guests to discover such wines, alongside dishes testament to the legacy of Auguste Escoffier, pristinely realised by ‘a Geordie from hard, working-class background’, turned Chairman of the Academy of Culinary Arts, and mind behind The Ritz cookbook, executive chef, John Williams MBE.

“We feel very lucky to work in such a dynamic city as London to develop our own knowledge and discover new wines,” says Ferlito, whose cellar and service is exemplary.

The gilded bastion of Mayfair hospitality was founded by Swiss entrepreneur, César Ritz, who, as an apprentice wine waiter, was told, ‘you’ll never make anything of yourself in the hotel business…’

The cosseting dining room, replete with frescoed ceiling rigged with so many chandeliers it needs reinforcement, is one of the London’s most splendid, most influential and longest lived culinary havens. Etna born head sommelier and Master of Culinary Arts, Giovanni Ferlito oversees an expert brigade of seven sommeliers with more than 800 bins at their disposal. However, it was not wine but spirits which first captured his imagination. Inspired by the film ‘Cocktail’, Ferlito became a bartender then bar manager for an Italian group of resorts, later becoming a professional sommelier in London. In 2017 he re-launched The Ritz’s offer, adding 150 bins including, for the first time in the venue’s history, English still and sparkling wines. He says: ‘year on year, we continue to see improvements in their quality as a result of changes in the climate and increased investment in winemaking techniques, as well as recognising the need to offer our guests a more sustainable choice of wine with a reduced carbon footprint.’

Orange wines also appeared on the list post Ferlito’s visit to Georgia’s Imereti region where he learnt about the role of qvevris. ‘The Ritz became one of the first Grande Dame hotels in London to put such skin contact wines onto the list and today we have five Orange wines including two by the glass, from Georgia and Friuli Venezia Giulia.’ Ferlito enjoys challenging guests to discover such wines, alongside dishes testament to the legacy of Auguste Escoffier, pristinely realised by son of a Tyneside fisherman turned Chairman of the Academy of Culinary Arts, executive chef John Williams MBE.

Also a fan of sherry, Ferlito, along with one of the hotel’s sous chefs, scored a trip to Jerez on winning the Copa Jerez UK, subsequently upping the tally of sherries to eight, of which seven are available by the glass.

Expect, too – naturalement – a very strong selection from the most sought after regions of France and Italy, including three exclusively released collections under The Ritz logo of the lion and crown – a combination of the British royal seal (the crown) and the logo of a financial backer (the lion). These include 20 wines across six vintages from Burgundy’s Domaine Philippe Pacalet, a vertical from Mouton-Rothschild reaching to 1982, and 13 renditions of Giacomo Borgogno Barolo, 1947-2006…

Ferlito also launched César’s Wine Club at The Ritz, a society for wine aficionados in tribute to founder, César Ritz. Hosted by Ferlito, and in partnership with some of the most famous Châteaux and Domaines, a calendar of monthly wine dinners and masterclasses takes place throughout the year for members.

‘We feel very lucky to work in such a dynamic city as London to develop our own knowledge and discover new wines,’ says Ferlito.

This year, Ferlito, who makes wine himself on Etna, added 150 new wines to the illustrious list. These include – sign of the times – five orange wines, two of which are available by the glass. Another Ferlito innovation has been to introduce English wines to the hotel’s wine list for the first time. Nine references include Nyetimber, Gusbourne and Camel Valley.

As many as 46 wines are available by the glass, including 16 wines using the Coravin system. If you’re looking for ideas, you might tapdance your way over to the Rivoli Bar for a glass of Ritz Selection Brut Champagne (£19 a glass), a delicious, low-dosage bubbly produced exclusively for The Ritz by Barons de Rothschild.

Some ferocious pricing needs to be carefully negotiated, particularly with Champagne, but then this is The Ritz. While there’s little hope of a cheap night out, there are sufficient reasons to sup at The Ritz.