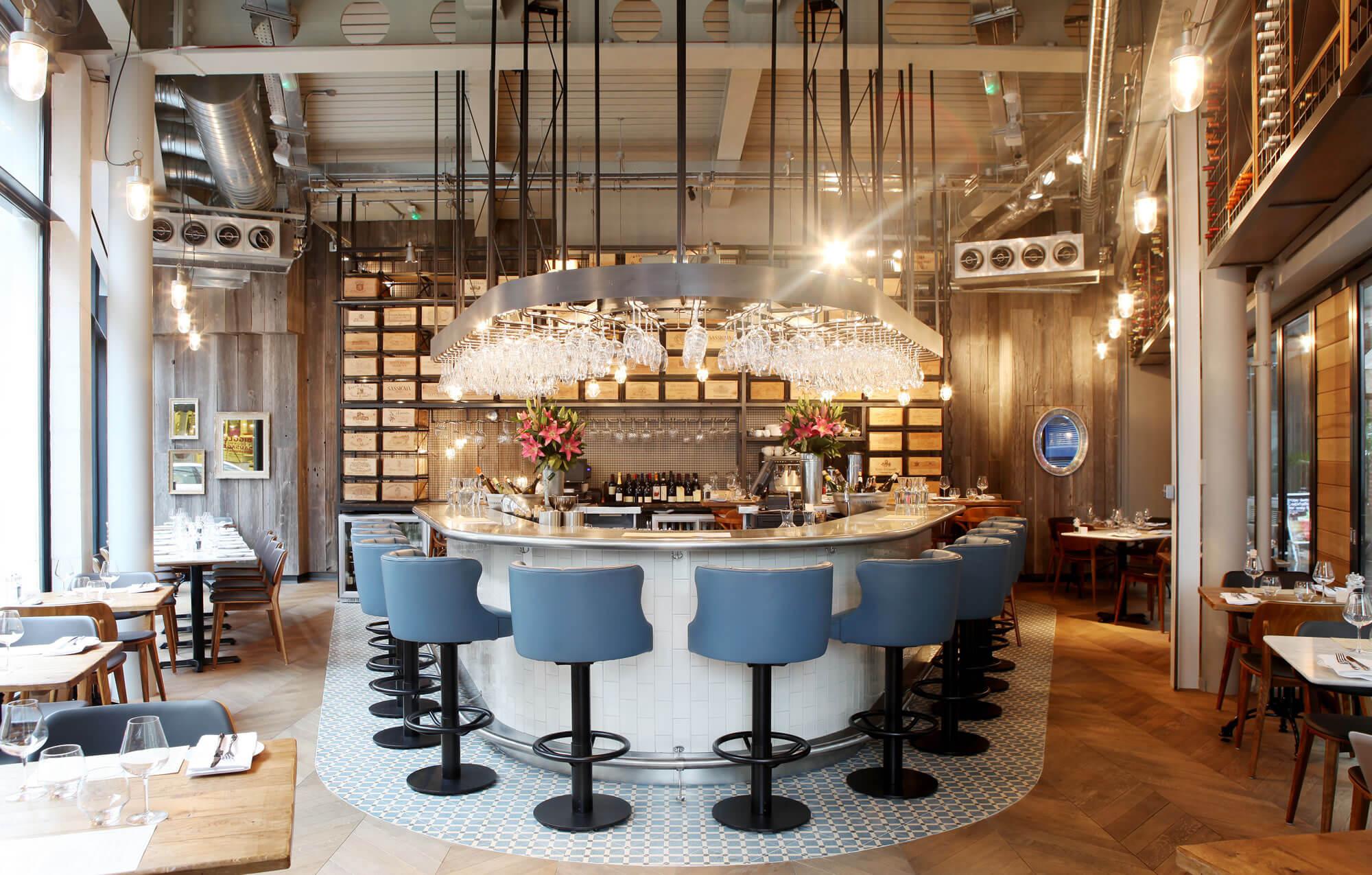 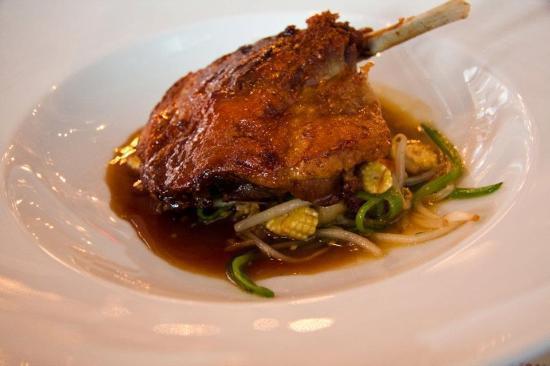 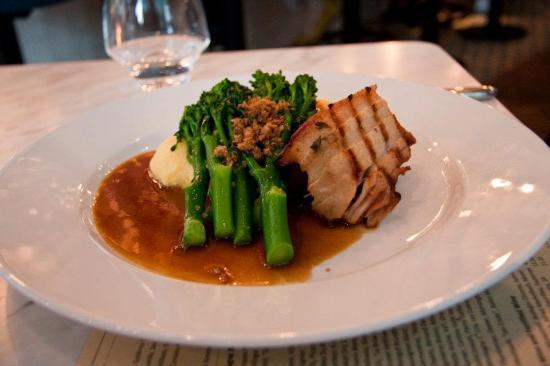 The Marylebone outpost, complete with glamorous, horseshoe shaped counter, is, as with the original venue at Fetter Lane and also Maddox Street, something of a wine embassy destination for wine obsessives.

Established then later sold by co-founders, chef, Agi Sverrison (formerly of Texture, RIP) and leading London wine figure, Xavier Rousset, 28°-50° takes its name from the band of latitudes encapsulating the majority of the world’s wine regions.

The list is written by Jules Bensacq, “one of the youngest head sommeliers in town,” a fact to be “proud of” rather than “scared of,” he says. A finalist for the Concours Européen des Jeunes Professionnels du Vin, Bensacq worked in wine from age 15, including cellar duties at Château Soutard and work in sales at Paul Jaboulet Aîné.

40 wines by the glass are available as 75ml samples, making 28°-50° popular with wine students and curious minds, while the fine wine list stars Lafite back to 1902 and a vertical of Haut-Brion, as well as mature Penfolds Grange.

Given free reign, Julien draws from “100% specialist suppliers” for esoteric wines such as Hungarian Kékfrankos, as well Sotheby’s for fine bottles – and a staircase of empty trophies feature several 1989 vintages.

Having joined in February 2019, Bensacq is gradually building up the back catalogue of bottles. “It’s not the biggest list, but it is one of the most efficient.”

Dishes by long-term 28°-50° chef, Julien Baris, may include truffle arancini with truffle mayonnaise, which, proving the harmony betwixt fried food and fizz, gains lift from house Champagne, Cuvée Léonie by Canard-Duchéne, “made by the former winemaker of Thiénot,” notes Bensacq. A fan of the ingredient of vinegar, Julien’s bright gazpacho, poured at the table over pickled cucumber, black olive and basil, may be matched with what Bensacq calls a wine style “which all wine bars try to avoid – New Zealand Sauvignon Blanc.” His choice, Totara, is less exuberant than some, however. “They work parcel-by-parcel.” And with seared tuna Niçoise, Bensacq enjoys prescribing a St. Aubin by his friends at Lamy-Pillot, with Les Pucelles “having the acid of Puligny-Montrachet and richness of Meursault.”

Born to a dentist father in Albania, 28:50’s MD, Emiliano Isufi, recently added a West End venue to the group in the site once occupied by “gourmet” Mexican franchise, Cantina Laredo. He previously worked at Butler’s Wharf Chophouse under Sir Terence Conran, as well as Angela Harnett at The Connaught, and Greig’s, Mayfair. Of the London restaurant scene post the lockdown, Emiliano believes “the race is starting again.”

Bensacq was fortunate to spend the lockdown with his girlfriend in the Bordeaux countryside. On returning to London, he helped redecorate the restaurant including the handsome cellar room which, when hired, comes with its own bartender.

The expert sommelier team, led by Clement Robert MS, in their own words, like to keep things ‘simple’, offering ‘over 30 wines by the glass, carafe and bottle’, adhering to the philosophy to ‘only serve wines we like, that are interesting, drink well and offer good value’. These may include a 75ml serve of game-changing Château De Fargues Sauternes, or 250ml glass abrim with red Domaine de Chevalier.

The Marylebone outpost, complete with glamorous, horseshoe shaped counter, is, as with the original venue at Fetter Lane and also Maddox Street, something of a wine embassy destination for wine obsessives.

Particularly interesting is the ‘Collectors’ list offering unusual and mature wines such as 1999 Château-Chalon Jura, and even a magnum of Ribera Del Duero Reserva by Bodegas Arzuaga Navarro, Castilla Leon, sold on behalf of friends of the restaurant.

Alternatively, soak up fine ferment with a selection of cheeses from La Fromagerie.