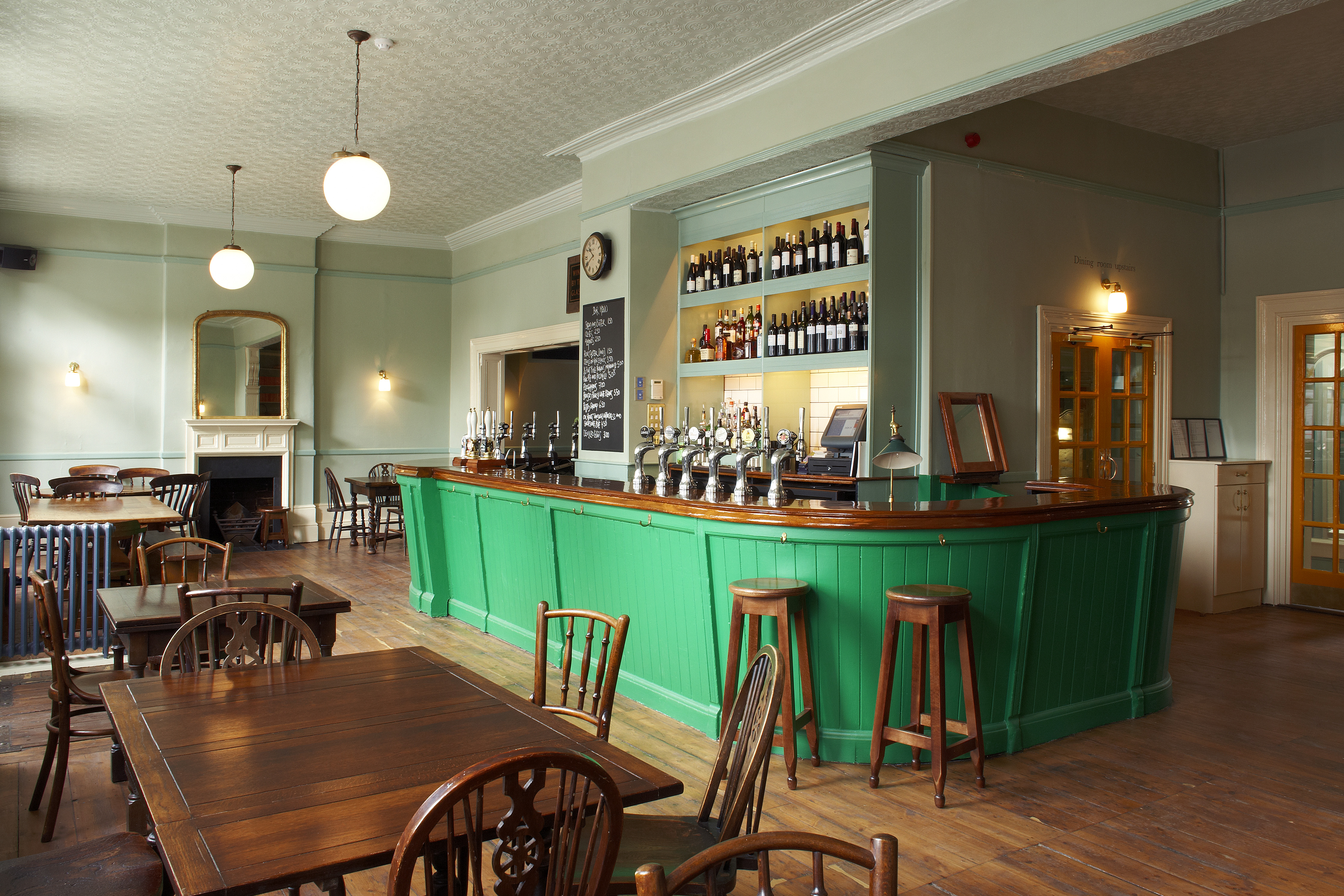 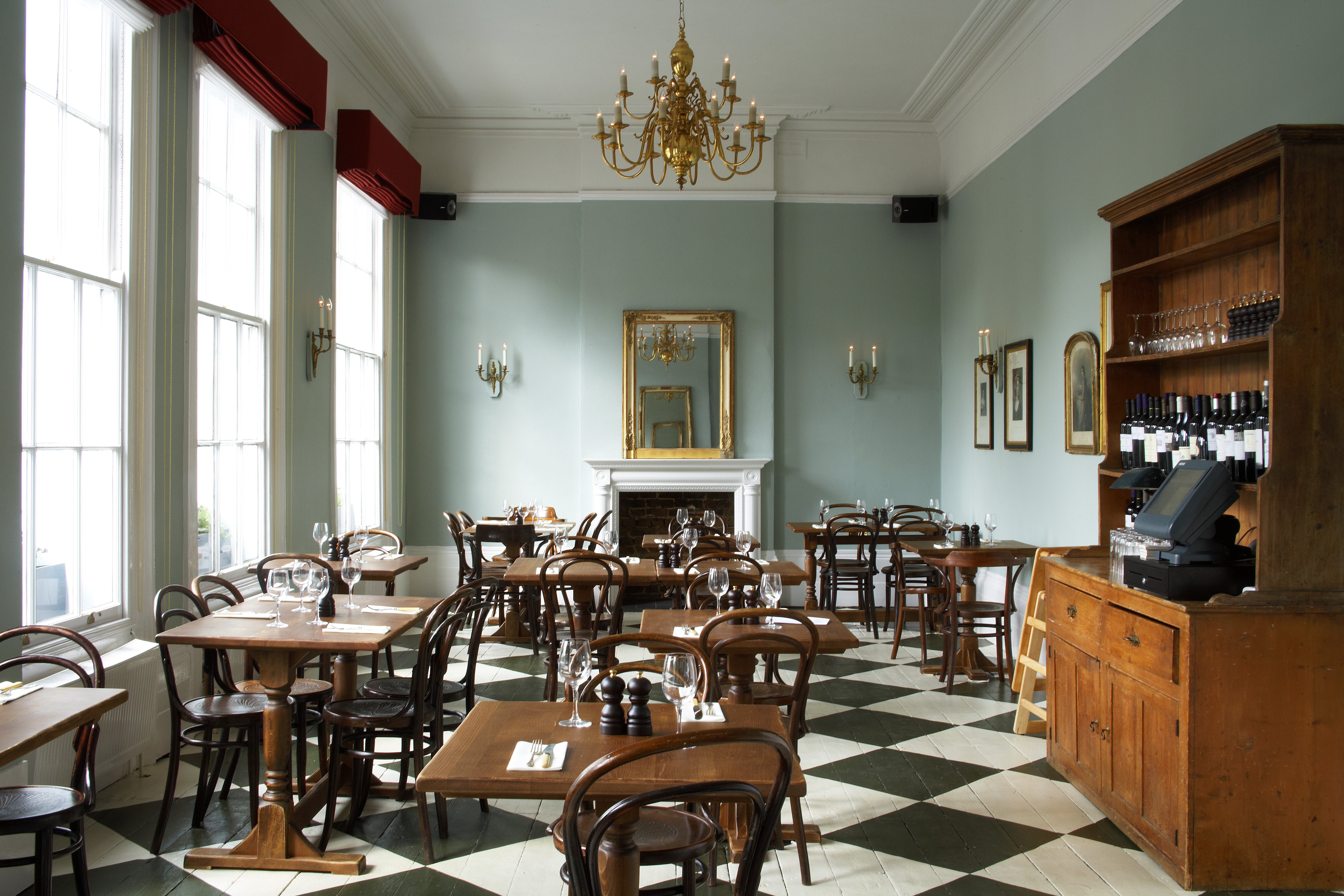 Marathon man, Nick Gibson revived one of Islington’s most respected boozers while having the foresight to begin purchasing wines en-primeur.

“I bloody love that people share knowledge, drink together and are kind and friendly, opening places like Noble Rot, The 10 Cases and Quality Wines to indulge and share their passion and enthusiasm,” says finance man turned gastro-publican, Nick Gibson. With Ben Maschler, the son of the restaurant critic, Fay Maschler, Gibson saved Islington’s handsome Drapers Arms from receivership a decade ago.

Adhering to the motto, “always raucous, always fun”, The Drapers Arms fast accumulated fame under Gibson’s tenure for his “Drink the List” showcases, “where we opened every bottle on the list and let everyone help themselves.” However, as the list grew, “with irreplaceable bottles too numerous,” such events could today prove ruinous. “Overall, the list gets longer,” says Gibson. “When I reorganised from a long list on price to groupings, it became apparent where there were holes, so fixing the lack of exceptional Loires has for example been work in progress – I may have some Domaine Clos Rougeard on its way.” A keen supporter of the South African wine industry, Gibson enriched the offer from the Cape, “including six Chenin Blancs, such as NAUDE, Patatsfontein and David & Nadia.”

With thanks to “excellent” suppliers, “especially Greg Sherwood MW at Handford Wines,” regular guests have learnt to look out for the Friday weekly mixed takeaway case to take away, which may include “curiosities – a comparison of reductive and oxidative whites – to the more prosaic, such as Tuscan Sangiovese.”

To drink in, “fair, cash mark-ups” are applied to carefully kept bottles such as Puligny-Montrachet, 1er Cru Les Folatieres, Gevrey-Chambertin Estournelles-Saint-Jacques, La Crouzille St Emilion and Podere Salicutti Montalcino. “Demand for higher-end wines has been greater than I anticipated years ago, so the challenge is keeping things hidden until the whole point of buying and keeping is actually delivered by an aged appropriate release.” Hence, 2012 Ornellaia “which may come out if 2011 goes.” Meanwhile, Gibson has “overcompensated by buying a lot more 2016, 2017 and 2018 Bordeaux, and filled my boots with 2018 Burgundy. So this should be a decent place to drink in 10-years-time when I shall be a Port-faced gammon drinking almost exclusively Claret.”

Alongside the alluring wine list, dishes by head chef, Luke Frankie may include a starter of mussels, nduja and fregola, then confit rabbit with cauliflower purée, oyster mushrooms, artichoke and runner beans. “He does an amazing fish stew and a sensational bone marrow mashed potato,” adds Gibson.

When not at the much-loved pub, and prior to breaking his foot, Gibson developed “a concerning marathon habit”, visiting châteaux, Leoville-Poyferré, Gruaud-Larose and Phélan-Ségur “who get extra points for serving Frank Phélan in glasses” during Bordeaux’s extraordinary Marathon du Médoc. Fortunately for Gibson, hangovers are rare, “although I am happy to pretend I have one as an excuse for a sausage and egg McMuffin.”

During the lockdown, Gibson, who spent the time on his own, began learning guitar. “And I confess I did a little wine shopping, some of which has already come onto the list.”

Adhering to the motto, “always raucous, always fun”, The Drapers Arms fast accumulated fame under Gibson’s tenure for his “Drink the List” showcases, “where we opened every bottle on the list in our upstairs dining room and let everyone help themselves.” However, as the list grew in stature, “with irreplaceable bottles too numerous,” such events could prove ruinous. “Although, now in our 10th birthday year, we will be doing some version of it, perhaps with my favourite wines from the decade,” says Gibson.

Gibson’s stable list shows curiosity, from although he says his only vinous expertise is, “in my considerable age and life-long enthusiasm for drinking wine with the help of our excellent suppliers – especially Greg Sherwood MW at Handford Wines.” In fact, regular guests have learnt to look out for a weekly mixed case to take-away, mentioned at the front of the wine list, “again from Handford” and adhering to a theme such as “terroir

To drink in, “fair, cash mark-ups” on carefully kept bottles such as rested Gravonia Rioja Blanco Crianza, Francois Cotat Sancerre, Château Poujeaux Moulis and Ornellaia, as well as two-decade-old Châteauneuf-du-Pape La Bernadine (Chapoutier) are informed by the pricing at furtive Soho staple, Andrew Edmunds, “which I aspire to one day being able to match.”

Rather than matching wines such as Watervale Riesling, Clos Clare, with dishes, such as starter of lamb heart with beef dripping pancake, pickled red cabbage, yoghurt and Sriracha, main of cod with spiced potatoes, spinach and curry butter, and black forest gâteau to culminate, Gibson prefers to allocate relevant wines to specific people. “I have matched Domain Trevallon, Leoville Poyferré, and a bottle from my secret stash of Mark Haisma to particular guests, resulting in fabulous evenings and treasured memories.” One wonders who would be accorded the canned wine spritzer which is also on the stock-list…

When not in his clearly beloved pub, Gibson enjoys eating and drinking in the park “with rough and ready food and exceptional wines that are probably too ‘good’ for the setting and probably not ‘ready’ – but I think drinking treats should be a frequent event and not saved for special occasions.” He has also developed what he deems “a concerning marathon habit”, coming 66th (of 8,500 participants!) in the 2018 Marathon du Médoc “with just three hours of sleep and a cracking hangover.”