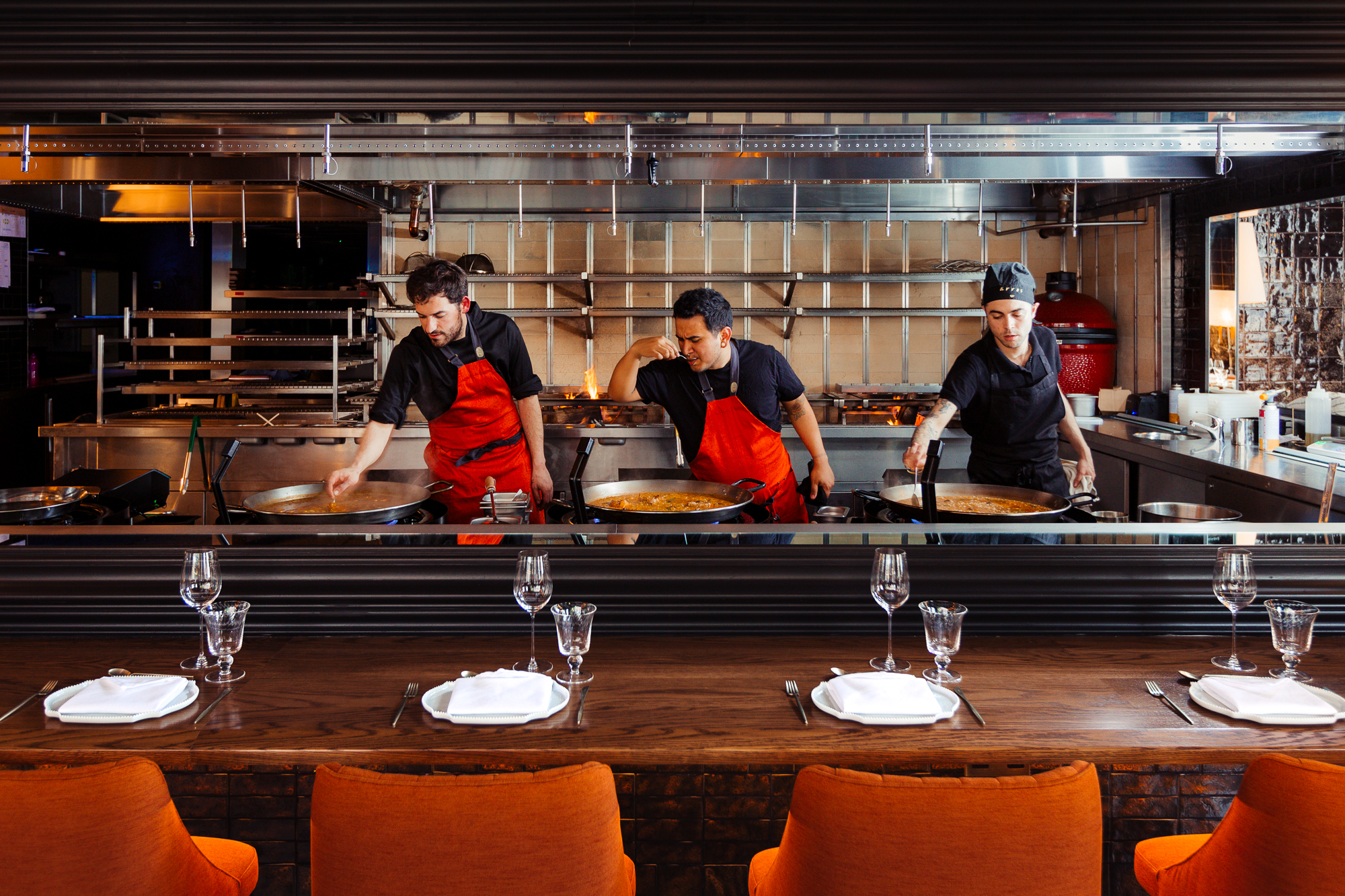 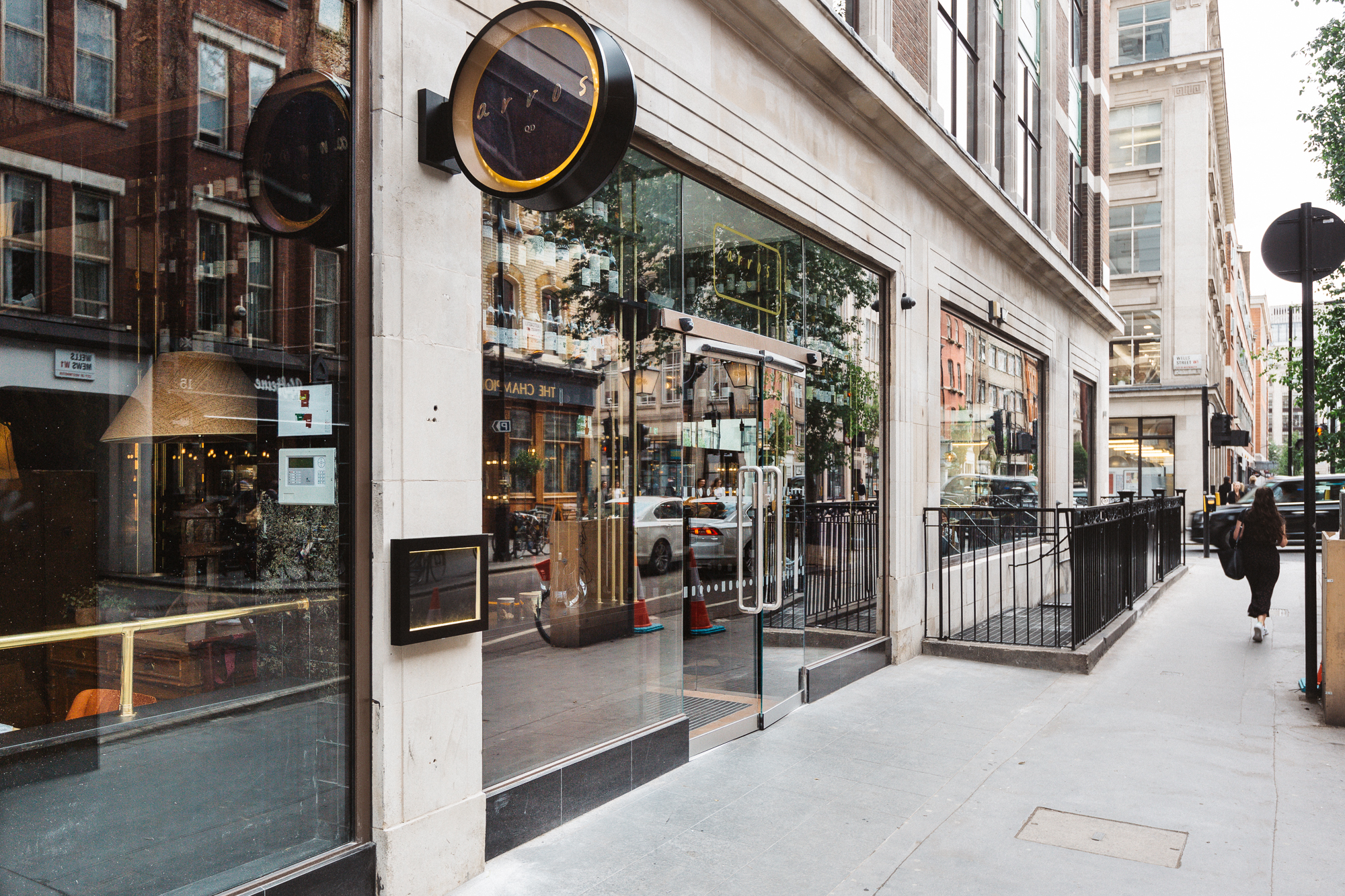 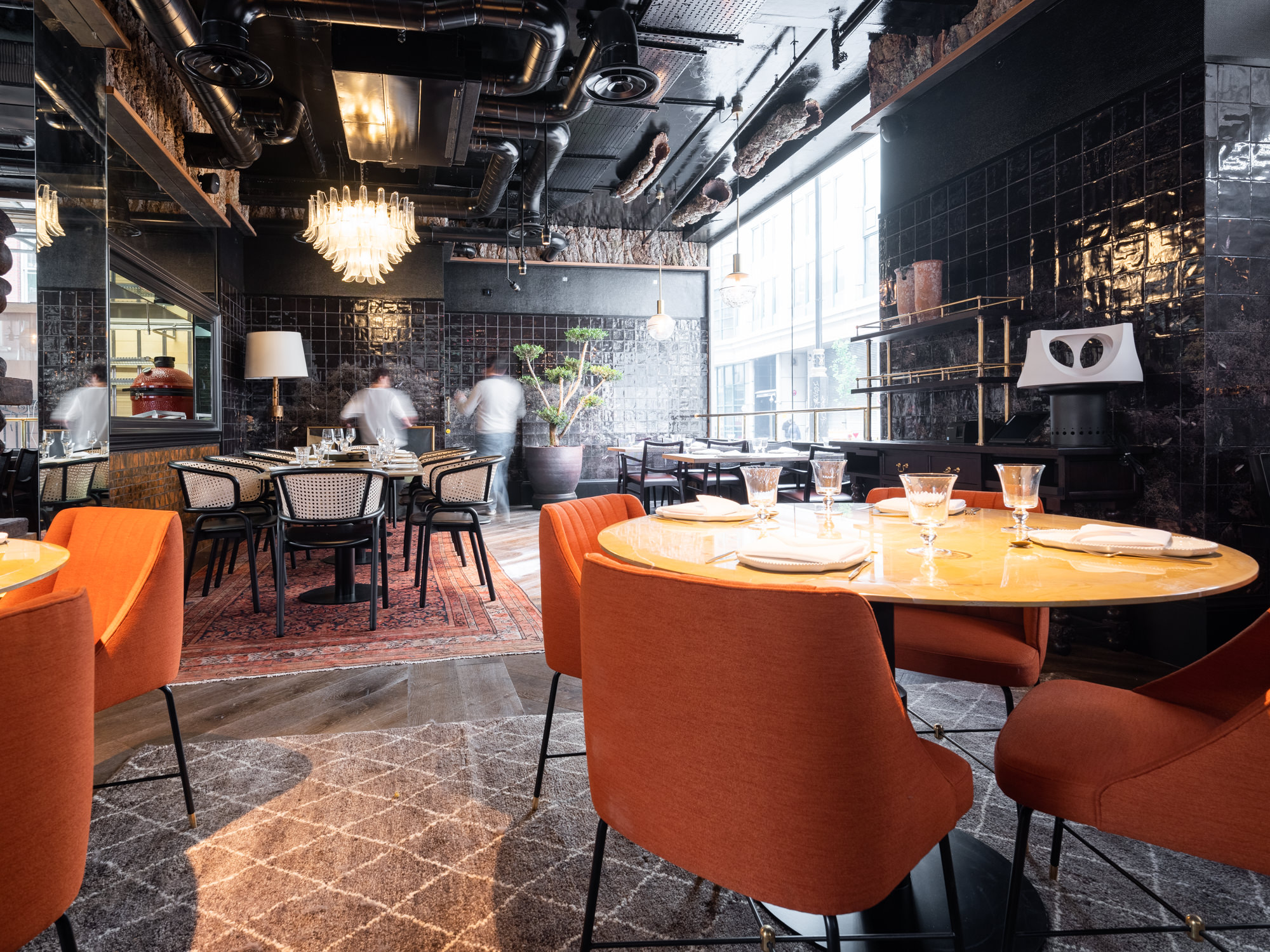 Featuring an open kitchen with views of the eight-metre flame grill and an immersive chef’s paella counter, ArrosQD celebrates rice and wine.

“Essentially we’re a fusion restaurant,” says head sommelier, Sergi Beneito, who has created a rich list paying tribute to the regions, “bathed by the Mediterranean Sea, from the Strait of Gibraltar to the Middle East.”

Beneito notes a lot of guests favour white wines with the rice dishes, such as, “with oak complexity,” the jasmine-scented, boldly-labelled, 100% Merseguera from Bodega Mustiguillo. Other highlights include, by the “12.5ml Angel Spoon”, Tokaji Eszencia (Disznókő) and the serious sparkling wines of Spain. Indeed, during the lockdown, Beneito hosted a Zoom masterclass for 20 guests entitled, “Bubbles Beyond Cava” showcasing the wares of members of the “Corpinnat” designation, Gramona and Raventós I Blanc, “to give an idea why they decided to come out of the Cava.” Needless to say, “there were lots of questions.” Elsewhere, expect bottles such as Nicolas Jay’s Oregon Pinot Noir from the section, “New World, other winds, other seas”. Beneito is also developing the list to embrace the grapes of the Mediterranean when sown elsewhere.

Sergi, whose family harks from close to Dacosta’s mothership restaurant in Denia, began as a commis sommelier at Maze (RIP) followed by head sommelier roles at The Crab at Chieveley (replete with hot tub gardens), Lime Wood, Angler at South Place Hotel and José Pizarro.

When not at the restaurant, Beneito cycles some 50 miles a day with his nautically-inclined friend from Enfield.

Of the current climate, Beneito notes, “we need to get creative – wine is one of the most profitable sides of a restaurant so we need to make our place a wine destination and slowly put prices down a few per cent so guests take a bottle instead of two glasses.”