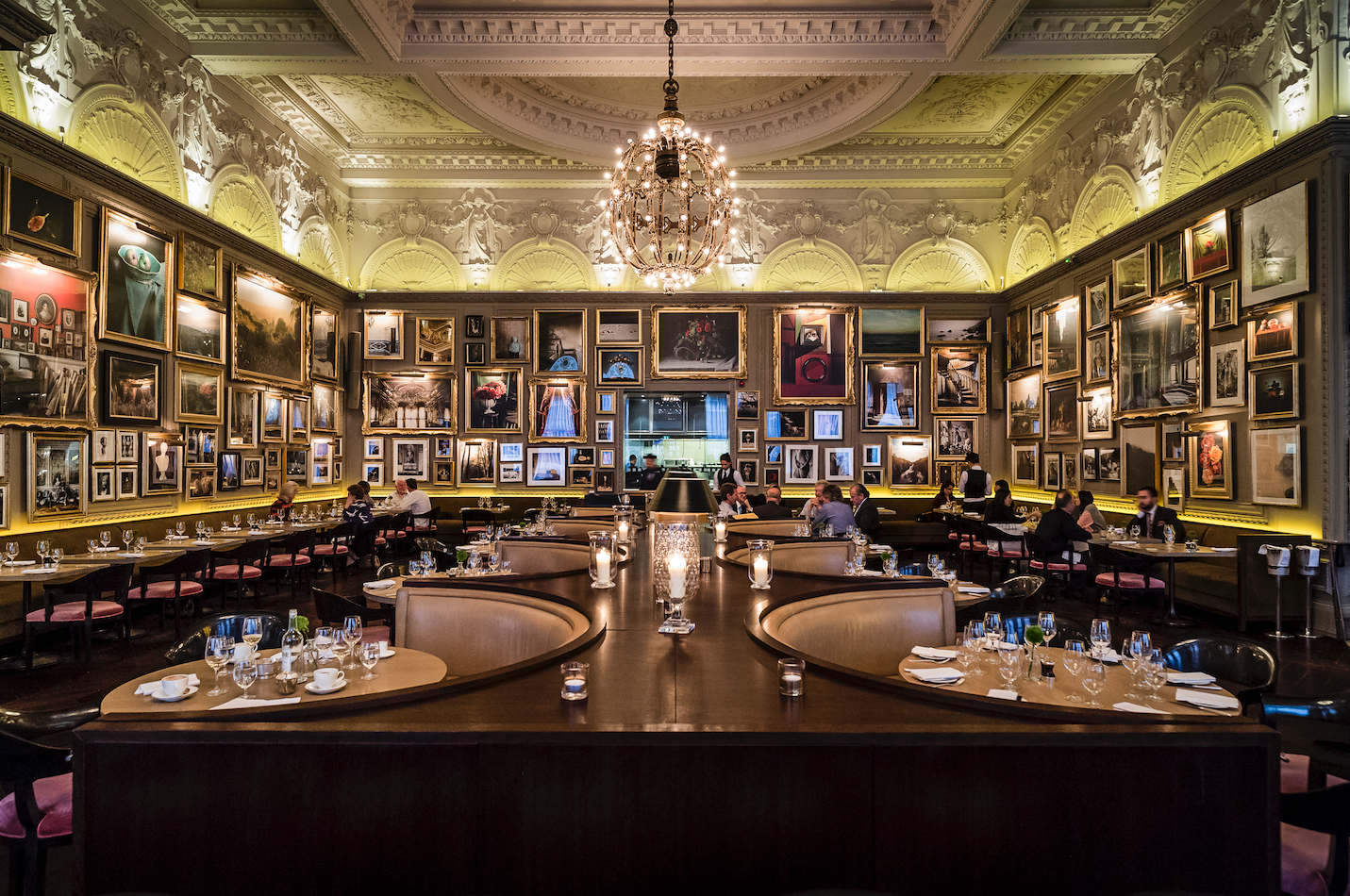 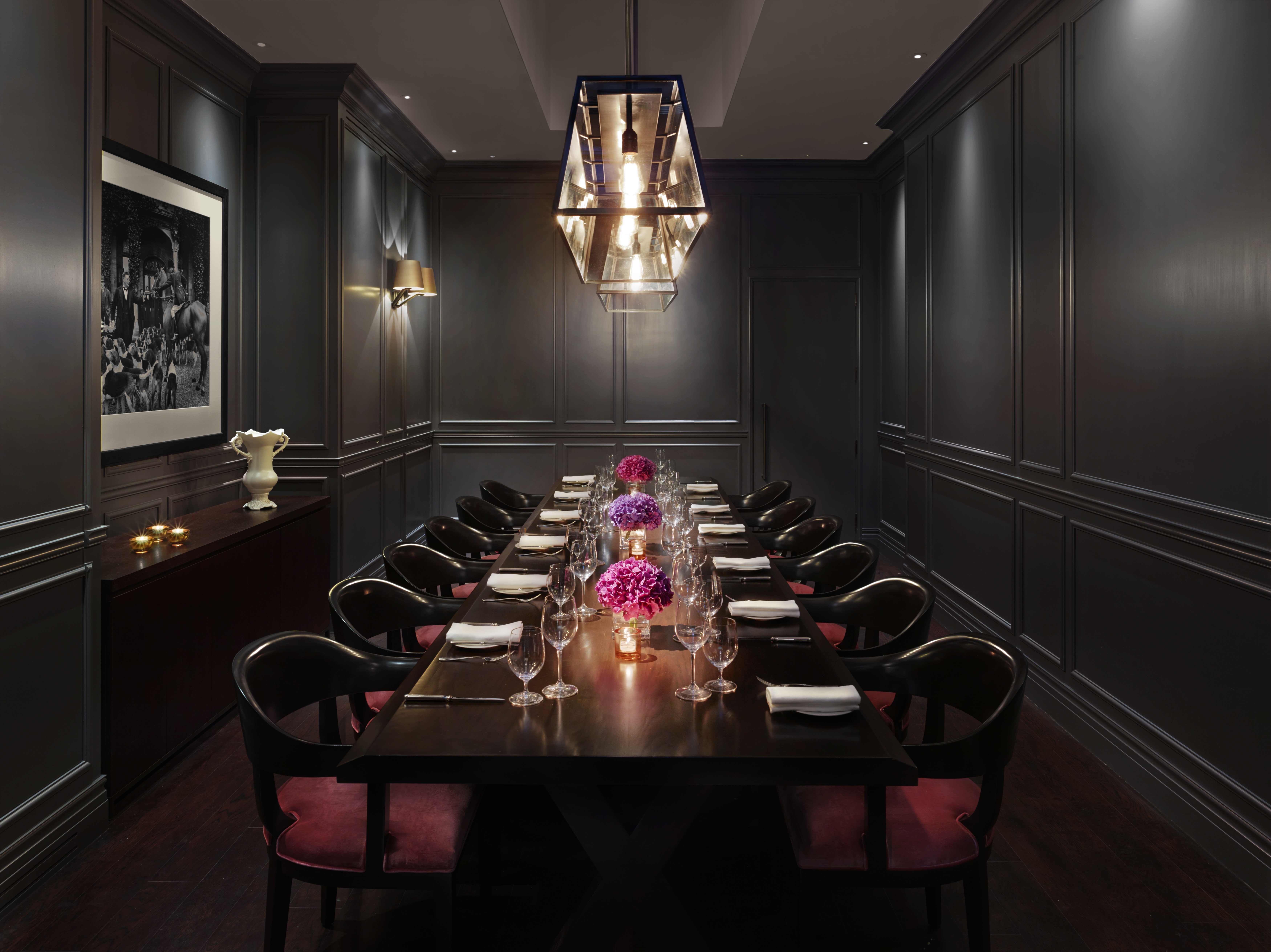 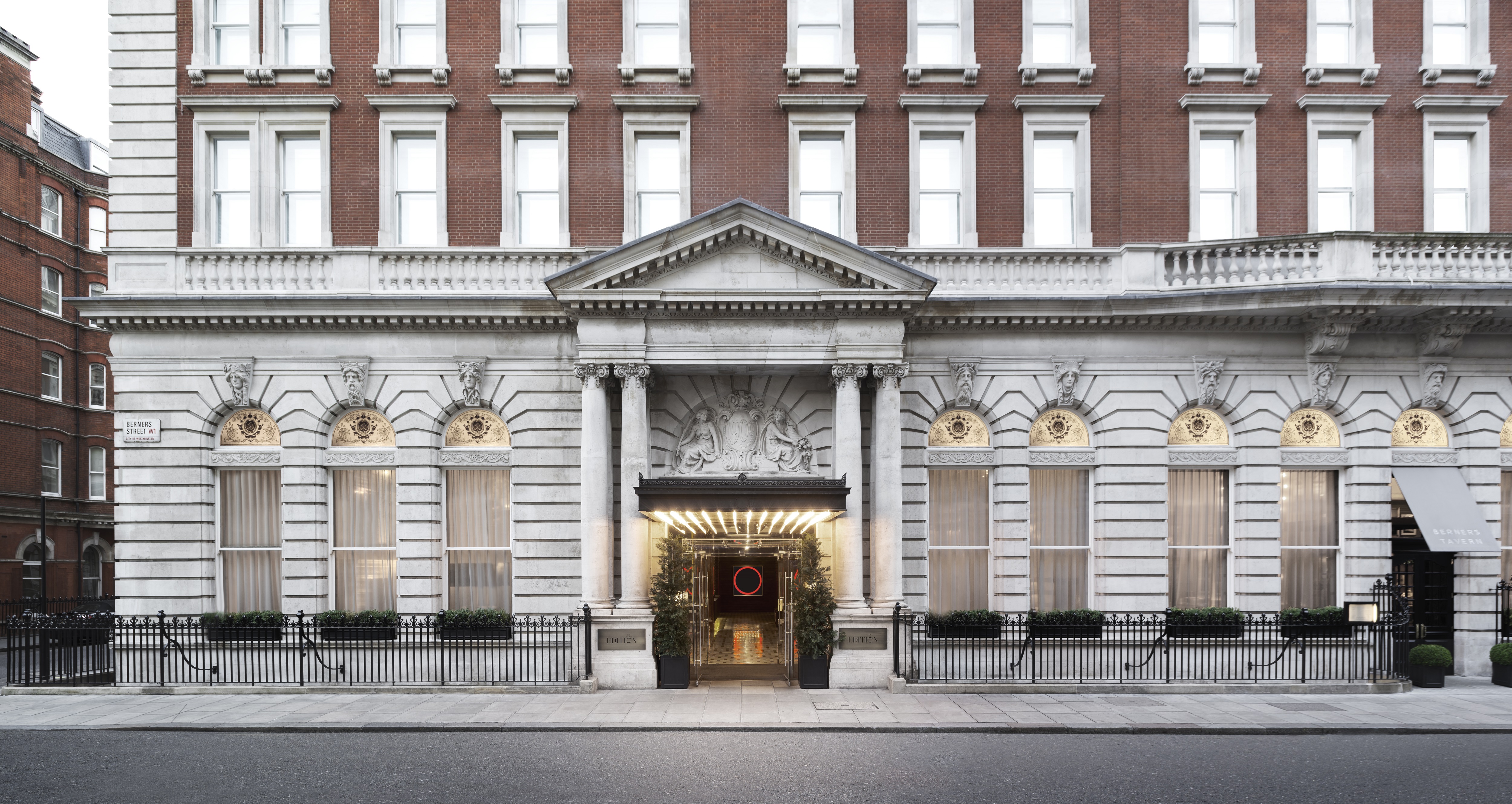 Matteo Montone delivers “a classic wine list with accents of organic, natural and unusual countries” within the dramatically ornate Berner's Tavern dining room, a palace for the people.

Urged by his wife to do so, Matteo Montone attended and won the Chaîne des Rôtisseurs Best Young Sommelier in the World in South Korea just six days before the birth of his daughter, Gioia. The Milan born Montone had already scooped Best Sommelier at the GQ Awards months before, attending the ceremony with the head chef of Berner’s Tavern, Phil Carmichael – who also visits English wineries with Montone.

At Berner’s Tavern, which has such a compellingly ornate ceiling that diners ought to be given mirrors to prevent neck strain, the Director of Wine aims “to provide good wine for everybody,” hence the conscious decision to include a wide array of affordable bottles as well as offering them the opportunity to learn more formally about wine.

Since joining the London Edition in 2017, Montone, who previously worked under Giovanni Ferlitto at The Ritz, has expanded the selection from 250 wines to 900 references including large formats. He oversees eight sommeliers who deploy core cuvées of Champagne to 130 diners via two trolleys, “to ensure they have Champagne within two minutes of sitting.” Sparklers include the Ruinart range, three Dom Pérignon P2 releases by the glass preserved under the Genii system, and Steven Spurrier’s Bride Valley from Dorset.

With the design of the layout approved by the Edition’s brand team in New York, Montone’s list is inquisitive, touching China, England, India and Switzerland – including a white Merlot by Paolo Basso, the world’s best sommelier from 2013 – alongside big gun Bordeaux such as Haut-Brion 1966, often calmly priced Burgundy and a page honouring the venue’s friendship with Trimbach of Alsace.

New for 2020 are decanting stands which bring the more intricate aspects of wine service closer to guests. Montone, who is continually “trying to find space for a bigger cellar,” is also keen to educate guests via pre-dinner “how to taste” sessions in the upstairs private room, as well as offering more structured learning should they wish to attain level one of the Wine and Spirit Education Trust.

As the Edition opens new hotels in Reykjavik, Rome and Milan, Montone vows never to cease to lose focus on London, which he calls “the premier league of wine.” He will also be participating in the next UK sommelier of the year competition while studying towards becoming a Master Sommelier.

Director of wine, Matteo Montone, named Chaîne des Rôtisseurs GB Young Sommelier of The Year, diverted from a career in tourism to wine after tasting a Vino Nobile di Montepulciano – Avignonesi Grandi Annate 1997. The now very much acclaimed sommelier earned his spurs at The Ritz, Locanda Locatelli and Aqua Shard, before taking his skill set to the art-swathed Berners Tavern, a galleried, “wow” factor dining room.

Montone oversees eight sommeliers, deploying two trolleys afloat with Ruinart Champagne and 20 varieties of sweet and fortified wines apiece, perhaps including 1964 Henriques & Henriques Sercial. In fact, 70 wines are available by the glass, such as Nicolas Joly’s Coulée de Serrant, Esoterico, which is an Australian orange wine (Unico Zelo), and even Masseto. Despite proclaiming a dislike for Sauvignon Blanc, it’s still possible to get a glass of Sancerre, though – albeit at a premium.

Montone increased the breadth of labels substantially over the past few years, making Berners Tavern a grand destination which is, for wine lovers, more than skin deep. Reaching back to 1989 Clos Sainte Hune, the Trimbach Alsace selection is notable, as are offerings from Italy including ample Barolo and Super Tuscan collections, mini verticals of Bordeaux, including Cos d’Estournel, and a head-turning line-up of North American labels. England also gets representation in the form of Hattingley Valley, Bride Valley (wine of Stephen Spurrier), Gusbourne, (including their still, barrel fermented Chardonnay) and Nyetimber “I’ve found guests are more interested, and more informed about, English sparkling wines – we’re expanding our selection.”

Overseen by Jason Atherton and realised by Cowbridge born Phil Carmichael, a former BBC Great British Menu ambassador for Wales, dishes are big on flavour and may include aged Buccleuch estate beef tartare with egg yolk jam, chicken schnitzel, or slow-cooked shoulder of Herdwick lamb with sugar snaps, peas and broad beans, roasted wild mushrooms and mint sauce – a dish Montone previously paired with 1994 Mount Edelstone Henschke. “The body and tannins of the wine compliment the texture of the dish, the flavour profiles of the wine work well with the flavours.” Montone also rates Langhe Nebbiolo “with anything white truffle-related.”

Montone politely describes London as “wine capital of Europe – it feels like playing in the premier league,” a City in which he has met A-lister guests such as Rod Stewart, whom he calls “the funniest guest I’ve ever served.”

Recently garlanded as one of the top four sommeliers in the UK by esteemed and active international culinary society, Chaîne des Rôtisseurs, head sommelier, Matteo Montone previously worked at The Ritz and Locanda Locatelli. At the art swathed Berners Tavern, which remains one of the most breathtaking dining rooms in the capital, he deploys a list celebrating the New World, particularly so California (Caymus, Insignia, Opus One) and Australia (Cullen, Grosset, Henschke), while maintaining a steady hand on the classics, including flights of Vega Siclia, Sassicaia, Barbarescos and Barolos, and renditions of top-tier Burgundy and Bordeaux.

Montone has increased the breadth of labels substantially, making Berners Tavern a grand destination which is, for wine lovers, more than skin deep. ‘In April 2017, we had 320 wines on our list; now we have 800,’ he says. That figure includes home-grown Hattingley and jeroboams of chic Franciacorta, Ca’ del Bosco, alongside a handful of grower Champagnes, rarities such as 1970 Dom Pérignon, and a back catalogue of Ruinart, including big bottle format. Indeed, Montone recalls the private dinner held at the venue for Frieze. ‘Guests had been to preview the Frieze Sculpture during the day then came back to Berners Tavern to experience a dinner paired with Ruinart, including Dom Ruinart 2006. A special evening blending art and Champagne…’

Overseen by Jason Atherton and realised by Phil Carmichael, a former BBC Great British Menu ambassador for Wales, dishes are particularly wine friendly, and may include pork pie served table-side, roast Dover sole on the bone, chicken schnitzel, and caramel apple éclair with Calvados cream, possibly with a glass of Moscato d’Asti (Contero).