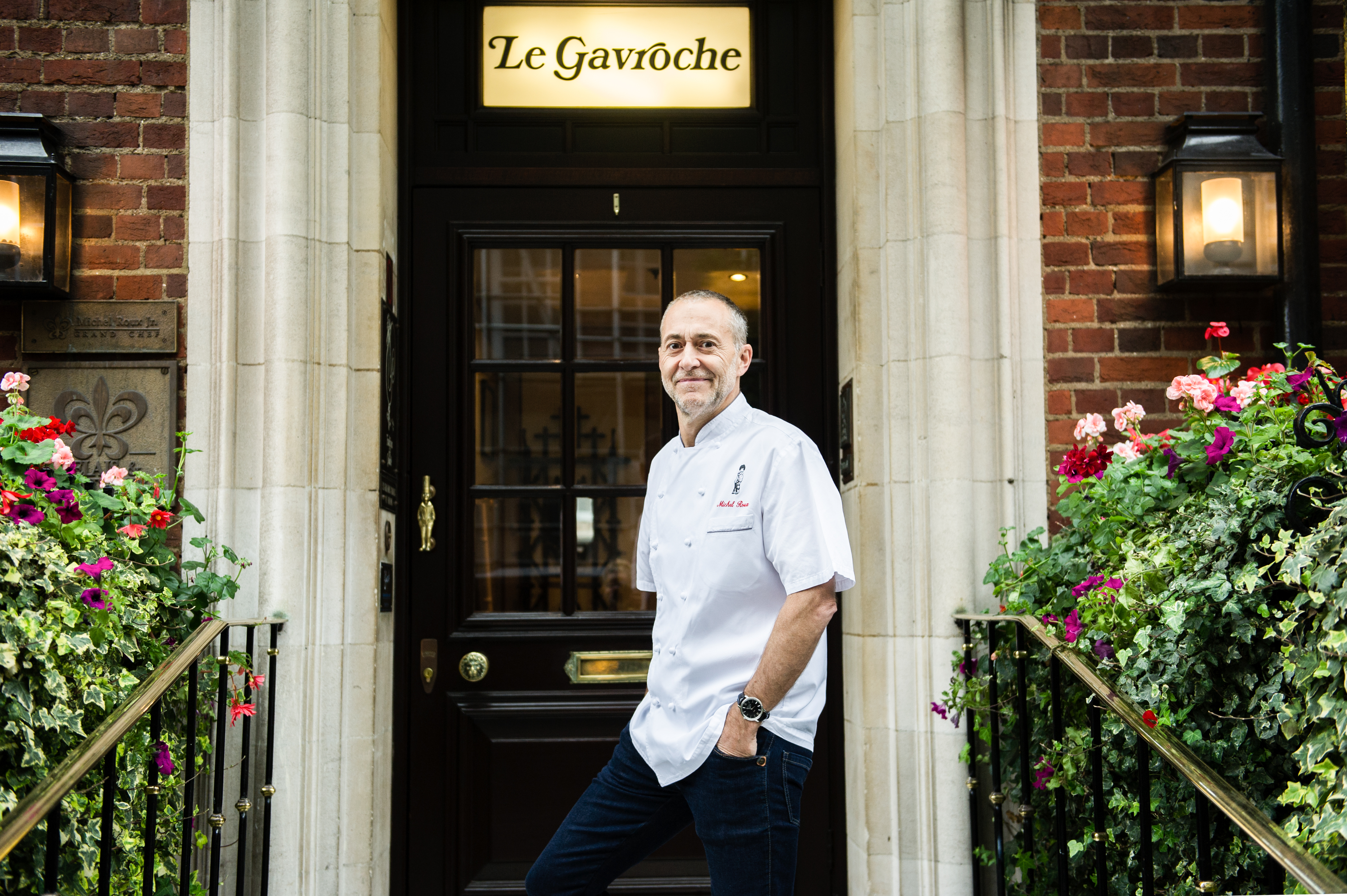 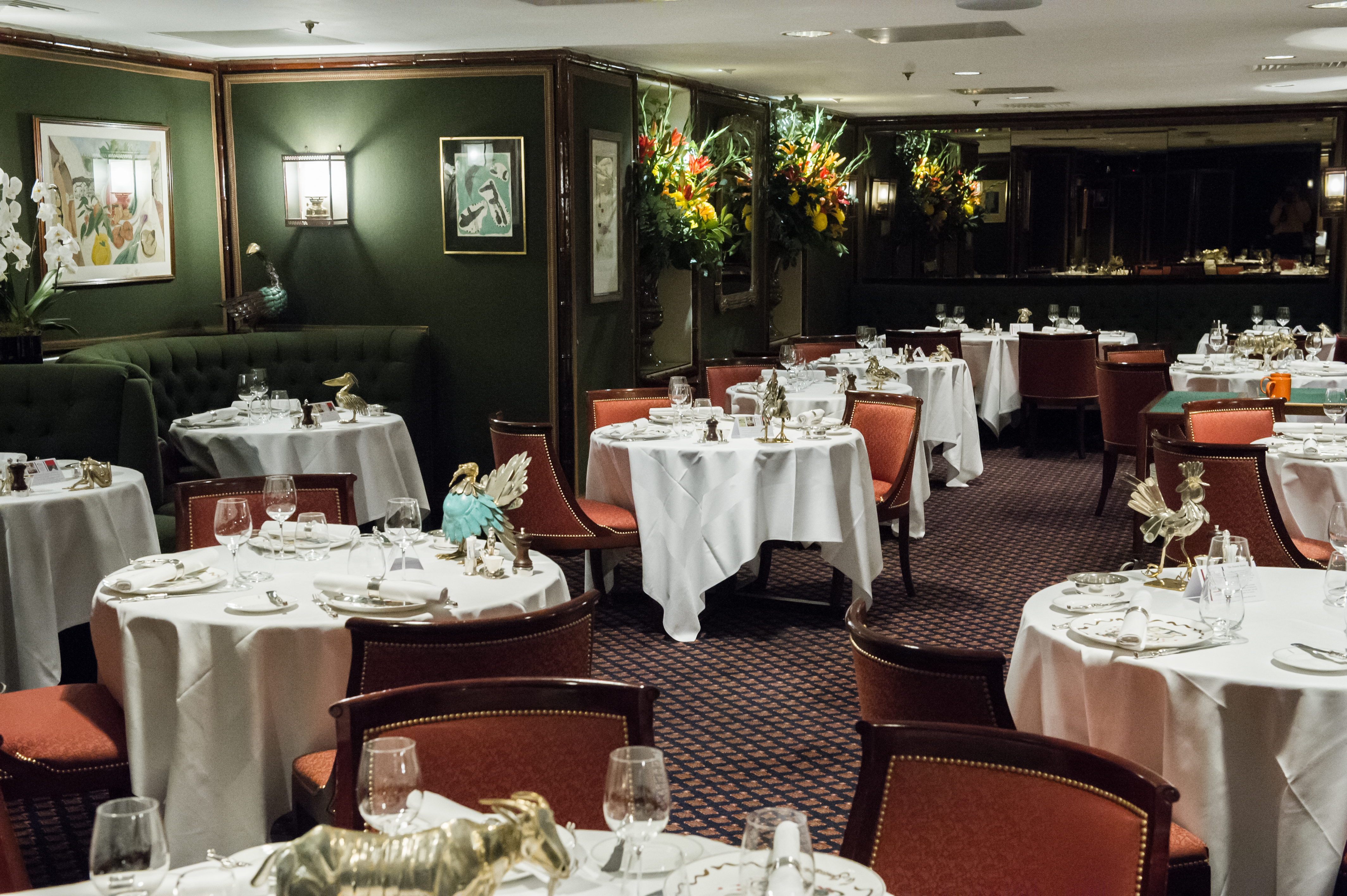 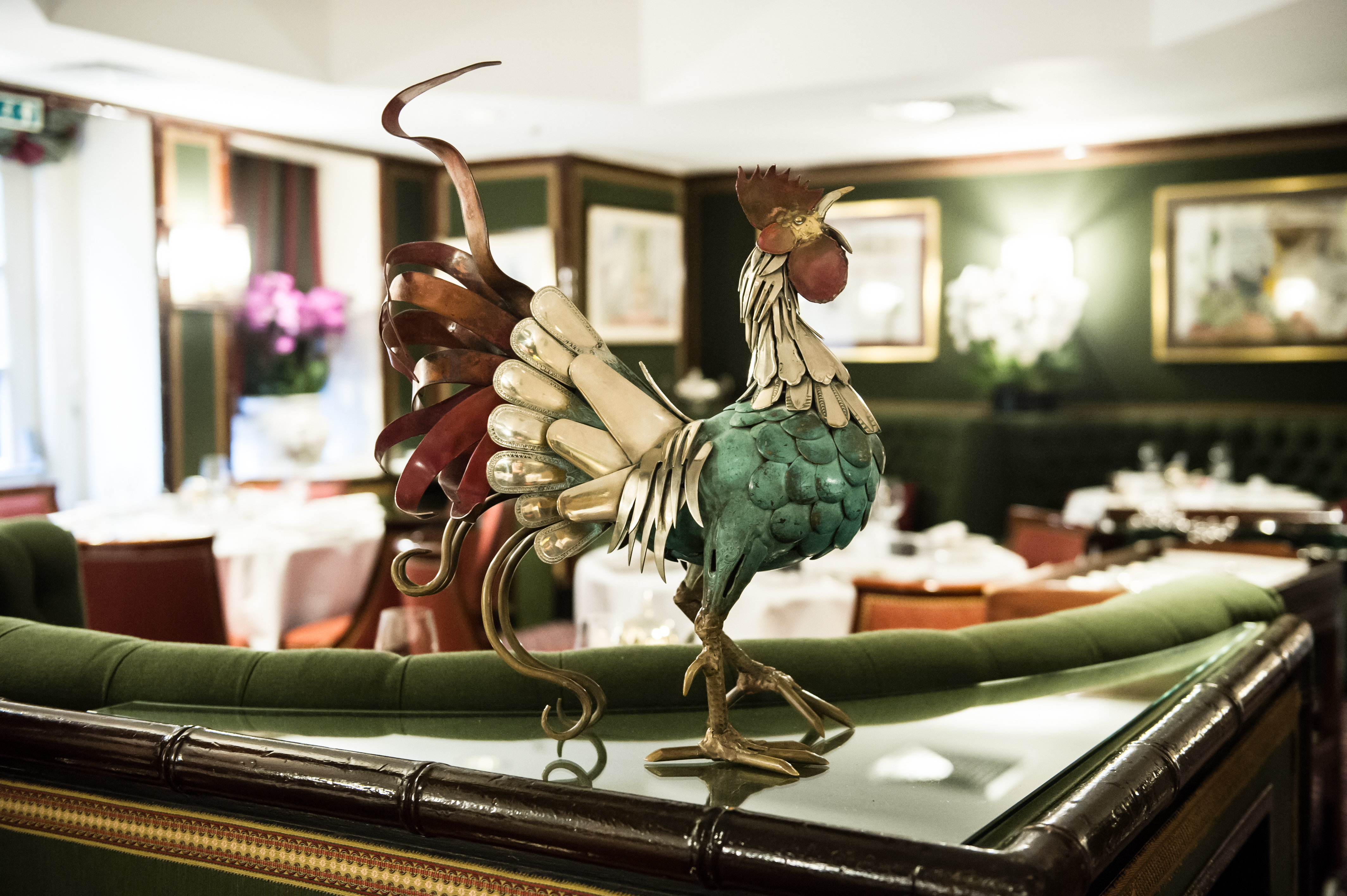 “With our wine list, everything is possible!” says head sommelier, Rémi Cousin of the venerable offer at the Mayfair restaurant - at the top of its game for over 50 years.

Until March 2020, Michel and Albert Roux’s culinary French flag-bearer hadn’t missed a day’s trading, even during the relocation from Lower Sloane Street to Upper Brook Street. It became the first restaurant in the UK to receive a Michelin star in 1974, rising to three in 1982; today, it holds two under the tenure of Albert’s son, Michel Roux Jr, who added a bijou chef’s table during a subtle redecoration.

Now in his third year at Le Gavroche, head sommelier, Rémi Cousin, began his career at Paris’ Le Meurice, moving to Hotel du Vin, York then Bristol, before joining The Fat Duck in 2008, where he worked for eight years.

Running to over 2,500 bins accommodated wherever space allows, including the alcoves beneath the Mayfair pavement, the list predominantly holds a torch over ready-to-drink icons of L’Hexagone with well-picked incursions into Italy and Australia. Flights include Mas de Daumas Gassac, Grange des Pères, Hermitage Chave, Romanée-Conti and Taittinger Comtes de Champagne. Recently, Cousin increased the offer from “the very much under-rated regions” of Alsace for its grand crus, and the bounteous Loire.

Take note, Cousin recently created a special selection of 100 wines subject to a minimum 50% discount “You can find wines which are intriguing or grand such as the Château Latour 1999 which was £1000.00 and is now £475.”At £76, the set lunch, inclusive of half a bottle of wine (beer is also available), mineral water, coffee and petits fours continues to offer benchmark value for a restaurant of this calibre, longevity and international repute, with vinous options including a Côtes du Roussillon Villages collaboration.

Cousin takes time to calibrate wine and food matches such as the hazelnut-crusted venison loin with juniper infused jus and parsnip cake, “which paired exquisitely with the juicy and fruity character of Ladoix red, Domaine Chevalier.” Another match is seared scallops with pumpkin, chestnuts and cumin-scented sauce with what Cousin calls, “a slightly controversial wine here at Le Gavroche.” Hence, Yangarra Estate Vineyard “Roux Beauté” Roussanne from McLaren Vale brings “harmoniously respects the soft flesh of the scallops.”

And to finish? “The other day a table of three asked me how to end on a high and I suggested Vieux Chateau Certan 2007 which, as far as I am concerned, has it all!”

During the lockdown, Cousin performed wine tastings on Zoom for his team and indeed guests.

Outside of work, Cousin manages to conduct a varied life outside of work, including go-karting, paintball, and playing and watching football and rugby.”

Michel and Albert Roux’s famous culinary bearer of the Tricolore opened in 1967 on Lower Sloane Street and relocated in 1981 to Upper Brook Street without losing a day’s trading. It became the first restaurant in the UK to receive a Michelin star in 1974, garlanded with three stars in 1982; today, it holds two under the tenure of Albert’s son, Michel Roux Jr, who added a bijou chef’s table.

Le Gavroche has had a huge influence on the quality of food in London through a myriad of chefs who worked in the kitchens of this talent, including Monica Galetti, Rowley Leigh, Marco Pierre White, Marcus Wareing, Gordon Ramsay and Michel’s daughter, Emily who recently opened Caractère, Notting Hill with her partner, Diego Ferrari who was Head Chef at Gavroche for three years.

Head Sommelier, Rémi Cousin, joined in January 2017, having begun his career at Paris’ Le Meurice, moving to Hotel du Vin York then Bristol, before joining The Fat Duck in 2008, where he put in eight years.

Running to 2,500 bins secreted wherever space allows, including the alcoves beneath the pavement, the list predominantly holds a torch over ready-to-drink icons of France from the ultimate years, with well-picked incursions from Italy and Australia.

At £73, the set lunch, inclusive of wine and water (and from this summer, beer) continues to offer benchmark good value for a restaurant of this calibre, longevity and international repute, with options perhaps including Austrian Grüner Veltliner (Domaine Wachau), Côtes du Roussillon Villages “Le Gavroche” (a collaboration between two Michels: Michel Chapoutier and Michel Roux Jr) or Domaine Chevalier Côte de Nuits-Villages.

Cousin greatly enjoys calibrating wine and food matches. “And even after all this time, we can have some very good surprises, such as Kit’s Coty English Bacchus (Chapel Down) which brings a delicate freshness to beetroot marinated trout with sesame purée and monk’s beard, lifting the dish’s vegetal notes.”

Cousin, who recalls the oddest question asked by a customer, which was, “is the hole at the bottom of a bottle related to quality?” manages to conduct a varied life outside of work. When not sleeping in come Sunday, you may find him at a restaurant “with my girls, who are real foodies,” he says. He also enjoys go-karting, paintball, and playing and watching football and rugby. Cousin also gets a lot out of travelling to meet wine producers, including a recent visit to Alsace, “the only region which can offer Grand Crus under £100,” he says, “and the wines pair spectacularly with food.”

Michel and Albert Roux’s famous French flag bearer opened in 1967 on Lower Sloane Street and relocated in 1981 to Upper Brook Street without losing a day’s trading. Before it, London’s scorecard of Michelin-starred restaurants read, ‘nul points.’ It became the first restaurant in the UK to receive a Michelin star in 1974, with three stars awarded in 1982 – it currently holds two under the tenure of Albert’s son, Michel Roux Jr. In 2007, it made the Guinness Book of World Records for serving the most expensive meal per capita when a table of three spent $20,945 on one meal, including six bottles of wine. With approaching 20 bottles costing in excess of £10,000, including Lafite 1887 at £14,200, Romanée Conti 1999 at £15,850, and Chateau d’Yquem 1849 at £21,995, it is possible to see how the giddily prosperous could enrich their palates. Ironically, in November 2016, the restaurant, which takes the name of a fictional street urchin, made headlines when it emerged some workers were paid less than the minimum wage, although they subsequently committed to remedying that rather sad scenario.

Even if you haven’t been, you will likely have felt its influence through the myriad of chefs who worked in these kitchens, including Monica Galetti (now of Mere), Rowley Leigh, Marco Pierre White, Marcus Wareing and Gordon Ramsay. In his first autobiography, ‘Humble Pie’, Ramsay wrote: ‘I know of at least one chef who used to sleep in the kitchen, Sunday nights, so he was ready for the next morning. That’s how the regime affected you if you weren’t on top of things…’

Head Sommelier, Remi Cousin, who is studying for the Master Sommelier exam, joined Le Gavroche in January 2017, having began his career at Paris’ Le Meurice as trainee sommelier, moving to the Hotel du Vin York then Bristol, before joining Heston Blumenthal at The Fat Duck in 2008, where he worked for eight years. Cousin won the Chaine des Rotisseurs UK young sommelier award and holds the title, Advanced Sommelier from The Court of Master Sommeliers.

Unsurprisingly, Le Gavroche specialises in the classic regions of France, particularly Burgundy and Bordeaux, with a maximum 100 of the 2,500 bins harking from outside France. These may include Chapel Down’s Coeur de Cuvée (at close to £300), South Africa’s Vin de Constance by Klein Constantia, a version of which Napoleon drank in lonely exile, perhaps partnered with Pear Tart Tatin, and, from the Crimea, Massandra Collection ‘Red Port’ 1847 (£9,050). During his tenure, Cousin has doubled the number of Australian wines offered, including Tapanappa’s Whalebone Vineyard, and recently introduced an Austrian wine.

Cousin favours stocking formats and vintages which are only available from Le Gavroche.

Relative bargains include Didier Dagueneau’s Silex, made in the lifetime of the wild man of Pouilly. There is also an enticing vertical of Mas de Daumas Gassac.

This year, the Michelin-starred Le Gavroche celebrates 50 years in business. Unsurprisingly, the stalwarts of Bordeaux and Burgundy are given major coverage with plenty of properly mature vintages, if you have the luxury of wading into these.

There are plenty of good value options among the icons on the list, such as vintages of Le Soula Rouge, Pinot Gris from Leon Beyer and Vouvray Sec from Loire growers Catherine and Pierre Breton. The set-lunch deal (if you can get in) offers half a bottle of wine – the most frugal way to enjoy the Le Gavroche experience.