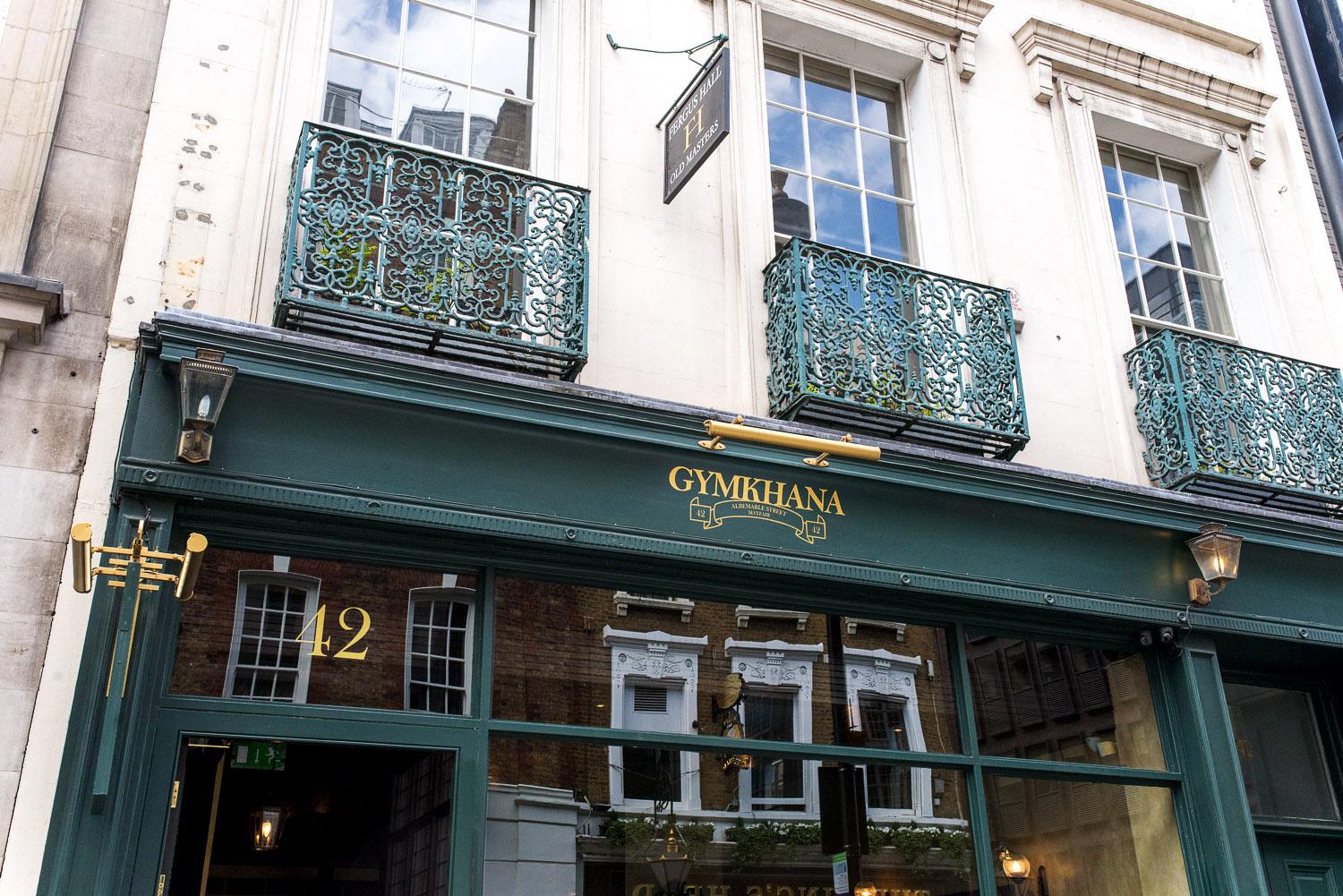 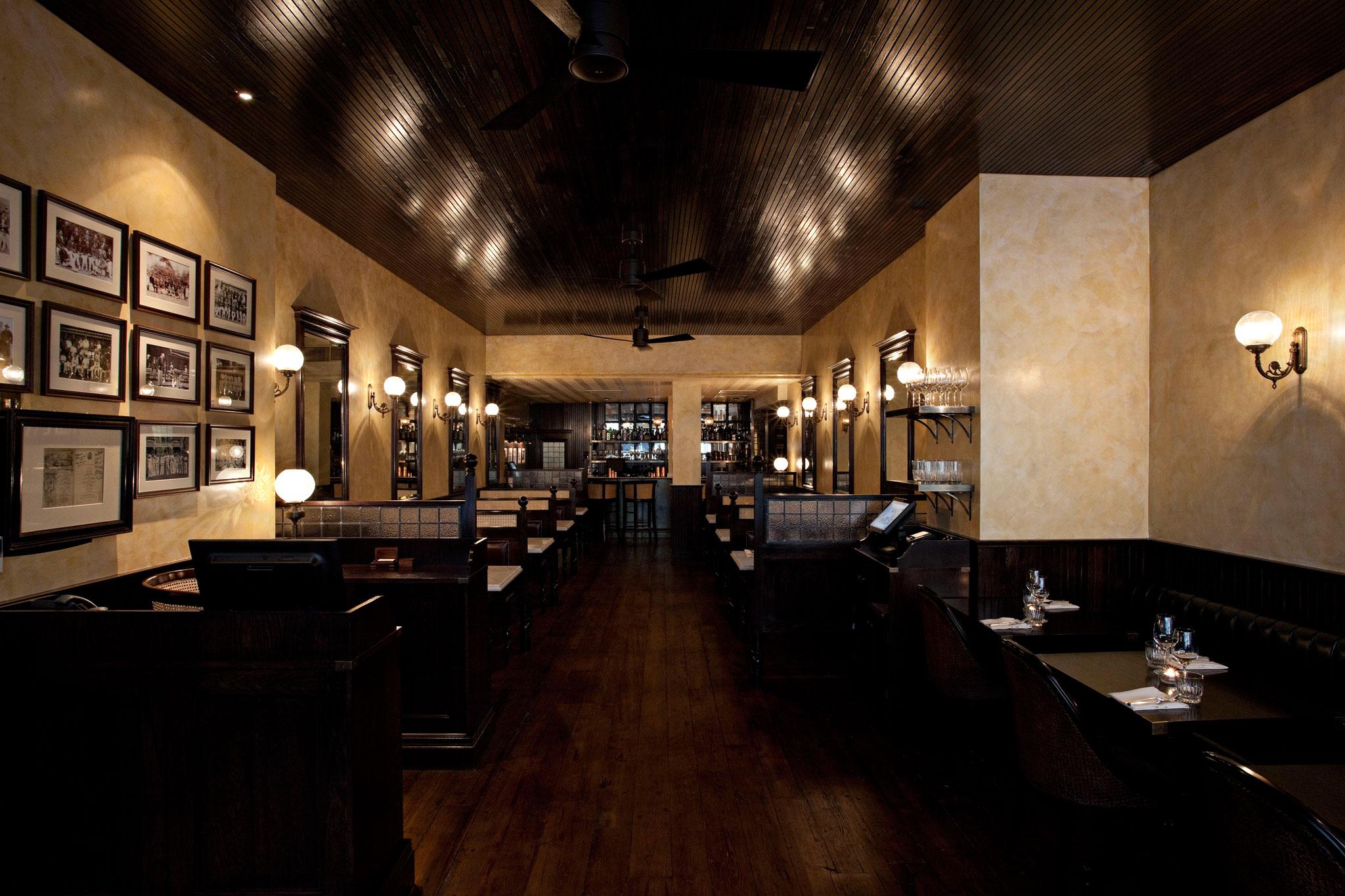 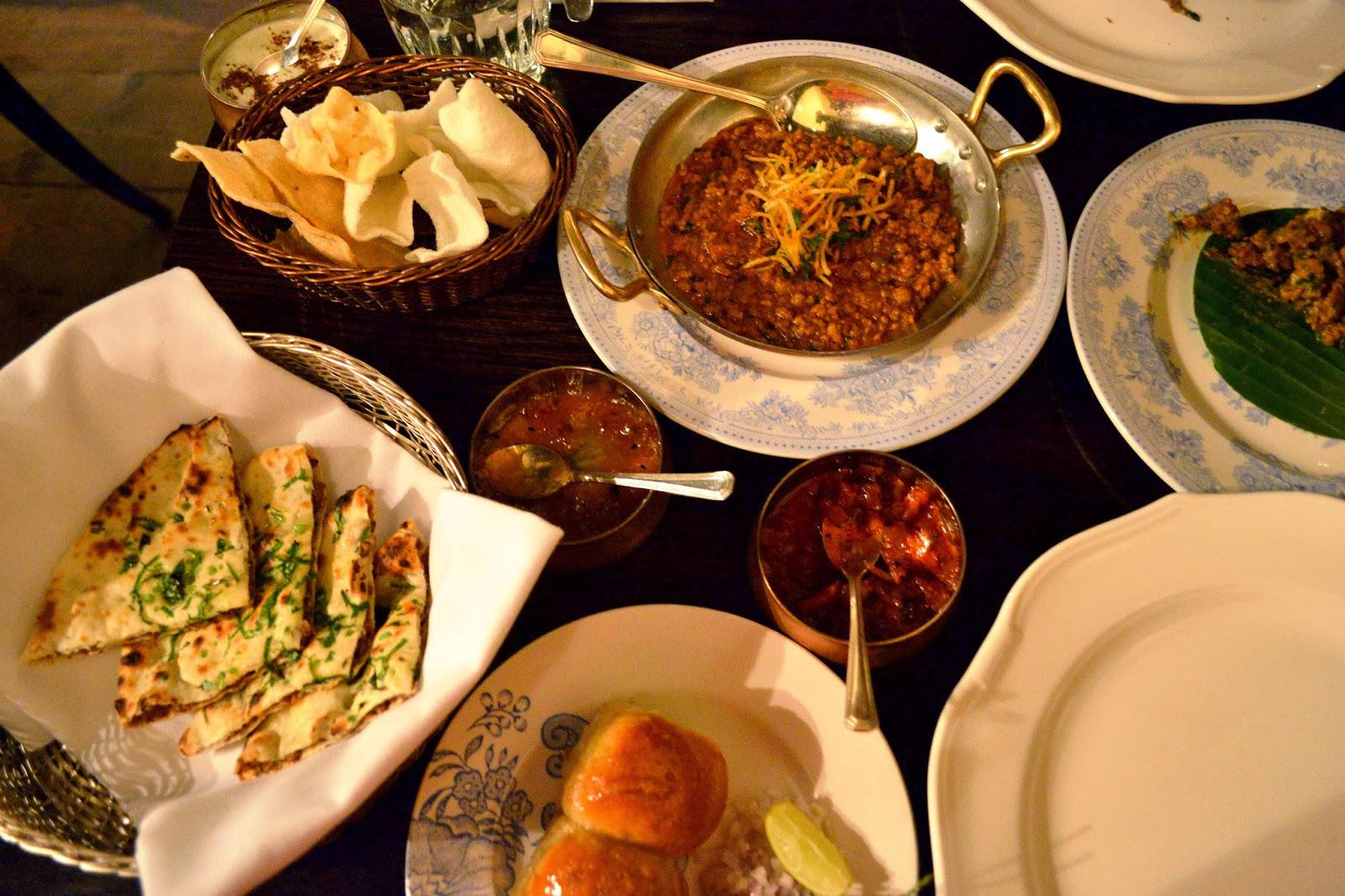 The Michelin-starred Gymkhana, which unravels over two floors has been re-launched with a broader list and more glamorous interior.

His first hospitality role was at Lake Vyrnwy, a timbered hotel built by a reservoir which supplies water to Liverpool and the Bombay Sapphire distillery. The first wines he encountered included an enigmatic 1970s Viña Tondonia and 1er Cru Etienne Sauzet (costing just £28!) Seeking more stimuli than the solitudinous Vyrnwy, Radosav segued to Glyn Purnell’s then recently Michelin-starred restaurant, Birmingham while still pursuing technical roles in the auto industry. Restaurant life held a greater attraction, though, allowing him to study wine. “Two adventurous years followed”, he says, including the panoramic flagship restaurant, Al Muntaha at Dubai’s ‘seven-star’ Burj al Arab. “A money factory with 12 sommeliers, we opened Mouton, Latour and Sassicaia in the same service…” However, with eyes on becoming an advanced sommelier, Radosav would make London his home. “I was luckily be accepted at Dinner under Stefan Neumann MS.”

To explore non-Western cuisine, Radosav subsequently accepted restaurateur, Sunaina Sethi’s invitation to work at Mayfair’s Gymkhana. “I could challenge the preconception that wine doesn’t work with Indian food.” In the colonial-style dining room, he asks guests questions, suggesting uplifting Austrian Grüner Veltliner instead of lager, Swiss Sauvignon Blanc in lieu of Sancerre, or Turbiana from Lugana over Chablis. His nous at pairing is unnerving, with neither liquid nor food nuking each other there. This “communion” (his word) may be found between 7% Kamoizumi sake and executive chef, Jitin Joshi’s tikka salmon with cranberry chutney, or Tinto de Rulo’s wild, organic País from Chile’s exhilarating Bio Bio valley (Pipeño) with deeply spiced, minced kid goat.

“Amazed by the value,” Radosav devotes one of two pages on France to the Languedoc Roussillon, including 2011 Fitou (Bertrand-Berge) for under £40, “better”, he says, “than wines twice the price.” Indeed, rather than upsell wines, Radosav prefers “up-offering”, meaning he will recommend a slightly cheaper bottle than a guest’s given budget, and invariably the guest subsequently order another bottle.

There is Indian representation in a Sangiovese/Cabernet blend (Sette Fratelli), and homegrown fizz from Hambledon, as well as a sparkler from Brazil (Casa Valduga). Radosav plans to expand his reds from Germany and South Africa, too, a country “fighting to increase quality.”

Be sure to check out the subterranean bar too, featuring cocktails “telling the story of four women who pioneered, inspired and fought for their causes in India…”

Great selection put together by Sue Sethi, a member of the family that owns the restaurant. Sharp picks gleam throughout, and it’s a list with zero ‘flab’. A tightly honed, sleek racehorse.

Alsatian, Burgundian and German whites abound – if the Bonneau du Martra Corton-Charlemagne 2006 (£365) is too rich for your blood, the Bernard Defaix ‘Vaillons’ Chablis 2013 (£65) would not disappoint. Nice to see a couple of Rhône whites here too – Gangloff Condrieu and Domaine de la Solitude CNDP, while white picks from lesser known regions are bang on the money – Gaia’s Santorini WIld Ferment Assyrtiko and Croatian Krauthaker’s ‘Rosenberg’ Chardonnay 2008, for example.

Classic and cult reds are chosen from an interesting range of vintages, while value can be found among the Languedoc, Rhône and Spanish options – as well as the bin end selection at the end at the end of the list.

Phoenix-like, Gymkhana rose from the embers of a fire, and then along came the global pandemic… “The team are getting pretty good at reopening the restaurant this year,” says Seamus Williams-Sharkey, the group wine buyer for JKS restaurants, which also includes trendsetters, Bao, Kitchen Table, Flor, Sabor, Trishna, Brigadiers and Hoppers. His substantial role varies from “in-house tastings, staff training, hosting masterclasses, auditing wine lists to writing new lists or updating existing lists.” The main goal being, “to increase the quality of the wine offering and wine knowledge at all our restaurants.”

In these oft befuddling times, Williams-Sharkey underlines the importance of being able to adapt. “Be flexible in your role and understand everyone is having to adapt slightly to survive,” he says. “Being multifaceted in your approach towards service, job role, and guests is important for the business to operate through a pandemic.”

As part of the post-fire refurbishment at the colonial-style, Mayfair Indian, part of the cellar is now temptingly visible behind glass cabinets in the private dining room of the enriched basement, accessed via mirrored stairs. Williams-Sharkey notes “almost half” of the 250-bin selection has changed under his tenure. Historically, there was a substantial focus on the South of France, and new additions from this territory of opportunity include domaines, l’Horizon, La Tour Vieille, Grange des Pères and Léon Barral. Meanwhile, the sections on Spain (including Viña Tondonia) and Italy (e.g. Etna Bianco, Giovanni Rosso) “have doubled in size,” and expect, “a great selection of German reds and some really exciting South African wines from our recent trip there.” Meanwhile, Indian wines remain, with Fratelli’s Sette poured by the glass – indeed, Williams-Sharkey blends with them a JKS Restaurants label. There is also a focus on lighter sakes such as Kome Kome, Happy Bride Junmai from Hiroshima, which balances spices in dishes such as Amritsari shrimp and queenie scallops. Cocktails are taken seriously, too, with the “Chikki Chikki” Scotch, distilled peanut and bitters being a perfect pick-me-up at the end of the satisfyingly deeply-spiced meal.

Williams-Sharkey was previously head sommelier at The Ledbury (RIP), “a brilliant restaurant and great place to work,” he says. Indeed, “there are a lot of similarities between JKS and The Ledbury – I get to work with hands-on Directors/Owners on a daily basis.”

Optimistically, Williams-Sharkey has high hopes for the fine wine market. “London is over-stocked with fine wine. It would be nice to get to a stage where the price drops to a level which means certain regions can be sold in restaurants again – and not just to private clients.”