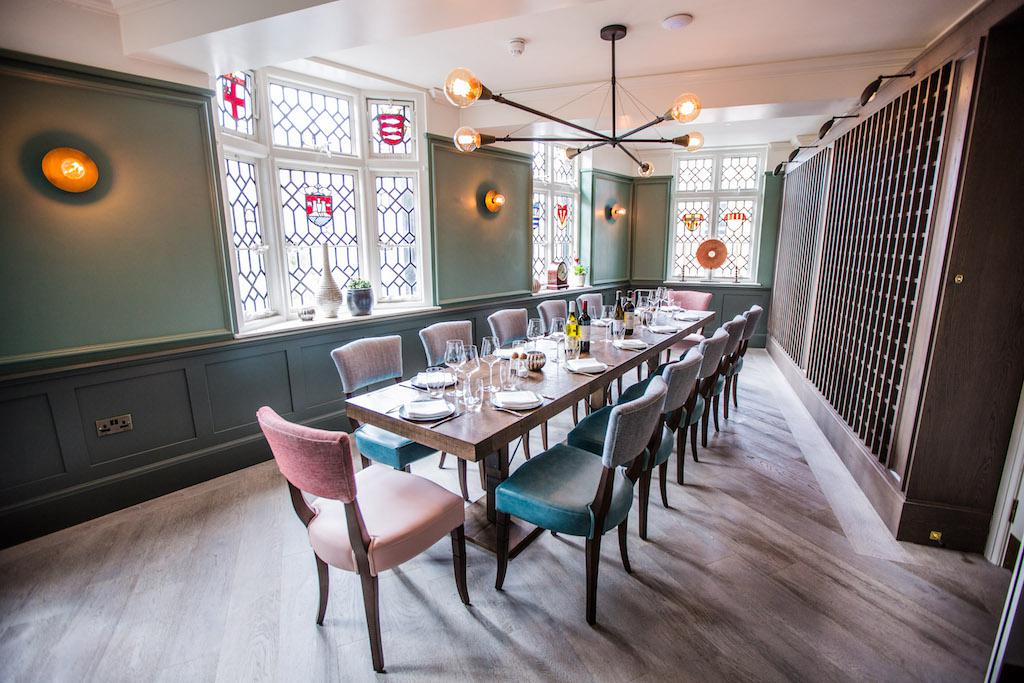 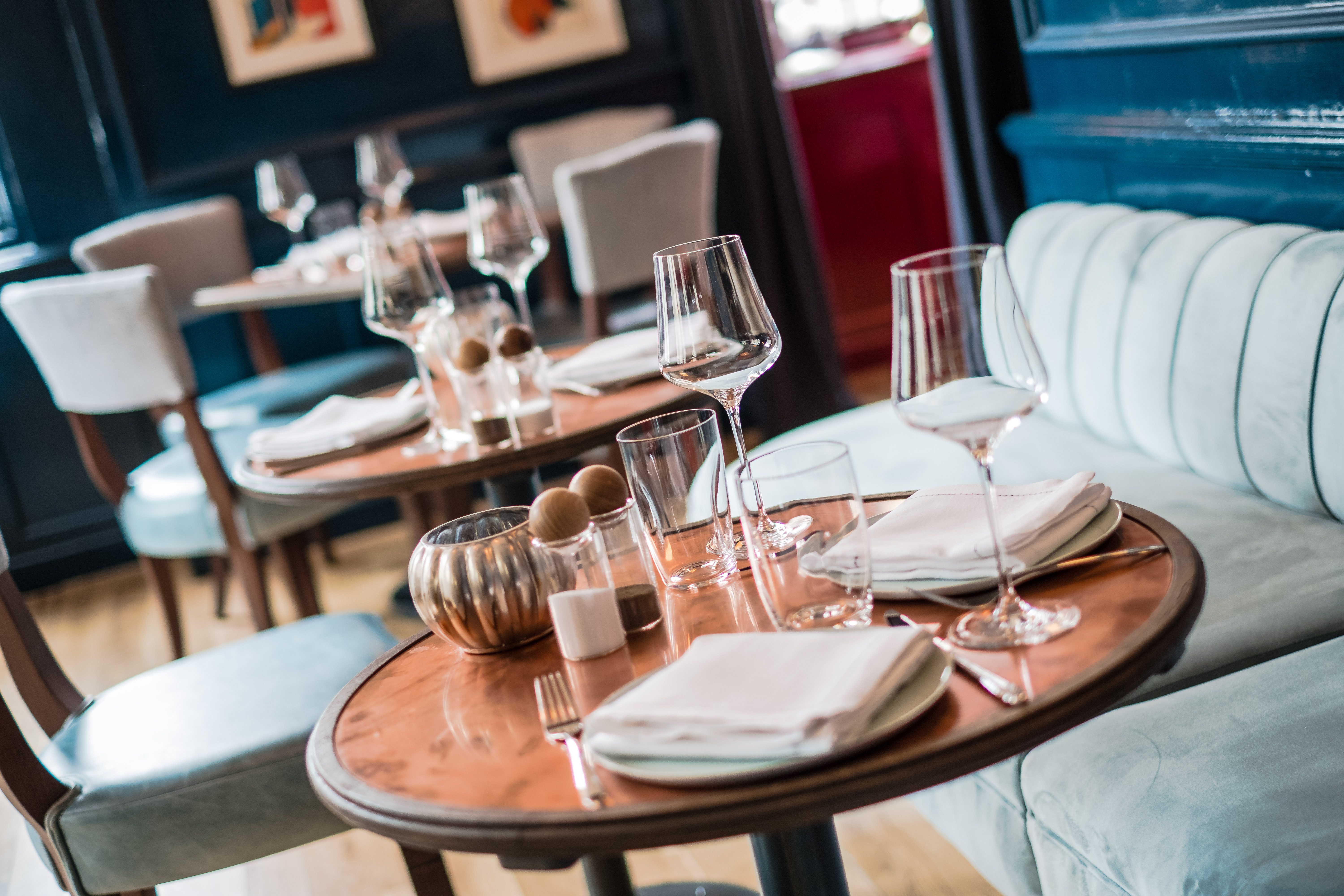 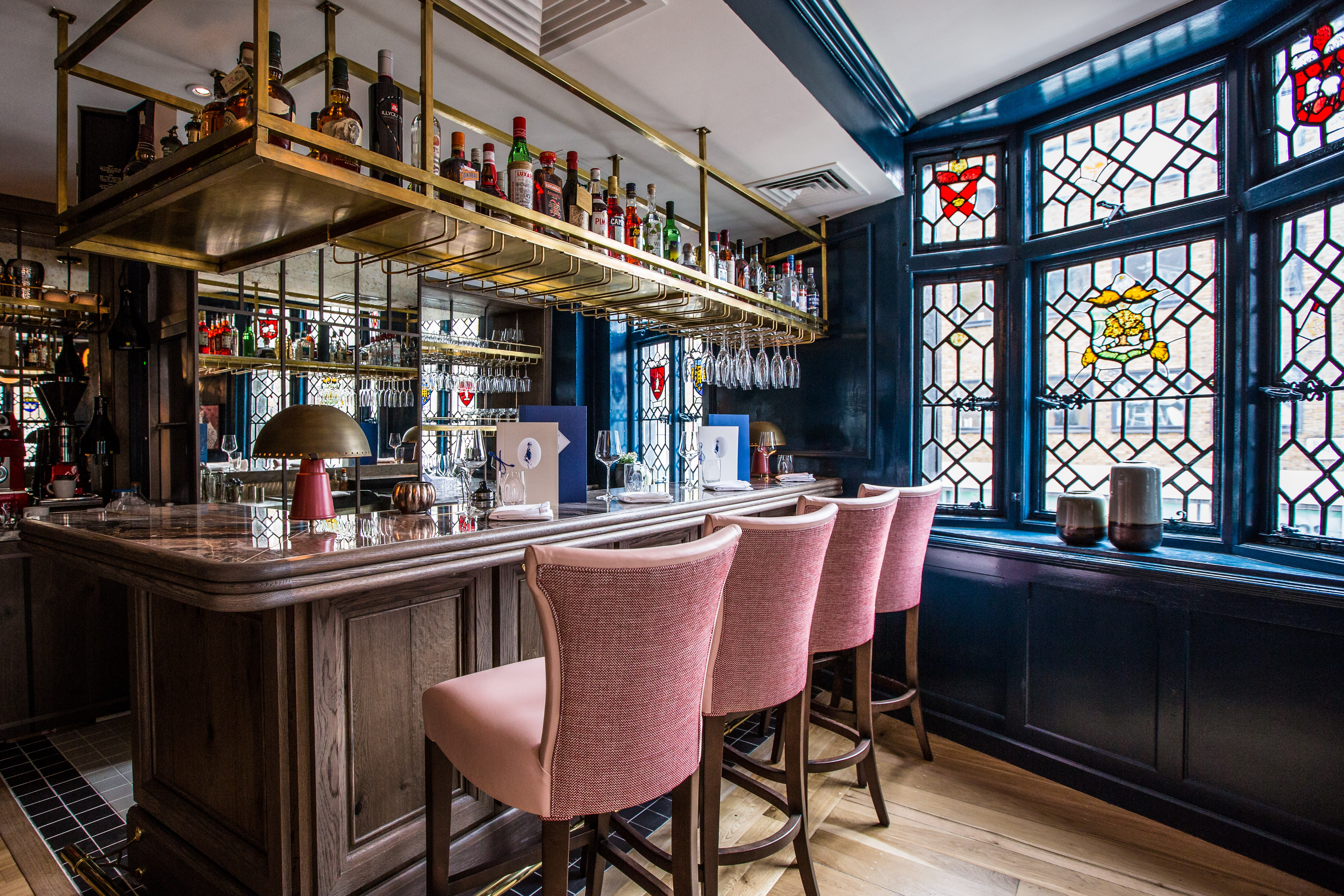 “With the world’s most diverse wine market, we, the sommeliers and wine buyers of London are lucky to be able to work with so many different producers,” says Natalia Kozlowska, head sommelier of the chic Clarette. Occupying three floors, with marble counters and picture frame-like tables, the couth wine bar, restaurant and private dining room is co-owned by Alexandra Petit Mentzelopoulos of the Château Margaux family, “who lives five minutes away and comes in every day when not on business abroad,” says Kozlowska, and restaurateur, Natsuko Perromat du Marais. Thus Clarette can confidently boast having, “the biggest selection of Château Margaux in London, directly sourced from the Château.”

Kozlowska left native Poland a quarter of a century ago, living in Italy, France, Switzerland and London. She entered the wine business at Hoxton Square’s Cru (RIP), being “one of the first restaurants to promote organic, biodynamic and natural wines.” Her CV also includes Oxo Tower, Crockfords Club and Casino, Curzon Street, Franco’s, Jermyn Street, The Lanesborough, The Arts Club, and outside the UK, Vie Montagne, Verbier. Kozlowska holds a wine business degree from Plumpton and the WSET Diploma and ultimately plans to become a Master of Wine.

Clarette’s “elegant, wine-loving clientele” are representative of London, a city brimming with “top specialists in so many fields.” To cater for their tastes, over 50 wines are available by-the-glass including the headlining Grand Vin, Pavillon and Margaux du Château Margaux. While a significant number of guests come for these, perhaps partaking in a Château Margaux discovery flight, Kozlowska also embraces other appellations, “especially rare grape varieties and artisanal producers.”

Drawing from over 15 suppliers, Kozlowska has expanded the red ribbon-bound list from 180 to 420 bins while reducing margins, “because I want wines to be moving.” As well as the “big, round, soft” first vintage of Margaux de Château Margaux, other standout Clarets include the 1988 Haut-Brion and carefully-bought Burgundy such as the 2010 Vosne-Romanée 1er Cru Les Chaumes (Méo-Camuzet). More esoteric bottles abound alongside, including Eugenio Rossi’s “voluptuous” biodynamic Esegesi Cabernet Franc, a three-vintage blend from Trentino, the high-altitude Etna rosé, I Custodi Alnus, which is “beautiful, saline and layered,” and Ramaz Nikoladze’s “No Skin Contact”, a Georgian from century-old Tsolikouri vines. Also expect a quirky selection of world whiskies, rum, tequilas and mezcal curated by the bartender, Piotr Jablonski who devises fascinating cocktails such as the Broken Biscuit, starring Cognac, Tawny Port, liquorice and… Oreo crumbs.

The “very wine-friendly” menu may include black truffle beef Wellington, best with “a classic but mind-blowing pairing” of 1996 Château Margaux, recommends Kozlowska. High-profile wine dinners in the wine-lined private room have included the Christmas dinner for Masters of Wine, and a celebration of female winemakers and their wares, including Elisabetta Foradori and Birgit Eichinger.

Clarette’s south-west facing aspect allows plentiful natural light to diffuse through its stained glass windows, “enhancing the wine drinking experience by allowing the wine’s colours to shine fully,” says Kozlowska. In summer, a wraparound terrace is a fine place at which to sip from a list of 30 rosés and, “feels like Saint-Tropez.”

When not at Clarette, Kozlowska, who is dedicating more time to health and fitness, devotes her holidays to exploring wine regions, including a visit to Kefalonia to visit wineries, Sclavos, Sarris, Melissinos and Gentilini, followed by a trip to Chassagne-Montrachet, “to help with the harvest at Domaine Paul Pillot.”

Kozlowska entered the wine business in 2003 as assistant restaurant manager at Hoxton Square’s Cru, which was “one of the first restaurants to promote organic, biodynamic and natural wines.” She segued to Harvey Nichol’s Oxo Tower, completing a wine business degree at Plumpton College, Lewes and her WSET Diploma alongside. She subsequently worked as the head sommelier at Crockfords Club and Casino, Curzon Street, “where I had an amazing opportunity to deal with the finest, rarest and most prestigious wines.” Her CV also includes Franco`s, Jermyn Street, The Lanesborough, The Arts Club, and outside London by the massif at Vie Montagne, Verbier.

United by a thirst for authored ferment, Clarette’s clientele is diverse, notes Kozlowska, “from people living and working nearby, to lots of wine trade people – so we have to cater for a variety of tastes.” Hence, over 40 wines are offered by the glass, including 14 from Château Margaux, “which we pour by Coravin.” While a significant number of guests come to Clarette for Château Margaux, Kozlowska notes equally, people are interested in drinking lesser-known instalments, “from other appellations, especially rare grape varieties and artisanal producers.” Hence her current list’s  focus on organic and biodynamic producers,“and I am really happy to see this is becoming a real prerequisite for London wine drinkers.”

Head Chef Aaron Ashmore’s menu is “very wine friendly,” says Kozlowska. “The possibilities are endless at Clarette!” She recently tasted slow-cooked beef cheek with olive oil, pomme purée, onion and bone marrow with Michel Gros’ Vosne Romanée. “Just perfect! The complexity, power and acidity of the wine complemented, beautifully, the rich, creamy character of the braised cheek dish.” Kozlowska also recalls high-profile wine dinners in the private room, which features its own bar, including Christmas Dinner for Masters of Wine and a dinner showcasing the New World forays of Bruno Prats, who, as a young man, worked beside his uncle and grandfather at Château Margaux.

Formerly a Scottish pub, with leaded windows and velvet banquettes, the cosy, characterful Clarette is co-owned by Alexandra Petit Mentzelopoulos, youngest daughter of the Château Margaux dynasty, hence the fairly priced page of renditions sourced direct from those hallowed cellars.

Swedish Head Sommelier, Caroline Fridolfsson and her team aim for a relaxed style of service at Clarette, ‘with a great mixture of entry-levels wines, more serious “unicorn wines” [such as Lethbridge Pinot Meunier] and everything in-between.’ As ‘dynamic as possible’ and ‘emphasising the Old World, and in particular, France’, the charismatic, accessibly-priced list which offers plenty of interest around the £50 mark, reaches to 130 bins with circa 20 wines by the glass, half of which are tapped by Coravin, including Margaux. ‘I ask my sommeliers which wines they want to see on the list, which helps motivate them,’ says Fridolfsson.

Before Clarette, Fridolfsson worked as an air stewardess from Dubai, subsequently seeing restaurant experience at Mexique, Chicago, before becoming sommelier at Oblix in The Shard, later joining the opening team at 67 Pall Mall, ultimately leading the events programme. ‘My studies are through the Court of Master Sommeliers, and I am very passionate about wine even in my spare time which I usually spend with other people in the trade at London’s chic wine bars, such as Sager + Wilde and Noble Rot, seeking new discoveries.’

Situated in a former pub in Marylebone, Clarette is split into three areas, including a second-floor private dining room, a ground floor bar with communal table and first floor restaurant.

As expected, its list heaps a special emphasis on Margaux, with vintages dating back to 1983 in a range of 75ml, Magnum and Jeroboam formats listed, however expect markups to match its prestige with a bottle of 2009 Margaux at £950 (typically around £600, according to Wine Searcher).

Aside from its Margaux offering, Clarette’s wine list is diverse, wide-ranging and approachable, and not at all intimidating – in a good way. Its list is both confident and assured, without being pretentious. Yes, it carries a an £1,800 magnum of 1996 Château Margaux, but its also offers a perfectly pleasant Italian Pecorino at £4.50 a glass.