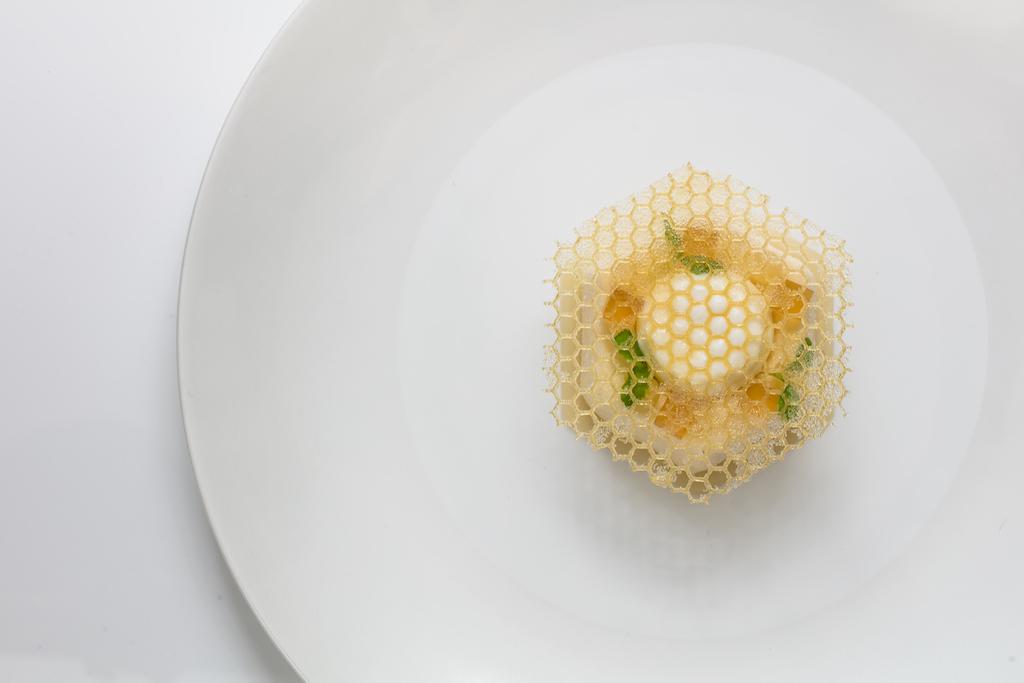 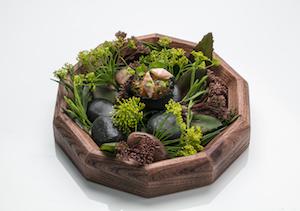 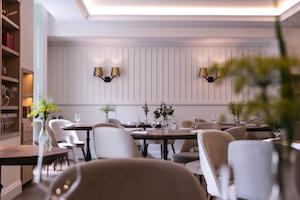 A confident, complete and inquisitive list created by the masterful Gareth Ferreira to complement the pristine flavours of head chef, Clare Smyth.

Head Sommelier, Gareth Ferreira performed expert carpentry to his inner sanctum-like cellar within which select guests may enjoy a snifter of Justino’s 1999 Madeira from the barrel with seven-year-old Davidstow Cornish Cheddar while choosing dinner wines. Amid some 3,000 bottles are two notable empties: Taylor’s Quinta do Vargellas 1984, contents of which filled the wine gums Smyth prepared for Harry and Meghan’s wedding reception, and the Latour 1996, “which we drank when we won two Michelin stars,” says Ferreira.

The holder of Wines of South Africa’s Sommelier Cup, Gareth Ferreira discovered a fascination for wine at the boutique Saxon Hotel in native South Africa, furthered at Dubai’s “seven-star” Burj Al Arab, then in London at 67 Pall Mall, which he helped open under Scarborough-born Master Sommelier, Ronan Sayburn.

Although also available via QR code or sanitised iPad, Ferreira’s list is bound in green and copper to represent nature and cooking pans, with bookmarks helping diners keep pages open, “which is better than using a knife,” notes Ferreira. Its contents have improved almost beyond recognition since the venue opened in summer 2017. It is now illustrated with maps which Ferreira designed using the programme, Ortelius. As well as very fine wines, mandatory for a two Michelin-starred restaurant, he continues to seek brilliant, accessibly-priced bottles, such as the “unbelievably good value” parcels of Coteaux Bourguignons Mes Gamays from a 0.32 acre site tended by Nicolas Faure, “who spent time at DRC and Jean-Louis Chave” and La Re-Nommée (Maison Lombard), “from the no man’s land of la Drôme in the Northern Rhône, which I’m incredibly fond of. Like drinking a Côte-Rôtie.”

Notable also is the collection of mature Bordeaux, particularly so gleaned from 1970. “A restaurant vintage, prices still good, and I’m never disappointed,” he says, singling out Figeac, “who are building one of Bordeaux’s finest cellars,” and Vieux Château Certan. Of the latter, he recalls, “One of my most memorable bottles was the 1970 tried at the château on a trip which also included Le Pin.”

Charles Heidsieck Brut Réserve is the house Champagne, supplemented with older cuvées such as the long discontinued Champagne Charlie from 1985. “And there needs to be an English, like Gusbourne.”

Interestingly, Ferreira has listed half bottles on the same page as wines-by-the-glass, “treating it like an extension of the by the glass – which works amazingly well.”

Ferreira hints the Australian section will naturally expand when Clare Smyth opens her new restaurant above Sydney’s waterfront. Of wines such as Bin 389 1988 from Penfolds, he says, “I’m not sure people know how well these wines can age.”.

Ferreira underlines how the Northern Irish chef, Chef Clare Smyth MBE, who collects wine herself, understands the value of wine to her restaurant and how to engender loyalty in her team. “She’s not just an incredible chef, she’s a good businesswoman.” Smyth described a restaurant as a triangle of food, service and wine. “One can’t work without the other.” In accord with Smyth, Ferreira opened an account with bonded warehouse, Octavian to “secure the future of the list,” purchasing Domaines such as Roulot, Leflaive and Clos Rougeard.

Given Ferreira’s drive to constantly overhaul the 750-bin list, the five-strong wine team are notified of new arrivals via a WhatsApp group. “I change the list all the time, rarely buying the same thing again, especially with reds when trying to find maturity.”

During the lockdown, Core’s team held Zoom training sessions with suppliers including farmers, “the idea being to get to know these inspiring people personally and tell their story to guests.” Ferriera held weekly wine trainings, “and even had some of our regular guests join.” The restaurant also kept busy cooking for the local community and the NHS.

When not at Core, Ferreira studies with the intention to continue entering the UK Sommelier of the Year competition, for which he has twice been runner up, and to succeed in his Master Sommelier theory paper. When time permits, he also loves golf.

A regular judge for Decanter, South African, Gareth Ferreira has won the Ruinart Sommelier challenge and been named South African Sommelier of the Year (2016) and runner up in the UK Sommelier of the Year competition (2017). However, though born in a wine producing country, he “never grew up around wine nor anyone working in wine and hospitality,” he says. “After high school, I took a tourism diploma with the thought it would open doors to travel and ended up working behind the bar in a hotel in Jersey!” Two years with Ritz-Carlton ensued, “mostly in Naples, Florida training in their in-house food and beverage programme.” However, it wasn’t until he took a job in his home country at the boutique Saxon Hotel that his passion for wine was truly ignited – and he was ultimately appointed head sommelier and beverage manager. He later spent over a year as the senior sommelier at seven-star Burj Al Arab, Dubai.

In London, Ferreira worked alongside chef Tim Allen as the sommelier at Launceston Place. “I knew I wanted to work for Ronan Sayburn at some stage and got the opportunity to do so as part of the opening team at 67 Pall Mall.” After two and a half years at the wine club, “and many happy memories,” Ferreira knew it was time to run his own wine programme, “and an opening by Clare Smyth was something I didn’t want to miss out on.”

Ferreira notes it takes time to build a wine list, and his is incidentally printed using Capitolium New for headings and Benton Sans for content. “I’m constantly working on it and I don’t think I will ever think it’s perfect – though that’s what I am striving for. We have certainly considerably increased the number of wines and the stock holding over the last 18 months, doubling it in size, adding a lot of vintage depth to the classic regions while making sure to offer a diverse selection at the lower price bracket.” In particular, Ferreira has made a real effort with his Rhône selection. “It’s a region (particularly the north) which I’m incredibly fond.”

Northern Irish chef, Chef Clare Smyth MBE, voted World’s Best Female Chef Award by the World’s 50 Best Restaurants, “loves a good Meursault and a Bordeaux in its prime,” notes Ferreira. She offers both a classics menu, showcasing signature dishes and a seasons menu featuring newer dishes highlighting ingredients in the very height of the season. The latter may feature the complex Jerusalem artichoke confit in butter, malt, mushroom and Cheddar as the second course, accompanied with a biodynamic red from Burgenland: Blaufränkisch Rosenberg 2008 (Gerhard Pittnauer). “Serving a red wine so early on in the menu, then going back to white is a risk, but I thought why not? So far the risk paid off and I’ve had nothing but great feedback.”

Ferreira recalls the unforgettable afternoon spent with from Domaine de la Romanée-Conti’s Aubert de Villaine. “He took us through his vineyards and then into the cellars for a tasting going back as far as the 1950s. I hung onto every word he said.”

When not at Core, Ferreira spends a lot of his time studying. “It is the sacrifice you have to make to be better, but it is my choice, so I have no complaints,” he says. “I played lots of sport when I was younger, but now if I get the chance to relax on the couch and watch sport while having a glass of wine, well happy days…”

South African, Gareth Ferreira, the former assistant head sommelier at private members’ club, 67 Pall Mall, has compiled an inquisitive, if generally rather expensive list (with little, and indeed little of interest below £50 per bottle) with particular attention lavished on food and wine matches, which is probably the best value and most interesting option to go for if dining here.

The cocktails in the bar, authored by mixologist, Alessandro Villa, accompanied with arguably London’s most impeccable bar ‘snacks’, make this part of the business a destination in itself.

Note the cheerful, innervating playlist throughout the uplifting venue.