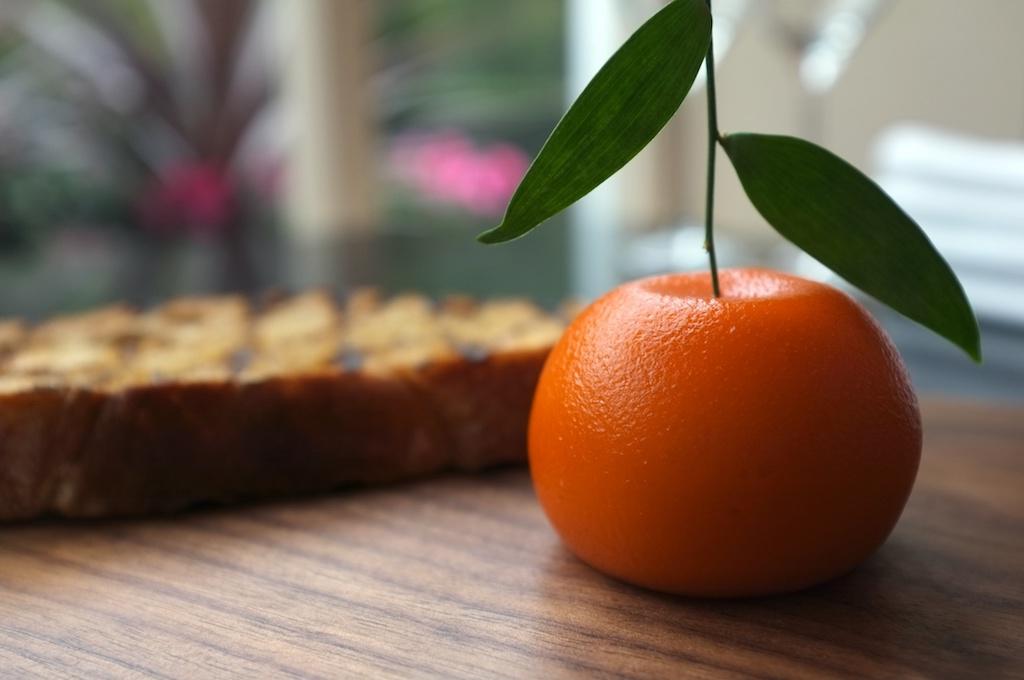 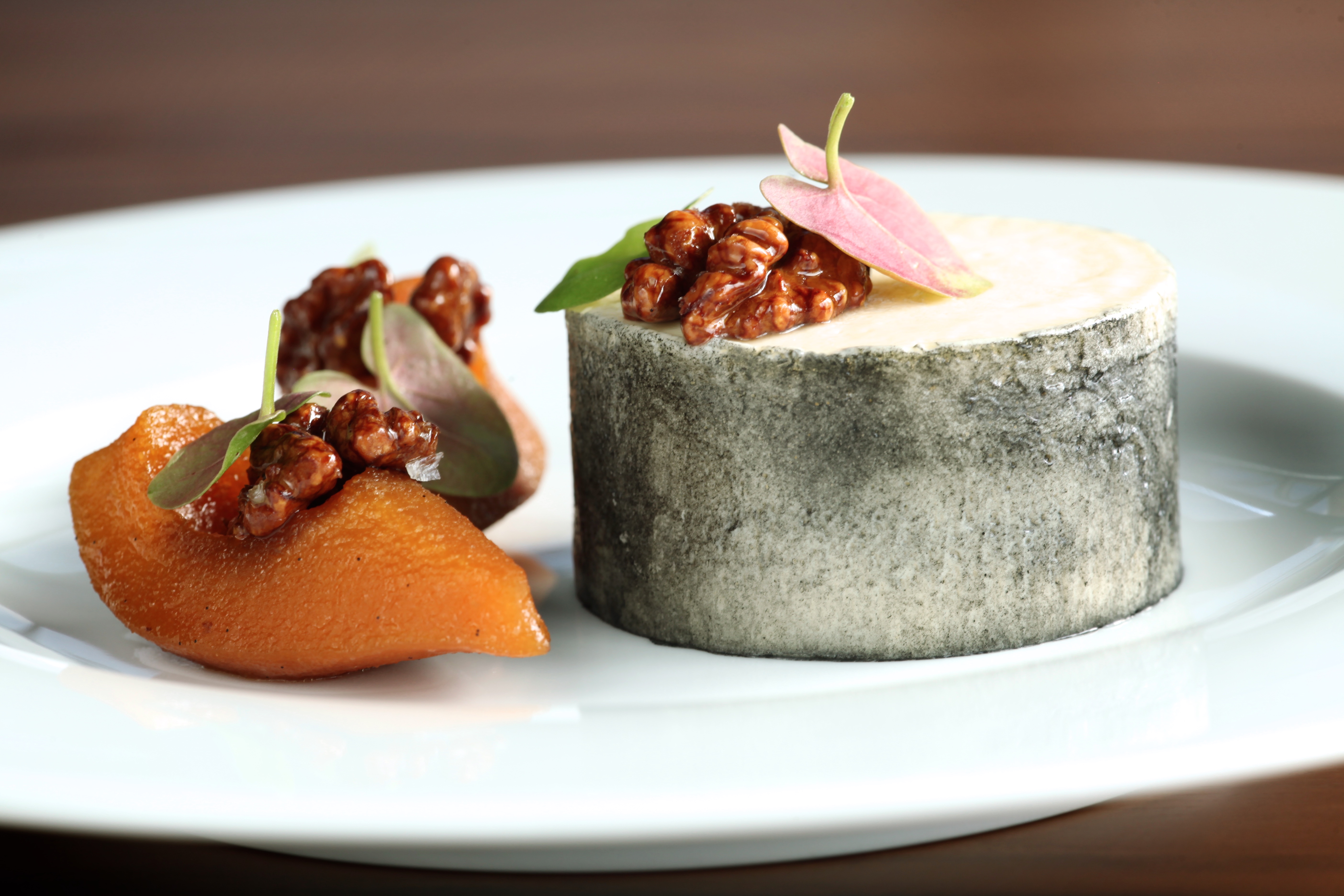 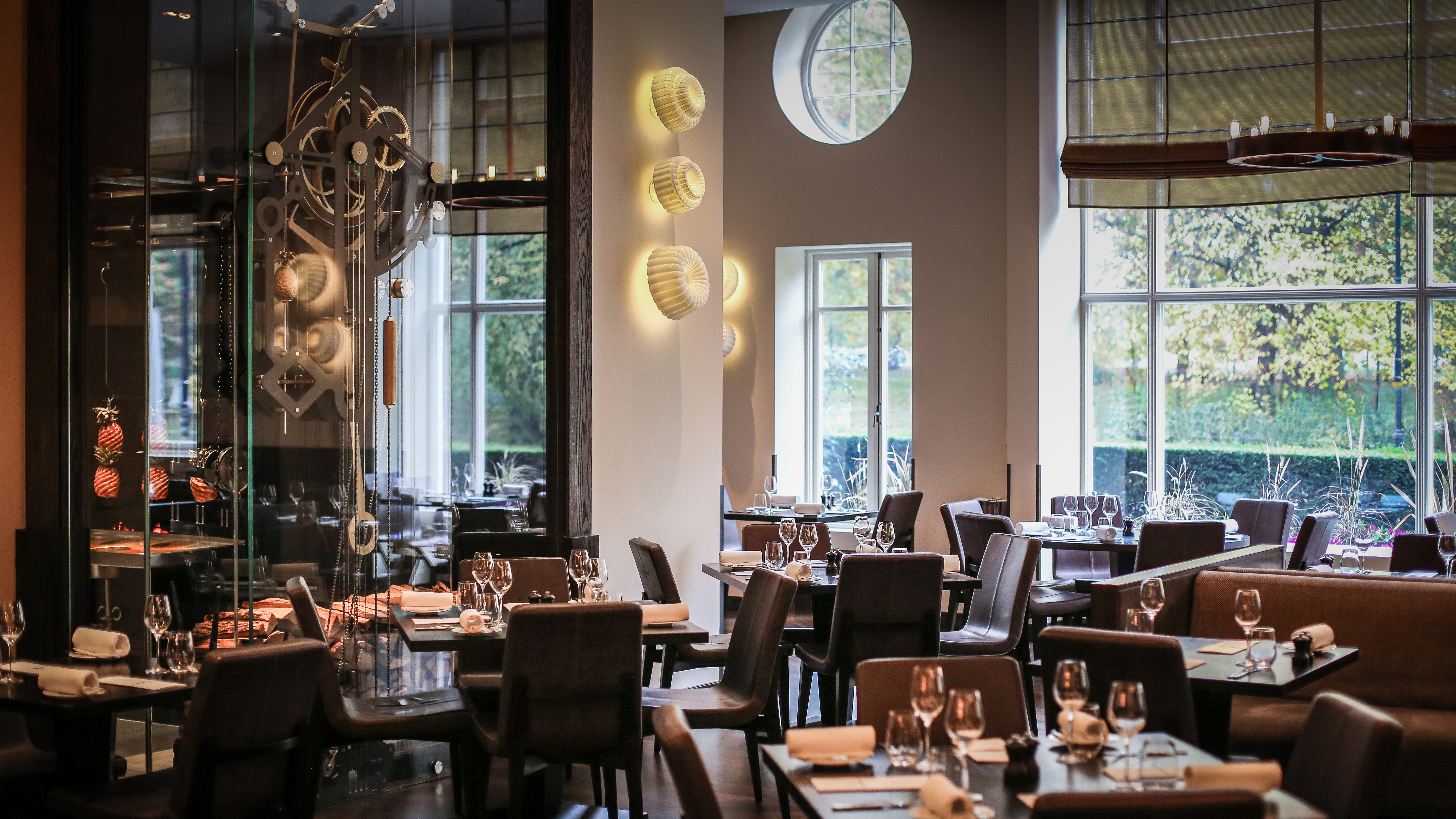 Although utterly clued-up on the technical minutiae of wine, Master Sommelier, Stefan Neumann rarely resorts to deploying technical jargon when telling the story of wine to his guests, realising that wine for most diners is foremost about pleasure.

To prevent his incredibly inquisitive, often kindly priced 900-bin list from being “intimidating”, Austrian Master Sommelier, Stefan Neumann put huge “thought and heart” into his readable list which is entertainingly filled with tidbits, such as, of Corton Charlemagne, “according to legend, the vineyard is planted with white varieties because the emperor’s wife preferred them as they did not stain her husband’s rather long beard…”

Well-travelled with wine as his guide, Neumann, spent his honeymoon visiting Franschhoek, Stellenbosch and the Kruger National Park. He also fondly recalls trips to Pomerol’s Vieux Château Certan, Hungary’s Royal Tokaji Company and hallowed Tuscan estates, Ornellaia and Sassicaia – as well as Canada for ice wine and its Bordeaux blends. Aside from beer, he is fascinated by beer and stocks the UK’s only Trappist beer from Tynt Meadow, Leicestershire.

Neumann’s CV includes Raymond Blanc’s Le Manoir aux Quat’ Saisons where he worked as a breakfast waiter, and the Meierei in Steirereck, Vienna, where he worked as a cheese expert. It was while at The Fat Duck that he met his wife who, post services, has devotedly helped test him for the ultimate Master Sommelier accreditation. He is now actively involved with the Court of Master Sommeliers. His role within London’s Mandarin Oriental, meanwhile, grew to encompass the Mandarin bar, The Roseberry Lounge and in-room dining, but not Bar Boulud, because, “you can only have one lion on a mountain.”

Having achieved his Master Sommelier qualification, Neumann found time during the lockdown, to engage his sommelier team, delivering them 100ml bottles by bike for blind tastings, as well as starting a wine newsletter for the hotel which ran to 15 editions. He also hosted several seminars for charities such as Hospitality Action with fellow sommelier, Tobias Brauweiler MS (formerly of Hakkasan).

Neumann also began a series of entertaining and informative wine-themed IGTV films with memorable props, cycled for dementia and grew, not vines, but herbs and tomatoes on the balcony of his new flat.

“Every wine on the list has a story,” says Stefan Neumann MS, author of Dinner’s book-like list, bound in an expensive-smelling Globetrotter leather cover. “And if it’s good book, you’ll read it again…”

Neumann began at Le Manoir aux Quat’Saisons as a breakfast waiter, rising at 4:45am to serve one of the UK’s most refined takes on the mealtime, later segueing to The Fat Duck, where he met his wife who, post-dinner service, helped him earn the Master Sommelier accreditation by setting him blind tasting challenges.

Neumann, who believes sommeliers are a breed apart, “like wolves” used the sabbatical resulting from remedial work to the Mandarin Oriental post an unexpected fire to visit Pomerol, where he found Vieux Château Certan particularly “exciting.” He also visited Northern Hungary’s Royal Tokaji Company to taste the “spectacular” by appointment selection, and Tuscany dynamos, Ornellaia and Sassicaia. He subsequently visited Canada. “Obviously, ice wines will find their way onto the list, but I’m looking forward to sourcing Cabernet Franc and Syrah. Watch this space!” He also envisages huge potential in Tannat, as demonstrated by Deicas’ similarly vinified, but very different expressions reaped from parcels between San José and Canelones close to Uruguay’s coast, describing his selections as, “The Florist”, “The Boxer” and “The Ballerina.”

Neumann’s 850 bin list, of which “246 bins at the last count at under a £100 a bottle – something I’m keen to increase this year” dovetails with the sophisticated historically very aware dishes reinterpreted by chefs, Ashley Palmer-Watts and Heston Blumenthal. These span centuries of British culinary history. “I’m a balance, not sledgehammer guy,” says Neumann of partnerships, which may include starter of roast marrowbone royale with smoked anchovy, snails, radish, mace and lovage (1720) with 2010 Australian Marsanne, ‘1927’ Tahbilk, “from the year Roger Moore was born,” he notes. “Marsanne with bottle age has an almost Riesling-like aroma of grapefruit and white peach with a smoky note and slate undertone. Intriguing, inviting and with wonderful with the slightly salty anchovy.” Main of spiced squab pigeon with onions, artichoke, ale and malt (1780) is “great with the UK’s only Trappist beer from Tynt Meadow, Leicestershire. A lovely dark ale which beautifully compliments the warm spicy character of the dish.” And likely taking influence from Dinner down under, the now Australian classic, Lamington Cake with coconut cake, white chocolate mousse, raspberry and Yorkshire rhubarb sorbet (1390) is paired with “superb Mosel Riesling.” (Spätlese Brauneberger Juffer Sonnenuhr, Dr. Thanisch). “I’m in love with the harmony between off-dry Riesling and the red fruit of the dish. Rather than herbaceous, the rhubarb is delicately sweet and the coconut cake nicely tart…”

When not at Dinner, find Neumann sipping Madeira at TRADE in Soho, which is “finally a place for us ‘hospitality’ people.”

Dinner at the Mandarin Oriental (also open for lunch!) reopened with a wine list in tune with the historical dishes refined by partners in the sublime, Ashley Palmer-Watts and Heston Blumenthal. While these span circa 600 years of astutely researched British culinary history, wine has been savoured far longer, notes Austrian sommelier and wine buyer, Stefan Neumann MS, with the oldest-known winery dating from 4,100 BC. ‘Every wine on the list has a story,’ he says, cradling the document, sensuously bound by British luxury leather goods company, Globe-Trotter. This confers the feel of a fine tome. ‘And if it’s good book, you’ll read it again…’

Neumann began at Le Manoir aux Quat’Saisons, not as sommelier but breakfast waiter. ‘There was no other position,’ he recalls. ‘I rose at 4:45am to serve one of the best breakfasts in the UK.’ He soon segued to The Fat Duck, staying three years despite the ceiling being ‘so low.’ There he met his fiancé. Indeed, aided by his paramour, Neumann earned the coveted title, Master Sommelier. ‘For three months from 1-3am, we would blind taste after work.’ Neumann, who believes sommeliers are a breed apart, ‘like wolves’, reveals that Terry Kandylis, head sommelier of 67 Pall Mall, will be his best man.

At Dinner, Neumann has worked on filing a library of stock, currently at 850 bins with more in bond, ‘despite the fact every London restaurant struggles with space. But it’s important to leave something behind.’

Appreciating how long it takes chefs to realise a dish, Neumann is meticulous in finding harmonious pairings. ‘I’m a balance, not sledgehammer guy,’ he says. Partnerships may include Sauternes (Catelanau de Suiduiraut) with the convincing meat fruit (c. 1500) ‘from when food was more about trickery and entertainment’ replete with Ruscus leaves and garlic-rubbed, Josper toast, while the definition of umami, sherried scallop tartare (c. 1970) with grilled shiitake and sherry mushroom broth dovetails with Petite Arvine (Thierry Constantin). Squab pigeon (c. 1780) with onions, artichokes and Redchurch ale (Bethnal Green) finds favour with vital Grenache, ‘The Absconder’, which is not unlike a supercharged Pinot Noir, reaped from a 1920s vineyard in Wirra Wirra. Of its minty, floral aromas, Neumann states, ‘wine should speak through its perfume to get your attention.’ And the exceptional Sambocade (c. 1390), an unbaked goats milk cheesecake, is delightful with Spinetta’s 4.5% lacey Quaglia Moscato d’Asti.

An entertaining sommelier, Neumann rarely resorts to technical jargon, realising wine is for about fun for the majority of guests, ‘which is why we as somms sign up for the job… And wine tastes better when you’re happy.’

Featuring, helpfully, a contents page, here is a list rich in history. Given Churchill stayed in the property during the war, Neumann includes a quote: ‘I like wine, both red and white and especially Champagne; and on very special occasions I could even drink a small glass of brandy.’ On Austrian wines, Neumann writes, ‘Vienna (Wien in Austrian) is as a matter of fact named after wine.’ And of Burgundy, ‘The Burgundians, Scandinavians by origin founded a kingdom in the Rhône in 456 which included Lyon and Dijon. Wine was already well established here before their arrival.’ There is also mention of UFOs. ‘In 1954, the council of Châteauneuf-du-Pape was apprehensive flying saucers or ‘flying cigars’ might damage their vineyards so passed an ordinance prohibiting their landing. This is yet to be repealed as it has been entirely successful.’

Classic regions are amply represented, with Neumann’s sense of curiosity shining through when it comes to other territories, be it Turkish Sauvignon Blanc, Leyda Sauvignon Gris or Ningxia Cabernet Sauvignon by fellow Austrian, Lenz Moser at Changyu Moser, by the glass.

Also note, the well-equipped spirits trolley, laden with Austrian Schnapps alongside Louis XIII, and, on request, a 4.5 litre turquoise Leviathan of ‘The Classic Laddie’ available as a ‘wee dram’ or ‘dram’. Attention has also been lavished on the coffee selection, in collaboration with roasters, Workshop.

Befitting a menu that ranges through history for its inspiration, there are some choice picks here, with Burgundy and Champagne of particular note.