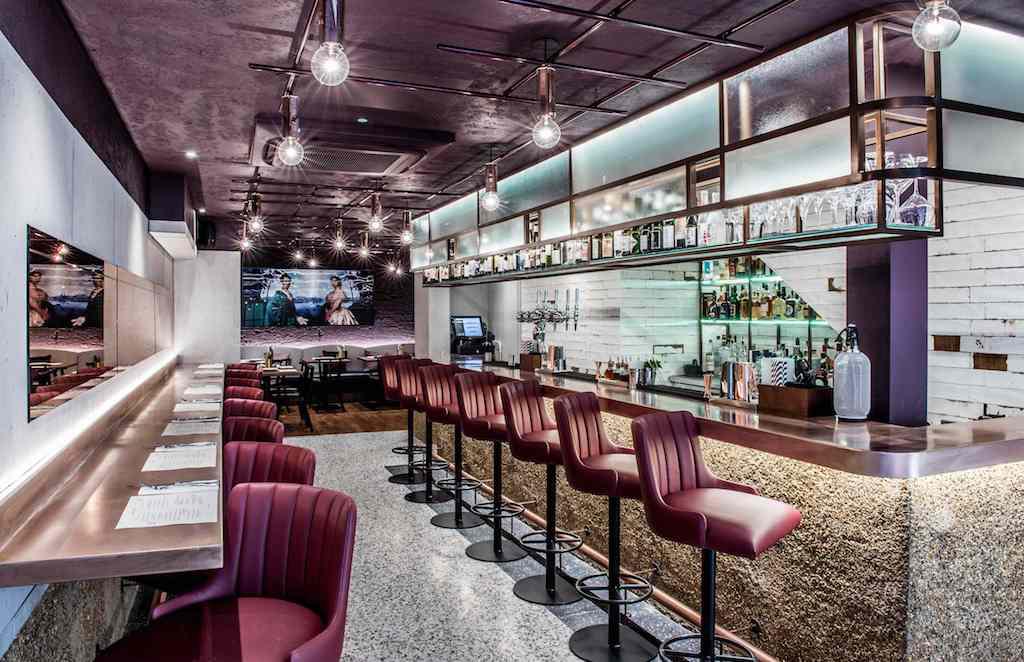 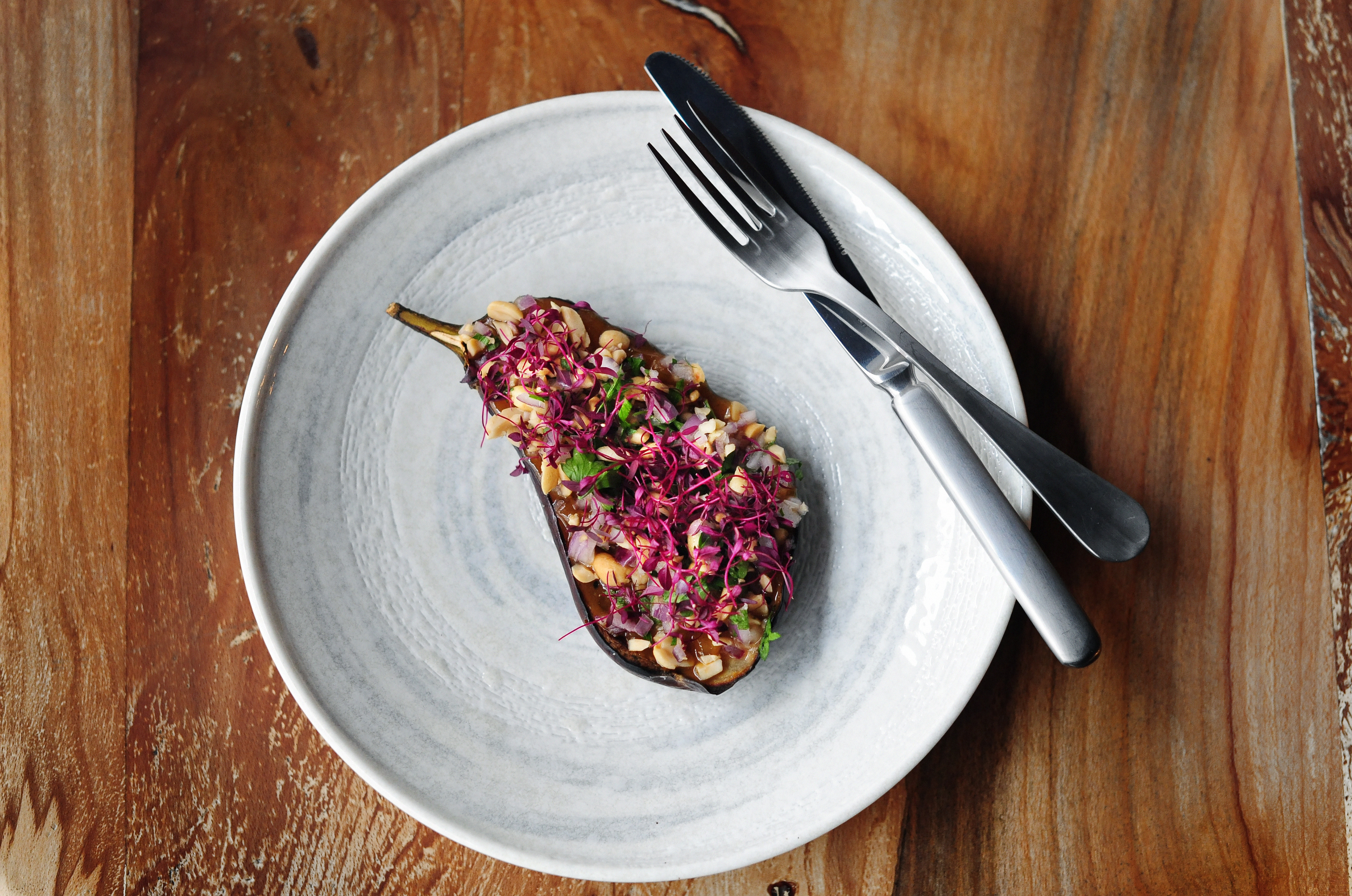 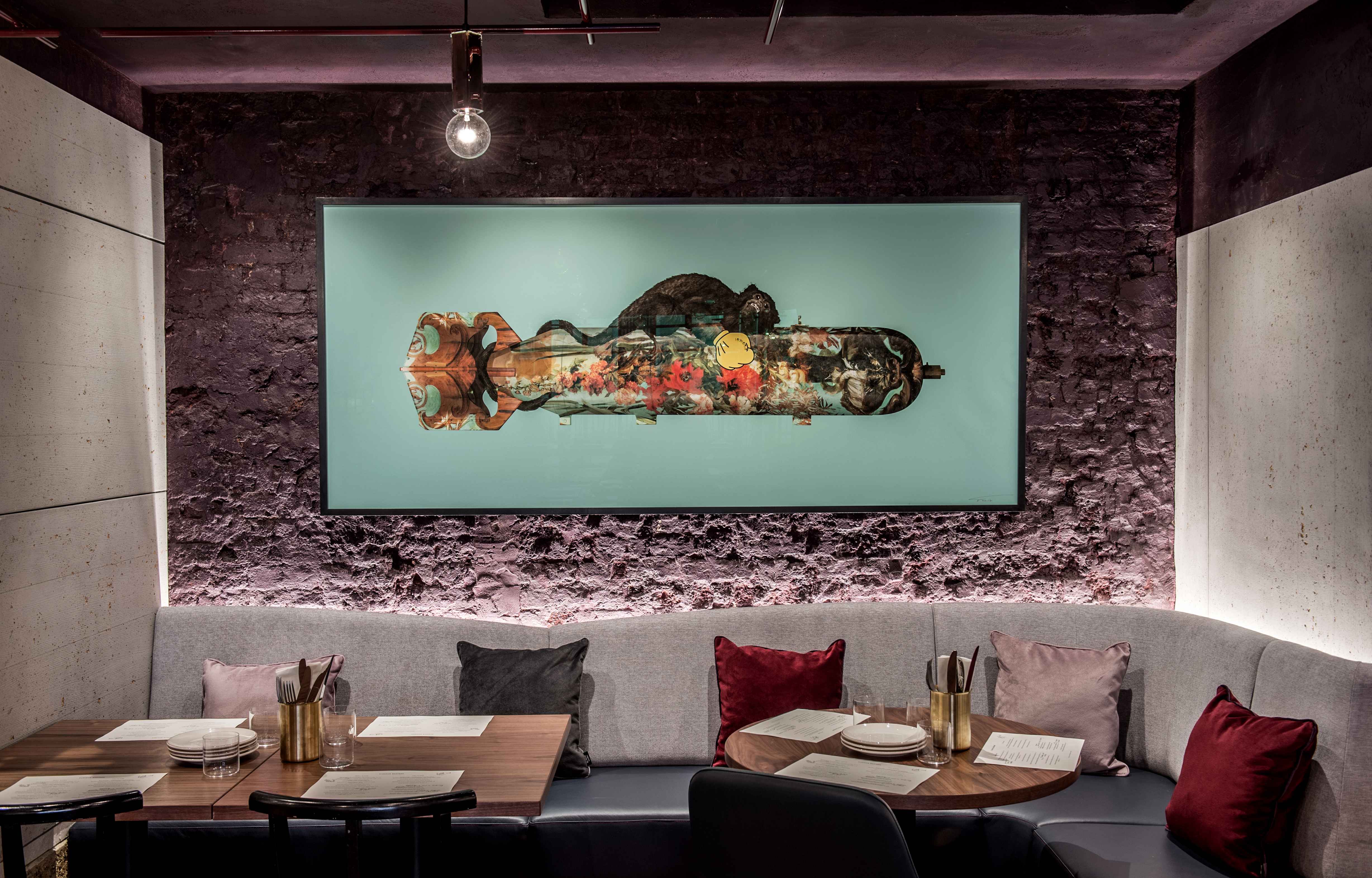 Nick Jones is a former halcyon days Oddbins member who solidified his interests in wine by earning a degree in Viticulture and Oenology, subsequently making his own cuvées, including Bastard’s own 900 bottle batch of three week long skin contact Slovenian Sylvaner which he describes as ‘odd, savoury, mineral, superb….’.

Frith Street’s provocatively-titled Flavour Bastard is the punk creation of restaurateur, Vic Singh, Executive Chef, Pratap Chahal, and self titled ‘Baron of Booze’, Nick Jones in the former Arbutus site, which used to have explicit, prosperous looking Victorian nudes in the loos. It is located opposite the contrastingly very classical Hazlitt’s hotel. Under the rude moniker which may, sadly, put some diners off, the trio strive to make Bastard a rebellious addition to the dining haven that is Soho – and Jones’ lovingly put together drinks list is a breath of fresh air compared to linen wrapped dining rooms. Meanwhile, interior architect of the epoch, Afroditi Krassa (who designed nearby Suvlaki) has industrialised the once cosseting space.

Plates, by Chahal, who worked through the kitchens of Claridge’s, Chez Bruce, Cinnamon Club and The Orrery before founding his own fine dining events’ company, That Hungry Chef, are classified as ‘tiny’ or ‘small’, but for guests who may rightly worry their fellow diners might steal larger bites than themselves of the genuinely tasty fare, the ‘small’ can be doubled up to ‘larger’. These combine, raucously but convincingly, the flavours from a number of different cuisines and cultures, and may include: doughnut of white lentil, chorizo and pecorino, steamed rice cake with house kimchi and sesame, soused sardine with, believe it or not, banana chips, and, arguably best of all, the Bastard steak tartare with tamarind, chilli and garlic. Expect boldness in puddings, too, such as ginger-polenta cake, sea buckthorn curd and coriander ice cream, and Mayan-spiced chocolate and brownie mousse with parsnip and cedar ice cream.

Nick Jones is a former halcyon days Oddbins member who solidified his interests in wine by earning a degree in Viticulture and Oenology, subsequently making his own cuvées, including Bastard’s own 900 bottle batch of three week long skin contact Slovenian Sylvaner which he describes as ‘odd, savoury, mineral, superb….’. In addition, as head brewer, Jones also launched Gosnells London Mead, and at Flavour Bastard brews the eponymous house beers, such as the summery, gently wheated brew replete with, in his own words, ‘a spicemarket’s worth of botanicals, some fresh citrus, kaffir lime and pandan leaf’ at the Alphabeta Brewery by Liverpool Street.

Flavour Bastard makes good use of their Coravin (available for every bin) allowing guests easy access into the excitingly eclectic list. Expect serves of London winery, Renegade’s Sauvignon Blanc (grapes are sourced from Bordeaux but pressed in Bethnal Green), an experimental, Condrieu-like South African, Assyrtiko from grapes emanating a sunken volcano on Santorini, Bulgarian Mavrud, smoky German Pinot Noir from a winery based in a German bomb shelter, as well as unfiltered Prosecco, German Sekt, indie Cava, English fizz and the only still rosé availabile, a Zweigelt… Even relatively conventional seeming wines are awarded tasting notes which entice the wine-savvy as much as they might the uninformed and reassure their place has been earned on this list, e.g. Zarate Albariño, described as ‘Malolactic, mineral, orchard fruit. A superbly quirky producer (they even make reds, unheard of in the area), these guys really embrace the windblown wild terroir of Galicia. This is a complex, rich, yeasty and pungent take on the grape that blows away the supermarket shelf pretenders…’

Explaining the defiantly eccentric drinks list, Jones says, ‘essentially we are using small importers interspersed with wines that I have found on my travels making wine across the globe.’ Long may his travels continue…