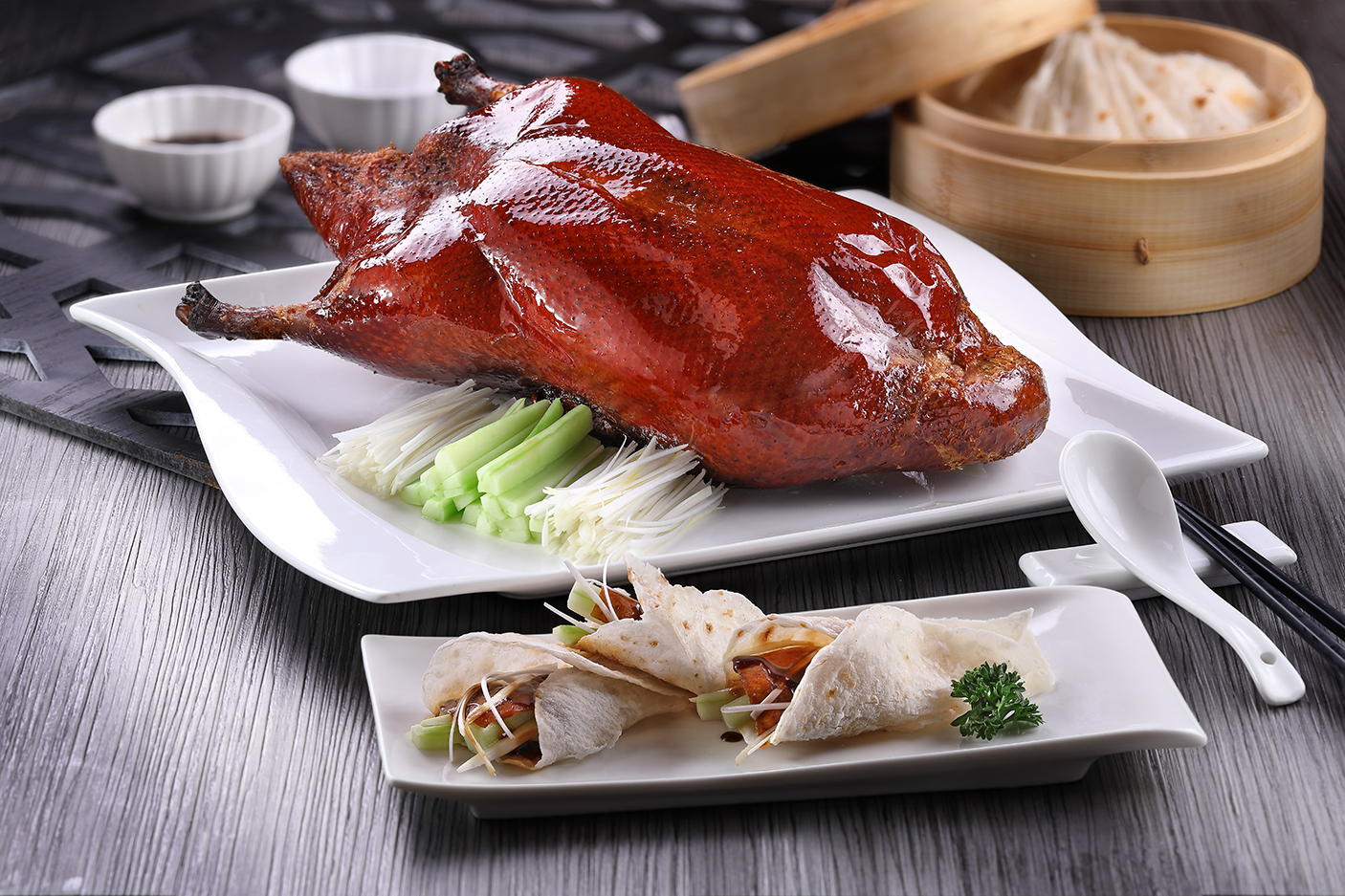 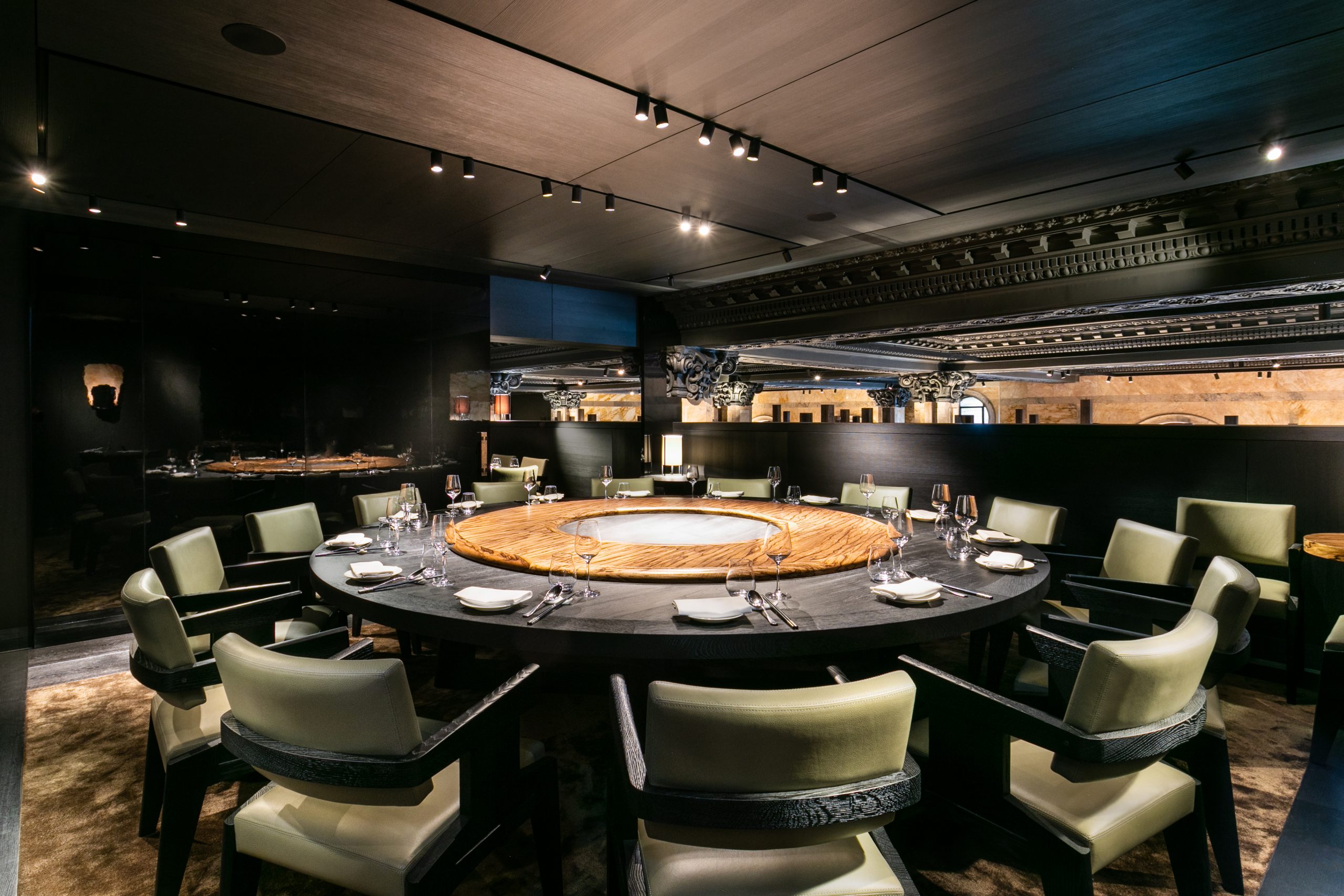 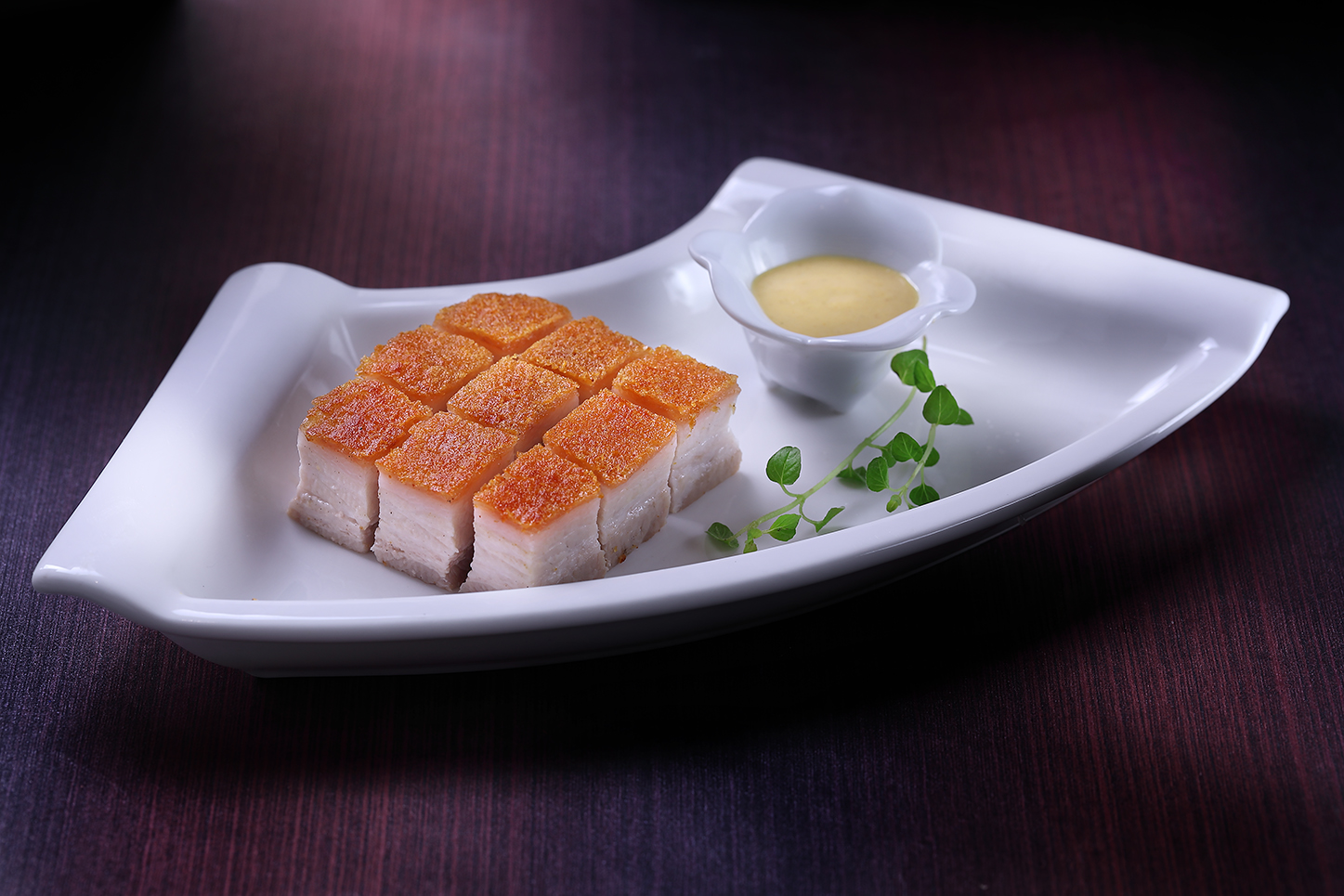 Service is as smooth as a 1982 Château Léoville Barton at the European debut of Asia's acclaimed Imperial Treasure group.

Imperial Treasure has much-awarded restaurants in Singapore where it is headquartered, mainland China, Hong Kong, South Korea and most recently Paris, although the launch of the albeit immediately well-received French venue in February 2020 proved ill-timed. In London, the grand grade-II listed former Lloyds banking hall on Waterloo Place was the European debut, stylishly cosied by the French firm, Studio Liaigre who designed the original Hakkasan on Hanway Place in 2001.

Dishes are by executive chef, Wee Boon Goh who also has Hakkasan pedigree, and include the signature ruddy, bloated and sensational Peking Duck carved at the table. With this, head sommelier, Fernando Lopez (formerly of The Gilbert Scott and Coq d’Argent) recommends cranberry-scented rosé Champagne from one of his favourite villages – Bouzy. Pierre Paillard Les Terres Roses is, he says, “absolutely dry and completely clean” delivering “a real sense of pleasure.”

Lopez harks from Jerez, where his extended family works at the Lustau bodega, hence expect to be treated to the “secret weapon of off-menu Oloroso” to accompany the dish of “very spicy” Singapore chilli prawn with steamed bun.

Aspects of the list are to be attributed to sophisticated wine expert, Ch’ng Poh Tiong, who decided the opening stock and helps arrange special relationships with the likes of Cristal and Château Pichon Longueville Comtesse de Lalande. Poh Tiong is a lawyer by training and Chinese art expert turned wine journalist, judge and publisher.

At Imperial Treasure, Lopez is especially happy when diners explore the world via the wine glass, and his list includes Chinese reds such as Lenz Moser’s Chateau Changyu XV and Jia Bei Lan, both reaped from the Ningxia desert, alongside English sparklers such as La Perfide Rosé by Coates & Seely, which is partly owned by Englishman, Christian Seely, Managing Director of AXA Millésimes, and Bride Valley from the estate of wine writer, Stephen Spurrier. The latter is priced at £88 a bottle. Given its association with prosperity in Chinese culture, the lucky number “8” features frequently on the list in pricing. Intensely fragrant truth serum spirit Baijiu is also available alongside a large whisky selection, although, as per Chinese etiquette, Lopez is happy to allow guests to bring their own Baijiu to toast with for a fee.

The private rooms on the mezzanine have proved a hit with Asian celebrities, shares Lopez, including one symposium whereby “a vertical of Échezeaux” was enjoyed.

During the lockdown, Imperial Treasure created a fulsome takeaway offer, including the signature Peking duck, with 25% discount applied to selected wines. Meanwhile, Lopez found solace in participating in the many tastings offered by wine suppliers online, while also painting portraits for relaxation.

Although Imperial Treasure has been Lopez’s only professional role involving proper Asian food, he hopes, one day, to move to Asia with the parent company.

Dynamic, ideas-forward head sommelier, Victor Almeida previously ran his own wine bar in Barcelona, sourcing direct from Catalonian producers. He also worked at Alex Atala’s D.O.M. in São Paulo, and, in London, Skylon, Berners Tavern, Park Chinois and Aquavit – where he offered wine discovery aperitivos and dedicated a section on his list to wines produced by itinerant Scandinavians.

At Imperial Treasure, Almeida builds upon the input of the group’s sophisticated wine expert, Ch’ng Poh Tiong, a lawyer by training and Chinese art expert turned wine journalist, judge, publisher and far-reaching consultant. Ch’ng Poh Tiong gives insight into how wines are selected. “In reds, the tannins should be resolved and evolved (decanting can also help achieve this state). Raging, pent-up, angry tannins do nothing for the drinker nor food. Nor spiky, edgy acidity for that matter. Tannins should be mature and integrated with the fruit.”

At Imperial Treasure, Almeida is excited for diners to explore the globe via fermented grape, “discovering the finest Old and New World wines, paired with the authentic flavours of Cantonese cuisine.” The list includes Chinese reds such as Tiansai Skyline of Gobi (Xinjiang) and Jia Bei Lan from the Ningxia dessert, alongside a shortlist of Burgundy and Bordeaux, including the wares of a friend to the restaurant, Damien Barton Sartorius. “We wanted to bring to the attention of diners wines which have a story to tell,” says Almeida. “We are, for example, very proud of our two English sparkling from Bride Valley, Dorset winery of acclaimed writer Steven Spurrier and his wife Bella, and Coates & Seely, partly owned by Englishman, Christian Seely, Managing Director of AXA Millésimes.” Given its association with prosperity in Chinese culture, the lucky number “8” features frequently on the list in vintages and pricing. Almeida also added two Baijiu’s: Kweichow Maotaizhen three-year-old and nine-year-old alongside a large whisky selection.

Dishes by executive chef, Wee Boon Goh (formerly of Hakkasan) include signature ruddy, bloated and sensational Peking Duck carved at the table, a good gathering of caviar with scrambled egg white, baked crab with pepper, and grilled silver cod. On food matching, Almeida is pragmatic. “The team is always there to offer recommendations if asked. We are also mindful that diners themselves are very knowledgeable and may have their individual preferences. There are no hard and fast rules although – for most people – a full-bodied red with oysters or a lively white with beef will not work.”