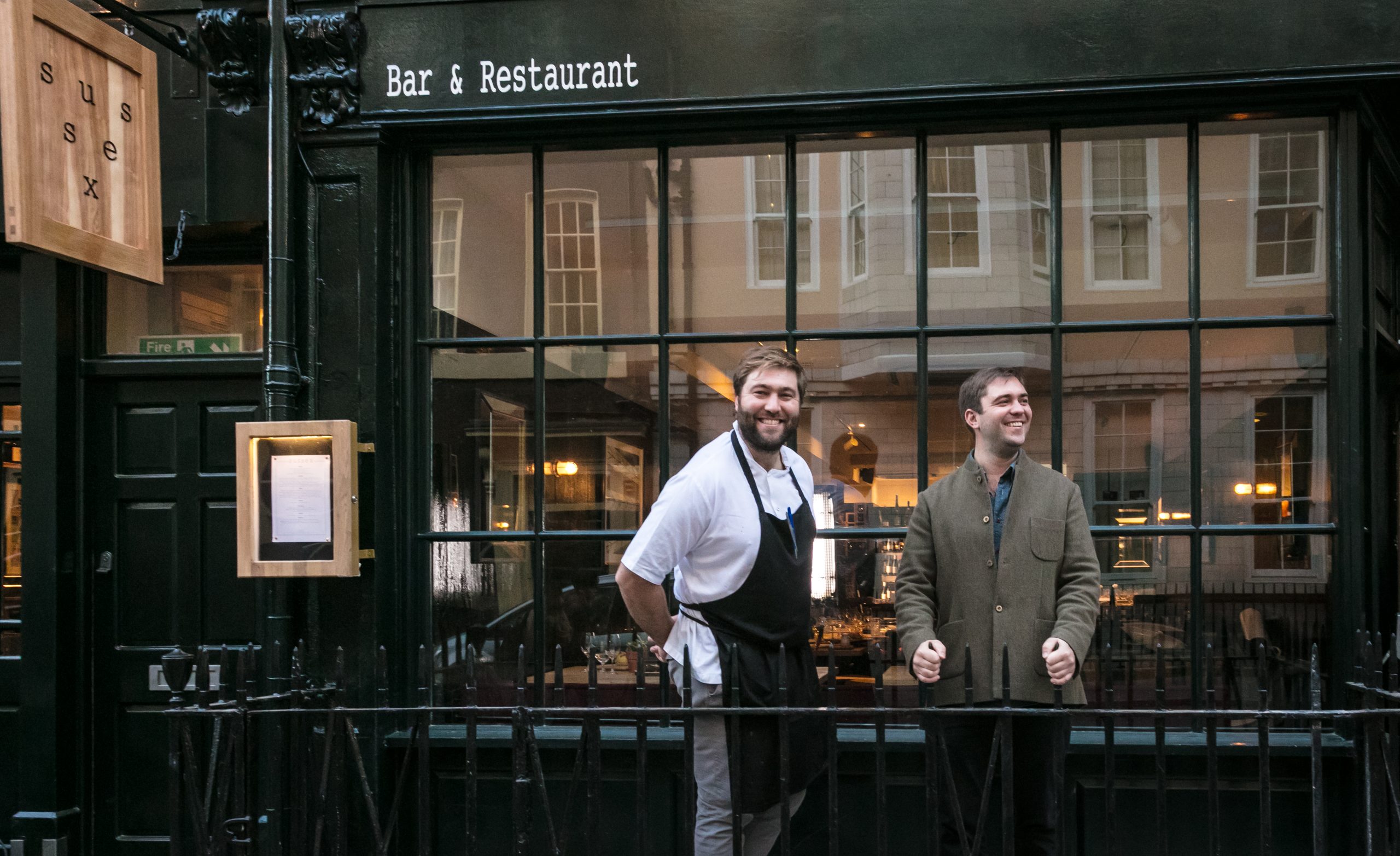 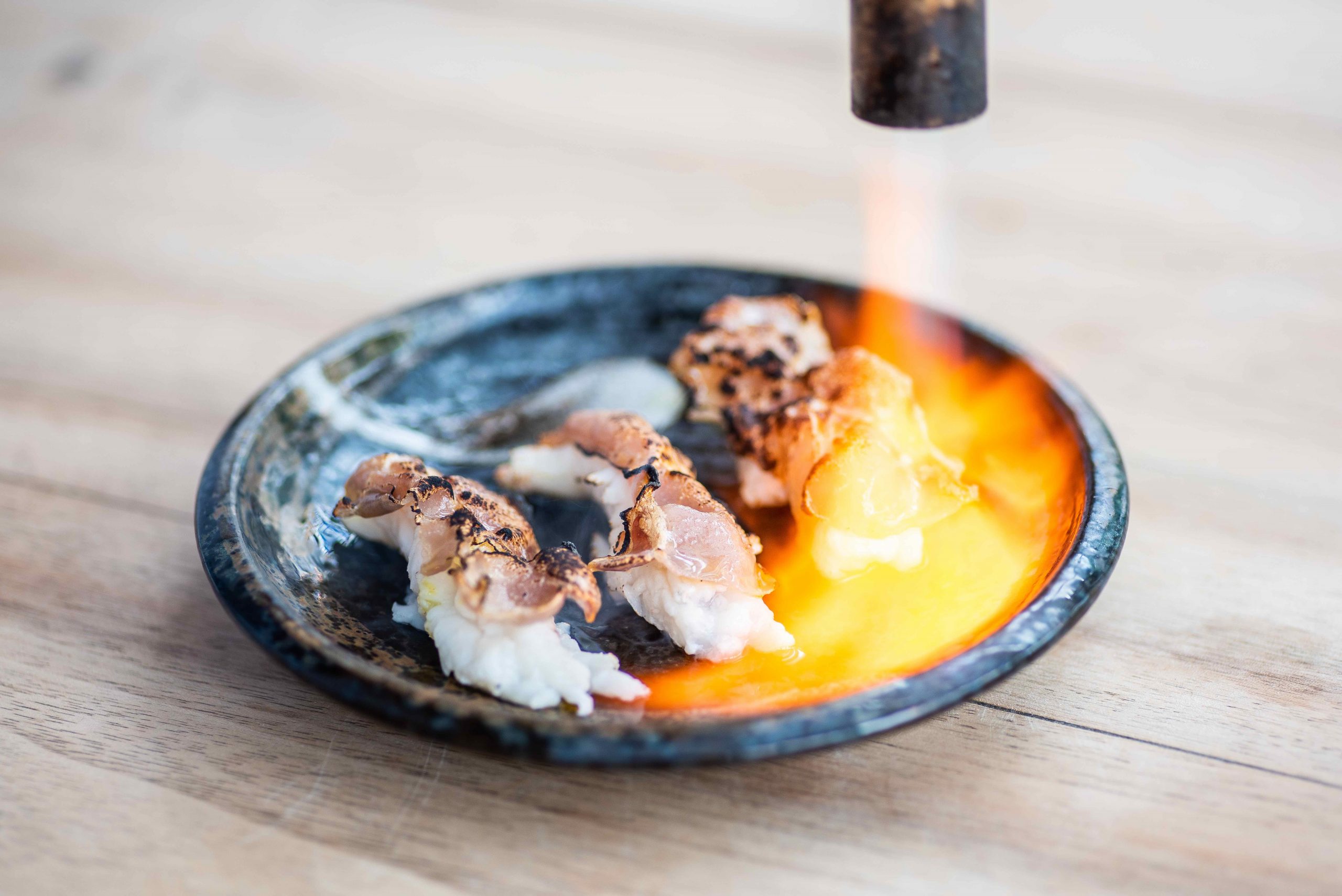 Brought to you by harmonious trio the Gladwin Brothers, Sussex is the latest in a quartet of homely restaurants which bring Sussex-farmed food and drink to lucky Londoners.

Bringing the countryside’s sense of informality and its produce to the city, Sussex restaurant, with a soundtrack of “crowd-pleasers with a little country hick” inhabits the handsome, double-fronted Soho site once occupied by Arbutus then Flavour Bastard. It is the sister restaurant to The Shed, Notting Hill, Chelsea’s Rabbit, and Nutbourne, Battersea, which is named after the vineyard in Pulborough, West Sussex on which the Gladwin Brothers were raised. Farmer Gregory Gladwin provides livestock to the restaurants, while brother Oliver, who trained at Hugh Fearnley-Whittingstall’s River Cottage at Park Farm, is executive chef. Meanwhile, Richard Gladwin, who previously worked in restaurants in New York and London including homage to Silvio Berlusconi, Bunga Bunga, manages the sites and compiles the wine lists. “Growing up on a vineyard with parents as chefs mean it’s in the blood,” he says.

Naturally, bottles reaped from Nutbourne’s 26 acres, located close to Nyetimber, strongly feature, including the traditional method Nutty Blush Pinot Noir in magnum which is listed alongside Bollinger Grande Année, and it is Richard’s goal to “open more restaurants to sell the wine.” It transpires he has also made wine in New Zealand, Napa and Champagne and even spent his honeymoon in Jerez. “I was so inspired by my time there, I now list six different sherries by the glass at Sussex,” he says. Also from outside of UK soil, Richard lists, “a great Pinot Noir from the Loire” in the form of biodynamic Reuilly Rouge (Denis Jamain). This “works amazingly with our flatfish specials – the meatiness of turbot or brill and fruity, earthy notes of the wine work so well together. Only James Bond said you can’t have red wine with fish.”

Distinctive wine label collages by the late artist and former Harry’s Bar head sommelier, Valentino Monticelli adorn the glossy walls. “I always admired the Monticelli in the salon of my hairdresser, Biagio, who was Monticelli’s father-in-law,” says Richard. “One day he pulled out a piece which had Nutbourne vineyards at the centrepiece. The rest is history!”

To foster “food and wine culture between us,” each Thursday afternoon is dedicated to WSET training, whereby “the whole team sits down for a session with a producer or wine rep.” To that end, the Gladwins partnered with Brompton Wines, “and have found some exciting small producers which we can import together.”

During the lockdown, Richard made “elderflower Champagne kits” for Gladwin Brothers’ online store. “Oliver and I also got to spend some time maintaining the land at the vineyards, coppicing a woodland which allows frost to sink away in the cold winter months.”