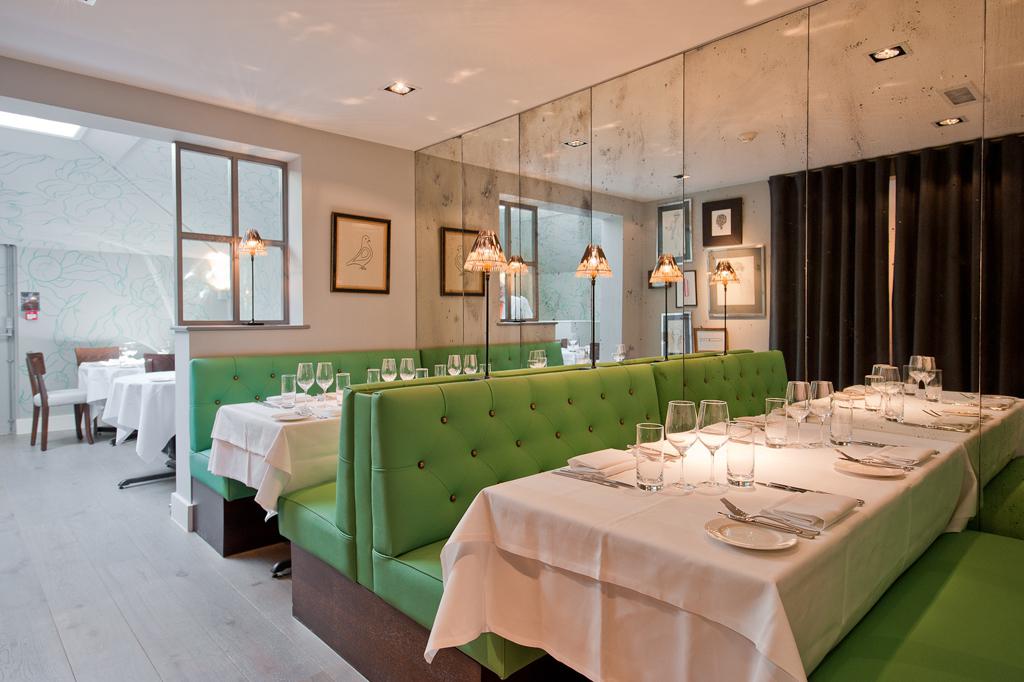 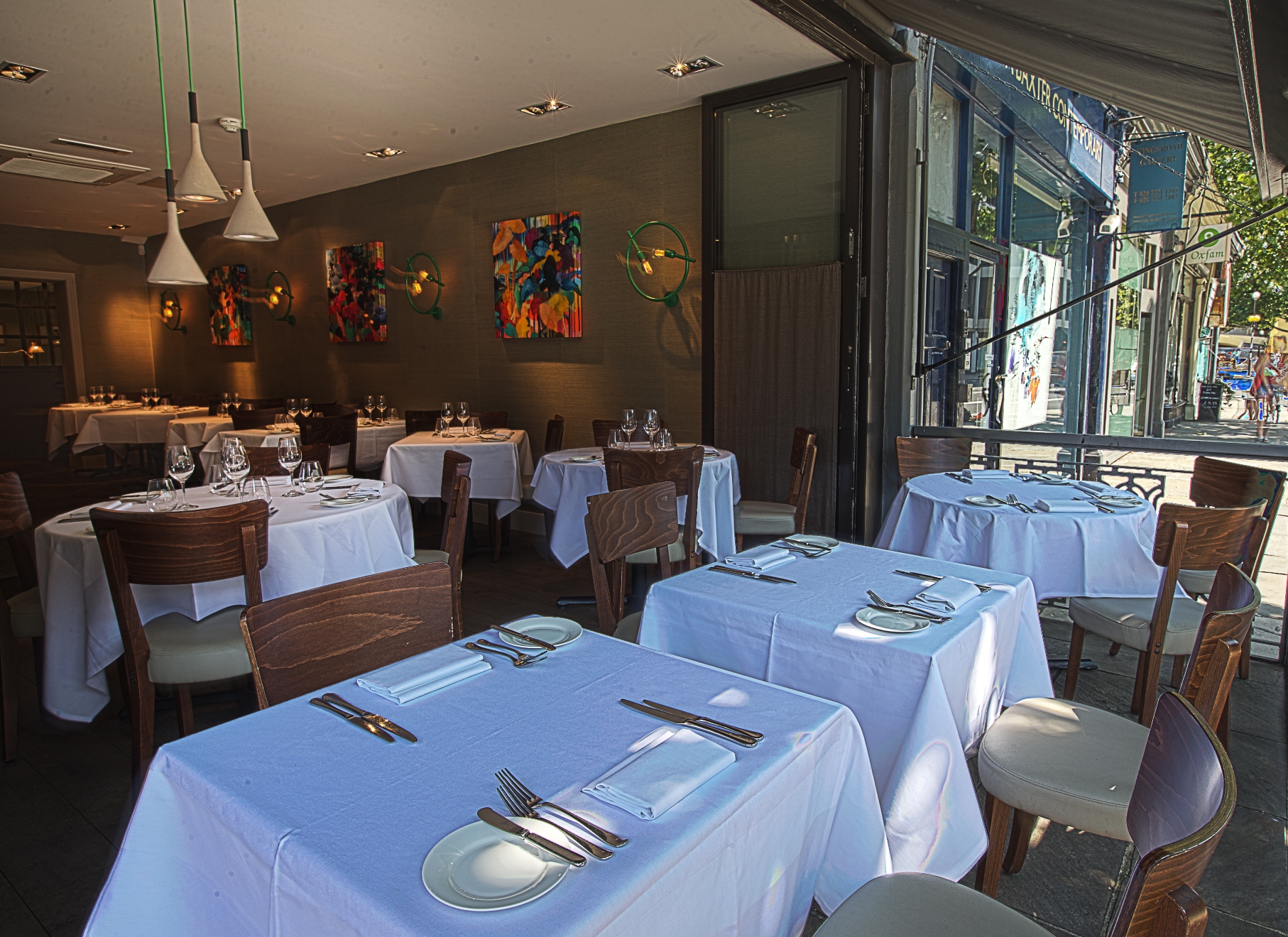 At Chelsea’s Medlar, near the World’s End neighbourhood – possibly titled because of the once considerable distance from it to central London – Melania Battiston, whose dream is “to become the first Italian female Master Sommelier” strives to reflect the internationalism of London via the 42 pages of the 600-bin list.

A lover of “illustrious Chenin Blanc” and “the uncelebrated, yet historical, Grignolino, tasted frequently during my quarantine,” but detractor of Carménère when it shows a “leafy, green peppery undertone,” Battiston previously worked at 28-50 Maddox Street alongside Master Sommelier, Clement Robert. “Given my knowledge of wine was mediocre, Clement bravely offered me the position of the assistant head sommelier.” To prove she was “good enough” for the role, Battiston took and failed the Court of Master Sommelier certified exam twice. “I was about to leave everything behind but my instinct told me to carry on.” One month later, Battiston was awarded the Certified CMS, “and I’m on the waiting list for the Master Sommelier exam having passed my Advanced on the first try with the best score in November 2019.”

Medlar’s motorbike riding, outgoing head sommelier, Didier Catelo, subsequently invited Battiston to become his assistant. He proved a “real mentor” for Battiston. “My boss and best friend at the same time, Didier would share his vast knowledge, charming mannerisms and the rarest sips with me. His philosophy of being humble, inspired, decisive, and honest with yourself and others will accompany me forever in my career.”

Over time, Battiston, who describes her journey in the industry as, “an authentic and wholehearted escalation,” intends to introduce more indigenous grapes at Medlar, without forgetting the classics. “Based on my travels, I will focus on Italy, New Zealand and sparkling wines, keeping the eclectic and seasonal by-the-glass selection, introducing offers throughout the week for our wine aficionados.” Such selections will be offered alongside the hearty dishes of co-owner and head chef, Joe Mercer Nairne, who studied Archaeology and Anthropology at Oxford. These may include Taleggio arancini with confit quail legs, autumn truffle, sautéed king oyster mushroom and cauliflower, followed by turbot with Palourde clams, Coco de Paimpol beans, Piedmontese peppers, tapenade, almonds and gremolata.

While Catelo’s “fantasy” was to produce “straw wine dried on a mat of sugar cane” on the Caribbean island of Marie-Galante, Battiston dreams of owning her own vineyard in Monferrato or the Langhe.

Post the lockdown, Battiston completed a hugely sought-after internship in Modena. “An honour to be inspired by an amazing bunch of professionals at Osteria Francescana – Best Restaurant in the World 2016-2018. I loved and admired the fiery, enthusiastic relationship between kitchen and front-of-house: a synergy delivering an unforgettable world-class experience.”

At Chelsea’s Medlar, near the World’s End neighbourhood – possibly titled because of the once considerable distance from it to central London – Didier Catelo strives to reflect the internationalism of London via the pages of his 600-bin list. This he describes as, “eclectic, multicultural, historical and forward-looking.”

A detester of Gewürztraminer, Catelo is personally particularly interested in Eastern Europe, to the extent he owns a “wine cottage” in Modra, Slovakia.

Catelo, who was previously wine buyer for Ernst and Young, with a sortie at The Ledbury, wants, “and believes we deserve,” Medlar’s Michelin star back for wholesome dishes, by co-owner and head chef, Joe Mercer Nairne, who studied Archaeology and Anthropology at Oxford University. To qualify a place on the wine list, a bottle must mirror the philosophy of Nairne’s food, “being generous, welcoming, deliciously good, and with identity,” says Catelo. Hence, Cornish lamb rump with sweetbreads, potato terrine, tapenade, Roscoff onion and rainbow chard, could be matched “with the lovely Bourgueil La Coudraye from Yannick Amirault – a pairing brought to my attention by my assistant Melania,” says Catelo. “Proof that working together is a success!”

Catelo notes both wine and music are related to art. “Both affect the enjoyment of life. Both must give me chills, a sensation which climbs up inside of me, makes me express a ‘Wow!’ like having El Duende, this intense emotional state so intrinsic to Flamenco. As music is everywhere, I often play jazz, such as Miles Davis when reading a wine magazine, like Wine List Confidential!”

Guests value the “efficient, welcoming, courteous and knowledgeable service,” as much as they do Austrian Rieslings, rested Northerly Rhônes and sleek Barbarescos at Medlar, Catelo believes. “They want us to inspire confidence, instil trust and make them feel home. Let’s get back to the basics and exceed their expectations.”

Incidentally, Catelo’s “fantasy” would be to be able to grow Vitis Vinifera on the Caribbean island of Marie-Galante, Guadeloupe, “to make straw wine dried on a mat of sugar cane. Who knows?”

Head Sommelier, Didier Catelo was previously wine buyer for Ernst and Young, with sorties at The Ledbury, Hotel Du Vin, and in Paris, Le Bistrot du Sommelier. He also worked the ultimately lucky 2012 harvest at Domaine Jean-Louis Chave, an experience he describes as ‘humbling’.

Medlar’s engaging wine list is a reflection of London, says Catelo, ‘being eclectic, multicultural, historical and forward-looking’ – not unlike the ethos of the designer, Vivienne Westwood whose boutique is a few doors down the King’s Road. His by-the-glass selection offers a window into the greater list, which may include atypical, even punk, ‘Zind’ – a Chardonnay and Auxerrois from Zind-Humbrecht, Orange Airén from La Mancha, as well as Portugal’s Post Scriptum, and Palo Cortado sherry.

To qualify a place on Catelo’s list, a wine must mirror the philosophy of Medlar’s food, explains Catelo, ‘being generous, welcoming, deliciously good, and with identity.’ Of the world as a vineyard, Catelo is lyrical. ‘There are pearls in every ocean, sea, lake and river – the Great Rift Valley, or a grape such as Koshu in Japan, or a cuvée such as El Molar from Casa Castillo…’ Catelo particularly hopes to expand the offer from the Balkans, too, which he regularly visits, ‘but without falling over in the fashionable side.’

Expect a rich seam of Champagne and sparkling wines, including Charles Heidsieck’s Blanc des Millenaires, Billecart-Salmon’s Brut Sous Bois, and Steven Spurrier’s Brut Reserve from Dorset’s Bride Valley, as well as enigmatic sparkling Gamay in the form of Jean-Paul Brun’s FRV100 which sounds like a superbike. In terms of still wine, there is a big bang of France, Germany, Austria, Italy and Spain, as well as dry Furmint from Hungary, Swiss Chardonnay, Moroccan Syrah, and Sangiovese from Victoria, Australia, as well as a neat selection from the USA and Canada.

Wine service is nothing without good service in general, notes Catelo. ‘Working together – sommeliers, the front of house, chefs and kitchen porters – is the key to success…’

A Chelsea stalwart, Medlar’s charming wine list is curated by head sommelier and buyer, Didier Catelo who joined the team in March 2017.

Didier’s previous posts include stints at The Ledbury, Hotel Du Vin and Le Bistrot du Sommelier in Paris. Its wine list, like its white and green interior, is clean, fresh and neatly laid out, running the gamut from classic French, Italian and Spanish to Australia, South Africa and beyond. The breadth of choice and vintage within each region is as wide as it is bold, with a bottle of Pegasus Bay Riesling from New Zealand’s Waipara Valley listed alongside Galician Albarino and Hungarian Furmint, to a rather tempting bottle of 2006 Vosne-Romanée 1er Cru Aux Malconsorts, Domaine Dujac.

The restaurant owned by chefs Joe Mercer Nairne and David O’Connor, both graduates of Chez Bruce, who together have built up a reputation for quality food, fair prices and impeccable service. Its signature crab ravioli with samphire and brown shrimps in a fondue of leeks and bisque sauce is a must.