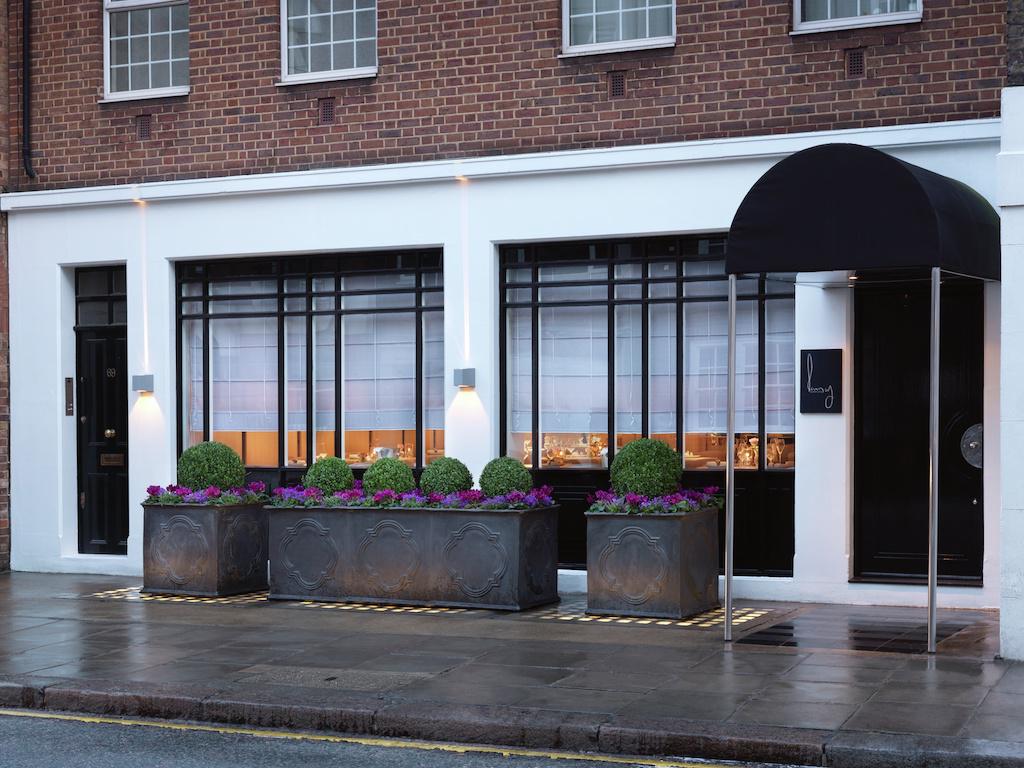 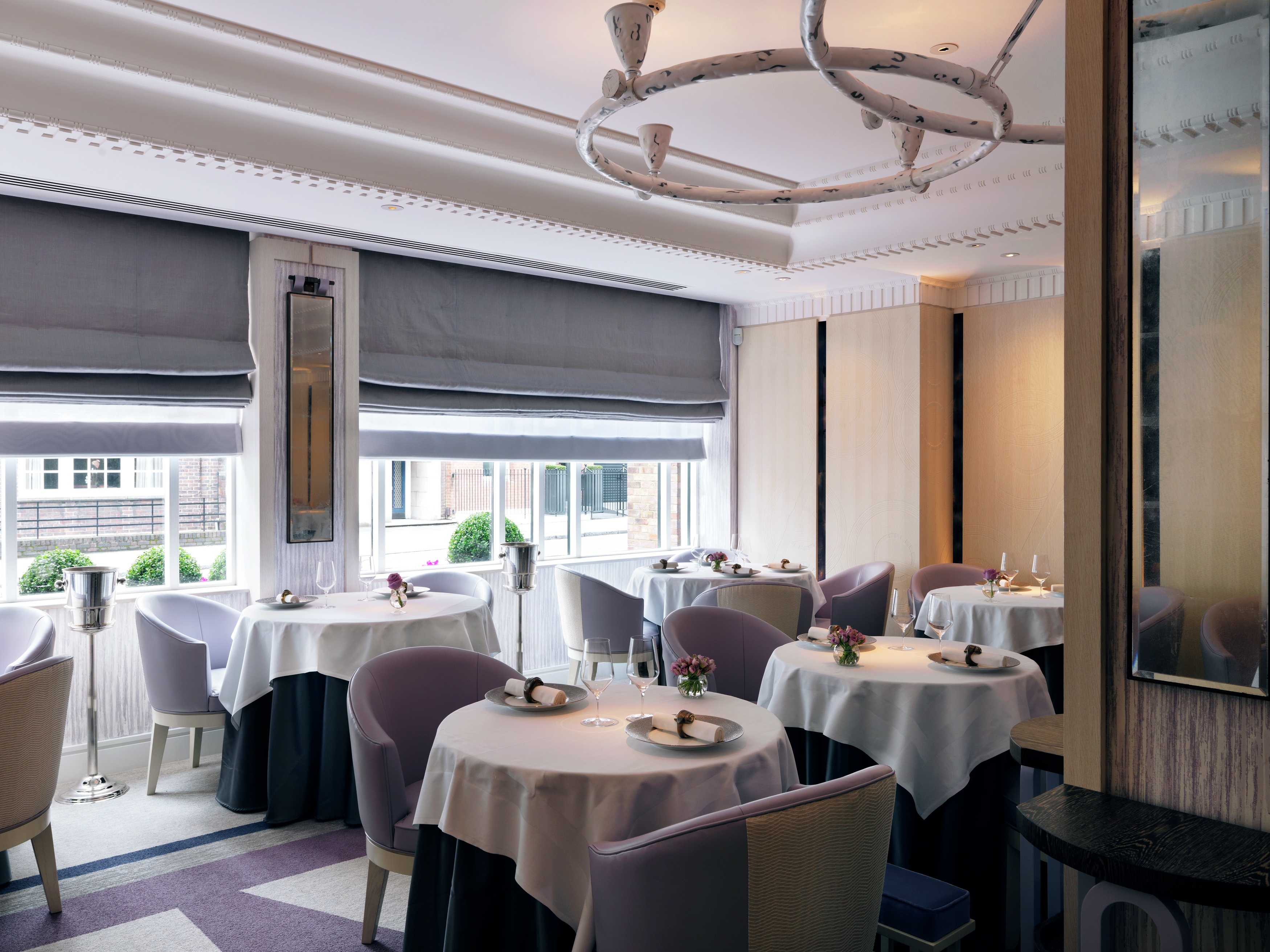 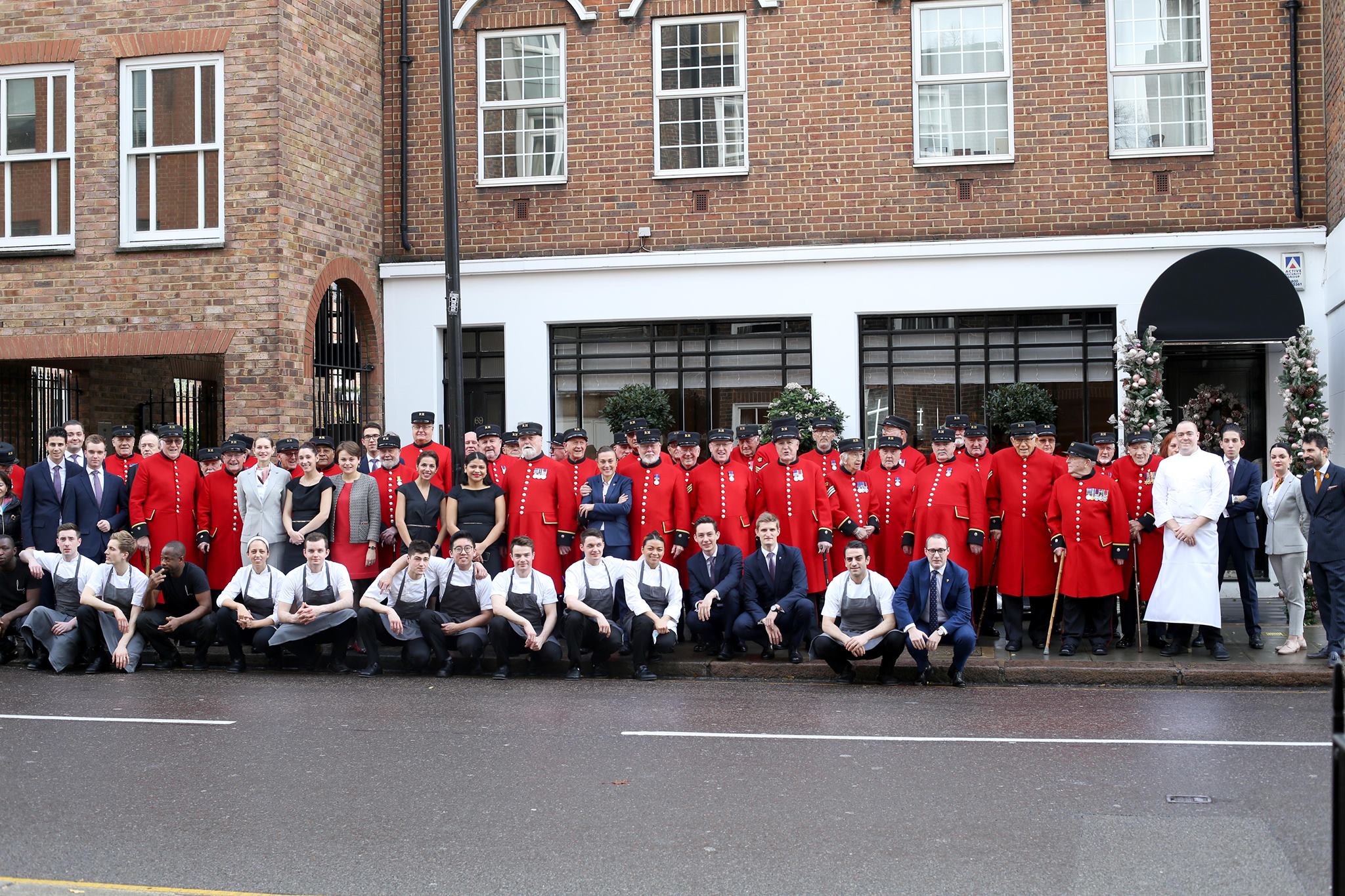 Since reopening on 4th July, Restaurant Gordon Ramsay has seen every seat filled says sommelier, James Lloyd, who went from Croydon to Chelsea where he is devoted to one of the country's most considered and food-focused lists.

“I want wine to evoke fun, curiosity, experimentation and to heighten the guests experience but most importantly not to be pretentious, and I believe the physical list and how it is written can definitely aid in that,” says head sommelier, James Lloyd, who began his wine career in 1999, not in the environs of seventeenth-century Chelsea but South Croydon. His first, “serious” role as he puts it was at Harvey Nichols Fifth Floor restaurant in 2001, followed by Royal Hospital Road a year later as commis sommelier where he remained for four years, “making my way to assistant head sommelier.”

Lloyd’s “barometer” at all times must be the guests wants and needs, and what works with the food of chef, Matt Abé, “who is driving the kitchen forward and continually evolving.”

Preference is given to wines with maturity “which tend to work better with our food meaning the guest has a more balanced, more enjoyable experience.” It also helps if Lloyd and his team, Giovanna Satta, Michal Bílek and Simone Nieri, enjoys what is to be listed. “Sounds simple, but sometimes I feel sommeliers are led by fads or fashions and must trust their palates more.”

Wines also “have to make sense for the money,” something which is clarified in Lloyd’s authored and entertaining list via charts, maps, flavour wheels and facts. ‘”On our Domaine de la Romanée Conti page I introduced little facts such as the size of the vineyard, annual production and the average age of the vines to try to explain why these wines are so valuable and revered.”

Lloyd is fortunate to have curated a large list in the small but massively acclaimed restaurant, but that is not, he notes, licence to overload a section “just for the sake of it.” His personal “soft spots” include Saint Emilion, of which he “just loves the town and the hospitality” and Piedmont, “for the pure fact of rekindling so many fond memories from my time living there,” including an internship at Cantina Ceretto; he subsequently took on the mantel of sommelier at a wine bar on the shores of Lake Garda.

Lloyd and Abé spend an extraordinary four to six weeks polishing wine pairings, including, from the Prestige Menu, pressed foie gras, clementine, hazelnuts and smoked duck. “I pair this with Dönnhoff’s 2012 Oberhäuser Brücke Riesling Spätlese from Nahe. The sugar in the wine is a perfect foil for the richness of the foie gras and the Madeira and black pepper jelly. The fruit profile picks up on the clementine perfectly in the dish allowing the acidity to lift and cleanse the palate.”

This is clearly a place oenophiles can feel cosseted, though for those who don’t drink, there is always the ‘Temperance Bar’, including a ‘Negroni imposter’ made with rosehip and nettles…

The glamorous petite dining salon saw a kitchen refurbishment in January, resulting in the movement of a few bottles from cool cabinets in this space off site. However, wines of the highest quality remain, which ‘have to make sense for the money,’ and ‘be ready to drink,’ according to laser-sharp head sommelier, James Lloyd who has authored an entertaining list featuring charts, maps, flavour wheels and textual factoids, such as ‘back in the day, Montrachet was the wine Grace Kelly brought to wheelchair-bound Jimmy Stewart’s appartment in Rear Window along with a meal from the 21 Club. We would willingly break one of our legs for that kind of delivery service…’

Lloyd details his modus operandi: ‘my barometer at all times must be the guests wants and needs, and what works with the food of chef, Matt Abé,’ adding, ‘I love wines with maturity which tend to work better with our food meaning the guest has a more balanced, more enjoyable experience.’ It also helps if Lloyd and his team finds fervour in flavour of what is to be listed. ‘I must enjoy it. Sounds simple, but sometimes I feel sommeliers are led by fads or fashions and must trust their palates more.’

Lloyd is fortunate to have curated a large list, but that is not, he notes, licence to overload a section ‘just for the sake of it.’

Lloyd began his wine career in 1999, not in the environs of 17th century Chelsea but South Croydon. His first, ‘serious’ role as he puts it was at Harvey Nichols Fifth Floor restaurant in 2001, followed by Royal Hospital Road a year later as commis sommelier where he remained for four years, ‘making my way to assistant head sommelier.’ He subsequently traversed the Atlantic to The London, New York, ‘as part of Gordon’s [Ramsay] opening team.’ A sunny sabbatical saw him take an internship at Cantina Ceretto, Piedmont to work the harvest, subsequently taking on the mantel of sommelier at a wine bar on the shores of Lake Garda.

‘On my return to London, I was head sommelier for Marcus Wareing at The Berkeley. Then I decided to look at the other side of the trade, working at Bibendum as prestige accounts salesperson learning facets I would not otherwise have known. On returning to the floor, I worked at Alain Ducasse, Playboy Club, Selfridges with Pierre Koffmann, finally returning to Gordon at Restaurant Gordon Ramsay in 2016 as head sommelier.’

One of the most important aspects of a wine list is to be able to offer bottles at varying stages of their maturity to suit all palates, says Lloyd, ‘but our list does lean towards the more mature. Many lists will have the big names but choose vintages which are far too young to really work with food and are generally put there because the restaurant knows they will sell them and get good revenue.’ Such complex wines deserve time to find semblance of balance, ‘of fruit, tannins, acid and integration of oak and gain the elegance,’ observes Lloyd. ‘Wine lives and breathes in a bottle. When young like a child, it is boisterous, full-on and immature.’ However, an aged wine, ‘like a mature adult, is better balanced, more focused and elegant.’ Crucially, Lloyd underlines, having great food and service can be let down by a wine which overwhelms. ‘If that is the case then you have let the guest down.’

Lloyd and Abé spend between a remarkable four to six weeks ensuring wines and dishes dovetail on the tasting menu. ‘To explain what sounds an exceptionally long time for this process, Matt and I work tirelessly together. He begins by creating a dish, cooking the individual components which we taste together, giving feedback and suggestions, be it looking at seasoning, herbs, what other ingredients could work to complete the dish. This will go on for weeks until it is, in our eyes at least, perfected. During this process I will be thinking of wines. Being able to break each dish into individual elements really helps my clarity of thought. Once the dish is complete we will taste and I will bring three or four wines to try, making sure the correct glass is used to accentuate the charactistics I want to highlight.’ The type of glass might also change, ‘as we will find one brings out more acidity, which might be required – or more fruit.’ Throughout, Lloyd always involves his team, ‘who must believe in the pairing.’

There are 14 bottles below £50 and considerably more than 100 over £1,000, including flights of Domaine de la Romanée Conti and first growth Bordeaux dating to 1900 (at £10,000), and, at reverse polarity, even some interesting serves from the ‘Temperance Bar’ mocktails selection. Despite the numerous potentially vertigo-inducing price tags, value may be found on this list of liquid history…

A daddy of a list, a daddy of a restaurant. Three Michelin stars are not awarded to restaurants lightly, and the quality of the wine list will have had to keep step with the food.

James Lloyd is in charge of proceedings following the departure of Jan Konetski, and 53 pages later, you’ll be wanting to drink a fair whack of this list.

Lots of large formats for added decadence. Spend as much as you dare – with someone you love very much.

“I am fortunate to be in such a position and will never take it for granted,” says the head sommelier of Gordon Ramsay at Royal Hospital Road, James Lloyd. His history at the glamorous, bijou dining room began in 2002 when he worked as commis sommelier. Today his role at the long three Michelin-starred mother-ship which has also historically been attended to by Ronan Sayburn MS and Jan Konetzki, involves, “being a mentor, leader, accountant, negotiator, cellar-man and most importantly, a guide to our guests,” he says. “On a broader scope, it’s about communicating with the entire wine team across the group to ensure each restaurant has everything they require to operate at the highest standard and we all regularly meet to create new ideas.” Lloyd also liaises with Gordon Ramsay himself, “investing heavily to build a great portfolio of wines to lay down so guests can benefit for many years to come.”

Lloyd’s “barometer” at all times is the wants and needs of his guests. “The guest is king. I listen to, and observe, what they require and create the list accordingly, leaning towards maturity as such wines exude more elegance and balance which works better with chef co-patron Matt Abe’s food. Practically, the list is always an evolution however we have noticed a move towards requests for Burgundy and Bordeaux with Italy close behind.” Regarding the latter country, Lloyd found recently re-engaged with the Alto Adige through a family holiday. “The clarity of the wines impressed me – pure, clean and direct which plays to my rather classic palate.”

Wines must “make sense for the money,” ranging from Château Bauduc Bordeaux Sauvignon Blanc from the likeable Gavin Quinney in Créon, “our house wine since the early 2000s” to Domaine de la Romanée-Conti which features its own page. “I introduced little facts such as the size of the vineyard, annual production and the average age of the vines to explain why these wines are as valuable and revered as they are.’

Lloyd and Abé spend a remarkable four-to-six weeks ensuring wines and dishes dovetail. He gives an example. “For each course of an amazing Château Margaux dinner, there were two vintages of the same wine. After weeks of discussion and tasting between us, Matt came up with a native lobster dish with heirloom carrots, calamansi, fennel and vanilla velouté with the totally different Pavillon Blanc 2016 and 1996. One of the many highlights of the evening.”

Lloyd uses tools to aid perfect service, such as the small, simple and effective digital pen thermometer, “to continuously check temperatures discretely, especially on decanted wines. Such an important part of wine service that largely gets ignored.

During the lockdown, Lloyd home-schooled his children, making him “very respectful of what teachers do every day.” Work-wise, he ensured the restaurant was “prepared for any eventuality” on reopening.