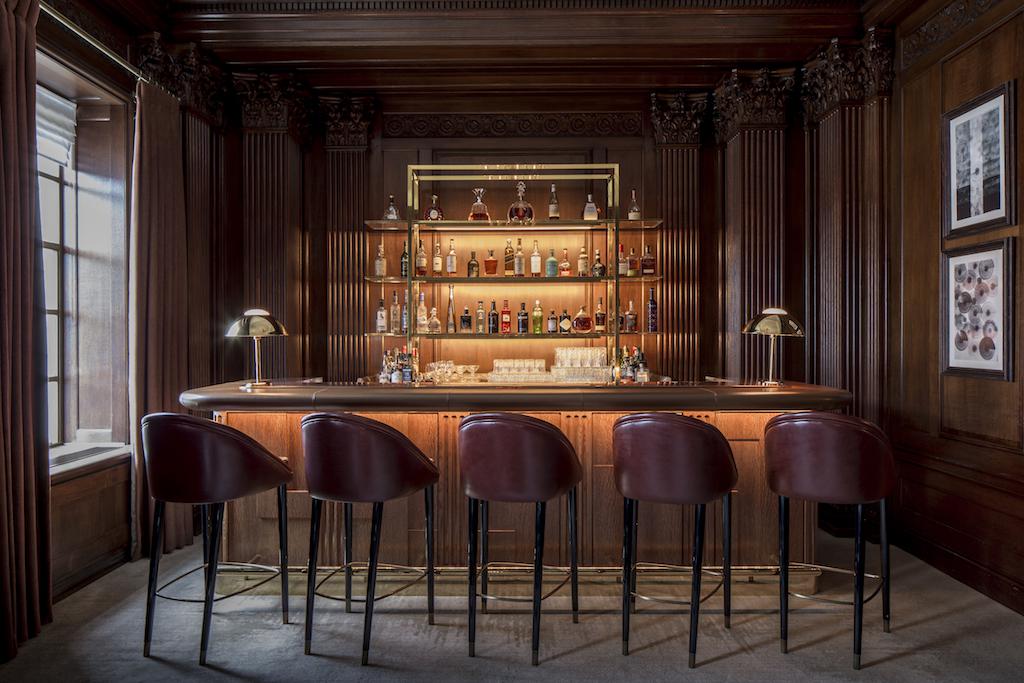 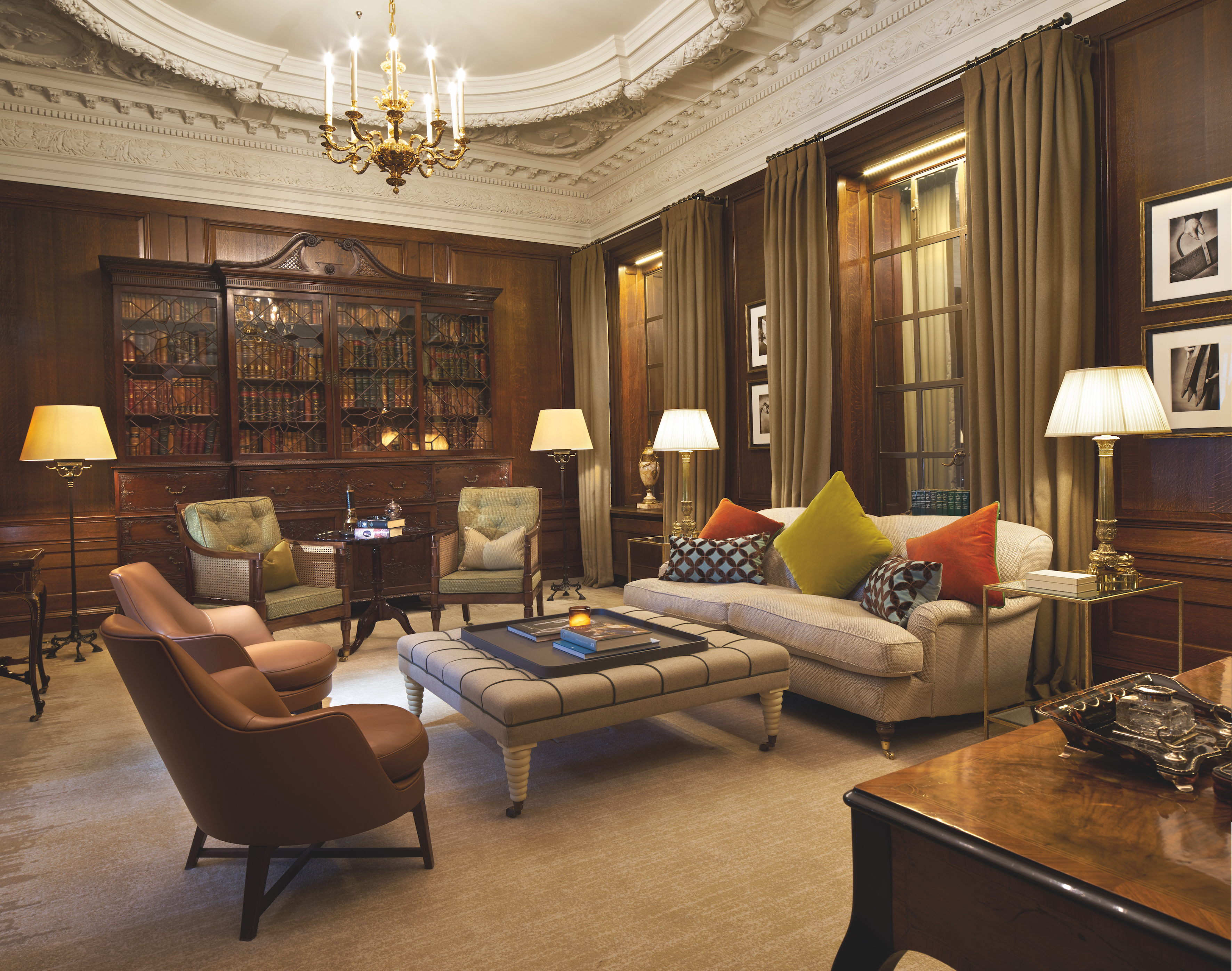 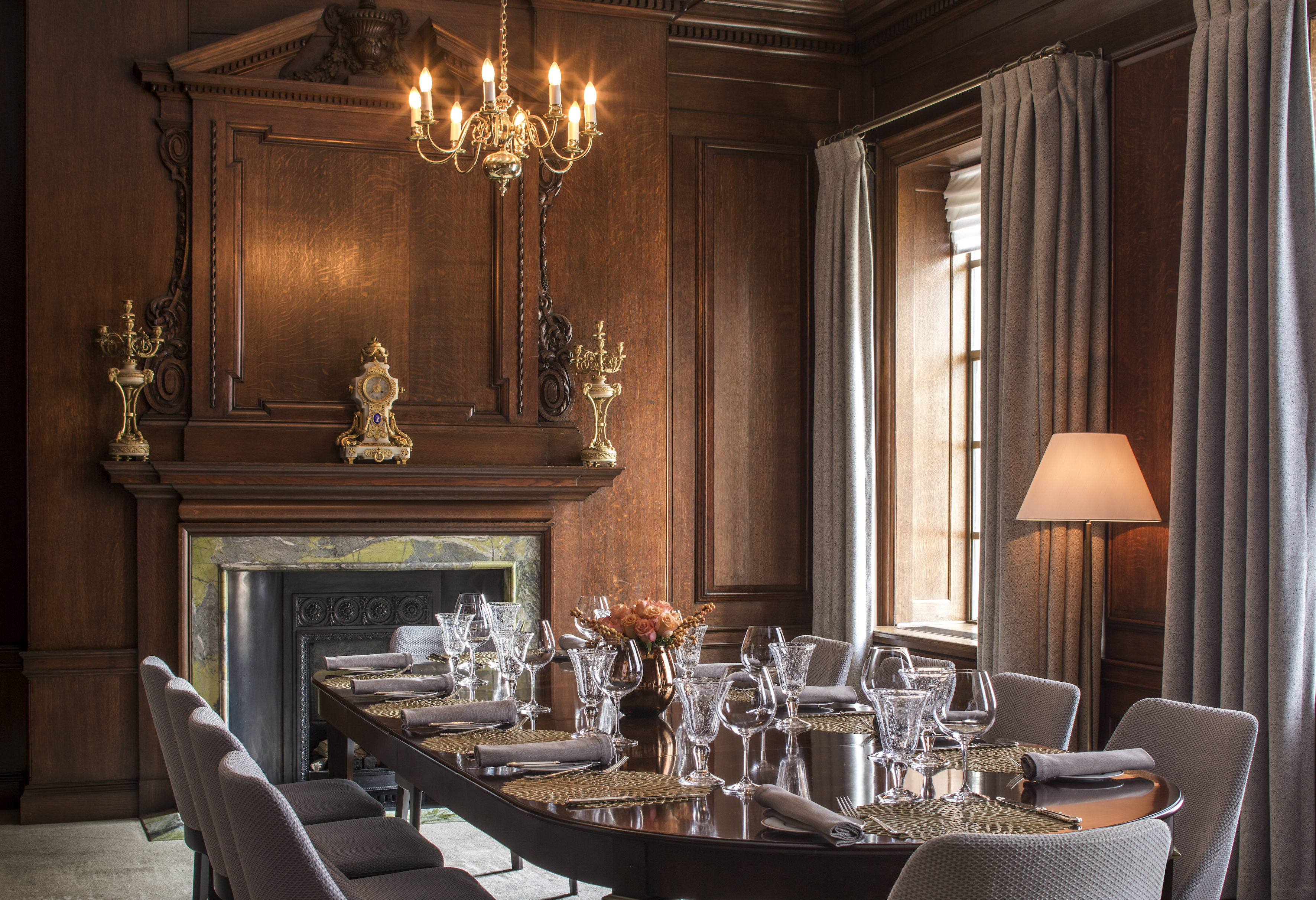 The Club is located towards the top of the Beaux-Arts building, once home to the Port of London Authority. The location featured in Skyfall and The Fast Saga (Fast & Furious stint off: Hobbs & Shaw), and The Crown season three.

Wine prices have softened here by 20% in recent months, “making it much more attractive to use day-to-day, with plenty of villages Burgundy now under £100,” says Jan Konetzki, the dapper Ambassador for Artemis Domaines and adviser for exacting Douro mainstay, Dirk Niepoort. “We wanted to ensure members feel an extra bit of love with each glass and bottle they order.” In addition, the playlist feels less like “spa music” now, “with our own tune which is jazzy and upbeat at night.”

Other news includes the appointment of a dynamic new general manager, Lisa O’Rahilly, whom Konetzki notes is well-prepared to look after the most discerning of guests having worked for Four Seasons for a decade, “setting her up nicely to manage our petit Club.”

Cared for by a team of three sommeliers, including Michele Fazari and Damiano Dionori, is a dazzling collection of thoroughbred bottles, magnums, double magnums, jeroboams and imperials from the Artemis stable at the Club (Bordeaux chateaux, Latour back to 1939 and Siaurac; Grillet in Condrieu; Domaine d’Eugénie and Clos du Tart in Burgundy, and Eisele, Napa)

Konetzki, formerly of the three Michelin-starred Gordon Ramsay at Royal Hospital Road, continues to realise a fascinating calendar of events for the Club’s 800 members, drawn from finance, law and insurance – as well as plentiful entrepreneurs. One occasion was the evening of tea-pepped cocktails, including jasmine pearl-infused martini with “Tea Lady”, Henrietta Lovell, during which she compared the impurity of current London cocaine to tea during the Second World War, “which put people straight on their chairs!” Another saw the writers of Netflix’s Sex Education talk about the process of rejection in getting script to screen, “and how adults enjoy getting an update on the ‘S’ topic,” with a reception of Delamotte Champagne. More vinously-focused topics include, in the Discovery Room, Discovery nights, such as the tasting proving that age-worthiness of Viognier, with 2005 Château Grillet, near Burgundian in weight, matched with saffron risotto and langoustines.

When not at 10 Trinity Square, Konetski ordinarily headlines the PX festival, a hospitality-focused weekend in its third year for people “who dedicate their lives to the culinary experiences of others.” He is also a regular surveyor of media, catching “the late-late American TV shows.”

During the lockdown, Konetzki used zoom “instead of my bathroom mirror,” and Coravin “more than my Laguiole.” He also learned “how bad the structure of our industry is, resulting in attempting to do my part of change it.”

Incidentally, although expertly tailored day-to-day, it may come as a surprise to learn of a job Konetzki did many years past. “Escaping a rude baker boss, I worked as a party promoter for Super Paradise, Mykonos.” Approximating Apollo, the gold-painted Konetzki (with dyed blonde hair) would hand out flyers from a movable throne!

One of the most interesting aspects of a sommelier’s position is the opportunity to meet “exciting people, all the time, eye-to-eye,” says Jan Konetzki. “A sommelier is one of only a few jobs where you can mix easily with people you could not easily touch, be it a national head of state, the person running one of the world’s biggest investment funds, or a person who toured with the Rolling Stones. And it’s nice when they’re interested in what you do and say, ‘I want to have a job swap.’”

Born in an albeit pitiable vintage for wine (1980), Konetzki, who began his professional life as a baker, has risen to the role of governor of all vinous affairs at 10 Trinity Square by the Tower of London. Unravelling within the opulent former headquarters of the Port of London Authority, the often wine-focused complex includes a sumptuous Members’ Club with a collection of Château Latour’s Grand Vin reaching back to 1939, the Dame de Pic restaurant where all roads lead to the Rhône, and Asian fusion, Mei Ume. Konetzki is also the Ambassador for Artemis Domaines and separately, “consultant” (though he dislikes the term) for Douro legend, Dirk Niepoort.

Dapper in a luxurious woollen suit with glittering grapes broach, Konetzki (formerly of the three Michelin-starred Gordon Ramsay at Royal Hospital Road) particularly enjoys realising a fascinating calendar of events for the Club’s 800 members, which includes a strong showing from those working in finance, law and insurance, as well as plentiful entrepreneurs. One occasion was the collaboration with the London Symphony Orchestra, “where music replaced food in a tasting menu,” says Kontetzki. “It was very un-nerdy,” recalls Konetzki of the sensory evening, featuring “a cool, elegant, 2014 Château Grillet, powerful 2015 Vosne-Romanée (Domaine D‘Eugenie), and double magnum of earthy, truffle-y, fragrant 15-year-old Les Forts de Latour.” Of the latter, principal flautist, Gareth Davies said it “gave him goose-bumps, and was much better than my Yellow Tail,” recalls Konetzki. Another event looked at the impact of ageing on wine, asking, “is it comparable to the impact on a human – vibrant and energetic in youth, developing in character and wisdom as it matures?”

Expect a dazzling collection of bottles, magnums, double magnums, jeroboams and imperials from the Artemis stable at the Club (Bordeaux chateaux, Latour and Siaurac; Grillet in Condrieu; Domaine d’Eugénie and Clos du Tart in Burgundy, and Eisele, Napa) alongside cuisine by Anne Sophie Pic’s team of Le Dame de Pic. “There’s a punch of heartiness in the dishes, with a creative take on classic dishes, such as a square steak tartare with mole, green shiso, bonito and watermelon radish. The elevation of sour crispness is very satisfying and quite dramatic.” The latter could work with a young instalment of what Konetzki calls “our house wine, Forts de Latour, which is instantly drinkable with super-soft tannins, crunchy freshness, and very pretty, redcurrant and blackcurrant fruit with a slight iron, subtle meatiness.”

Konetski also finds time to headline events at the PX festival, a hospitality-focused weekend for people “who dedicate their lives to the culinary experiences of others.”

After rising in the glass lift, follow the ruby, red wine like ribbon running through the deep carpet to discover a number of clubby salons, including the Latour dining room, attended by the dapper former sommelier of Gordon Ramsay’s Royal Hospital Road turned Director of Wine and Château Latour and Artemis Domaines Ambassador, Jan Konetzki.

Konetzki’s list features the iconic lion on tower logo of Latour on the first page of the beautifully minimalist document which boasts no fewer than six pages dedicated to the château, linking, at a heavily loaded credit card’s swipe, to an array of dazzling bottles, magnums, double magnums, jeroboams and imperials ranging back to the 1930s. The 1959 rendition is ‘Le Big Mac’ advises Konetzki.

‘We do well with the classics of France, Europe and off-Europe, says Konetzki, modestly. ‘The list is young, composed of some great bottles in the know and out of the sommeliers’ treasure box. A place to marvel at the past and the future while enjoying what drinks well at present. That was what I had in mind creating the list with the team of Château Latour, and Eric Baumard of George V, Paris.’

Cuisine is provided by Anne Sophie Pic’s team of Le Dame de Pic, the chic restaurant which is also open for civilians on the ground floor of the Four Seasons Hotel in this opulent complex, the former headquarters of the Port of London Authority, once one of London’s tallest buildings.

Incidentally, Voss (the water brand) appears throughout the hotel, which may seem odd a placement until one learns the whole site is owned by mind behind the brand, Reignwood.