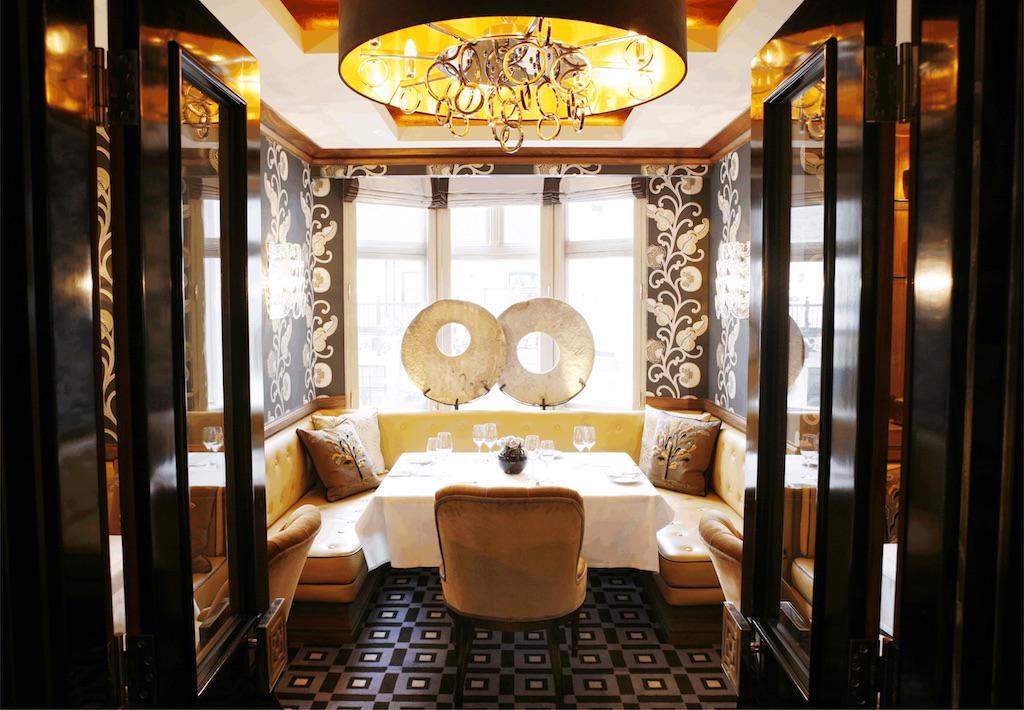 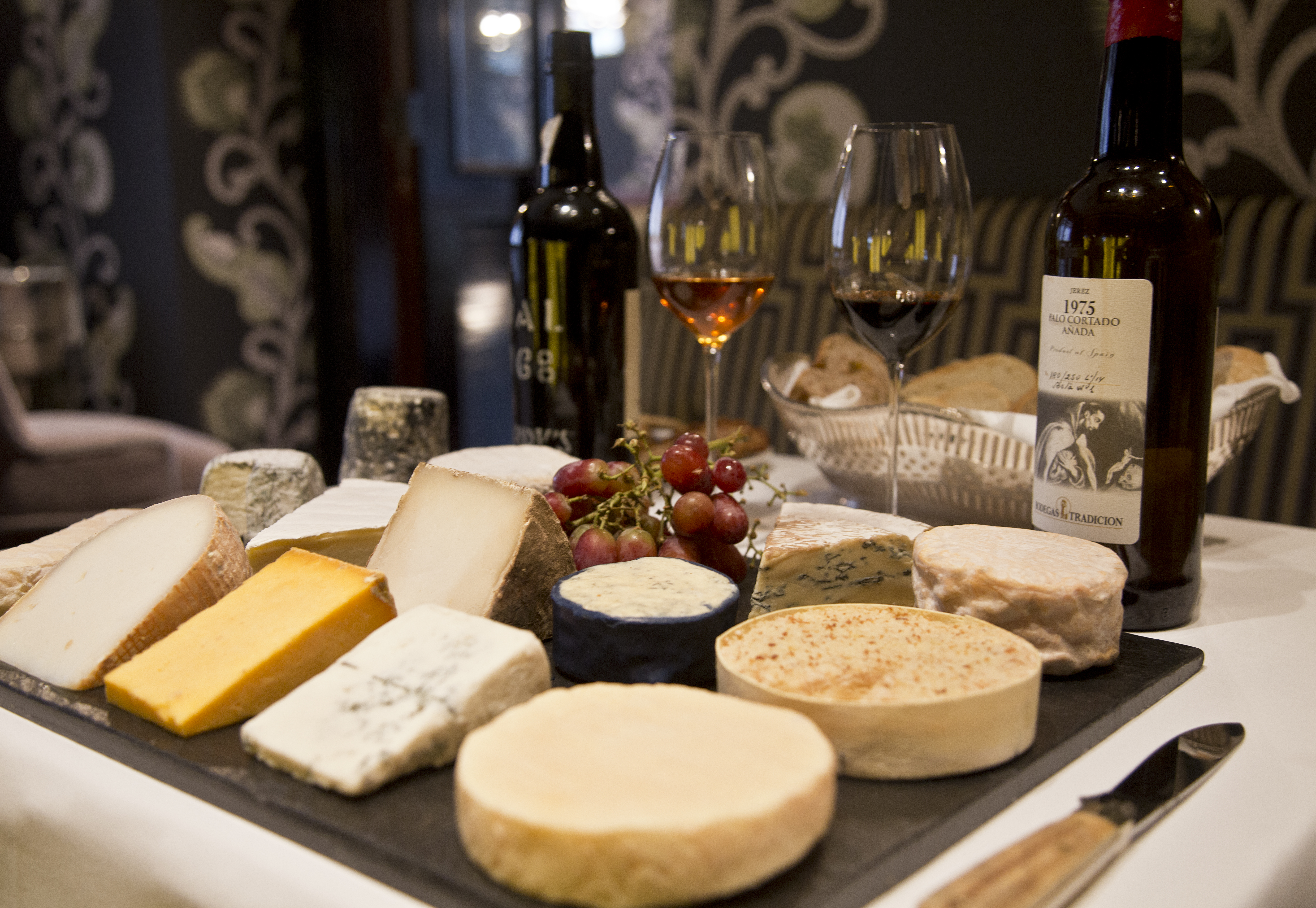 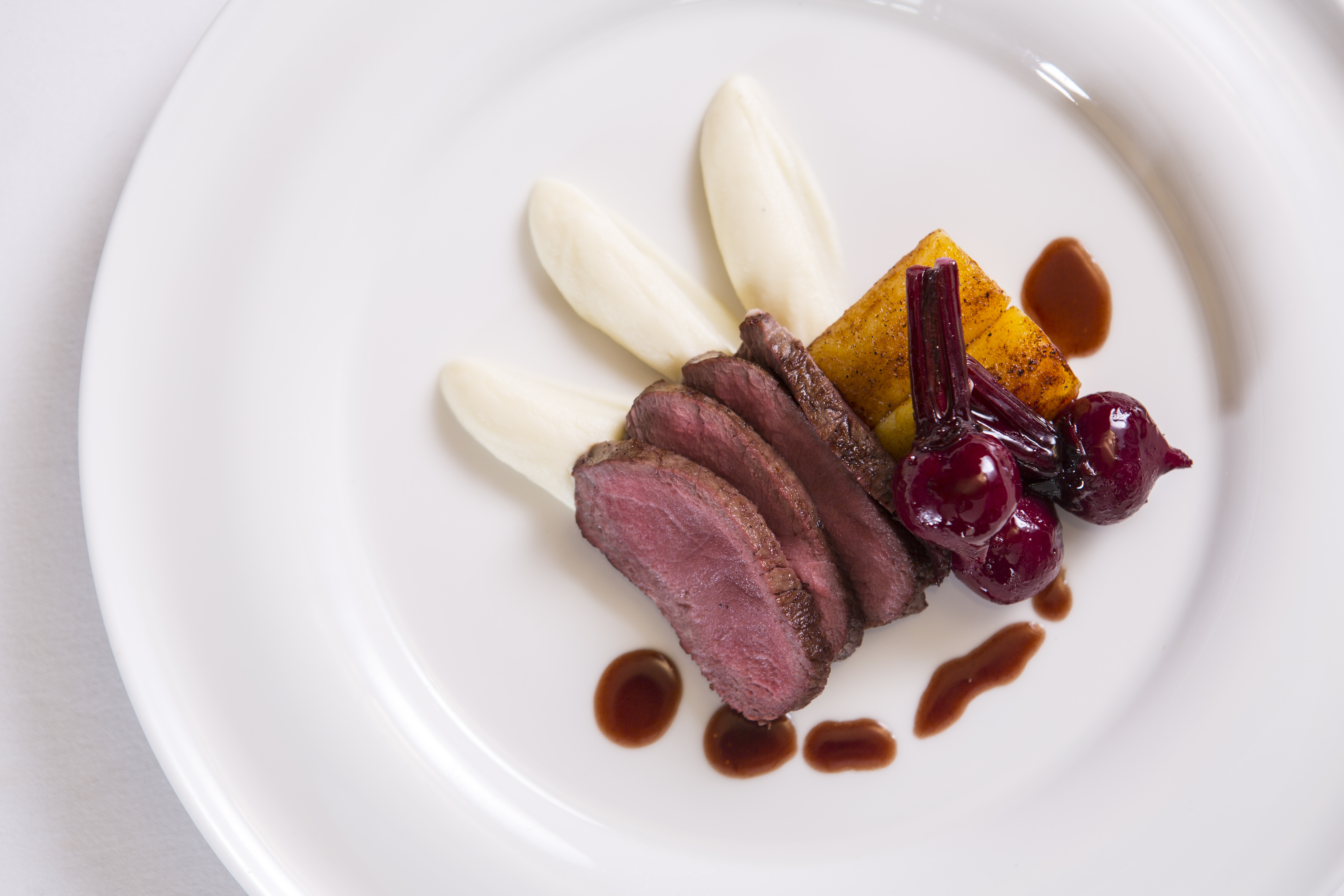 Burgundy rules in The Wine Book at Seven Park Place, but you won't see much of it for less than three figures – thank goodness for Coravin.

In his meticulously researched 104 page ‘Wine Book’, featuring rich depictions of the art hanging in both dining room and bistro, and insightful gobbets on producers and regions, Head Sommelier, Gonzalo Rodriguez Diaz, has created a highly readable collection of some of the world’s hardest grafting wine producers. Despite the powerfully decorated, Michelin-starred restaurant only having 26 covers spaciously dispersed over nine tables, all of the selections – approaching 1,100 lines – may be ordered via room service to the 56 bedrooms above making this five star hotel a residential wine destination.

Rodriguez Diaz, whose CV includes Stovell’s in Chobham, Thackeray’s in Tunbridge Wells, and in London, Theo Randall at the InterContinental, Park Lane is a particularly enthusiastic and creative sommelier, at his happiest, it seems, when recommending special Burgundies such as DRC proximate, Vosne Romanée Les Gaudichot, of which he proudly managed to secure a 12 bottle parcel, less usual Burgundian style wines from outside of Burgundy, such as the still reds of the Côteaux Champenois (such as Larmandier Bernier Vertus 1er Cru and Bollinger La Côte Aux Enfants Aÿ Grand Cru), and even more esoteric finds, perhaps in the form of Negotinska Kraina, Poema Francuska Vinarija from Serbia.

Harking from Potes in Calabria, a town of circa 1,360 people, but with no fewer than five distilleries crafting 50% plus grape pomace aguardiente de orujo, Rodriguez Diaz cautions that at the annual Fiesta de Orujo, it is possible to ‘wake up in the middle of the night with a foot in the river.’

Rodriguez Diaz inherited his love for wine from his grandfather, whose motto was ‘wine is life’. Indeed, Rodriguez Diaz recalls visiting restaurants since he was a toddler, ‘but I ordered like an adult.’ Today, he owns a vineyard in Toro, being ‘a great place to escape busy London where I relax immensely with my wife. And not bad wines come from Toro!’

Dishes by head chef, William Drabble, whose CV includes Aubergine, Pied à Terre and Michael’s Nook Country House Hotel in Grasmere (where he gained a Michelin star at the age of 26) may include Carpaccio of hand dived scallops with Jerusalem artichokes and truffle, perhaps paired with the first vintage of Hugel’s Schoellhammer (2007), Delas’ Hermitage Blanc 2002 with poached native lobster tail, cauliflower purée, roasted cauliflower and lobster butter sauce, and, ‘ka-boom!’ says Rodriguez Diaz, seared foie gras with poached Yorkshire rhubarb, rhubarb purée, ginger purée and gingerbread crumbs with 1979 Verdelho (Blandy’s). Explaining that match, Rodriguez Diaz says he is ‘not a fan of Sauternes in the middle of a meal, which can unbalance the menu.’

Also note the restaurant’s attention to single estate, Specialty grade coffee, and even water, with a dedicated water menu.

Burgundy rules in The Wine Book at Seven Park Place – but don’t expect to pay anything less than three figures for the vast majority of it. Unless you’re rich or spending someone else’s money, you may have to settle for decent vintages from the ‘lesser’ appellations, or indeed bypass the Cote D’Or altogether and plump for a Beaujolais – Thibault Liger-Belair’s ‘Les Rouchaux’ Moulin-a-Vent is a charming wine and is only £68.

Who needs Richebourg and La Tâche? Well, maybe not…

Scanning down the list, as befits this ritzy restaurant at St James Hotel and Club, France dominates country-wise. There’s a decent spread of vintages among the classy BBR (Bordeaux, Burgundy and Rhône) and Alsatian listings – Domaine D’Ostertag’s 2009 Pinot Gris is a goodie and mercifully under £100. Jura also gets good coverage, with Stéphane Tissot’s 2007 Traminer just £56 and the frankly mesmerising Daniel Dugois Vin Jaune 2006 (£95) an absolute must if you’re having cheese.

German Rieslings are very well covered, as are the top Italian region. Spain slightly less so, while the New World is very much an also-ran in terms of range. The by-the-glass range is short but excellent, while there’s a fine selection of superstar wines available by Coravin.

Head sommelier Gonzalo Rodriguez has earned his berries at Stovells in Surrey and Thackerays in Tunbridge Wells. He notes that about 75% of the restaurant’s wine sales are through the pairings for chef William Drabble’s tasting menus.

You’ll find three different pairings for the tasting menus: ‘Discovery’, for which Rodriguez pairs the food with unusual wines from lesser known regions or grapes; ‘Premium’, pairing classic wines from good vintages from regions around the world; and ‘Burgundy’, which has, and conceived in response to St James guests’ apparently insatiable thirst for wine from the Cote D’Or.

It’a not all safe bets, either – Rodriguez likes to introduce guests to lesser known regions, grapes and styles, when possible – as exemplified by the selection of still Coteaux Champenois whites and reds.

Pricing is the going rate for Mayfair – so quite high, but if you’re canny and prepared to go off-piste you’ll find the odd bargain – the Tissot Traminer 2006 being a case in point.