The Game Bird at The Stafford 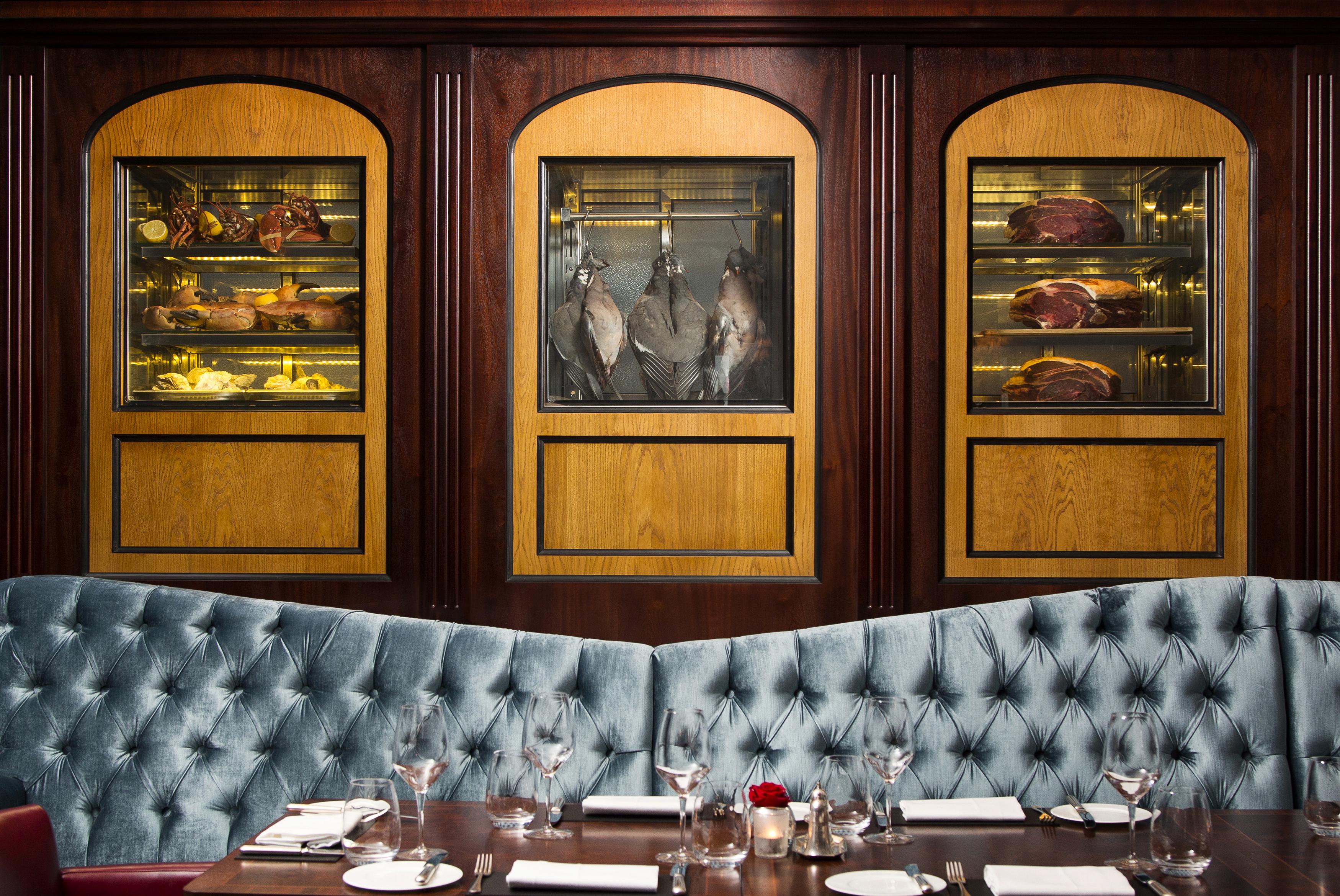 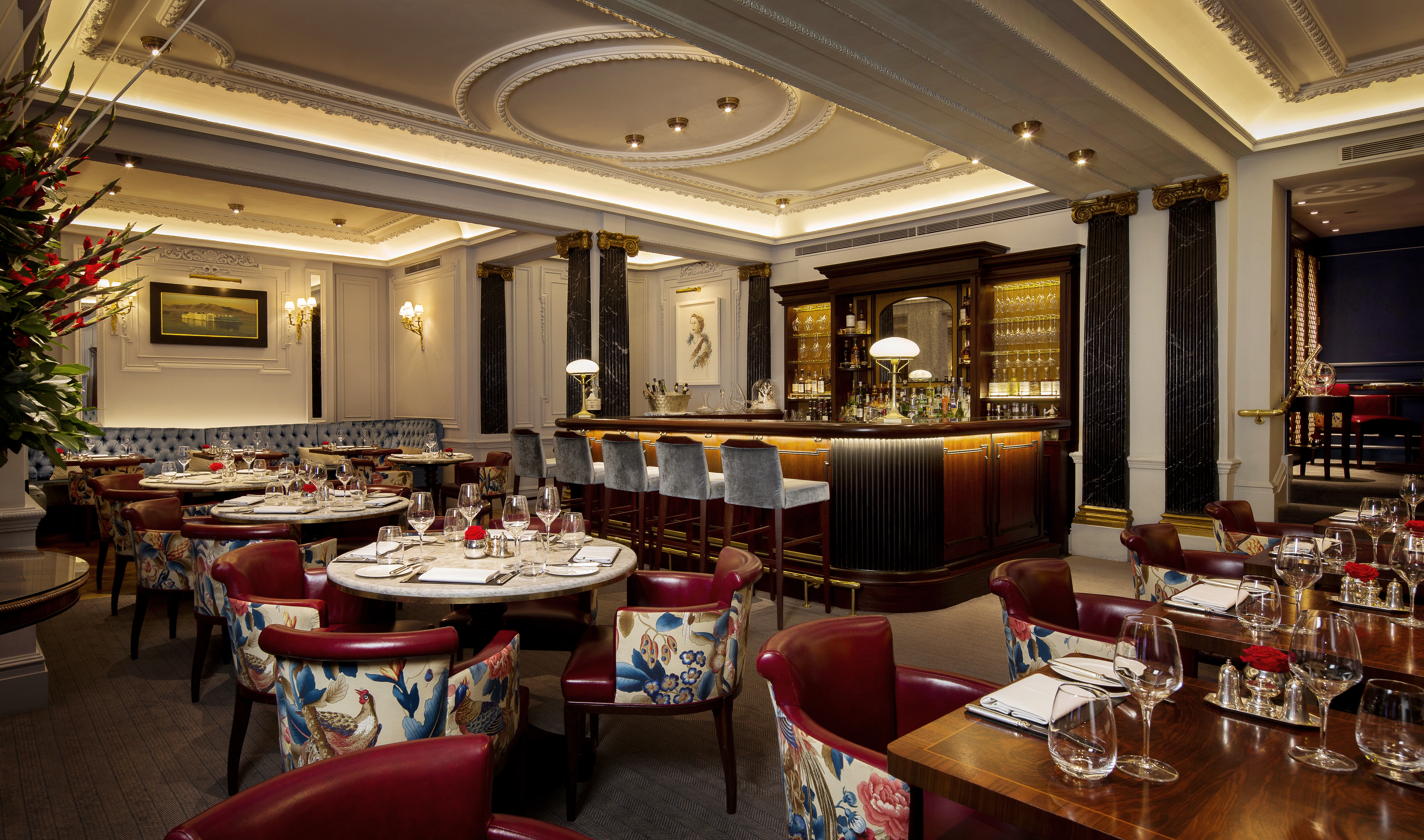 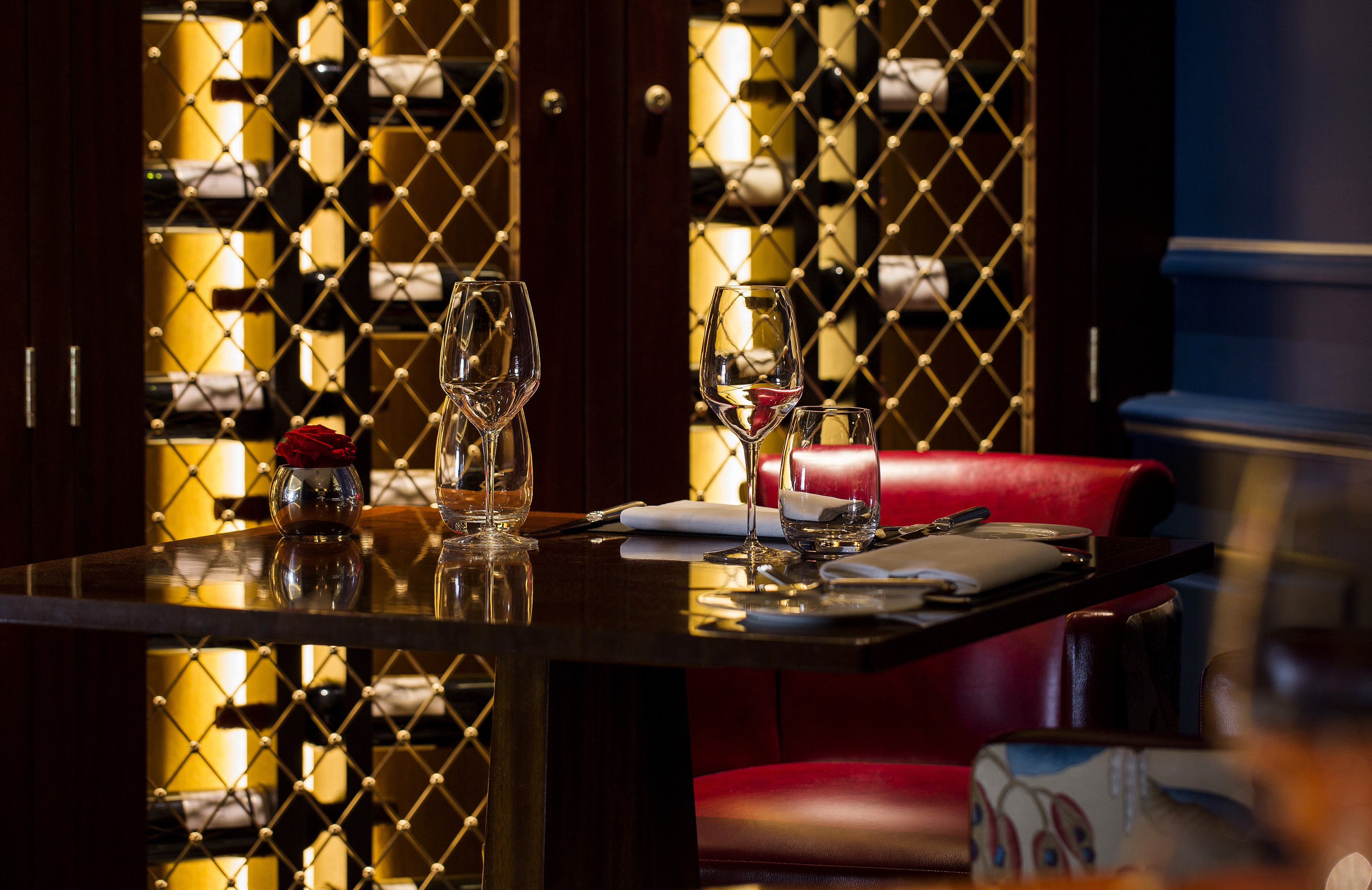 Only bought in critically acclaimed vintages, bottles are rested in the ample, candlelit cellar in which you can dine and sometimes perform during Champagne sabrage events.

A Master Sommelier since 1981, Nardella always tells his producers and suppliers how much he appreciates their work. “The better their wines become, the happier our lives are,” Indeed, the vinous veteran been purchasing directly for four decades, always refusing lesser vintages. “Yes, they’re cheaper, and our margins would increase, but our extensive cellars allow us to store the great vintages.” Hence, Nardella eschewed Bordeaux and Burgundy from 2011-14.

Nardella ensures his long-standing sommeliers, Sylvain Marais and Giorgio Scarsella, who he envisions as his “heirs” at The Stafford, know through experience how to make wine, venturing, between them, to prune in Bordeaux and make wine in Zaragoza and Stellenbosch. “They must understand viticulture and viniculture and meet producers otherwise there’s no story to tell beyond the back label.”

Although Bordeaux and Burgundy still top guests preferences, the restaurant which was candidly named by valiant GM of The Stafford, Stuart Procter, also features wines from India (Sette Sangiovese/Cabernet), China (Changyu Vidal Ice Wine) and Japan (Grace Vineyards). Nardella is also fascinated by the quality-to-value ratio of South African gems, and “the chalk hill spine” running from southerly England to Champagne. A dozen English sparklers, therefore, feature, including Nyetimber’s vivacious demi-sec with afternoon tea. “I believe England has the potential to challenge Champagne without wanting to be Champagne.”

Of the cellar’s 10,000 bottles, including Lafite, Latour and Mouton and domaines, Armand Rousseau, Anne Gros and de la Perdrix, only a fraction, when deemed ready, are available via the constantly updated wine list. Whenever possible, Nardella takes guests into the candlelit cellars, which even feature an historic air-raid shelter, “so they can choose the wines to accompany their lunch or dinner.”

Despite the five-star location, which underwent a £3m refurbishment to bedrooms, Nardella is keen to point out the provision of at least 30 bottles, £40-£70.

Overseen by chef director, Ben Tish, “who is particularly keen on organic wines and ingredients,” the menu dives deeply into game come the season, with perennial staples being the dedicated salmon trolley, and, warranting a craft bib as protection against the truffled garlic butter within, a king-sized chicken Kiev. Also popular is the duck and foie gras Wellington to share. On Sundays, expect a trolley conveying beef rib on the bone. “I’d come and queue for it if I was a customer!” says Nardella.

Harking from Southern Italy, Nardella rediscovered his country’s vinous riches for the launch of the company’s Charlotte Street restaurant, Norma. “I wasn’t keen on the chaos of the territory 20 years ago, though wines have become much more polished.” Norma features traditional method Falanghina, a collaboration between Feudi Di San Gregorio and Champagne producer, Anselme Selosse.

Outside of work, the Negroni-loving Nardella and his French wife, Veronique, both of whom have “a lust for life,” visits museums and exhibitions such as the art of William Blake and Modigliani, as well as visiting the Baltic. “I always go to mingle at markets first,” he says.

“If I had the opportunity to wind back the clock and make my dreams come true, I would now be a maths professor (but still enjoying wine of course!)” reveals Gino Nardella, who worked in the regions his list focuses on – Bordeaux and Burgundy – before becoming a Master Sommelier in 1981.

Nardella and his doublet of sommeliers, Sylvain Marais and Giorgio Scarsella simply won’t compromise by buying lesser vintages. “Yes, they are cheaper – and our margins would increase – but our extensive cellars allow us to store the great vintages.” And Nardella, Maraia and Scarsella convene to consider every label, “and are starting to see the 2015 vintage beginning to arrive.”

Although Bordeaux and Burgundy still top guests’ preferences at the restaurant, which was candidly named by full-blooded GM of The Stafford, Stuart Procter, they are open to having their palates challenged. Hence the expansion to accommodate wines from India (Sette Sangiovese/Cabernet), China (Changyu Vidal Ice Wine) and Japan (Koshu Private Reserve, Grace Vineyards). Nardella is also fascinated by the quality-to-value ratio of South African wines, and “the chalk hill spine” running from the south of England to Champagne, “providing home-grown winemakers with the opportunity to challenge Champagne.”

Of over the 600 labels in the cellars, including Lafite, Latour, Mouton and Armand Rousseau, only 300 are available via the constantly updated wine list. Indeed, whenever possible, Nardella takes guests into the cellars, which even feature an historic air raid shelter, “so they can choose the wines to accompany their lunch or dinner.” Larger parties may also dine there. “When we host wine tastings in the cellar, we all tend to enjoy the wines that little bit more.”

Overseen by chef director, Ben Tish, the depthful menu may include steak tartare with charcoal mayonnaise, and from a dedicated trolley, cured fish spritzed with The Balvennie, cheeses presented in a gun box, and, warranting a leather bib as protection against potential spurts of garlic enriched viscera, king size chicken Kiev with truffle butter, as well as game in season, displayed in the dining room. “We’ve just added a fantastic duck wellington to our menu and it pairs beautifully with a glass of Nuit St Georges 1er Cru, Clos des Forets, Domain de L’Arlot, 2005,” says Nardella. “Me and my Burgundies!”

The comforting menu may include steak tartare with charcoal mayonnaise, trolleys of cured fish spritzed with The Balvennie, cheeses presented in a gun box, and, warranting a leather bib as armour against potenital spurts of garlic viscera, a king size chicken Kiev with truffle butter, as well as game in season, displayed in a locker in the dining room.

‘We buy only wines of outstanding quality and value for money,’ says esteemed and friendly Master Sommelier, Gino Nardella, who worked in Bordeaux, Burgundy and the Languedoc before becoming a Master Sommelier in 1981. ‘We don’t buy wines made in poor vintages. Yes, they are cheaper – and our margins would increase – but our extensive cellars allow us to store the great vintages. We haven’t bought from Bordeaux in 2011, 2012, 2013 or 2014 – the same in Burgundy with two exceptions. We will list only those wines which are extremely enjoyable, best representing the country of origin, region and grape variety. While it is easy to fill a wine list with Cult Labels, that just isn’t us.’

Nardella and his two sommeliers convene to validate every label. ‘Sylvain and Giorgio share the responsibility of searching for that sometimes elusive great bottle. After every tasting, we take time to justify wines earmarked for the list, and we sit down with our chef to discuss the menu and eventual new dishes. Beside the restaurant, we host many events in our old wine cellars and our collaboration with the kitchen is vital.’ However, when it comes to food and wine matching, Nardella describes himself as a libertine, ‘loving trying new combinations.’

Of over the 600 labels in the cellars, including Lafite, Latour, Mouton and Trotanoy, only 300 are available via the constantly updated wine list. Indeed, whenever possible, Nardella takes guests into the cellars, which even feature an historic air raid shelter, ‘so they can choose the wines to accompany their lunch or dinner.’

‘We love to hold on to few bottles of our wine and age them and whenever the occasion calls for it they will be uncorked.  Last week I opened a bottle of Chambolle-Musigny from Labouré-Roi 1985. What a joy.’

Nardella says all of the what he considers to be major wine producing countries are represented on his list, as well as fizz from England and Canadian Ice Wine. ‘Giorgio is off to South Africa for a working experience in the cellars of a great estate and, I am sure, on his return our South African wine selection will grow by quite a bit…’

The Game Bird opened in March of this year, offering informal dining within the grand surrounds of The Stafford Hotel in London’s St James, under the eye of decorated chef James Durrant in March. Having spent 20 years in the trade, Durrant’s previous posts include stints at Royal Hospital Road, Gordon Ramsay’s three-Michelin-starred Maze, Claridge’s, again under the tutelage of Ramsay, and again at Maze, returning as head chef working alongside Jason Atherton. In 2010 James left Maze to pursue his ambition of opening his own restaurant, temporarily working as a Private Chef for the Rothschild family, and later launching The Plough Inn in Longparish, Hampshire, in 2012, which has since closed.

The Game Bird sits alongside The Stafford’s existing private dining rooms, its 380-year-old wine cellars, and American Bar, with Durrant working closely with Master Sommelier Gino Nardella to bring its wine and food offer together. The 600-strong wine list, while vast in its scope, offers a careful balance of new and old world wines with prices ranging from a comfortable £39 Chardonnay from Chile’s Aconcagua, to a wallet-busting £3,450 for a Château Mouton-Rothschild 1982, as well as a robust by the glass offer.

The historic wine cellar’s main purpose is to house back vintages of Bordeaux, Burgundy and beyond, but at its very depths is a ‘secret’ collection of WW2 memorabilia, left behind by visiting soldiers in the 1930s and 40s, which Nardella will show you if you ask nicely.

The Game Bird at The Stafford