Resident foodie, Lucy Shaw, gets nostalgic at Nobu about her first heavenly taste of black cod with sweet miso, at the global restaurant group’s Shoreditch hotel. 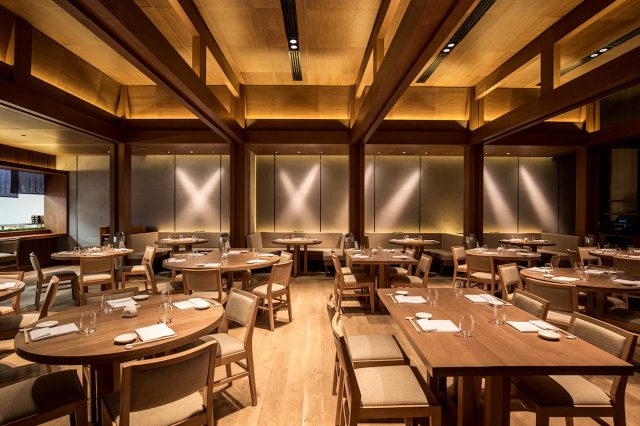 The concept: Long before I began writing about food and wine I dined at Nobu, and the meal I enjoyed there lives vividly in my memory, like a fairground ride inspected through glass.

A student at the time living on a diet of cheesy nachos and bacon Super Noodles, it was my first exposure to high-end dining with a whiff of celebrity glamour thrown in for good measure.

My first taste of sushi master Nobu Matsuhisa’s signature dish – black cod steeped in sweet miso – a sweet-savoury creation that takes three days to make, was an epiphany and flung open the doors to an exquisite world of tastes and flavours I’ve been hungrily chasing ever since.

I remember the swan-white flesh falling apart in elegant slivers at the lightest touch of my chopstick. Then came that first taste of the sweet miso.

Unlike anything I’d ever before experienced, it took me somewhere special, somewhere heavenly, to a place you can only go a few times in your adult life once experience and cynicism begin to blind you to the brilliance of wonder and the joy of seeing things through fresh eyes; that enviable world of the uninitiated.

The Nobu name is known the world over, but founder Nobu Matsuhisa didn’t have an easy ride making his name. Working as a chef from the age of 18, at 24 he was persuaded to travel to Peru to open his own restaurant that married the best of Japanese and Peruvian cuisine.

After a brief stint in Argentina Nobu moved back to Japan, then, having secured funding from a friend, opened Anchorage restaurant in Alaska. The venture was shortlived and Nobu had to watch his dream go up in smoke after the restaurant perished in a fire.

Broken and bankrupt, he returned once again to Japan with his wife and daughters, before making the move to LA to work in a tiny six-seater sushi bar, where he remained for six years perfecting his signature style of Peruvian-Japanese fusion.

Going for another bite of the apple, in 1987 Nobu opened his eponymous Matsuhisa in Beverly Hills, which quickly became a celebrity magnet. The story goes that one day Hollywood royalty Robert de Niro walked in, tried the black cod and was so blown away that he asked Nobu to go into business with him.

The pair opened their first Nobu in New York in 1994; a celebrity honeypot and business lunch favourite for the city’s movers and shakers. In the last 24 years, the brand has gone global and now spans 39 restaurants across five continents, including 15 sites in the US alone.

The décor: Housed in the belly of the hotel, to get to the 240-cover restaurant you have to descend a dramatic staircase to the sounds of thumping house.

With its glittering back bar, pumping music and low lighting, it feels more like entering a high-end nightclub than a restaurant. There’s something distinctly Sex and the City late-’90s about the vibe and the well-stocked bar back would make a great date spot, as would the outdoor terrace on warm summer nights.

The dining room itself is very zen in its minimalism and is constructed almost entirely out of wood. You get the feeling they want the food to be the star of the show here, rather than flamboyant design details.

The food: The best way to enjoy some of the highlights from the menu is via the omakase tasting menu, which acts like a Nobu greatest hits compilation. Formed of seven courses, among the highlights is the very first dish and a Nobu classic: yellowtail sashimi with jalapeño, which is far less fiery than it sounds.

Served as a trio of iridescent silky slivers swimming in a sweet yuzu-laced soy sauce, the delicate fish hit all the flavour hotspots, from salty and spicy to sour and sweet, the saline flavour of the fish detectable throughout.

Another joyous ensemble was the tuna sashimi salad with Nobu’s signature Matsuhisa dressing combining a symphony of Asian flavours, the most dominant of which was toasted sesame. The glistening purple chunks of Japanese blue fin tuna were flappingly fresh and pleasingly meaty, and were made all the more magnificent by the sweet-savoury dressing.

A quartet of nigiri was perfectly pleasant, albeit unremarkable, the highlight being a tiny cube of crunchy fried rice topped with salmon tartate.

Signature dishes: No trip to Nobu would be complete without trying the dish that shot Matsuhisa to fame – the aforementioned black cod in sweet miso. Perhaps in a hat tip to his ill-fated Anchorage venture, the cod hails from Alaska, and is left to marinade in its miso bath for three days before baking.

While mine was wonderful, it failed to live up to the ethereal experience of my first taste of black cod all those years ago. But I think this has more to do with me than the execution of the dish.

Over the years I’ve been exposed to so many wonderful flavours and amazing sensory experiences that it takes more to knock me for six these days. My treasure chest of taste memories is so much larger than it used to be, it’s harder to reach those flavour highs.

The cod was perfectly cooked, its skin browned from the marinade and interior snow white, the miso sweet and giving. Another must-try is the rock shrimp tempura – little golden globes hiding moreish bites of sweet shrimp begging to be bathed in pools of zappy ponzu and flamingo pink spicy sauce.

The drinks: Start the night with a cocktail from the bulging back bar. We like the sound of the Nobu Sidecar, which blends Chita Single Grain Japanese Whisky with yuzu and Mendoza orange liqueur.

The wine list has an extensive offering from France, including the likes of Didiger Dagueneau’s Silex and Domaine Leflaive Puligny-Montrachet at the top end to keep the braying bankers happy.

The by the glass selection is small but not without its charms. Among the whites are a Pinot Bianco from Alto Adige producer Aloïs Lageder and a sprightly tangerine and white flower-scented Crozes Hermitage Blanc Les Jalets from Paul Jaboulet blending Marsanne, Grenache Blanc and Viognier.

But while the wines are a safe bet, it may be more interesting to explore the extensive saké selection, with the omakase menu offering saké pairings. Our Hokusetsu Honjozo Yukino Hibiki was as clean as a whistle with refreshing notes of peach and pear.

Who to know: Abruzzo-born sommelier Alessandra will walk you through the wine list with ease.

With its clubby feel, Asian fusion cuisine and sharp-suited clientele, the place feels like a throwback to the unashamed decadence of the early noughites before the global financial crisis ruined the party.

With restaurants in London closing at a worrying rate, you’ve got to admire a brand that is not only surviving but thriving and expanding. I envy Nobu newbies their first exquisite taste of black cod, which for me, is but a sweet memory. 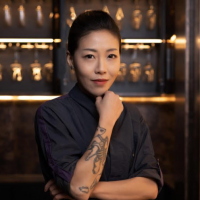 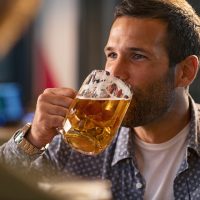 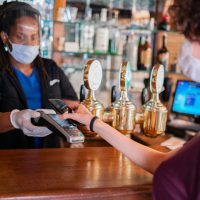 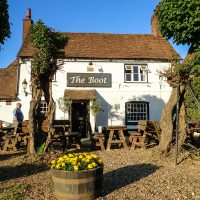 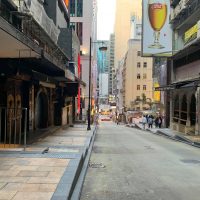